Charlize Theron got that memo.

During brief but powerful remarks Monday evening at the 10th anniversary celebration for the Charlize Theron Africa Outreach Project, the Oscar-winning actress nodded at the past and made specific pledges about the organization’s future, and, because this is Theron, dropped a few f-bombs along the way.

“CTAOP was a dream of mine from for as long as I can remember,” said Theron, standing in front of an intimate crowd of VIP guests inside Georgie at Montage Beverly Hills. “As long as I was a young little girl in South Africa about to enter my own adolescence when HIV and AIDS started popping its ugly head out. It was a dream of mine when I remember being in a car with my mom driving one of her employees to the hospital. And the week after that, we did it again.”

Why Stars Like Jennifer Aniston, Sarah Paulson and Charlize Theron Are Backing Andrea Riseborough in 'To Leslie'

Charlize Theron and Issa Rae Honored at THR's Women in Entertainment Event: "Keep Using Our Voices and Platforms for Something Greater Than Ourselves"

“People were dying and nobody knew why,” continued the South Africa-born actress. 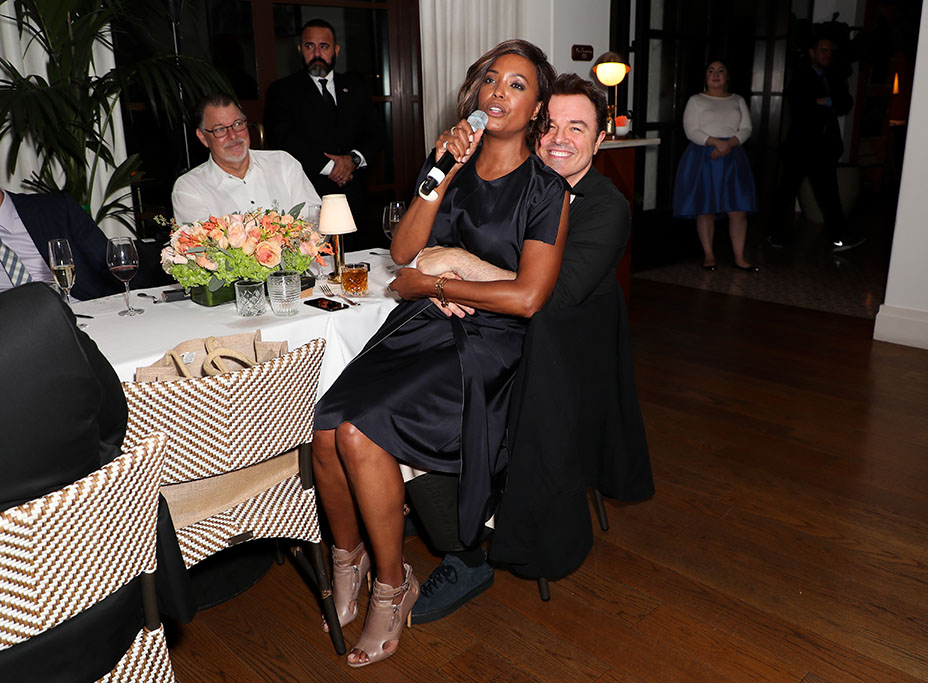 “As a young girl, it was incredibly frightening,” she added. “In the early ‘90s, I came over here [to the U.S.] and I was fortunate enough to have a dream job doing something that I absolutely love. I felt so lucky, but every time I went back to South Africa, I saw the devastation that HIV/AIDS was causing.”

Having exposure to the horrifying disease — according to CTAOP’s website, 78 million people have contracted HIV since its discovery, 39 million have died of AIDS-related causes and 35 million people are living with HIV in the world — pushed Theron to make her dream a reality. The organization is now 10 years old, but she made it clear that no one is resting on any laurels. In fact, CTAOP is now charged with an expanded mission of offering educational scholarships to young women living with the virus, news that was announced at Monday’s event.

“Tonight is a celebration and thank you to all of you for making that dream come true,” Theron said in front of guests like Seth MacFarlane, Aisha Tyler and Mary McCormack. “Thank you so much for believing in us. There are some people in this room that have been here from the beginning — from every mistake — and I really just want tonight to be about all of you and to say thank you for your support and belief in doing work that I believe is life-saving.”

She then invited Georgie owner Geoffrey Zakarian to the microphone, calling him “the man of the evening” and “the reason why we are all here.” Theron added that two years ago he joined the CTAOP team, which she described as “a fucked-up little family.” “You bring a lot of class to this,” she quipped.

“I love fucked-up families,” Zakarian mused before getting serious. “I’m incredibly touched by the work that you do. Made me cry [watching the video]. The children’s eyes have such dignity and respect.” 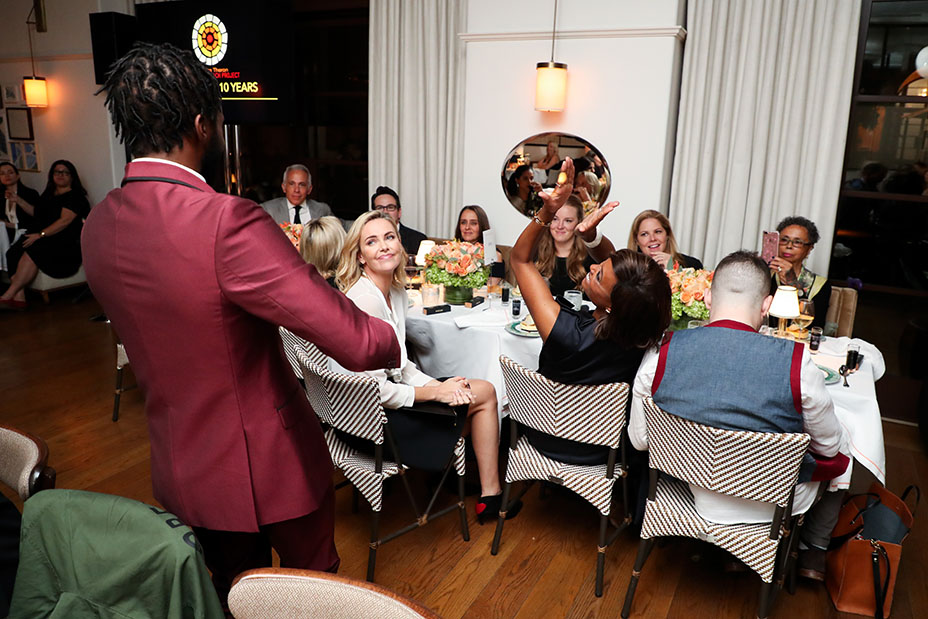 He also had kind words to say about Theron, using “dignity” once again followed by “grace.”

But about that video. CTAOP presented an emotional clip showing the organization’s trip to Africa, where Theron was accompanied by friends like Chelsea Handler, Trevor Noah and McCormack. It also detailed the strides CTAOP has made since its inception.

The trip inspired the educational scholarships idea, something that is being championed with the help of the organization’s friends like Manchester by the Sea producer Kimberly Steward, who also spoke during the dinner. “Education is a very important thing within my family, but also to be able to give that opportunity to someone else that is so far beyond my reach physically, that’s tremendously a blessing,” she said.

Theron then took the microphone again and elaborated on how they came up with the idea.

“We looked at each other and had a bottle of wine,” she detailed. (The actress also admitted to drinking a bit before her speech, which led to some funny bits about being “perimenopausal.”) “What would happen if these girls had resources and [could] go and find their true selves? So we’re very excited about this new arm of CTAOP. We’re hoping to build it out over the next year.”

The lively event also featured a musical performance by violinist Lee England Jr., a man Theron praised for having the validation of such notable names as “Michael fucking Jordan,” “Quincy fucking Jones” and “Sean Diddy fucking Combs.” He also has performed with Beyonce, Jay Z and Stevie Wonder.

Since the dinner took place at Georgie at Montage Beverly Hills, it’s necessary to note what was on the menu. The starter featured an autumn salad (market lettuce, acorn squash, pickled hen of the woods, raisins, apple, root vegetables, pomegranate, gingerbread crumbs and apple cider vinegar); an entree of Mediterranean sea bass with sunchoke bonbons, chanterelles and lemon; and lemon chiboust brulee.

Scroll down to see more images from the event. 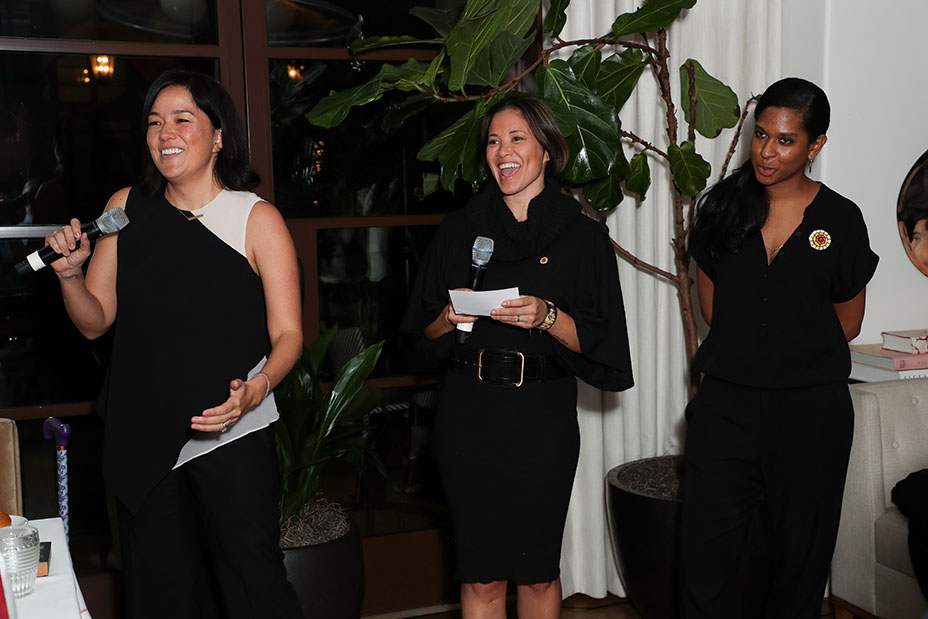 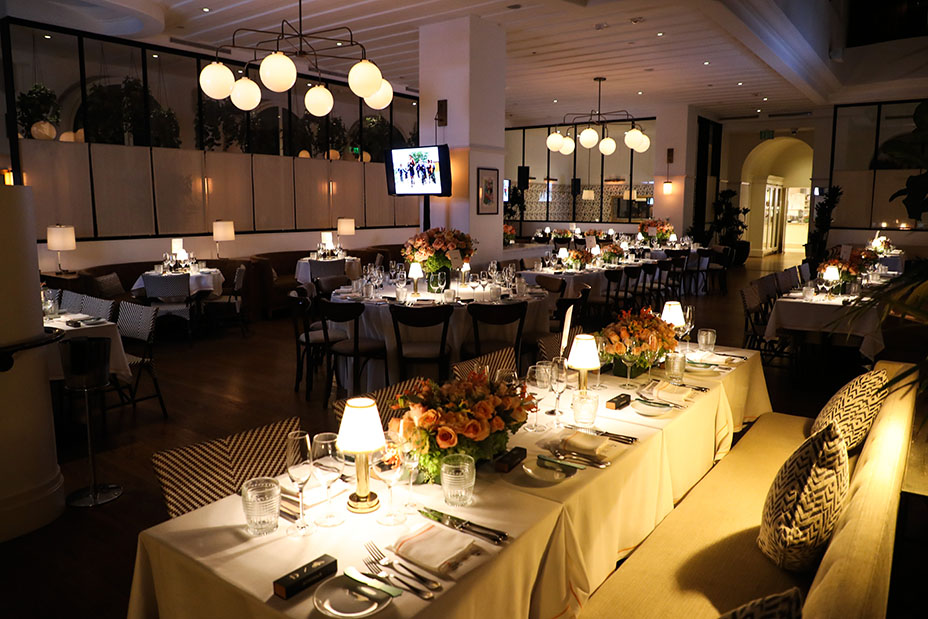 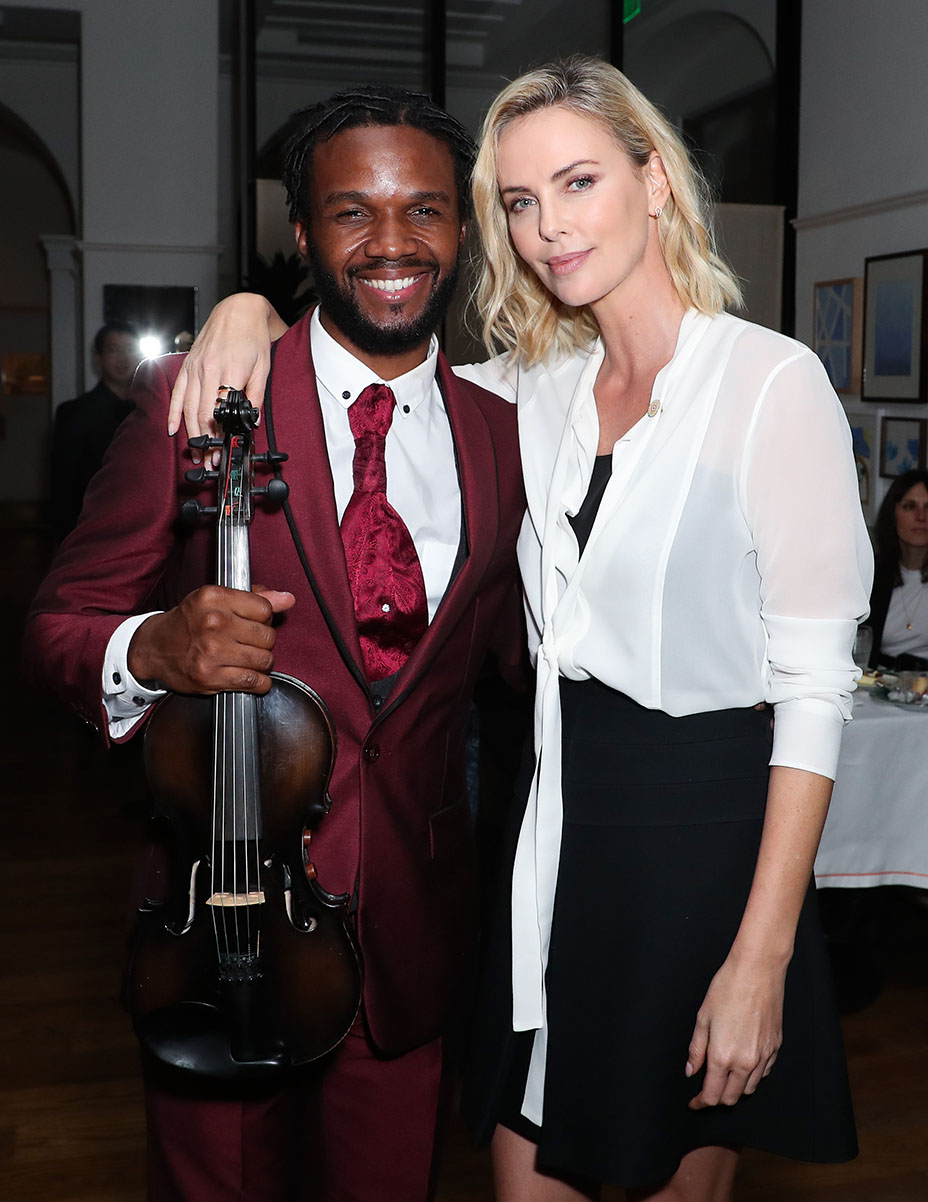