Charlize Theron on Tuesday night held an event benefitting her longstanding charity organization, The Charlize Theron African Outreach Project (CTAOP), at the Africa Center in New York’s Harlem neighborhood. And while Theron has been busy promoting her upcoming Fox News film, Bombshell, in which she plays Megyn Kelly, the actress couldn’t imagine not taking time out of her schedule to raise funds for vulnerable youth living in her native South Africa.

Speaking with The Hollywood Reporter, Theron explained how philanthropy is fulfilling in a way that making movies isn’t. “It’s a different job. It’s a different thing. Acting is a job and I love it, but I think philanthropy is not a job. It feels like something that we all should be part of,” said Theron. “There’s a feeling that I have that I need to give back, and I don’t know how to live my life in its full potential by not doing that. It’s part of my DNA to want to be part of something that can better the world or better the communities that I’ve been to that I feel are so unnecessarily suffering.”

CTAOP, which Theron founded in 2007, champions African youth by investing in organizations that prioritize and advance their health and education, along with supporting their ability to keep themselves safe from HIV/AIDS. Although the geographic scope of CTAOP is sub-Saharan Africa, Theron’s home country of South Africa has remained the primary area of focus with the highest number of people living with HIV in the world.

“In 12 years, it’s an amazing thing to see the progression from the young kids that we met in 2007 and where they are today — and how our programs have saved their lives,” Theron told THR. “And we’ve not just been able to save their lives but also better their lives. CTAOP has given these kids a real opportunity in life. That’s when all of this, for me, comes full circle. When you see that child at 14 and then see them graduating or going to university, it’s incredible. And now we have a leadership scholarship program, so we’re continuing that support.”

Inside the event, famous faces feted Theron and her philanthropic endeavors, including Amy Schumer; the evening’s host, Awkwafina; and Drew Barrymore, who told THR that she doesn’t “typically go out” — unless it’s for a worthy cause. 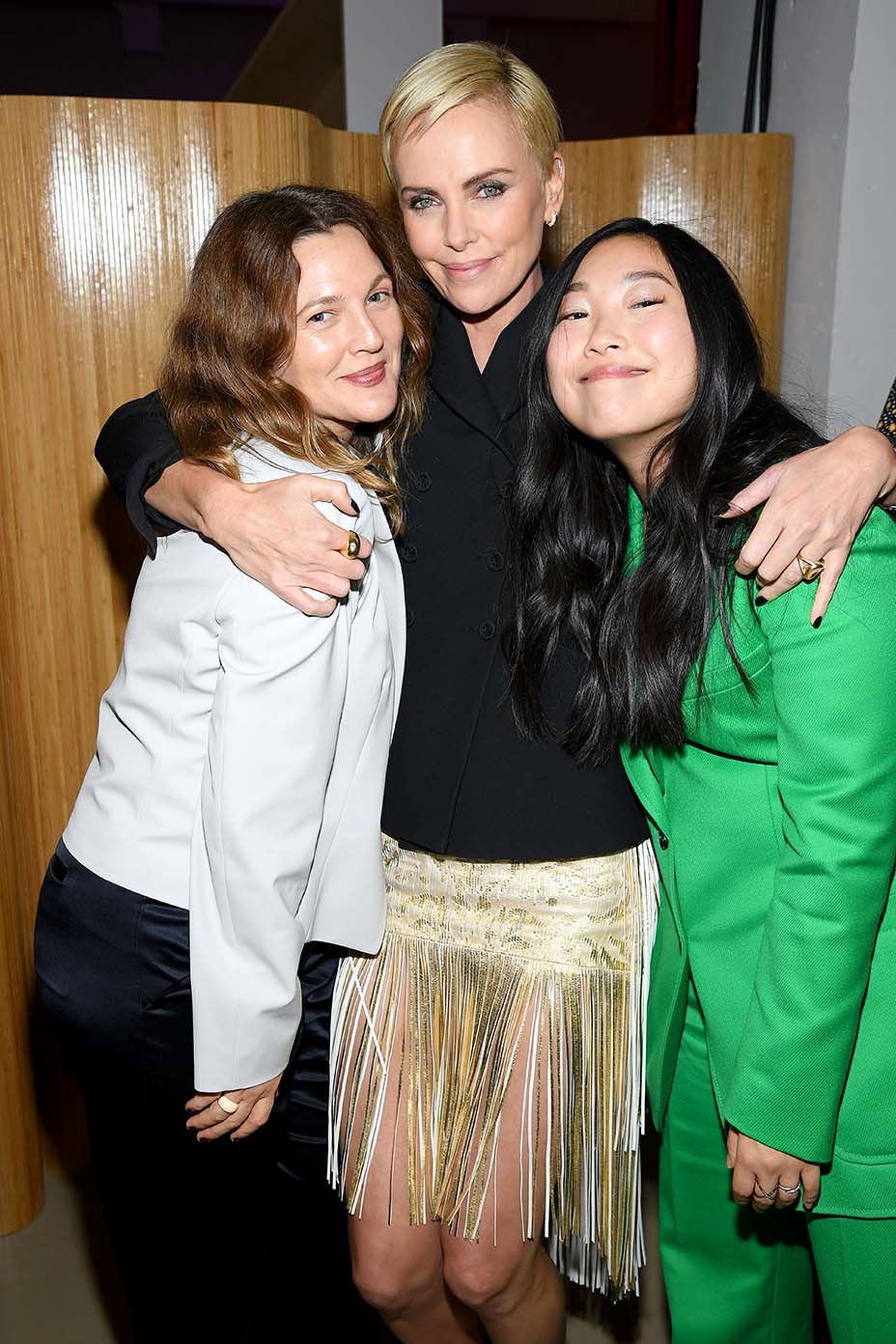 “I like Charlize as an actor, an advocate and a human being. When she invited me, it was a no-brainer for me to come,” Barrymore said of the Oscar winner and UN Messenger of Peace. “I only really like to go out for and with friends, because I just am not very social. But I believe in what Charlize is doing. She’s also living it. It’s true to her life. I feel a great appreciation for where it is that Charlize is shining a light with CTAOP. I really do.”

The party, presented by Dior, kicked off with a set from DJ AQ, followed by a dinner featuring South African cuisine by chefs Geoffrey Zakarian, Andrew Zimmern and Pierre Thiam of Teranga Restaurant. As guests ate, South African comedian David Kau made the room laugh with a stand-up set. Later a South African getaway with luxury accommodations sold for $45,000 at a live auction. A Maldives experience went for $40,000, while Barrymore herself shelled out $29,000 for a Malibu surfing lesson with pro Stephanie Gilmore that also came with a Breitling watch. Theron, visibly touched, thanked Barrymore by getting up to give her a warm embrace. 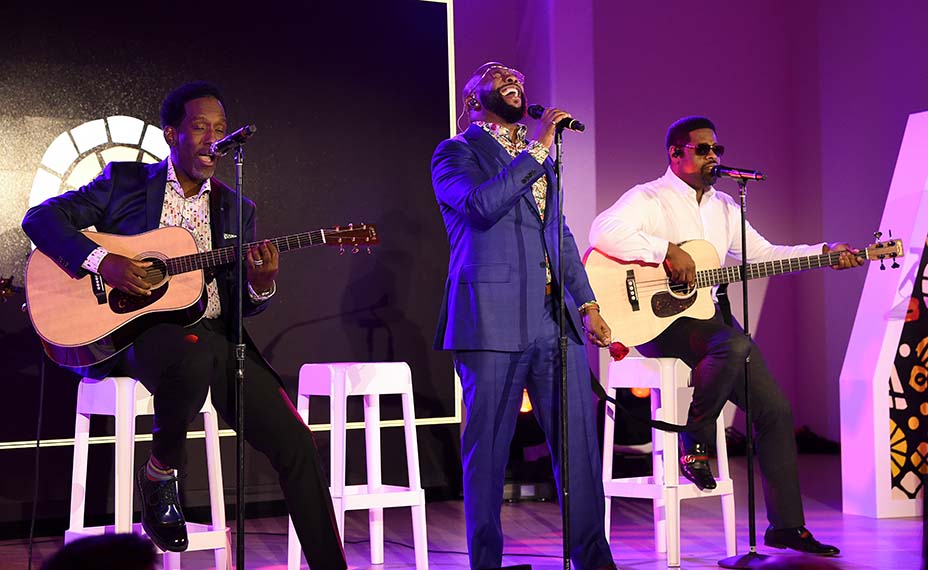 The event concluded with an acoustic performance from Grammy-winning R&B icons Boyz II Men, who sang a handful of hits like 1994’s “I’ll Make Love to You” and 1991’s “End of the Road.”

Before guests slipped out, Theron took to the stage to share her appreciation for a successful night. “Thank you for your generosity and thank you for your time that you took way from your families to be here tonight with us,” she said, smiling. “Thank you.”