Anyone who’s seen clips of Charlize Theron prepping for her role in Atomic Blonde can plainly see that she takes no prisoners. (The actress is such a badass stuntwoman, she had to go in for a root canal after cracking her teeth on set.)

Where did you start with your research on Charlize’s costumes?

I veered in the direction of Helmut Newton — I used a lot of his photographs as reference, as well as images of [the singer] Debbie Harry. I tried to keep her grounded with [a sense of] timelessness, as well as evoking the spirit of the ‘80s.

In one of the film’s first scenes, we see her wearing this white John Galliano coat — why kick it off with that particular look?

I feel like I wanted to place her in a graphic, provocative style. I think in terms of the way the film was lit, I had that in mind and just something about the strength of black and white was really appealing. That’s how Charlize and I started collaborating with [director] David. The white trench coat emanated from a conversation and a photo that [cinematographer] Jonathan Sela had found of this girl standing on a platform on a subway and she had this mild white trench coat and she just looked a little ‘80s, a little gritty and we sort of took that and morphed that into something Lorraine would wear. 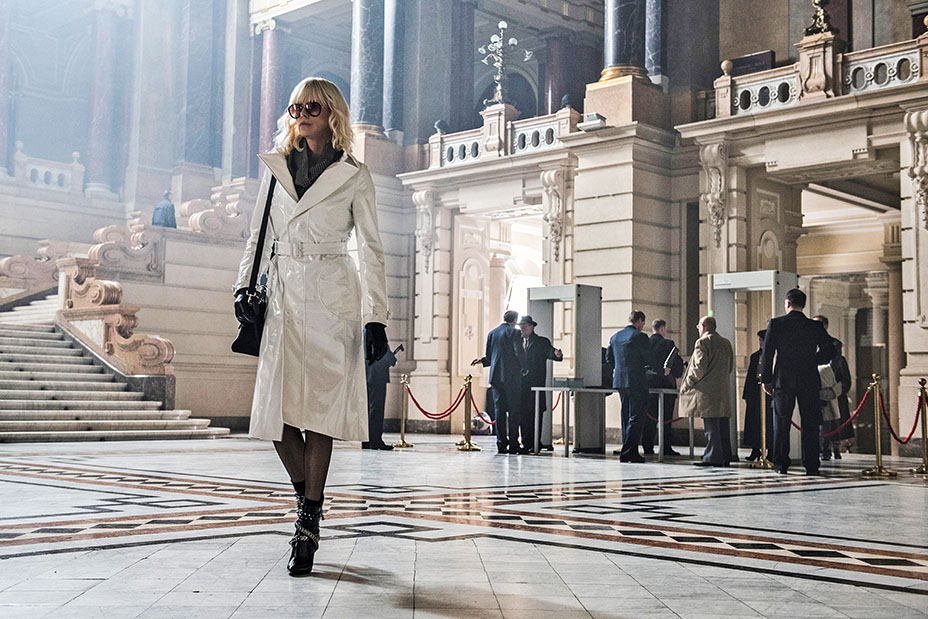 Why was it important to keep a black-and-white color palette for Lorraine?

In terms of lighting, when a lot of light colors are used, it sort of diffuses any kind of color you put forward [in costumes], so with that in mind, I really stuck to black and white. But I also love the graphic-ness of it. The goal was to keep her in her element against the ‘80s backdrop of Berlin and the other characters in the movie, there’s something very strong about black and white.

There’s that moment when she’s in the car and takes off those red heels to beat up the bad guy. Who designed those?

That’s Dior. We wanted to have pops [of color] where we could and it ended up being quite symbolic — the red heel — but I’m not really sure at the time of the fitting that it was going to morph into that. I think James McAvoy sort of took that ball and ran with it, which was amazing. Other than that, it was just trying to bring those ‘80s elements into her costumes: the red, the patent leather, the white vinyl trench coat — it was all in the spirit of the ‘80s. 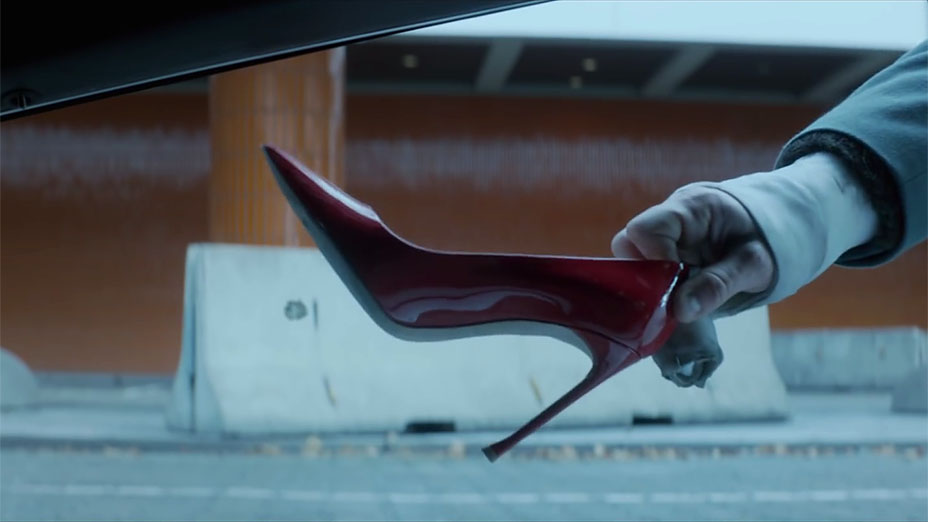 A lot of the items are vintage — where did you pull from?

A lot of the stuff we found at Angels Costumes, a big costume house in London, especially for Sofia and James and some for Charlize. We amassed a lot of stuff from London, but also Babelsberg Studio in Berlin, they have a costume house there. Between those two places, it really saved us because it was really hard in Budapest, where we shot a lot of the film. There’s a little bit of thrifiting there. There was one store in particular called Humana that we savaged! We pulled so much stuff. It was like having our own little costume house. We’d leave with 20 bags of stuff. We had so many people to dress and it was such a specific style that it was quite an effort to get the amount of clothes that we needed.

Charlize is moving around quite a lot in the film. How did you go about finding pieces that allowed her to fight?

All of her footwear was contemporary footwear that was sort of redone in an ‘80s style. Her over-the-knee [Lowland] boots were Stuart Weitzman and the beauty of boots, and I think she had three different styles, is that they’re lined in a stretchy fabric nowadays. Everything she wore for the fight scenes was pretty stretchy. In that one fight in the apartment, where she’s wearing black and white, the garters have a lot of stretch, the skirt was this really tight stretchy Wolford skirt, and the sweater was Dior. Charlize is brilliant because she was like, “Just attach the sweater to the skirt so it’s like one piece, it’s easier to move in.” That [Massimo Dutti] jacket was also easy to move in because it was an ‘80s drop shoulder. 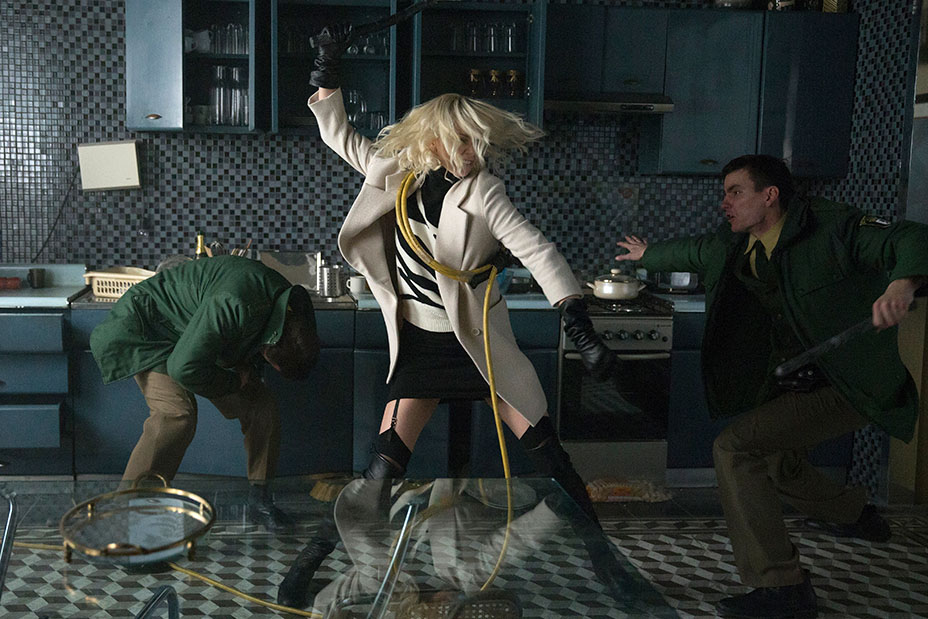 In that same fight scene, she lifts her turtleneck up at one point. Was that your idea?

That was on the brilliance of our director, David, because he just had these little quirky ideas that sometimes really worked and that was one of them. It was originally just a regular turtleneck, but he was like, “Why don’t you extend it because in one part of the scene I maybe want to use it where she lifts it up.”

For that red Dior coat, did you find that at one of the costume houses or did you work with Dior?

We were so lucky to have the support of a few designers and Dior was one of them. They let us borrow that coat from their archives. Not only did I love the color of the coat, but what felt so ‘80s to me was the giant black buttons. I loved that it felt different than everything else.

In addition to Dior, what other fashion houses showed their support?

Definitely John Galliano did a huge favor for us, making that coat, and we also used a Margiela outfit, which was the pinstripe cashmere suit she wears when she’s in the car. It’s like an ‘80s backward bustier. Burberry and Saint Laurent were also really supportive. 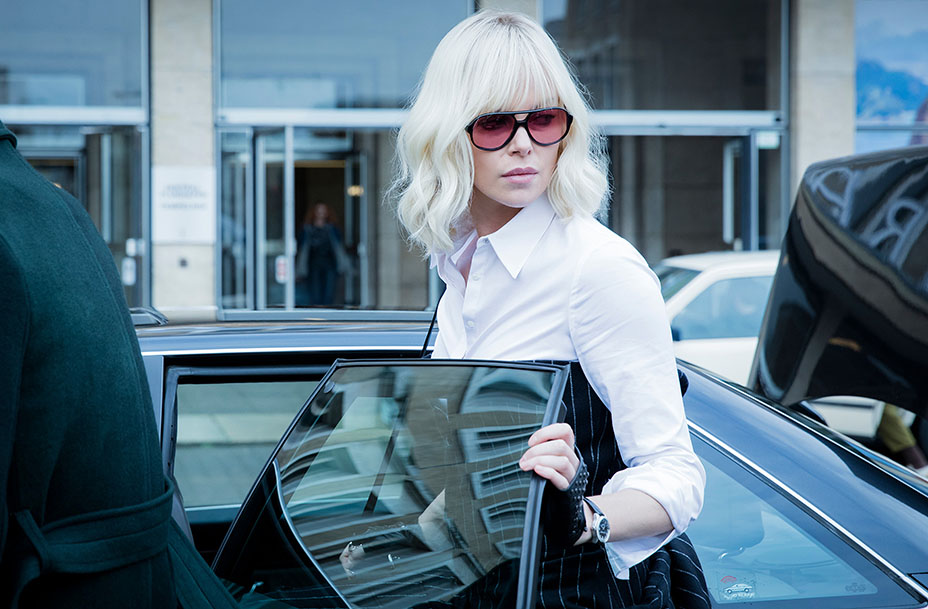