New York Fashion Week started out spicy on Thursday thanks to Cheetos’ first-ever runway show — inspired by the snack brand’s widely venerated Flamin’ Hot version — which was followed by a red-hot performance from it-girl rapper and budding style icon Saweetie.

Cheetos — a pop culture phenomenon with avowed admirers in Katy Perry, Britney Spears, Bella Hadid and Pia Mia, among other notable names — has entered this type of territory before. The company recently dropped a collaboration with Forever21 that featured mascot Chester Cheetah on tube tops, socks and more merch. Moving from fashion to film, though, Cheetos will next find itself on the big screen in the upcoming Eva Longoria-directed biopic, Flamin’ Hot, which tells the story of Richard Montanez, the Mexican-American janitor at a Frito-Lay plant, who invented the distinctive flavor decades ago.

But for Thursday night’s fete at Cheetos’ Haus of Flamin’ Haute installation in Manhattan’s Chelsea neighborhood, fiery looks created by influencers, stylists and renowned costume designer Ami Goodheart stole the spotlight. Still, it wasn’t just playfully couture ensembles that were covered in Cheetos dust — so were faces, nails, hair and, of course, cocktails and hors d’oeuvres. 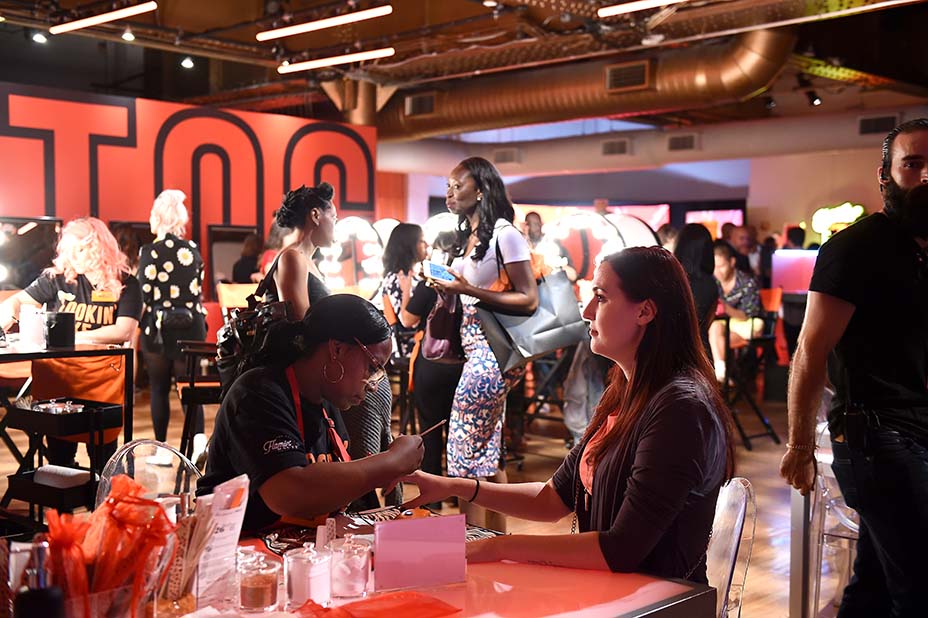 As guests sipped on Flamin’ Hot Sunrises and noshed on sushi rolls sprinkled with Cheetos crumbs, they were invited to get primped at a complimentary beauty bar with a menu full of Chester Cheetah-approved services. Along with glittering animal-print manicures and brightly colored curls and braids, “Dangerously Cheesy Brows,” “Fiery Flamin’ Hot Eyes” and “Chester’s Ombre Kiss,” among other aptly titled makeup moments, were also available.

With delicious, Instagram-worthy glam (and many with bags of Cheetos in hand), attendees made their way into the show for which Power actress Lela Loren, Disney Channel heartthrob Milo Manheim, TV personality Angela Simmons and Grammy-winning R&B singer Ashanti sat front row. It wasn’t long before an inclusive group of models — of all ages, body types and skin tones — strutted down the catwalk in sartorial celebrations of Cheetos as Lizzo’s “Truth Hurts,” Megan Thee Stallion’s “Hot Girl Summer” and Normani’s “Motivation” reverberated throughout the room. 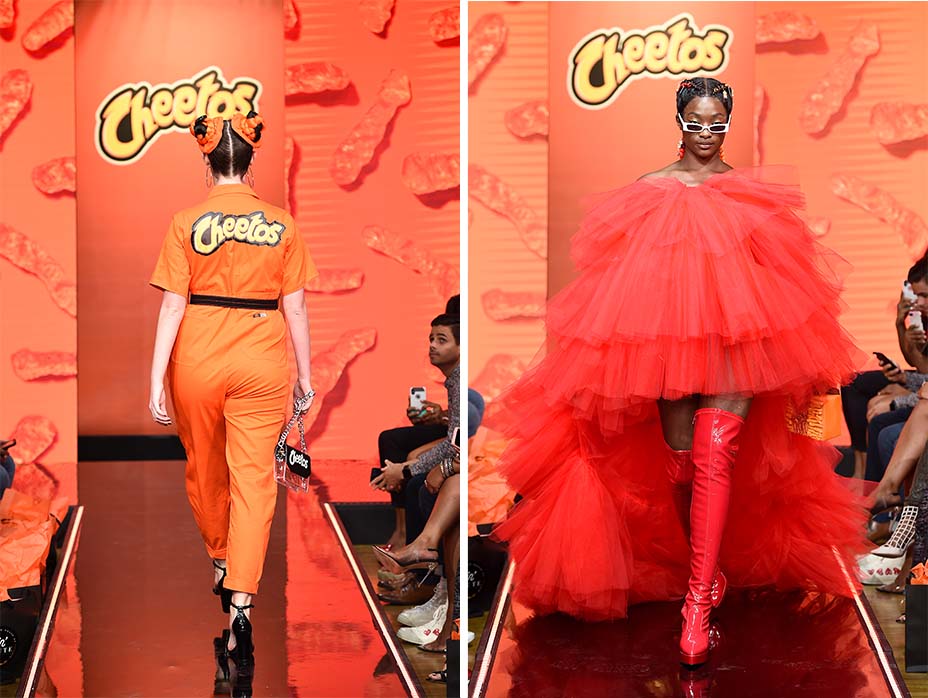 Standout pieces included a tiered crimson tulle gown from J. Bolin and a Cheetos-branded jumpsuit from Nava Rose. However, the finale number designed by Hollywood vet Goodheart — who has worked with the likes of Lady Gaga, Justin Timberlake and Ciara — commanded the most attention with its Cheetos-lined cape skirt and intricate headpiece reminiscent of Carmen Miranda (with fruit swapped for Cheetos wrappers folded into fanned origami, naturally). 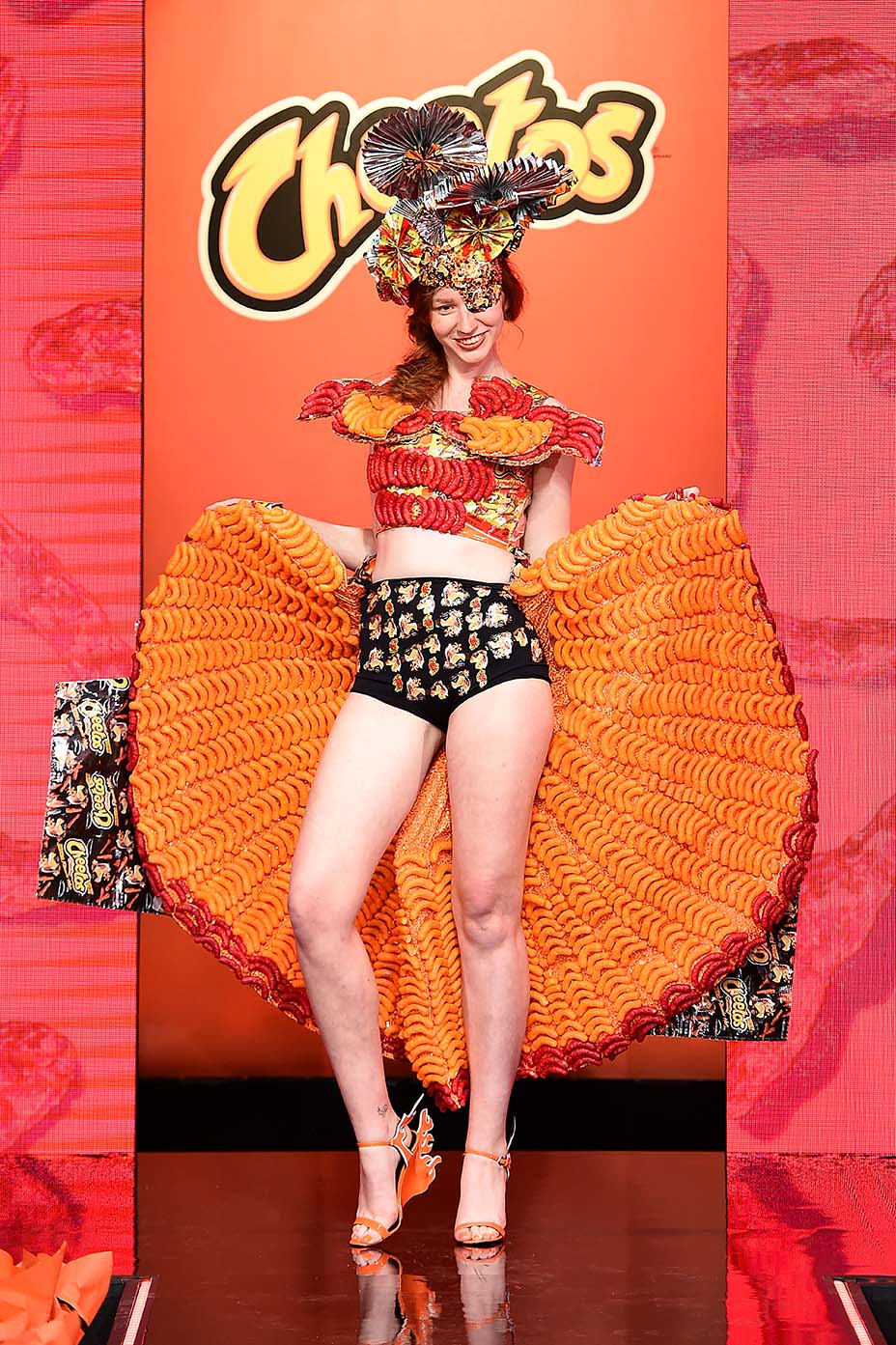 Then came Saweetie — storming the stage in a custom, sparkling ruby-hued set by Angel Brinks — who treated spectators to energetic renditions of her viral hits “Icy Grl” and “My Type,” the latter of which peaked at No. 21 on Billboard‘s Hot 100 chart this summer. Earlier in the evening, the California native and USC graduate (born Diamonte Harper) chatted with The Hollywood Reporter about preparing for what she called a “dream” gig and becoming a fixture at NYFW as her star quickly ascends.

“Being a childhood fan of the whole brand — Flamin’ Hots, puffs, regular Cheetos, all of them — it was just super exciting to be asked to do this,” said Saweetie, who adorned her sleek straight tresses with Flamin’ Hot Cheetos barrettes. “Pulling up today and seeing Cheetos’ vision come to life was amazing. Also, I was looking forward to seeing the clothes and showing off my own dope look.”

The 26-year-old emcee, who describes her style as “forever changing” and has long looked up to Lil Kim’s fearless approach to fashion, told THR that she was particularly thrilled to “come up with something special” for Thursday night’s event with Sankara Xasha Ture McCain, one of two stylists with whom she works. While Saweetie considers McCain the “queen of customs,” her go-to guy for high fashion is Bryon Javar. Javar helped the young artist map out the remaining looks for her third fashion week season, which included Friday stops at Moschino’s show and the Harper’s Bazaar Icons party. Saweetie also plans to sit front row for The Blonds and Rihanna’s Savage X Fenty line, in addition to launching her own 50-item capsule collection with online retailer PrettyLittleThing on Monday.

Despite Saweetie’s whirlwind week, it’s her appearance at Cheetos’ Haus of Flamin’ Haute that might remain the highlight. “My first fashion week, which was not too long ago, I was sneaking into events and shows,” she admitted with a laugh. “Now, I’m being asked to perform, which is really exciting. This is the first fashion week where I feel like I’ve finally got the hang of things and tonight is the perfect way to kick it off.” 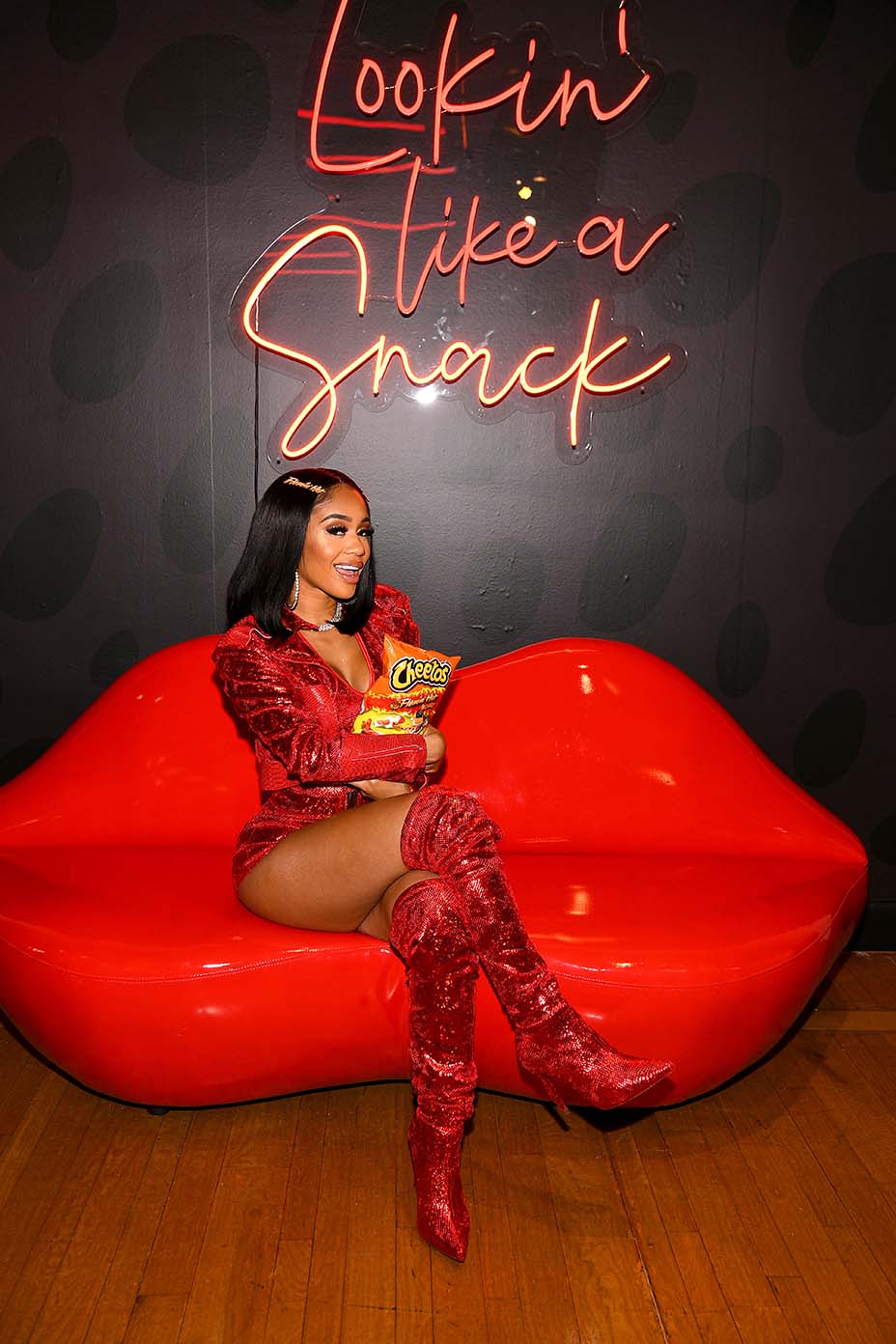 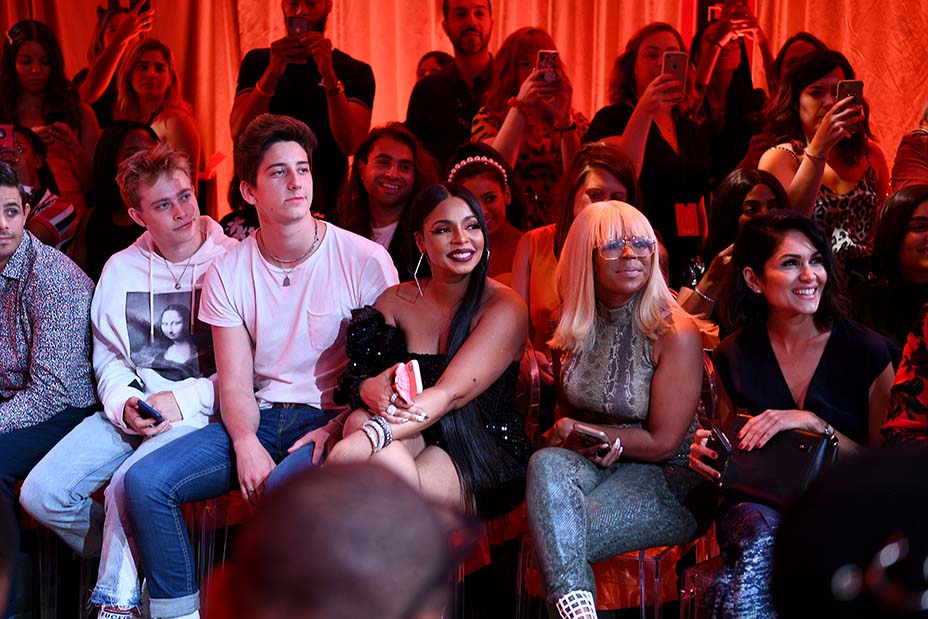 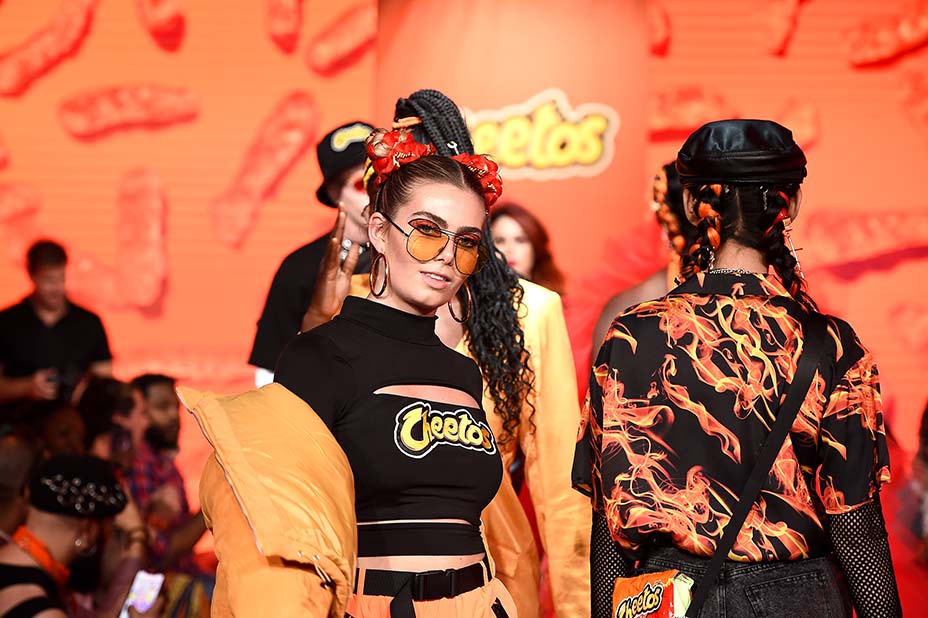 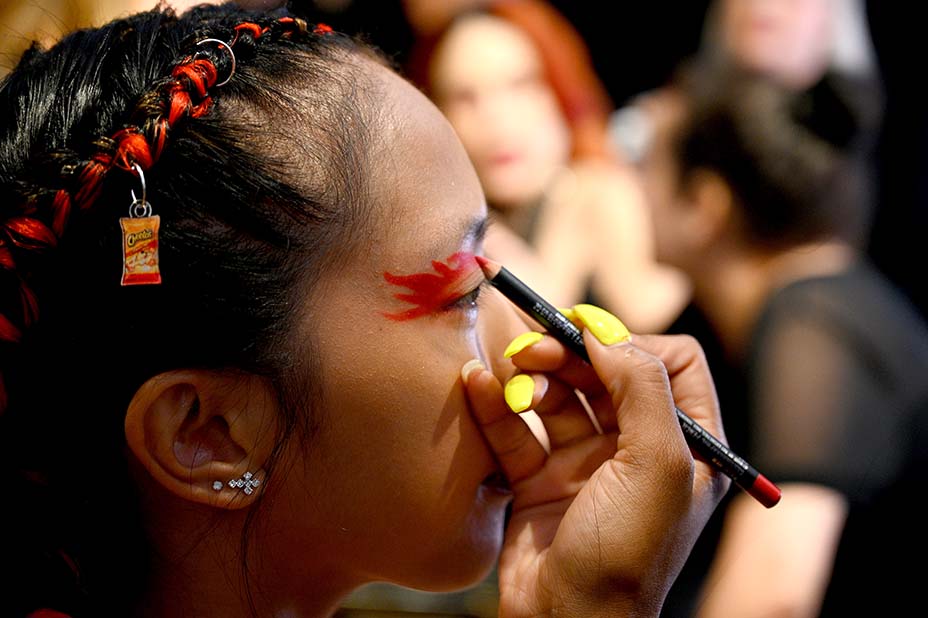 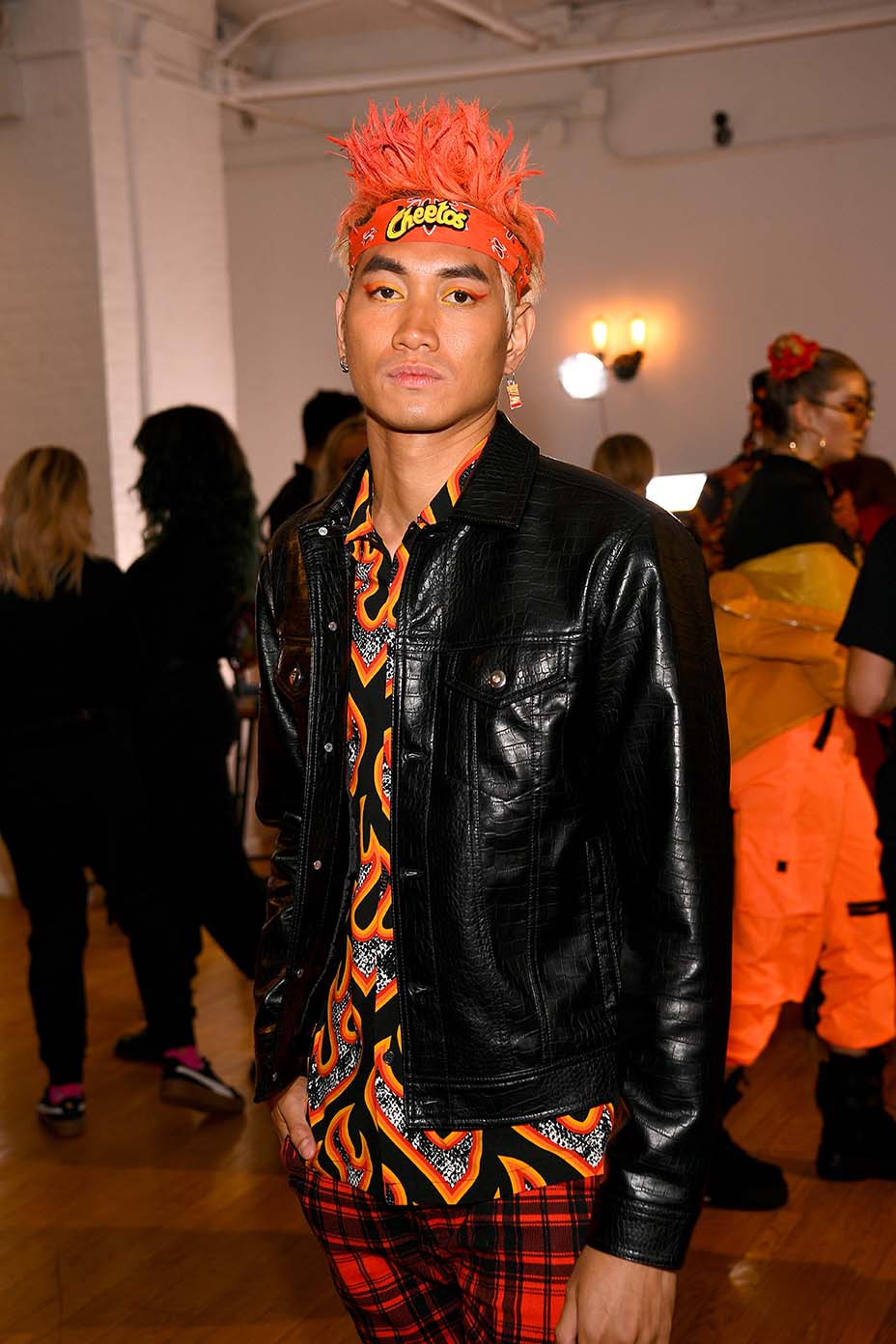 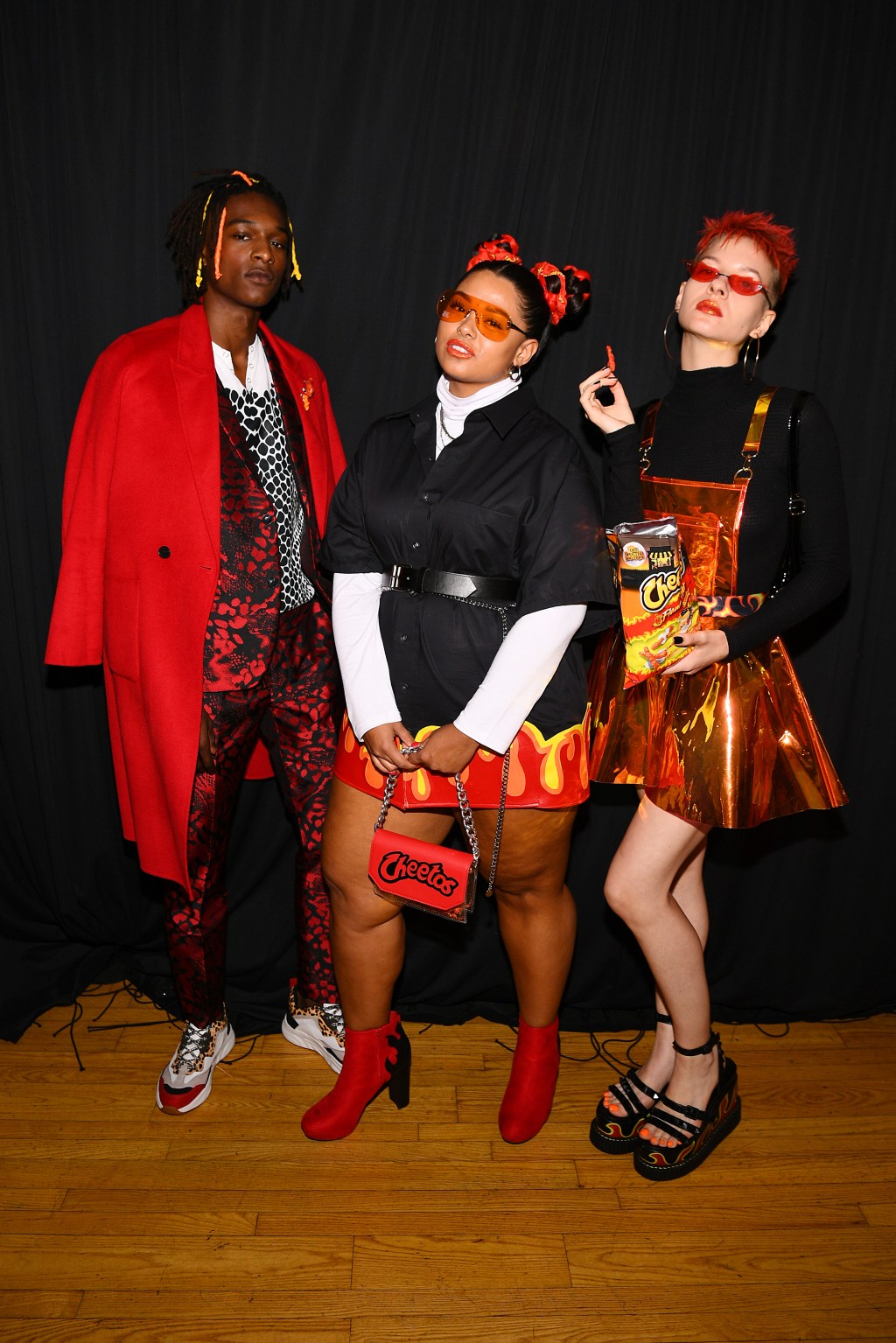