Chelsea Clinton knows a thing or two about the extra levels of scrutiny that a first kid of the U.S. has to undergo, which is why she’s come to the defense of Barron Trump.

The youngest Trump made headlines for his fashion choices Monday after he was seen wearing a red J.Crew tee with the phrase “On Your Mark Shark” emblazoned in front while returning to Washington, D.C., with his parents Sunday. The Daily Caller, a news and opinion website based in Washington, D.C., posted a story with the headline, “It’s High Time Barron Trump Starts Dressing Like He’s In the White House,” and criticized the 11-year-old for dressing like, well, an 11-year-old. 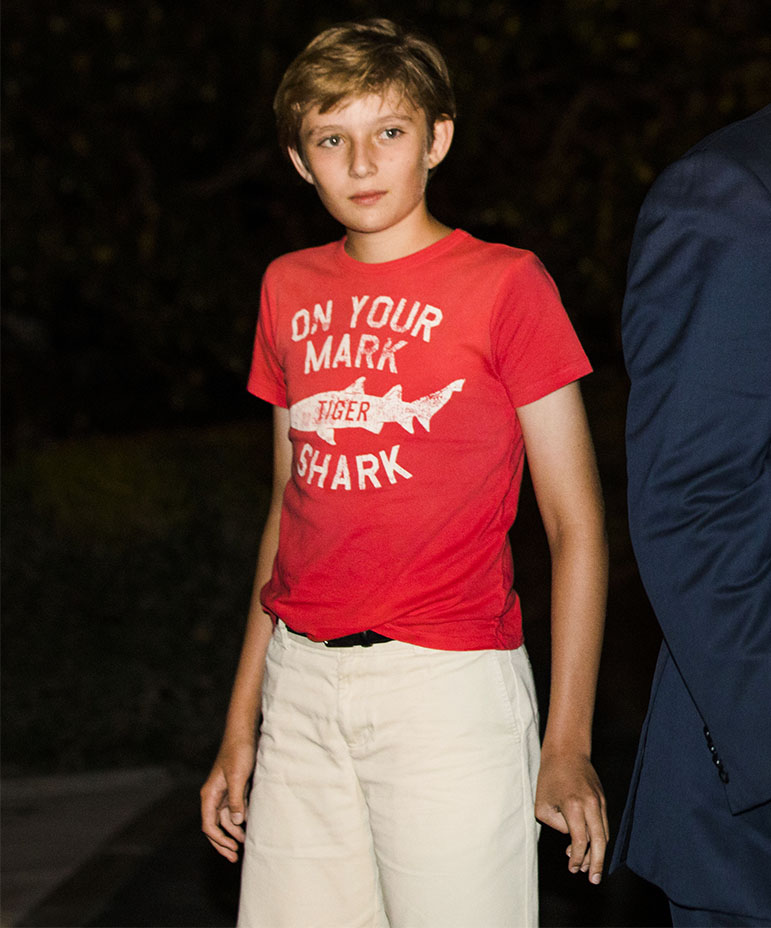 Clinton wasn’t having any of it, taking to Twitter to defend Barron. “It’s high time the media and everyone leave Barron Trump alone,” she wrote. “Let him have the private childhood he deserves.”

It’s high time the media & everyone leave Barron Trump alone & let him have the private childhood he deserves https://t.co/Wxq51TvgDX

This isn’t the first time Clinton has stood up for the current first child, despite her differences with president Donald Trump. In January, she wrote, “Barron Trump deserves the chance every child does — to be a kid.” She also acknowledged that defending him meant “opposing @POTUS policies that hurt kids.”