Backstage at the Montalban Theater in Hollywood on Saturday night, Chelsea Handler sat down exclusively with The Hollywood Reporter to talk all things weed, her latest book Life Will Be The Death Of Me that hits shelves on April 9, and her forthcoming Netflix documentary on white privilege.

The comedian, author and activist announced last February that she is developing her own cannabis line and was on site for a talk with Adrian Sedlin, CEO and founder of Santa Barbara-based luxury cannabis brand Canndescent, at the private launch party for the company’s sleek rechargeable white Stylus vape pen ($60), 200-draw cannabis oil cartridges in five effects ($50), and disposable, ready-to-use pens ($65) that launched on Jan. 28.

Here at the @canndescent Stylus launch event in Hollywood. This vape pen is a game changer. @civilized.life

Some of the goods were laid out in front of her on a table, along with a small tin of Petra cannabis-infused mints by the Oakland company Kiva Confections. “I take those mints when I ski, they’re perfect,” she said, offering up Perrier or a Vodka soda. Onstage later, she said: “You’re not a stoner just because you get high; do you know how much shit I get done?”

Handler was first introduced to Canndescent through the cannabis media and lifestyle company Civilized that she has teamed up with for cannabis town hall events and told THR that she invests in. The company sent her some samples of Canndescent products and she was impressed by the quality and the way the oils are positioned for five moods (Create, Connect, Calm, Charge and Cruise).

“It was all the things I look for as a woman, all the qualities I want, and it represented all the times of day that I need help dealing with people or myself,” she said. “And it feels smooth. I don’t want to cough when I smoke weed; I don’t want it to be a scene! What’s so great about these pens is you just take a hit and you know what the effect is right there and then. It’s so light.” 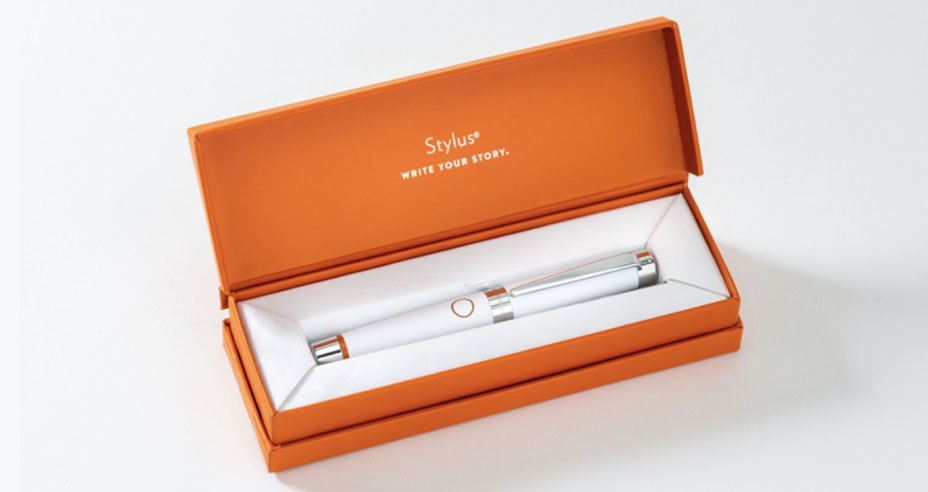 Handler’s first-ever cannabis experience was with a bong: “Who came up with that contraption? To sit there with this huge piece of glass, trying to light it and blow bubbles. And I did it just to be cool and I remember getting really high, not feeling great. And then I smoked over the years until I got really paranoid for a phase: I pulled myself over once on the way home from Santa Monica to my apartment, which is not far, and hid in the bushes for like four hours. Obviously, something else must have been happening. I used to take edibles, but now there is the vape component. It makes a difference. It’s a game-changer. You can take a little hit. You don’t have to be high; you can just take the edge off, which I think is what most of us are after. Most of us aren’t looking to be in a corner freaking out. We want everybody to be just a little bit more tolerable.”

Handler’s go-to Canndescent cartridges are Connect and Calm, which has helped her with sleep issues. “I’d much rather be taking something from the ground than from some disgusting pharmaceutical company that’s poisoning us with opioids and then making another trillion dollars to discover the cure for it! … Now we understand that we were basically living during Prohibition. This is gonna be the thing that probably cures some big disease and then everyone’s going to go, ‘Oh whoopsie, I can’t believe people were put in prison for smoking, for a dime bag.’” 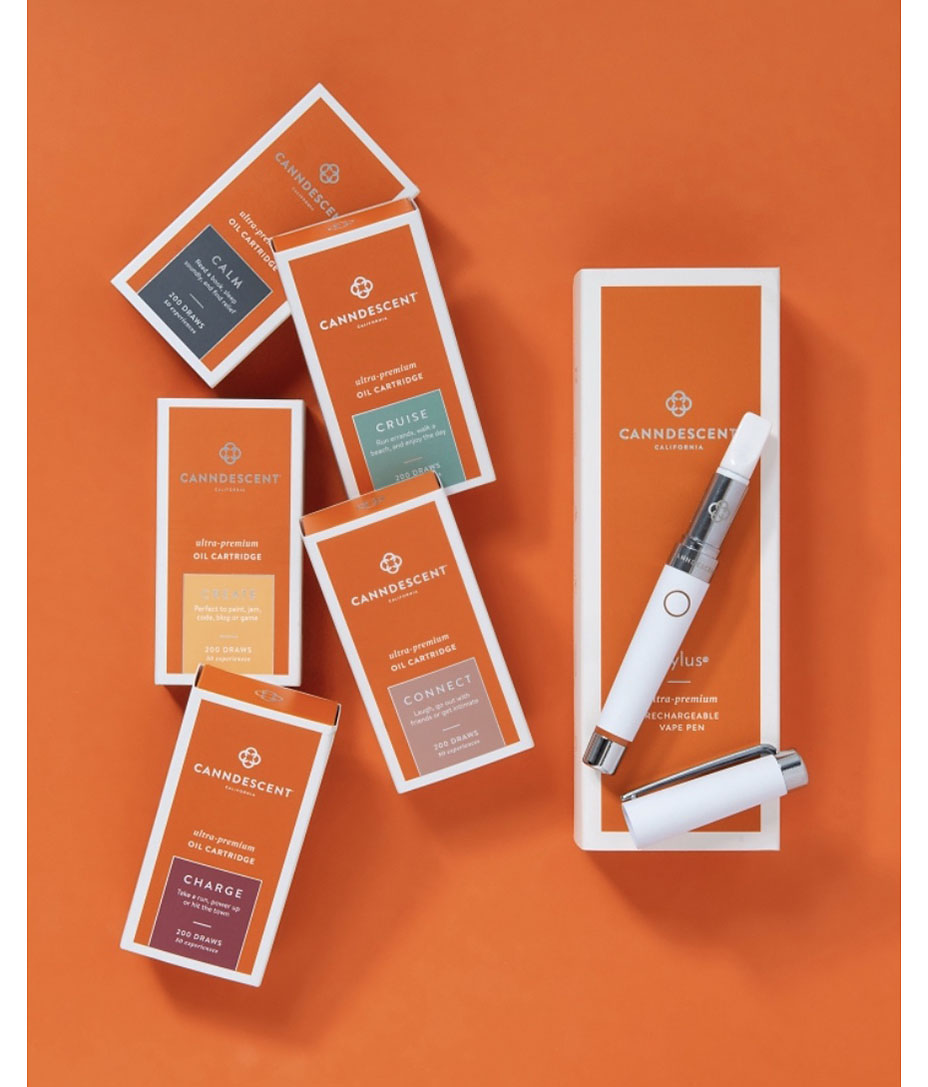 As for any politicians, she thinks could use a hit: “It would be great if Donald Trump just started smoking pot to begin with, you know what I mean? Because he’s the type of personality that just needs to be tamped down. Just something. Anything to take the edge off of whatever that is that is happening. So he would benefit from it.” During her talk onstage, Handler said, “After Trump was elected, I was filled with rage, with outrage. How could something like this happen in my world? Why haven’t they shot him yet? What’s going on? I didn’t understand it.”

Handler broke the news exclusively with THR that she just signed a deal on Saturday to partner with San Francisco-based cannabis operator NorCal Cannabis Company for her own cannabis line. “I didn’t want to do licensing; I didn’t want to do some bullshit weed line. It really means a lot to me, what [cannabis] has done for my friends and the people who have been re-introduced, so it’s a female-centric kind of motivation and I want to do a line that represents that, to reintroduce women to the marketplace, so that’s my goal.”

Her latest crazy cannabis adventure? “I did some frog thing in Venice a couple weeks ago. What’s it called? DMT. Actually, it was really scary. It’s called Fxt 5-MeO-DMT [a psychoactive compound found in the venom of rare toads native to the Sonoran Desert ]. It’s this frog venom thing where they light it, you inhale it and you basically hallucinate. You see visions and colors. I was at some woman’s house, lying in her living room on blankets, and I was immediately drenched in sweat feeling as sick as I’ve ever felt. I went to open my eyes to focus because I was spinning and I thought, ‘This isn’t good, I don’t like this.” She said, ‘Just keep breathing.’ And I’m like, ‘You need to hold my hand.’ It was super-intense and then it was over after three minutes of panic and I said, ‘OK, I’m alive.’ That’s my latest story. Get back to me on Monday and I’ll tell you what I’ve been up to.”

Handler also mentions once having a “marijuana facial,” saying: “I wasn’t right for three days — I literally woke up two days later and I still couldn’t open my eyes all the way. There’s just something when it’s in your pores that makes it … I’m not into that. I like to be highly functioning. I want to feel in control and more tolerant and nicer.”

While she hasn’t tried any of the cannabis lines by other stars such as Snoop Dogg, Whoopi Goldberg, Willie Nelson, Mike Tyson, Jimmy Buffett or Francis Ford Coppola, Handler did smoke some really strong weed with Willie Nelson once. “We were filming for Netflix and it was in his trailer before he was going onstage somewhere,” she says. “We smoked a joint together and I drove there and couldn’t drive home. So I’ve smoked weed with Willie Nelson and I feel like that’s all I really have to do in life. You know what I mean? I don’t care about whoever I smoke with again. They’re lucky to be smoking with me at this point!”

While at a holiday party for her agency, UTA, Handler says she noticed that nobody was at the bar and wondered if it had to do with “the cannabis kick” she herself was on. “The bartender said it was crazy because people are not drinking like they used to, especially at agency parties, which I thought was interesting,” she says. “We’re not the first but I think California’s always leading in terms of progressiveness and now other states are coming into play and I think we all know the direction it’s going in, it’s kind of undeniable.”

After reading the book Essentialism: The Disciplined Pursuit of Less by Greg McKeown recently, Handler says that she has tried to focus lately on doing a couple things well that she is passionate about after realizing that “doing 18 things at the same time doesn’t necessarily get the best result; we always think we have to do more and accomplish more, and there’s a dignity and decency that comes with pulling back and doing less.”

This is the cover of my new book, Life Will be The Death of Me, coming out April 9. I will be coming to a city near you to talk about how I had to lose my mind to find it again. Get tickets at the link in my bio before the general public by using the pre-sale password SITDOWN beginning at 2pm local time today. Every ticket includes a copy of the book.

The result was being able to focus on her own book, Life Will Be The Death Of Me; she is already planning to add cities to her book tour in April because the ticket sales have been so strong, she tells THR. “It’s a very different book than anything I’ve ever written. It’s deep and it’s honest and it’s really vulnerable, which is never a word I knew before.” One chapter focuses on her experience when her oldest brother Chet died at age 22 when Handler was 9 years old. “I read my audio book last week and I was bawling. It was so raw.”

Handler also shared with THR that the Netflix documentary on white privilege that’s in the works will drop in July and that the concept was based on her own privilege. “The election kind of spun me into a mid-life crisis situation. That’s exactly what it was. It was an identity crisis. Like, what is my identity? Is it just me on TV? Is that my life? Is that all I am? I don’t want kids. So once I turned 40, I was like, ‘Oh my god, what if this is all that matters to me?’ Your fame, your money and the grossest parts. So when I was so upset by the election of Donald Trump, it made me look at how spoiled my whole entire life has been and how rarefied a life I have lived when I thought I’d picked myself up from my bootstraps just by the single virtue of my being white.”

“I got rewarded for things that people get in so much trouble for — bad behavior, talking about drugs, sleeping around, writing books about it. Everything I did was gross and people just kept throwing me opportunities and money. So it made me really think for the first time and look around and go, ‘There is a real racial divide in this country.’ It’s a very personal film. It’s about me and my privilege and where I came from. We go to meet an ex-boyfriend, a black guy I dated who spent 14 years in prison. We see him. It was a lot of stuff that I found hard to do. But I like when it’s hard to do. I like to be challenged.” She later asked the audience to help her choose between the titles What Privilege? or It’s Been My Privilege — “wait, that sounds like I’m eulogizing myself!”

As for whether she’ll do another talk show? “ I hope not!” Handler says. “ I’m in my 40s now. I want to ski all fucking winter. If I pick two things I really care about they would be being a phenomenal skier and a really good writer.”