Italy may not have its own royal family, but social media influencer Chiara Ferragni, with her 14 million Instagram followers, might as well be a princess.

When the fashion darling got married in Dior on Sept. 1, her long-sleeve, high-neck crochet gown with tulle skirt designed by Maria Grazia Chiuri was as influential if not more than Meghan Markle’s Givenchy, racking up $5.6 million in media value for the luxury brand through 67 million social interactions and online press, according to online data firm Launchmetrics.

Now that the Milan native is settling into married life with Italian rapper Federico Lucia, or Fedez as he’s known, she’s setting her sights on Hollywood she told THR at the opening of the new Pomellato jewelry boutique on Rodeo Drive Tuesday night. (The influencer is an ambassador for the brand and was decked out in its modernist jewels.)

“If the right thing came along at the right time, it would be nice to have a show,” said Ferragni, wearing a feathery pouf of a dress by Attico, and very much epitomizing L.A.’s new celebrity social media class. “I don’t want to be an actress, but it would be nice to have the chance to work in entertainment.” She and Lucia own a house in L.A. and consider it a second home. Ferragni gave birth to a baby boy, Leone, here in March. 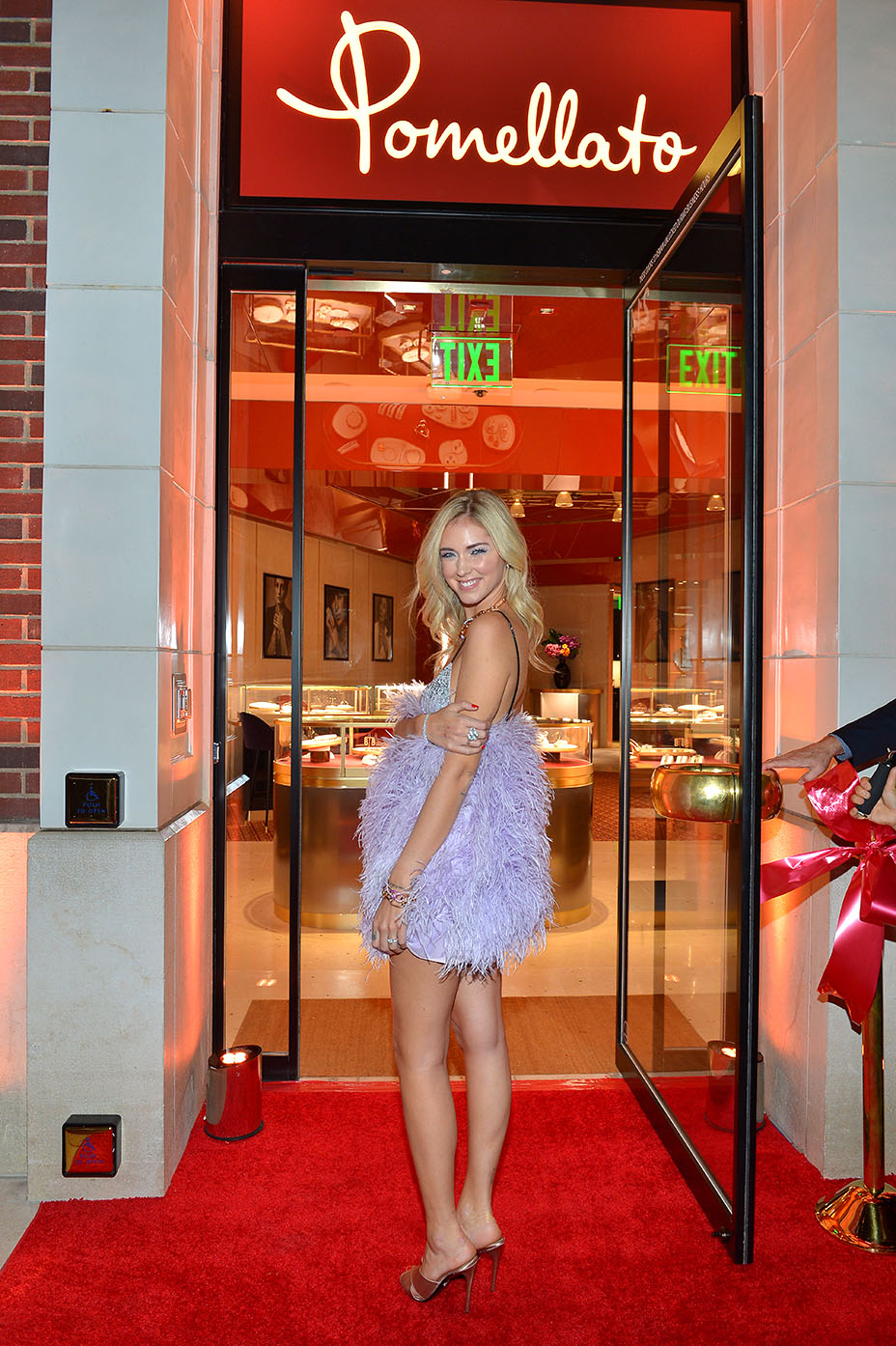 During her trip this week, she also has a documentary film crew in tow. They’ve been filming her life for 2 months, including her Coachella-themed wedding at Dimora delle Balze, just outside of Noto. It was a non-religious, open-air ceremony, which the pair documented on social media using the hashtag #theFerragnez.

With a budget of reportedly 400,000 euros, the film is being produced in partnership with undisclosed international investors, with speculation that there could be interest from Netflix and HBO, according to Women’s Wear Daily.

Ferragni and Fedez are adept at working media of all sorts. They were engaged live on Italian radio and TV, after Fedez (who has 6 million Instagram followers of his own) proposed during one of his concerts on Ferragni’s 30th birthday. A video she posted of their wedding day on Instagram has been viewed more than 7 million times.

I cry everytime I see this Wedding of my dreams @fedez

“We already have a child together, but it’s more romantic now, the whole ceremony made us more connected,” the influencer said Tuesday, praising Grazia Chiuri for creating not one but four wedding looks for her big day and night. “I wanted a woman and an Italian,” she said of the designer. “She’s very authentic and honest.”

The couple’s rings were designed with the help of Pomellato, one of several brands Ferragni has worked with over the years, including Pantone, BMW and Lancome. “I grew up in Milan and it’s such an iconic brand that is part of my history. My mother wore it.” The influencer also has her own branded collections of Chiara Ferragni clothing and accessories.

Her life may sound like a fairytale, but Ferragni insists that the documentary she is making is “super real,” adding, “It’s a simple story about a girl interested in fashion and sharing it with others. But I feel like I need to show people all of my life, because that’s what social media is about, too.”

“Yesterday, my child had a very simple procedure at Children’s Hospital to put tubes in his ears. I wondered if we should include it and I said, ‘why not?’ So many people are going to be in the same situation.” It’s Ferragni, glam blogger, worried mom and all.