Continue to The Hollywood Reporter SKIP AD
You will be redirected back to your article in seconds
Skip to main content
May 22, 2020 9:00am
Logo text

May 22 is NF2 Awareness Day, and to mark the occasion, the Children’s Tumor Foundation has partnered with the studio Bottled Lightning to create and release a special eight-page digital comic to educate about the disease neurofibromatosis type 2. The Hollywood Reporter has an exclusive preview, below.

Understanding NF2 tells the true story of Billy Nguyen, diagnosed with neurofibromatosis type 2 — which is characterized by the development of benign tumors on the hearing nerves and can lead to partial or even complete hearing loss — at just 6 years old. Nguyen, now a fourth-year medical student at UCLA, was involved in the creation of the comic and described himself as “speechless” at the finished result.

“I think this comic is so beautiful, it still blows me away,” Nguyen said in a statement accompanying its release. “I’m honored to have my story told in this way.”

The comic was written by CTF director of communications Vanessa Shealy Younger, with artwork from Eisner-nominated illustrator Kevin Colden (Fishtown, The Crow: Death and Rebirth).

“It was such a privilege to work with Billy, and then to engage an entire team of talented artists to work on this story,” Younger said about the comic’s creation. “I’m excited about the potential at the Children’s Tumor Foundation to make neurofibromatosis, and rare disease in general, more accessible to patients and caregivers through the use of graphic medicine and visual storytelling.”

Understanding NF2, available to download at ctf.org/billy, is the third collaboration between the CTF and Bottled Lightning, a studio founded by David Gallaher and Steve Ellis (High Moon, The Only Living Boy and Box 13). The previous two projects, Moxie and Sparx Introduce the Accelerator and Moxie and Sparx Explain NF1, are available to download here. 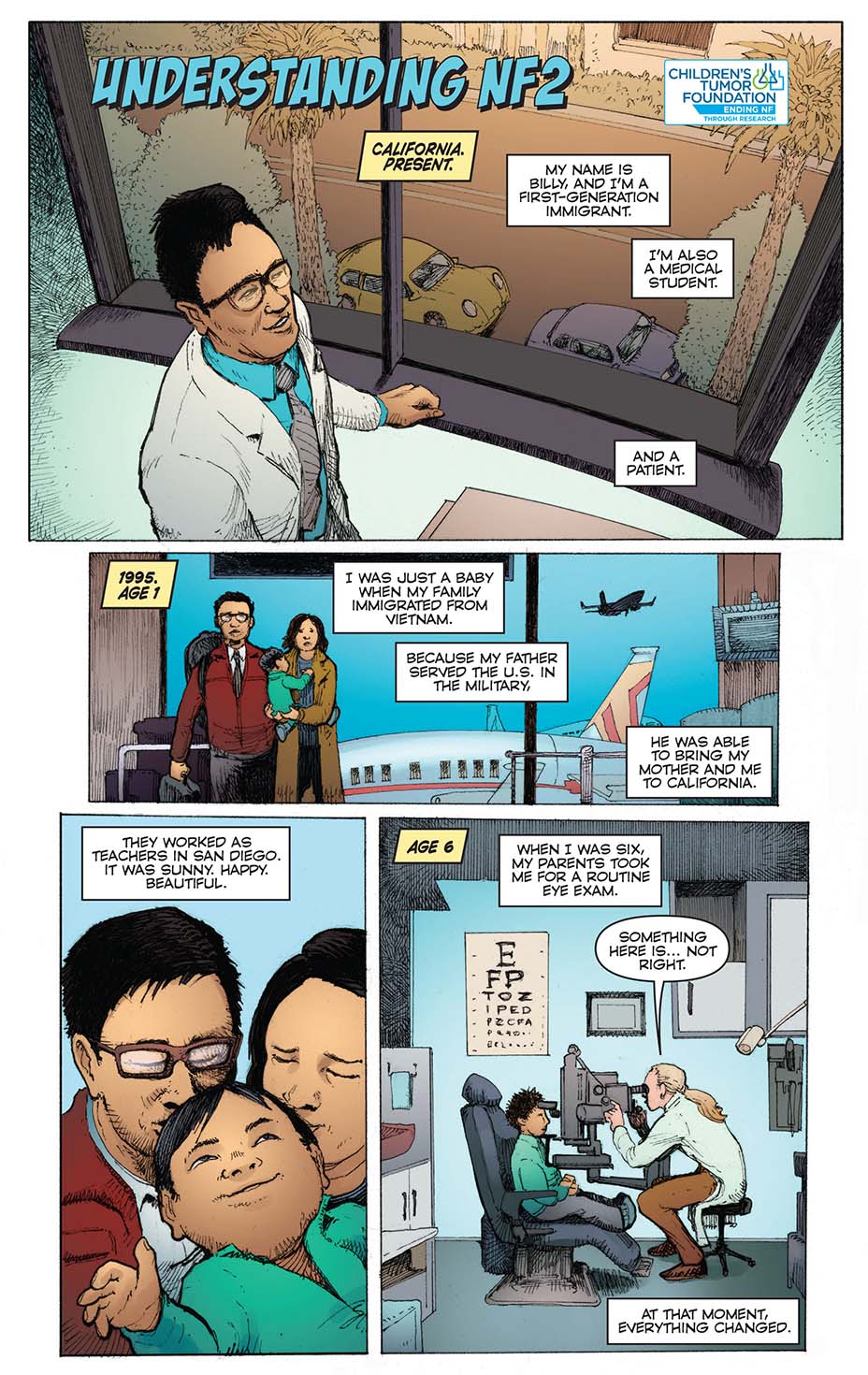 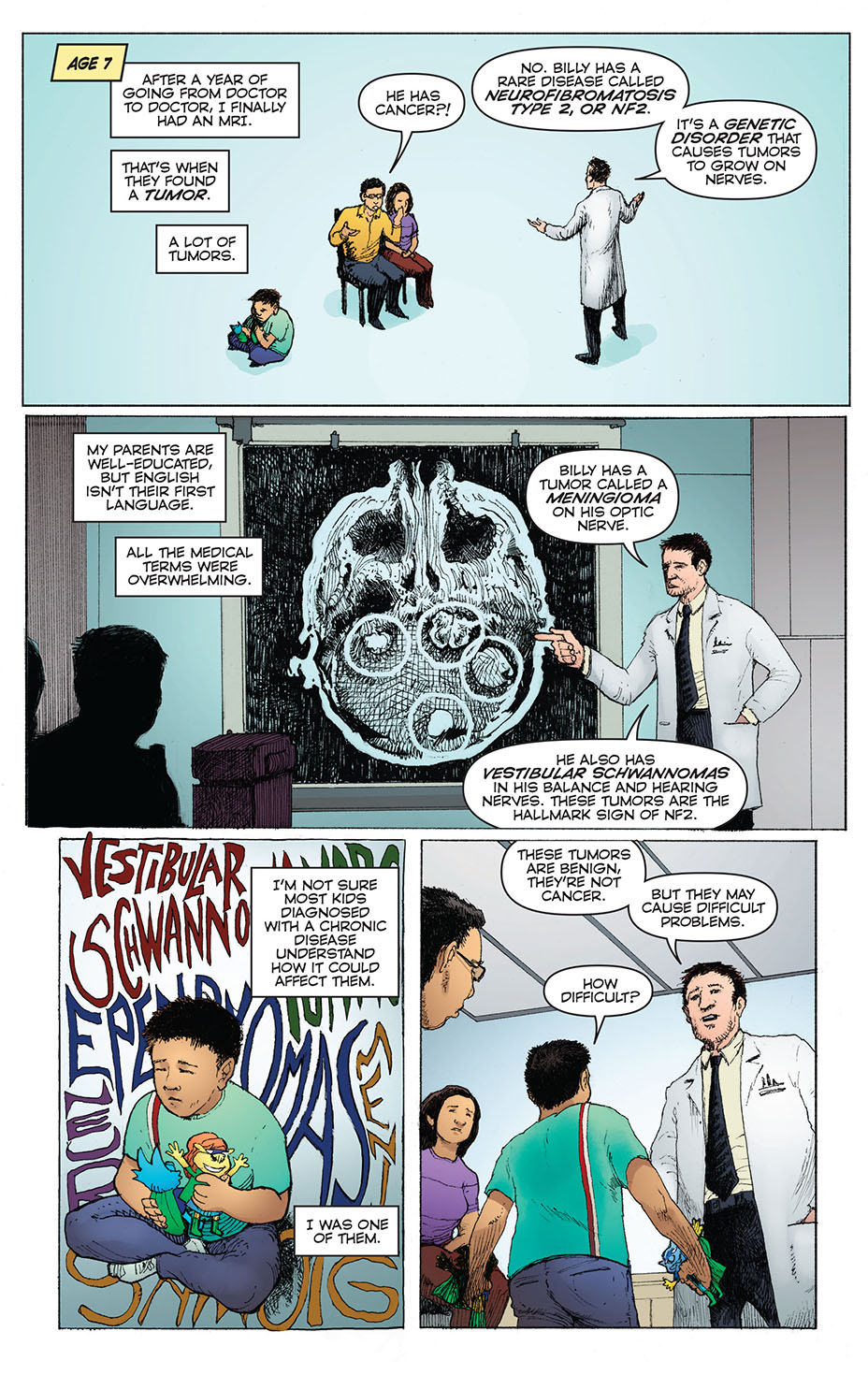 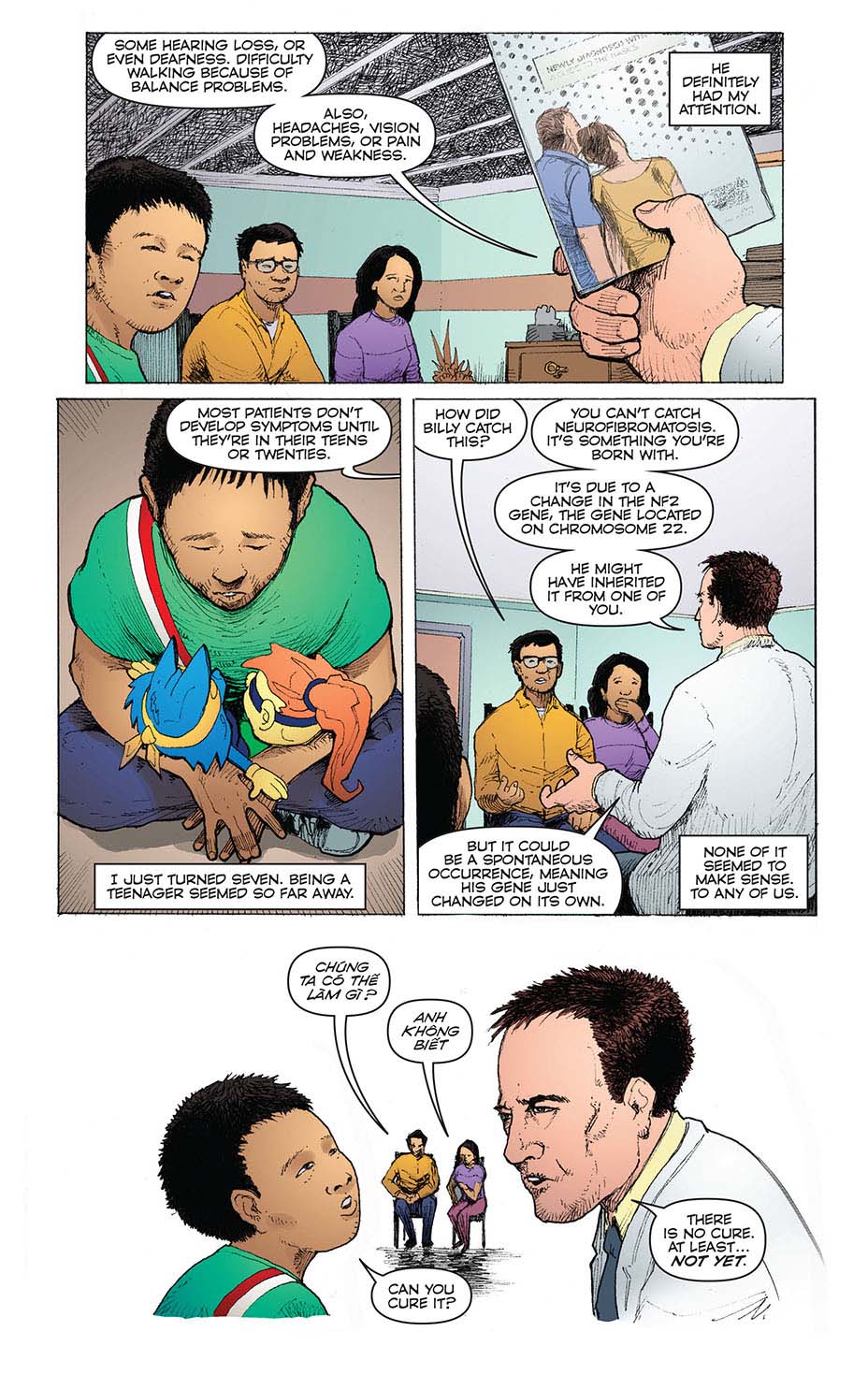 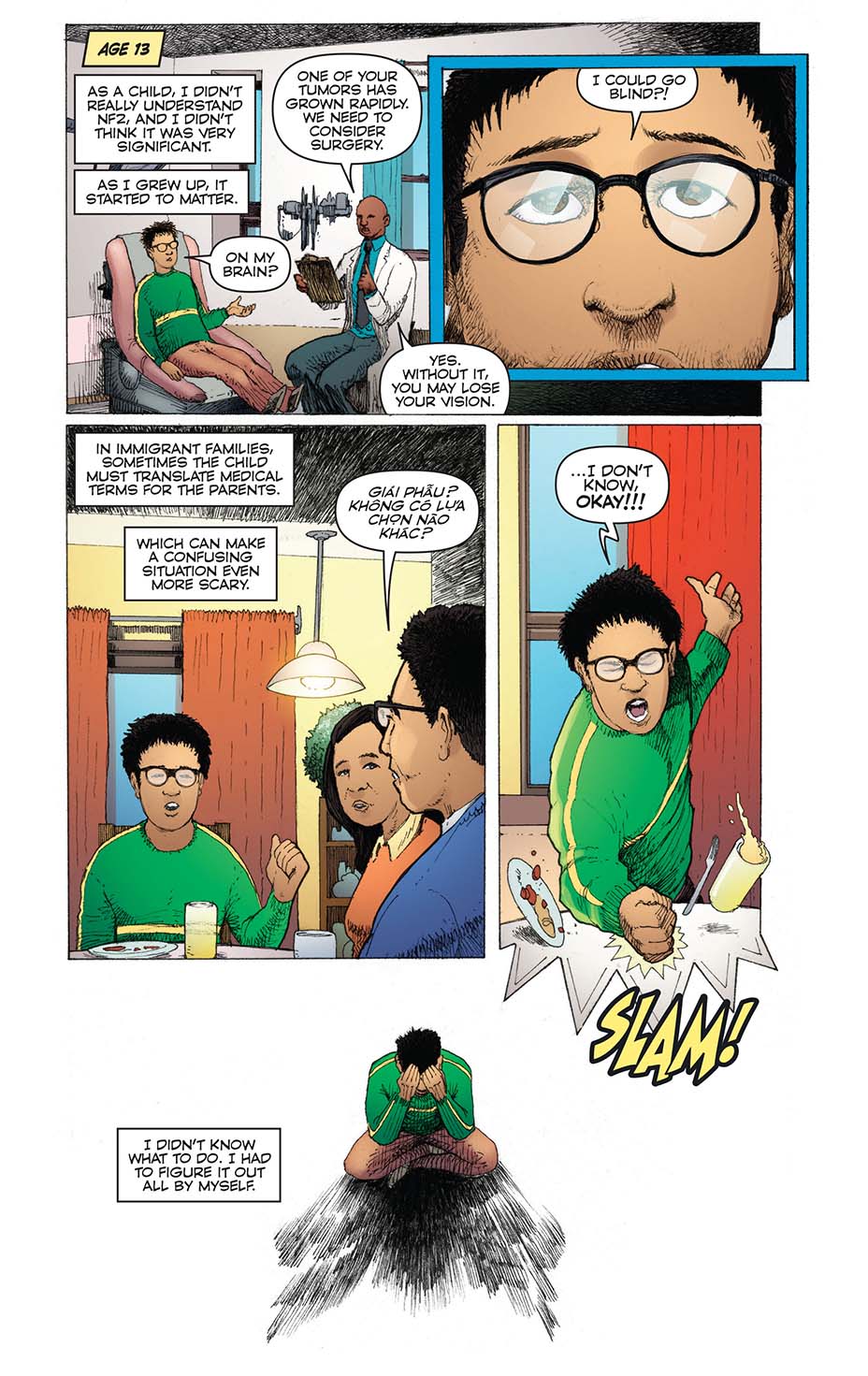