For years the closest connection between Hollywood and China was the rising red pagoda still benevolently referred to as Grauman’s Chinese Theater. In front of the movie palace lie the hand- and footprints of Jackie Chan and John Woo, who along with Bruce Lee, could be considered China’s most recognizable Hollywood imports (although they hail from Hong Kong, not mainland China).

Now, Chinese investors like Dalian Wanda Group, which just agreed to acquire of Dick Clark Productions for a reported $1 billion, and Alibaba, which recently bought a stake in Steven Spielberg’s Amblin Partners, are fervently seeking out Hollywood ventures. Strengthening ties in every step of the movie-making process has become a top priority. Hollywood, in turn, is flocking to China, eager to collaborate.

But the country of 1.4 billion people remains heavily censored. “You must understand that everything is impossible and everything is possible in China,” says John Penotti, president of Sidney Kimmel Entertainment and vice chairman of Ivanhoe Pictures, who began traveling there regularly for business six years ago.

Some insider tips on how to navigate the People’s Republic:

Eddie Huang's Guide on Where to Eat in Shanghai and Beijing

If country-hopping, carry a primary and duplicate passport; the latter comes in handy when tied up procuring a last-minute visa. “Many Asian countries require visas, and I can’t be without a passport,” says Penotti. “It’s a totally legit government-sponsored program” that can be applied to via the State Department website. Penotti also has an Asia-Pacific Economic Cooperation business travel card, which fast-tracks him through immigration (applications at travel.apec.org/apply.html). For the flight, Melissa Cobb, chief creative officer at Shanghai-based Oriental DreamWorks, says her portable mister and moisturizing sheet masks (she likes SK-II) “are embarrassing but a must” to keep her skin hydrated. Fitness-gear-wise, Cobb leaves the running shoes at home in favor of a space-saving swimsuit, which packs well with her dresses that are knee-length for optimal corporate decorum and heels in her Tumi carry-on. When returning stateside, Adam Goodman, president of Le Vision Entertainment, packs lo han kuo, a Chinese herb from monk fruit that “gives me superpowers when I’m not feeling well.”

Best Ways to Get There: With time changes, expect to lose a day flying the 14 hours from L.A. to China. Amblin Partners co-CEO Jeff Small flies direct on Air China’s 984, which is “brutal on the L.A. side” because it departs at about 2 a.m. but gets him to Beijing Capital International Airport (PEK) at 5 a.m. Former Paramount vice chair Rob Moore, Penotti and Goodman take Cathay Pacific’s 883 midnight flight to Hong Kong (HKG) first. The three-hour leg from Hong Kong to Beijing “takes a few more travel hours, but when you arrive in China your body is already on Beijing time,” says Moore. Goodman adds that the flight from Hong Kong to Beijing “means I’m not a jet-lagged zombie — when I arrive in Beijing at 8 a.m., I’m ready to work.”

Hong Kong’s redesigned The Pier business lounge, with a teahouse and noodle bar, is “the best airport lounge in Asia,” says Katzenberg. To get from Beijing to Shanghai, Borden travels by train: The 4½-hour trip “is worth it; airplanes in China aren’t reliable, but trains are on time.” For the return flight, Penotti takes Cathay’s 882, departing Hong Kong at 4 p.m., so he can be back in L.A. for dinner with his family. 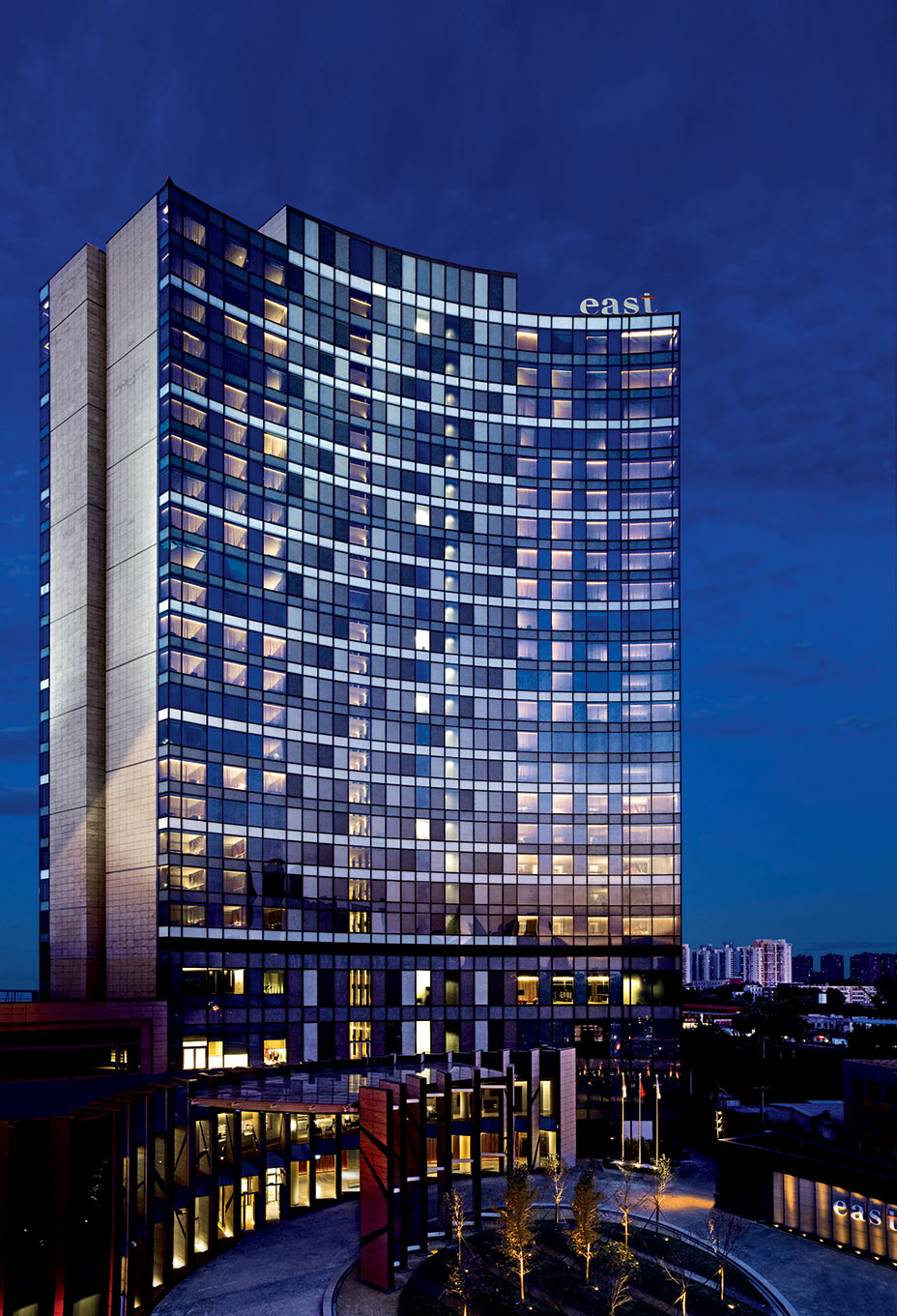 Where to Stay: Traffic in Beijing is infamously horrendous, causing thick, gray smog and hours-long pileups. Shanghai trails close behind. Like many, Jeffrey Godsick, executive vp worldwide partnerships at Sony’s motion picture group, books hotels based on proximity to meetings. “Something might be 10 miles away, [but it] could take you 45 minutes to an hour,” says Godsick, who prefers the Waldorf Astoria Shanghai on the Bund and the Rosewood Beijing, which has a concierge who handwrites address cards in Chinese for taxi drivers. Adds Moore about the Rosewood, “It puts you in a convenient location to the best movie theaters and shopping areas, and it’s a reasonable drive to the airport.” Godsick recommends making “car arrangements through the hotel” — or try the car service Didi, a favorite of Katzenberg’s.

Other hotel recommendations include the Park Hyatt Beijing (from Small), the Jing An Shangri-La in Shanghai (from Moore) and The Langham Shanghai (from Borden). Goodman looks to Beijing’s Nuo hotel, which “feels more residential than hotel-like.” Penotti is a huge fan of the nearby Chinese-owned East, Beijing: “My guy at the hotel, Chin, saves my Magic Bullet for me, which I brought a while back. I make fresh smoothies every morning.” Penotti packs hemp, chia, protein and goji powder and requests almond or coconut milk and frozen blueberries from the hotel for his morning wake-up beverage. In Beijing’s Sanlitun district, East’s sister property The Opposite House has attracted Alfonso Cuaron, Blake Lively and Alicia Vikander and is a favorite of Cobb’s. In Shanghai, Cobb uses The Peninsula hotel as a meeting spot, also preferred by Katzenberg. 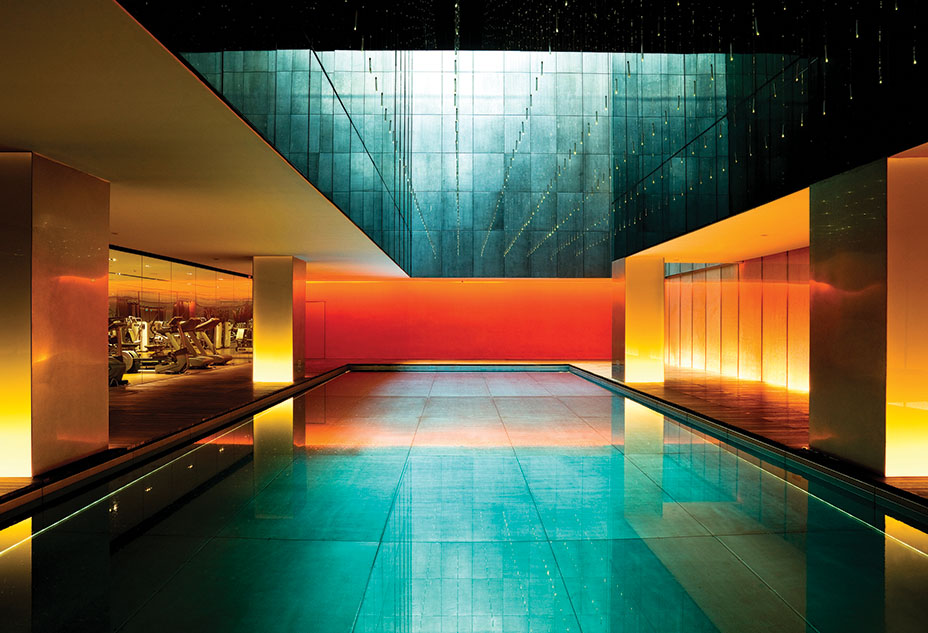 Where to Eat: Business and casual meetings, especially first introductions or follow-ups, often take place over a meal, and happily, a large number of internationally renowned chefs have opened outposts in the two major cities. In Shanghai, First Street Films’ Borden, a California native, loves Zapata’s, a Mexican joint, as well as Baker and Spice for his morning coffee and M on the Bund, Australian restaurateur Michelle Garnaut’s now iconic spot. Cobb orders the waffles at Shanghai’s Liquid Laundry: Its reclaimed wood and steel aesthetic looks as if the restaurant freshly escaped Brooklyn. On the Bund in the same city, her go-to’s include chef Jean-Georges Vongerichten’s Mercato and Goodfellas, two Italian eateries, the latter of which lines its walls with black-and-white photos of celebrities misbehaving.

In Beijing, “you must try the hot pot,” says Moore. “Transformers star Li Bing Bing is an owner of one of the best in Beijing called the Hot Number One Restaurant.” Da Dong, in the same city, a cavernous, purple, 600-seat Peking duck restaurant that famously takes 24 hours to air-dry a duck, then 90 minutes to roast it, stands among Small’s favorites. (In July, chef Dong Zhenxiang signed a lease for two stories, two outdoor terraces, and nearly 13,000 square feet of space at 3 Bryant Park in New York.) Other Beijing favorites of both Small and Godsick include The Three Delicions, Temple and Opera.

Goodman is a big fan of Din Tai Fung, a Taiwanese dumpling and noodle restaurant with locations in 10 countries (including China and the U.S.): “It’s fast and easy and it’s like comfort food.” The former Paramount Film Group president also advises that when in China, “as a critical tip, bring more Power Bars than you could possibly ever need.” Other food strategies include Penotti making dinner plans while letting everyone know he’s a vegetarian — “which I’m not,” he tells THR. “I’m not as adventurous with food, so it’s a safe way to eat and yet still be a guest.” Likewise, Borden quickly committed “méiy?u wèij?ng” or “no MSG” to memory. “They use it like salt,” he says, explaining that he got frequent headaches and stomach aches when he first began traveling to China over a decade ago with Jackie Chan. And how do you survive a 20-course banquet? Jokes Katzenberg: “Smile a lot and dream about Jon & Vinny’s pizza,” the popular eatery on Fairfax in Los Angeles.