Chloë Grace Moretz will be dressed by Louis Vuitton for the Met Gala on May 6.

The actress attended her first Met Gala with Chanel and Karl Lagerfeld in 2014, before going with Coach in 2015 and 2016. This year, she’s stepping out for the first time with Louis Vuitton, which styled ambassador Emma Stone last year for the “Heavenly Bodies”-themed event.

“I just trust Nicolas [Ghesquière] so much,” Moretz told The Hollywood Reporter of the Louis Vuitton artistic director. “I think he’s an incredible designer and to be a part of such a magnificent brand, I really wanted to find something that felt … empowering and progressive and forward-thinking, almost. And I think that’s really something that Nicolas does. He creates the perfect silhouette that encompasses all those emotions into one.”

Moretz says that she and her stylist Nell Kalonji just chose the dress she’ll be wearing for the gala, which features a “Camp” theme this year. “We’re really excited for it,” Moretz adds. She’s one of 17 stars in Ghesquière’s pre-fall 2019 campaign, modeling in a Charlie’s Angels video with Sophie Turner and Laura Harrier for the house. (Moretz has been a Louis Vuitton supporter for years and attended his Paris Fashion Week fall/winter show in 2015). 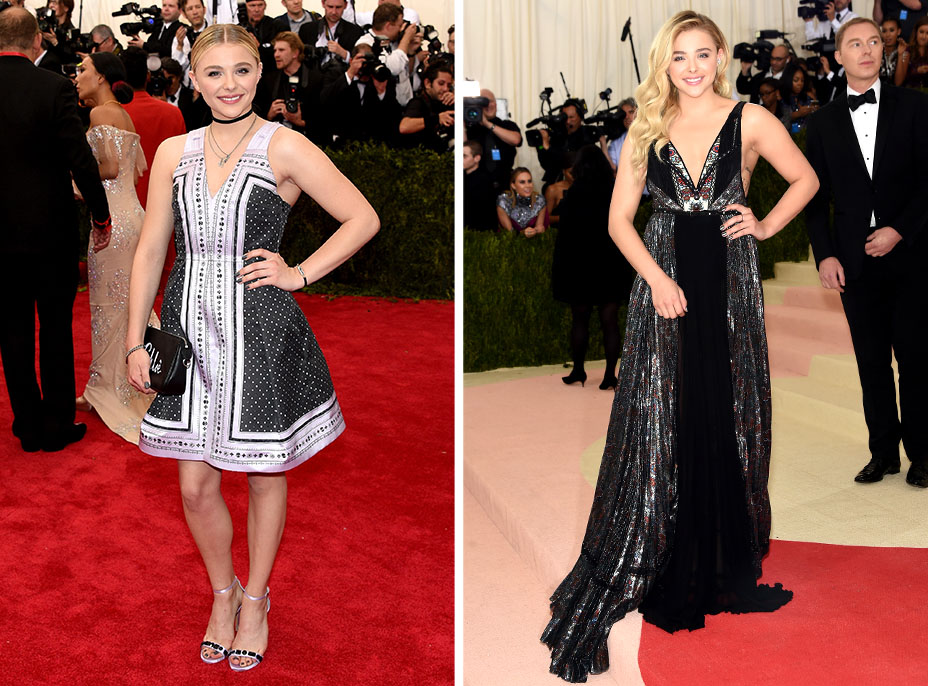 While Moretz’s partnerships in the fashion industry keep stacking up — she worked with Coach on a Valentine’s Day fragrance campaign this year — she’s also been tapped in the skin-care realm to work with Japanese anti-aging brand SK-II.

Since March 25, Moretz has been starring in a multi-episode campaign called Bare Skin Chat, in which the Greta star teaches James Corden how to use the Pitera Essence “miracle water” — the only product she uses. In the most recent video, out Tuesday, Corden and Moretz try out autonomous sensory meridian response (ASMR) in a funny bit.

Here, Moretz talks with THR about the line, collaborating with her styling team and the hot Met Gala next month.

What do you most love about SK-II?

I really love that it’s a brand that is really all about quality first. And I think every one one of their products is really incredible, is really perfectly fine-tuned, and they’re really quite exquisite products.

How has your skin-care routine evolved as you’ve gotten older?

For me, I think when I was younger, I used all the different products I could get my hands on and I kind of used everything at once. And then as I grew up, I started to find that simplicity is key and trying to keep it as simple as possible instead of kind of overloading my skin with a million different things. And so outside of using my Pitera Essence, I really just use olive oil to wash my face and that’s pretty much it. I try to keep it toned down.

Has growing up in Hollywood and being on sets helped you learn about skin care?

Yeah, I think definitely having to wear makeup on my face most of my career kind of taught me how to counteract that and breathe life back into my skin any chance that I can get. So for me, I’ve definitely [found] trial and error [is] what works best for my skin and keeping it in the place where I feel confident with it.

Did you have a favorite behind-the-scenes memory with James?

We had a lot of fun together. I think we both had a buddy moment being able to do the ASMR video. That was something neither of us had done yet and it was very silly and fun. We both had a very fun time jumping into that.

We pretty much improvised that one and just went with whatever we felt. We just had a bunch of utensils to play around with.

What are some of your favorite makeup looks right now?

For me, I’m kind of having a fun time playing with different time periods with my hair and makeup and playing with that and kind of twisting iconic looks into more modern things. I’ve worked with my hair and makeup team [makeup artist Mai Quynh and hairstylist Gregory Russell] since I was about 13 years old. So I trust them to do whatever they’re feeling and kind of jump in. And I’ve never been afraid of a more colorful look or a kind of wild hair look and so on and so forth. I like to focus on eyes, most definitely. I love a really good eye.

My collaboration with Nell is really exciting for sure. She and I have worked together since I was about 12 years old as well, so she knows me so well. And she knows that I love to push boundaries and try something new and different, and I’m not afraid of working with younger designers. We have a really fun time playing around. We are actually getting geared up to go into my first Met Ball experience with Louis Vuitton. So we just chose my dress and what I’m going to wear, and we’re really excited for it. So it’s been an interesting growth, when we first started working together to where we are now. … I’m the only person she styles, and it’s a really fun artistic outlet for both of us.

What were you looking for when working with Louis Vuitton for the Met Gala?

I just trust Nicolas [Ghesquière] so much. I think he’s an incredible designer and to be a part of such a magnificent brand, I really wanted to find something that felt … empowering and progressive and forward-thinking, almost. And that’s really something that Nicolas does. He creates the perfect silhouette that encompasses all those emotions into one. 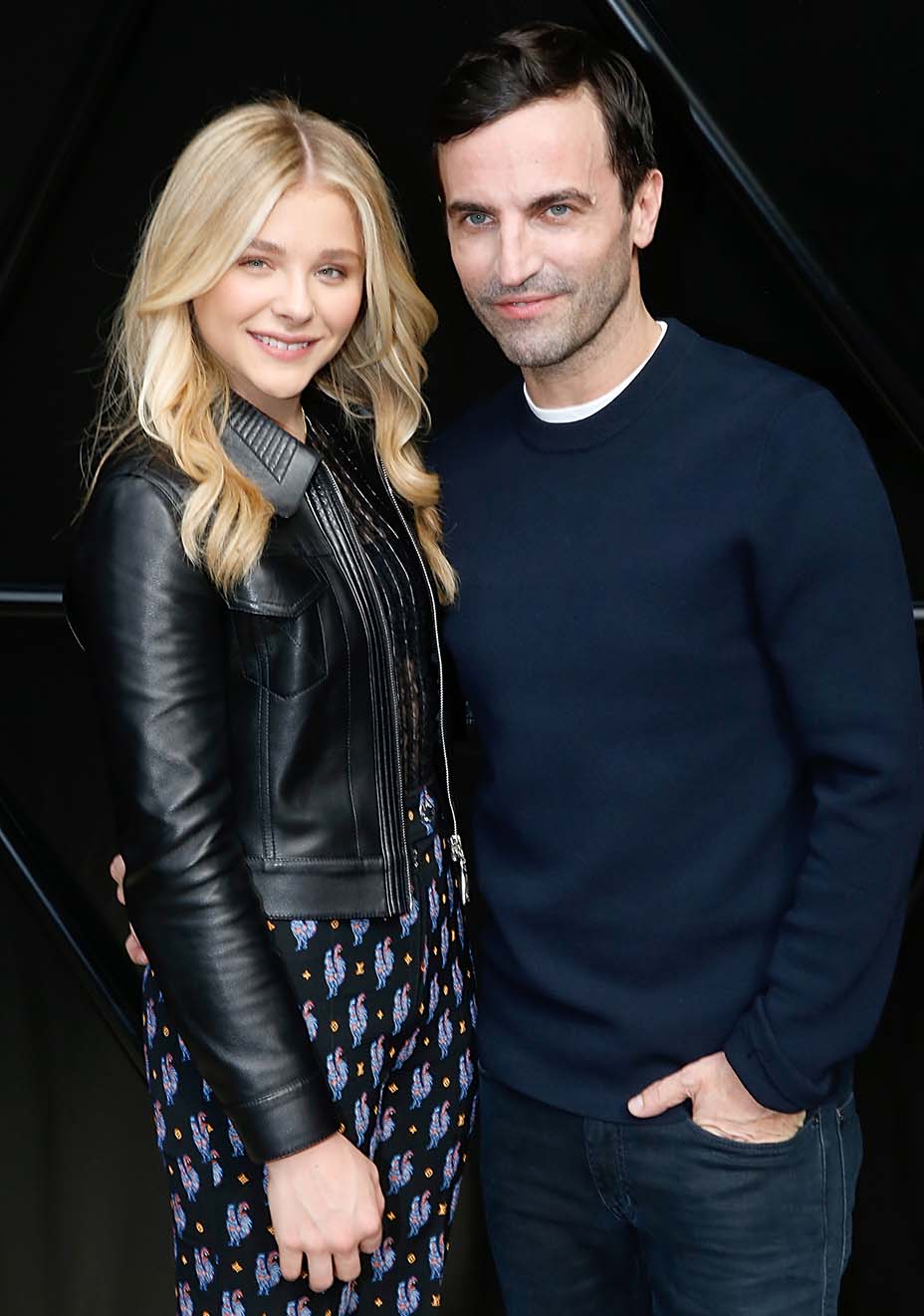 Do you think we’ll see more men getting into skin care and makeup?

People will say like, “Guys can’t wear makeup.” We get to have all the fun sometimes, so why not? And I think same goes with skin care. Guys are afraid to get facials or take care of their skin, and I think skin quality is a really big deal. To start from the ground up and take care of your skin is a really wonderful thing to do for yourself.

Would you ever consider having a beauty, fashion or skin-care line yourself?

Maybe one day yeah, who knows? I don’t want to write the future for sure, but I definitely think I’d be open to any of those.

Will you be at Coachella this weekend?

No, definitely not. I’m too busy right now, but I kind of made a rule for myself, because I never went to Coachella when I was younger and I grew up in L.A., that ever since then I was kind of like, I was going to be one of the only people that’s never been to Coachella. It’s a pretty good lineup, so I’m sure people will have a lot of fun.