The long-awaited Suspiria finally debuts in L.A. and New York this weekend, just in time for Halloween. The Luca Guadagnino-directed remake of the Dario Argento cult horror film tells the story of a dance school run by witches in 1977 Berlin, the year the initial film came out.

Chloe Grace Moretz opens the film playing the character of Patricia, a woman who has escaped from the school. She is desperate for help, crying out to a psychoanalyst, Dr. Jozef Klemperer, played by Tilda Swinton under loads of prosthetics, that the witches won’t rest until she’s dead. Klemperer’s diagnosis? Delusion. Patricia is the audience’s entry into the world of Suspiria, where it’s clear that nothing is as it appears.

It’s been a big year for 21-year-old Moretz, who also starred in the Sundance Grand Jury Prize-winning film The Miseducation of Cameron Post, directed by Desiree Akhavan. In that she plays a teenager forced by her conservative guardians to undergo gay conversion therapy. The film was a passion project for Moretz, who has long been an advocate for LGBTQ rights. After its theatrical run, the film can be seen on demand and digital on Nov. 6.

The Hollywood Reporter spoke to Moretz about how her brothers influenced her career, how she stays calm in an anxiety-ridden world and what roles she’s looking forward to taking on next.

When did you first see the original Suspiria?

My brother Trevor [Duke-Moretz] is a big cinephile, so I grew up watching very outsider movies. But I saw it probably when I was, I’d say, 11. And then I rewatched it, obviously, as an adult before doing this. I loved the aesthetic of it. 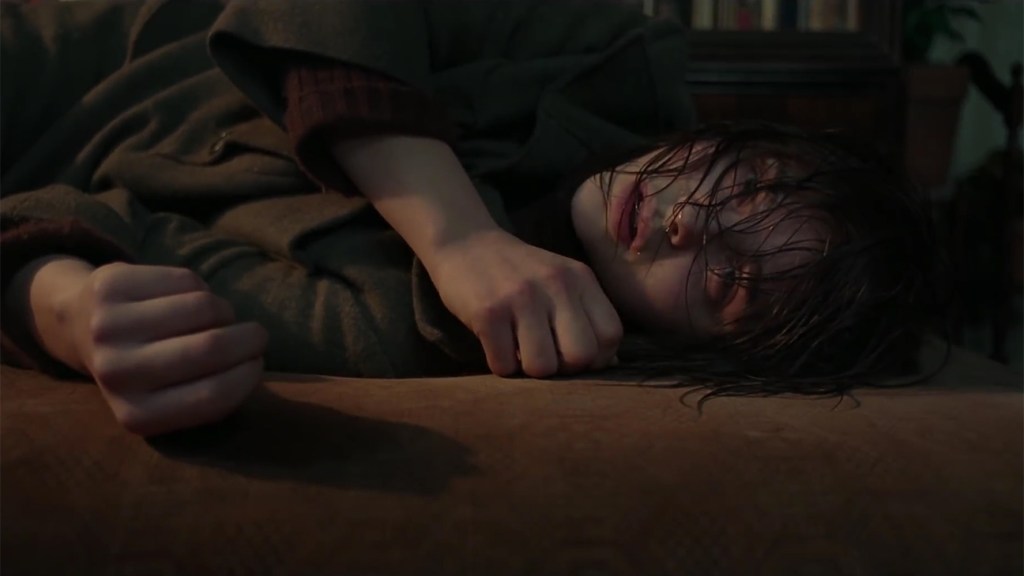 What was it that drew you to this character?

Well, Luca is someone I’ve known for years. We’ve tried to work together since I was 15, but I was a little young for all of his female characters and the sexuality that comes with them. I had just finished Cameron Post right before I started filming this one, and I got both scripts at the same time. And these were the two scripts that I think reignited who I was as an actor.

And Luca’s approach to the character of Patricia was really exciting. It’s an opportunity to be, you know, Janet [Leigh] in the beginning of Psycho or Drew [Barrymore] in the beginning of Scream, to be the propelling force that shotguns you into the movie and sets the tonality and the severity of the project at hand.

And Luca has said that even Patricia is, in a way, a witch, because she’s doubted. Was this how you played it?

One hundred percent. I think it’s an interesting depiction of what being a woman in society for millennia has been, and how witchcraft has actually been used to demonize femininity and womanhood since the Salem witch trials, and prior to that. I mean, it’s all the tropes of witchcraft and femininity that society has pressed on women forever. She’s the direct depiction of it.

And even as the audience member, you feel guilty looking at her in the beginning, going, “This chick is totally crazy.” That’s what we really had to find, the humanity within her and the true latent fear and terror within, so you didn’t laugh at her in the beginning, because it’s an easy character to laugh at. I had to flit around the room and act like a psychopath, which is really easy as an actor to fall into the schlocky trope and not lean into the realistic, human struggle of what this girl is going through.

Do you go to therapy in real life?

Definitely. I think mental health, it’s important to me as a human, but especially, I think, as an actor, it really helps. But I think there should always be someone that you talk to, whether it’s an actual therapist or not. I like an actual therapist because you gain a breadth of emotional vocabulary, and it gives you a way to deal with everyday struggles and also to realize that your problems aren’t singular. When you realize that your problems are honestly kind of general, it’s cathartic. And you realize that you are not that special, which I thought was really great. I’m like, “Oh my god, I have all these issues, it’s only me!” She was like, “It’s not only you, everyone deals with these and they are actually very common, and it’s OK, and you are going to be fine.” That’s the best. 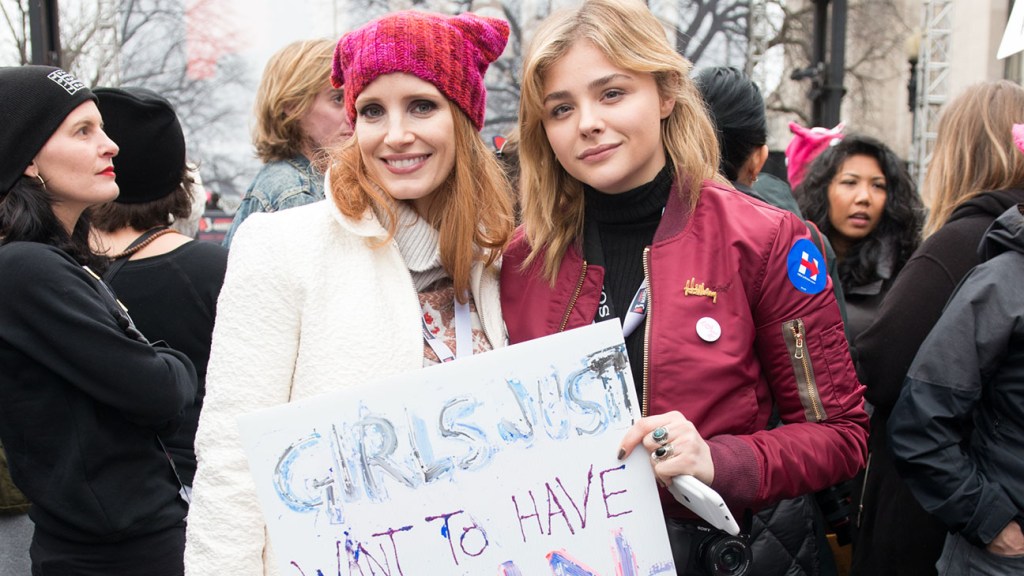 What is the biggest personal struggle you’ve overcome so far?

There have been so many things that I have overcome thus far in my life and in my career, but I would say it’s being able to find my own identity within the portrayal of Chloe Grace Moretz. At one point, I felt carpets and everything were just fun and just silliness, and something shifted one day where I was suddenly terrified of them. And I was terrified of photos, and I was terrified of being objectified by people. Just being seen by people freaked me out. And that was brand new for me. That happened at age 19. I was like, “Why am I now afraid of everything, where did this anxiety come from?” Which happens to, I think, a lot of people all of a sudden, this onslaught of anxiety.

And I realized that it was because I’ve always played a role. And I think what becoming an adult is is dropping the role and becoming a person, and not running away from your problems but dealing with them, and becoming proud of your issues, and becoming proud of your identity. And being like, “Well, this is who I am and I’m not going to shy away from that and fit into your societal box.” I don’t have to laugh it off and shut it off if I don’t want to. I’m OK to cry and not be OK with a situation.

Do you still struggle with anxiety?

Meditation has really, really helped me, and just getting on a workout schedule. Working out is something that really helps with my anxiety. But I know that the minute I fall off of that, for sure.

But I think as a woman, it’s very difficult to deal with the hormonal fluxes that we deal with monthly. I deal with so much anxiety hormonally from my cycle. Your cycle doesn’t know when you are going to be on the red carpet for a gala. So partner that with a lack of sleep and jet lag, and it’s like a total spiral.

So for me, I just make an effort to make sure that I give myself 30 minutes a day to walk away. That just means shutting a bathroom door and just standing there for a second and focusing on my breathing, and focusing on my brain, and reconnecting to my heart and understanding who I am. That gets rid of the anxiety for me. But I think that, yeah, as an adult, it’s never not going to be a struggle. There’s so much societal influx around you, and there are so many people who need something from you. 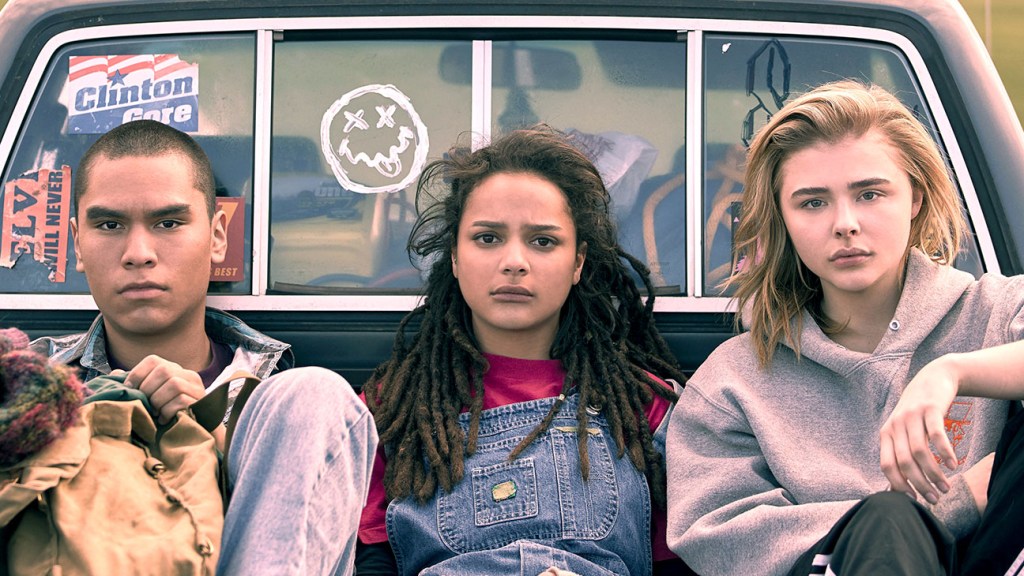 What’s the key to great collaboration between a director and an actor?

Well, I think it’s just really wonderful to work with filmmakers that I truly believe in and trust. Desiree Akhavan and Luca Guadagnino are two people who looked at me and saw past everything, every movie that I’d ever done before. And they wanted to allow me to re-envision myself within these characters, and to overcome fears of playing a character that I usually wouldn’t be cast in, in both these movies.

So to have these movies that I championed personally, especially Cameron Post, it’s a movie that everyone told me not to do. It was really Trevor who said, “Do it.” We made it for $900,000. And for it to be getting the accolades that it’s getting now is something for me personally where it allows me to trust in my heart and trust in my gut. Don’t go against your intuition in this industry.

How do you stay focused on your career goals?

It’s really helpful for me to help partner my activism with my art. Being political has always been something that has been inherent to who I am. Having two gay brothers, I have just always been political, working with human rights organizations and GLAAD and the Trevor Project. But being able to do movies like this, which I think are politically forward, movies that are societally impactful, that’s the future of who I am and what I want to do.

I don’t want people to know where I’m going to go next. I want them to be inspired by the fact that you don’t have to be pigeonholed into any arena. You can do whatever you want to do. I mean, I’m producing, I’m directing, I’m writing, I’m acting. I’m 21 years old. And I’m also a social activist. So stand up for yourself and stand up for who you are, and allow that to influence your career path.