Can’t keep up with what’s been going on in the social media world? Fret not. Here, a gathering of what the stars have been up to this week on social media.

While out promoting Passengers, a sci-fi romance thriller starring Chris Pratt and Jennifer Lawrence, Pratt isn’t using the opportunity to post a lot of pics of the ever-elusive J.Law. Instead, he’s cropping out his co-star — a post-breakup photo edit typically reserved for holding on to that really good pic of yourself. Either way, posting photos of Lawrence, even cropped, is a surefire way to gain followers.

My publicist Allison just took this hilarious candid photo. Totally startled me and #JenniferLawrence. It’s little moments like this I’m so glad to be able to share with our fans as we promote #passengersmovie

Prince Harry met up with Rihanna in Barbados while enjoying an extended stay around the 50th Anniversary of Independence National Monument, during which the country celebrated 50 years of independence from the United Kingdom. To mark World Aids Day, Prince Harry and Rihanna sat together to be tested for HIV (The Guardian reported the results as negative), illustrating how far the monarchy has come since Harry’s mom, Princess Diana, first helped focus global attention on the AIDS crisis in the 1980s. After getting tested for HIV with Prince Harry, Rihanna hopped in the pool with a beer, as she should.

Watch as Prince Harry and Rihanna @badgalriri take an HIV test in Barbados on #WorldAIDSDay This year Prince Harry has been focusing on the ongoing need for action in the fight against HIV and AIDS. #RoyalVisitBarbados

Gigi and the Gang Grab Burgers in Glam

Bella Hadid, Gigi Hadid and Kendall Jenner were undoubtedly hungry after eating clean to prep for the 2016 Victoria’s Secret Fashion Show, held in Paris this year. Supermom Yolanda Hadid revealed on Instagram that the models dieted by eating chicken and salad and had plans for a post-runway burger, stat. So where did the girl gang go to chow down after the show and afterparty? Kim Kardashian and Kanye West-approved Ferdi Paris, of course, the fashion haunt where the hamburgers are grande in calories and taste. The icing on the cake was that Gigi changed out of her incredible Victoria’s Secret Fashion Show afterparty Versace gown into the custom Versace jumpsuit that she had worn to host the American Music Awards. After all, a custom jumpsuit covered in sheer Swarovski crystal mesh is the perfect look for the after-afterparty. 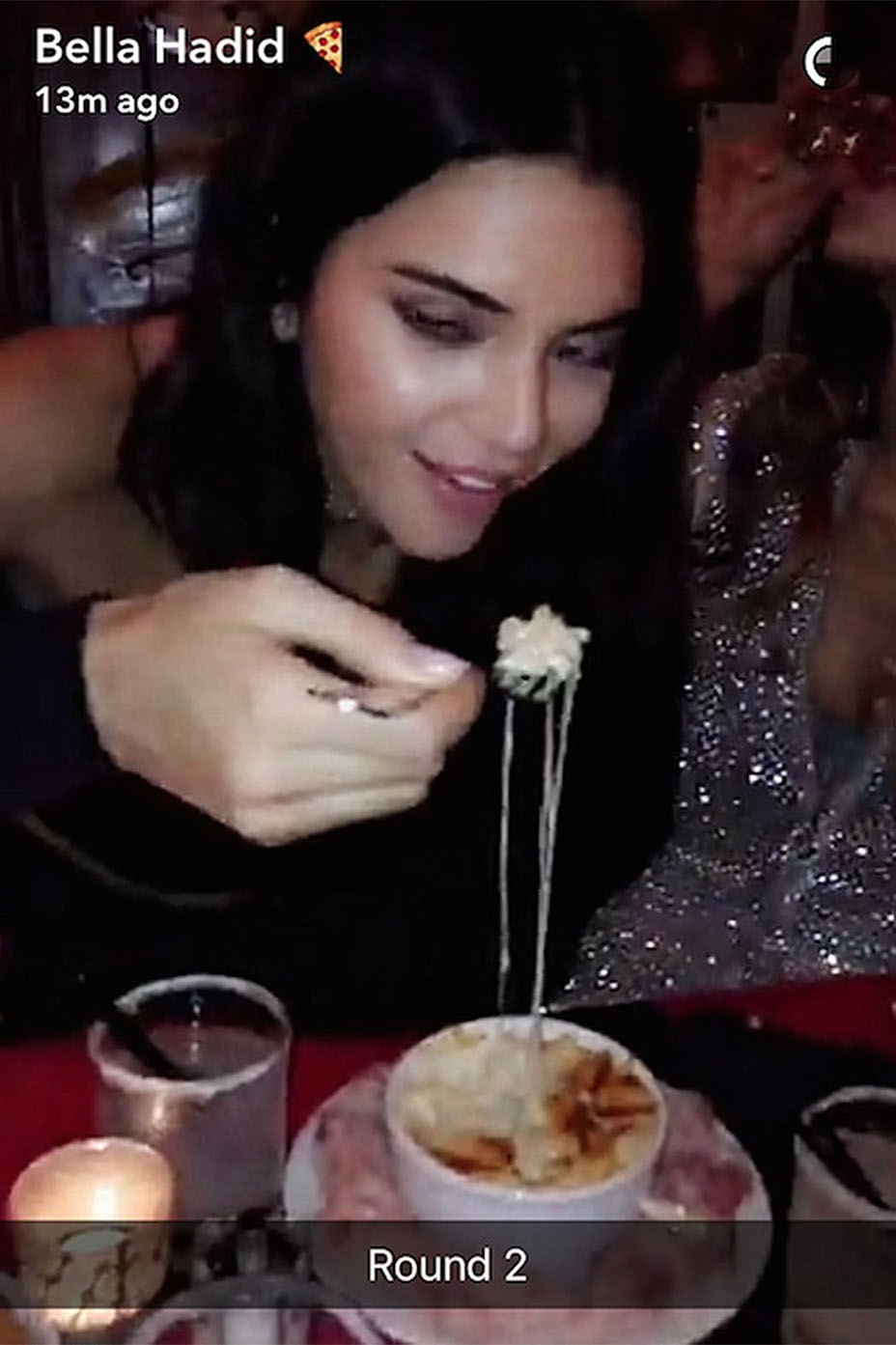 Raise your hand if you’ve told Leo you’re on the pill.

On the subject of women’s issues, @Dear_Ivanka, an artful activist account that begs the future first daughter to forgo her father’s politics, is quickly gaining momentum and international attention. The account is the work of Halt Action Group, which hopes to appeal to Ivanka Trump’s rational side by posting images of her with “open letter”-type captions. One photo shows Ivanka posing for a selfie in a bathroom, with the caption: “Dear Ivanka, I’ve been raped and I need to have an abortion.” In a statement to THR, Halt Action Group explained the nucleus of the account: “Comprised of concerned individuals who have banded together to defend our democracy against the incoming Trump administration. Many of us happen to be artists or work in the arts, but anyone is welcome to join. The Dear Ivanka account was put up in conjunction with a protest which we staged on Monday in front of the Puck building, one of Jared and Ivanka’s luxury residential development projects.” The account has captured the attention of one of the artists whose work covers the walls of Ivanka’s Park Avenue palace — artist Alex Da Corte commented: “Dear @IvankaTrump get my work off of your walls. I am embarrassed to be seen with you.” Want to attend the next protest? Halt Action Group tells THR, “Plans are in the works, but nothing to share yet.” Halt Action Group had no comment when asked if Ivanka has engaged or blocked the @dear_ivanka account.

As a good Jewish mother, what will you tell your kids @dear_ivanka when Steve Bannon infects the White House with his anti-Semitic ideologies? #fuckingmeshugganah

Model Emily Ratajkowski tweeted up a storm about photographer Jonathan Leder’s plan to sell a book of nude Polaroid photos of her. Ratajkowski’s side of the story is that a couple were to be used for “an artful magazine shoot.” Leder’s side of the story, titled Leder/Ratajkowski ($80), which speaks for itself, is available for preorder here (NSFW).

Editing Polaroids for the upcoming Polaroid show at the @castorgallery Chelsea. Opens Feb 9, 2017 .

I’ve been resisting speaking publicly on the recently released photos by Jonathan Leder to avoid giving him publicity. But I’ve had enough

This book and the images within them are a violation.

5 out of the now 100s of released photos were used for what they were intended: an artful magazine shoot back in 2012

These photos being used w/out my permission is an example of exactly the opposite of what I stand for:

women choosing when and how they want to share their sexuality and bodies.