Chrissy Metz is the latest actress to fire back against unsolicited criticism of her fashion choices.

Alongside her This Is Us co-star Milo Ventimiglia, Metz took the stage to present the Best Duo at Sunday evening’s MTV Movie & TV Awards. Soon after her appearance, the actress faced comments from body-shamers who suggested that she shouldn’t have worn the red latex mini dress that she stepped out in. 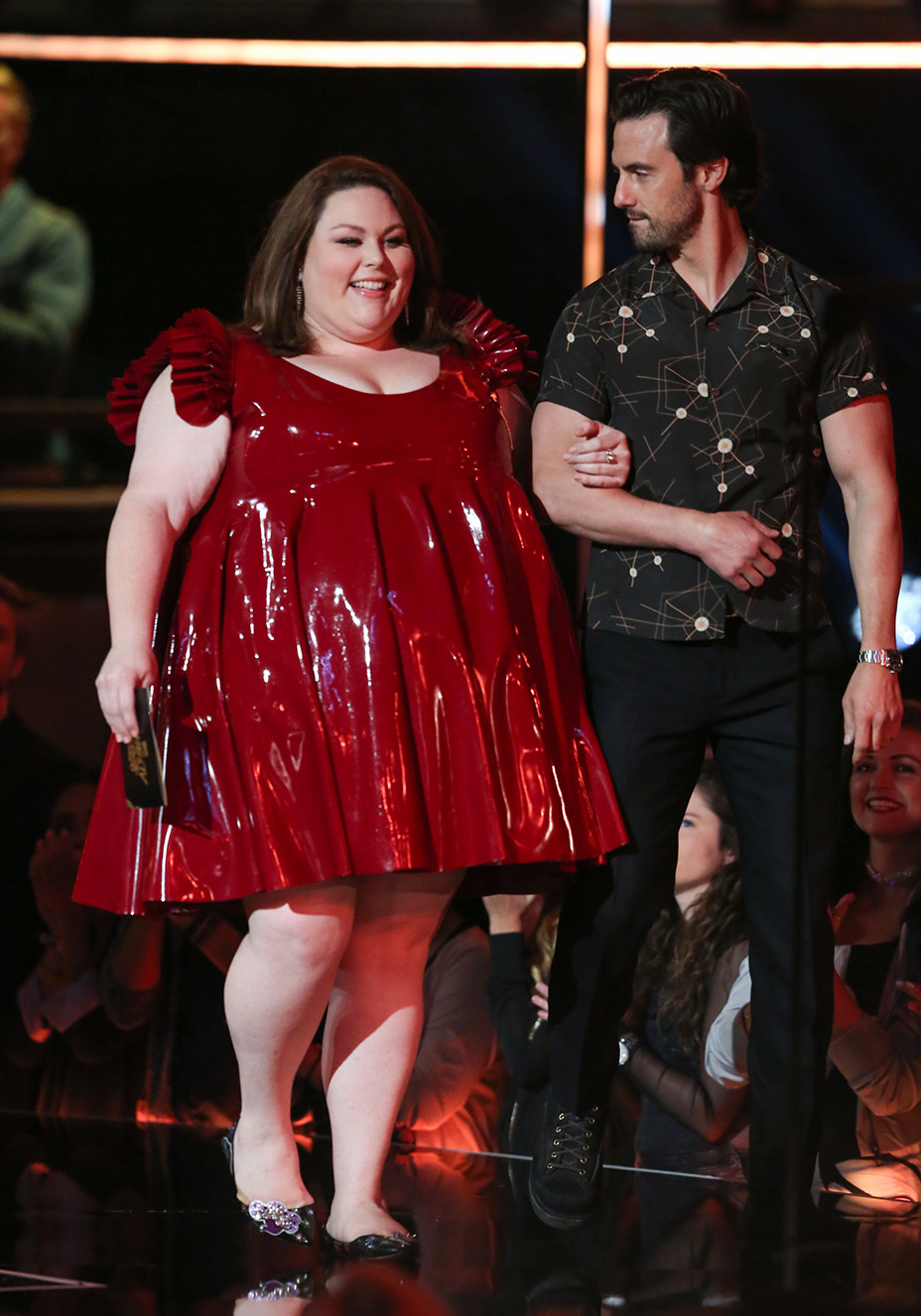 “For the record, I wear what I want, when I want,” Metz tweeted early on Monday morning, without specifically referencing the Movie Awards.

For the record, I wear what I want, when I want. News flash it’s
MY body. #thankstho

She continued, “News flash it’s MY body,” adding the hashtag #thankstho. The 36-year-old has been a body positivity activist since breaking into the limelight on NBC’s hit show, which took home the Tearjerker award on Sunday evening. Most recently, she penned a letter to her teenage self for People’s “Most Beautiful” issue, in which she she wrote, “Contrary to the bill of goods you’ve been sold, life is not a competition. Stop comparing yourself to anyone or anything.”

Metz is one of a string of actresses to fire back at her digital critics by using social media as a mouthpiece. Just last week, Ariel Winter penned an open letter to media who called her bosom-bearing gold mini dress inappropriate for the daytime panel she participated in with the rest of her (conservatively dressed) Modern Family costars.

Ariel Winter Responds to Critics of Her Revealing Dress