Songwriter Diane Warren jokes that she may now be the Susan Lucci of the Oscars after losing a 10th time on Feb. 24 when onetime collaborator Lady Gaga bested her in the original song category. But Warren is not one to spend any time sulking — instead, she’s lined up another contender by contributing the tune “I’m Standing With You” to the soundtrack of Fox’s faith-based family film Breakthrough.

To perform the song, Warren found an unexpected star from TV’s This Is Us — and it’s not chanteuse-turned-actress Mandy Moore. Rather, it’s Chrissy Metz, who stars in the film and handles the vocals on the title track, which is featured in the pic’s end credits.

“To be honest, I was like, ‘Oh, fuck — an actress who wants to sing? Yikes,” Warren quips to The Hollywood Reporter, adding that her initial idea was to pair her with a superstar in a duet. But the studio requested that she give Metz a try. “I met her in the studio and left while they recorded,” says the songwriter. “I came back in a few hours and she blew me away. I was so shocked. She’s so soulful and has a great voice. I believe her.”

So Warren insisted the track be “all Chrissy” in what will mark her debut single. The movie — directed by Roxann Dawson, produced by DeVon Franklin and executive produced by NBA superstar Steph Curry — focuses on the true-life tale of a mother who turns to faith to help save her son after he falls into an icy Missouri lake. Metz calls the collaboration with Warren “an absolutely incredible experience,” adding to THR that she’s been moved by the songwriter’s music “since I could remember.”

It’s the perfect kind of film for these “divided times,” says Warren. “It’s depressing as fuck right now, so let’s have a movie about something positive. We can all be cynical. What’s wrong with having a little faith, positivity and a happy ending?”

Even though she didn’t get her own Oscar this year, Warren says she’s hopeful about the future, which includes another song for Mindy Kaling’s Late Night soundtrack. “I never thought I had any chance this year,” Warren says of losing to A Star Is Born‘s “Shallow.” “There are always upsets, so you never really know. Just ask Glenn Close. I felt for her so much. Everybody says, ‘You got it, you got it, you’re going to win.’ And you buy into it. It’s not anybody’s fault. I love being nominated.”

The Breakthrough movie soundtrack, from Mercury Nashville, hits stores and streaming platforms Friday and features such artists as Carrie Underwood, Darius Rucker and Lauren Alaina. The film will bow in theaters April 17. 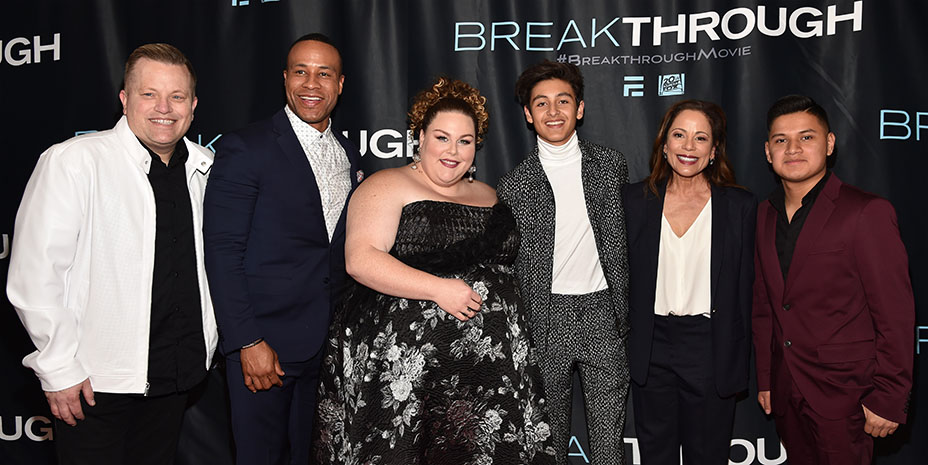