Continue to The Hollywood Reporter SKIP AD
You will be redirected back to your article in seconds
Skip to main content
August 11, 2017 9:40am

“When I’m off duty, it’s bra-off… duty,” says Chrissy Teigen, tucked into Helen’s wine store at Jon & Vinny’s restaurant in L.A.. “Why even bother to style a slouchy sweatpants look? When I cook and stuff, I wear lots of robes. I’m a robe person. Or a terry cloth towel — my nickname is Terry — terry towel.”

On Thursday night, Teigen and hubby John Legend are on-duty at one of their favorite dining spots, celebrating her latest fashion role as the face of L.A. designer Andrea Lieberman’s A.L.C. On-Duty collection, exclusively for Intermix boutiques.

A Hair Raising Prospect: Eyebrow Transplants All the Rage in Hollywood

The 16-piece collection is all about the kind of polished separates on which Lieberman has built her A.L.C. brand the past 9 years, including several cool white poplin shirts, an open-shoulder long sleeve stripe top, army zip-front pants and a black tie-back mini-dress. 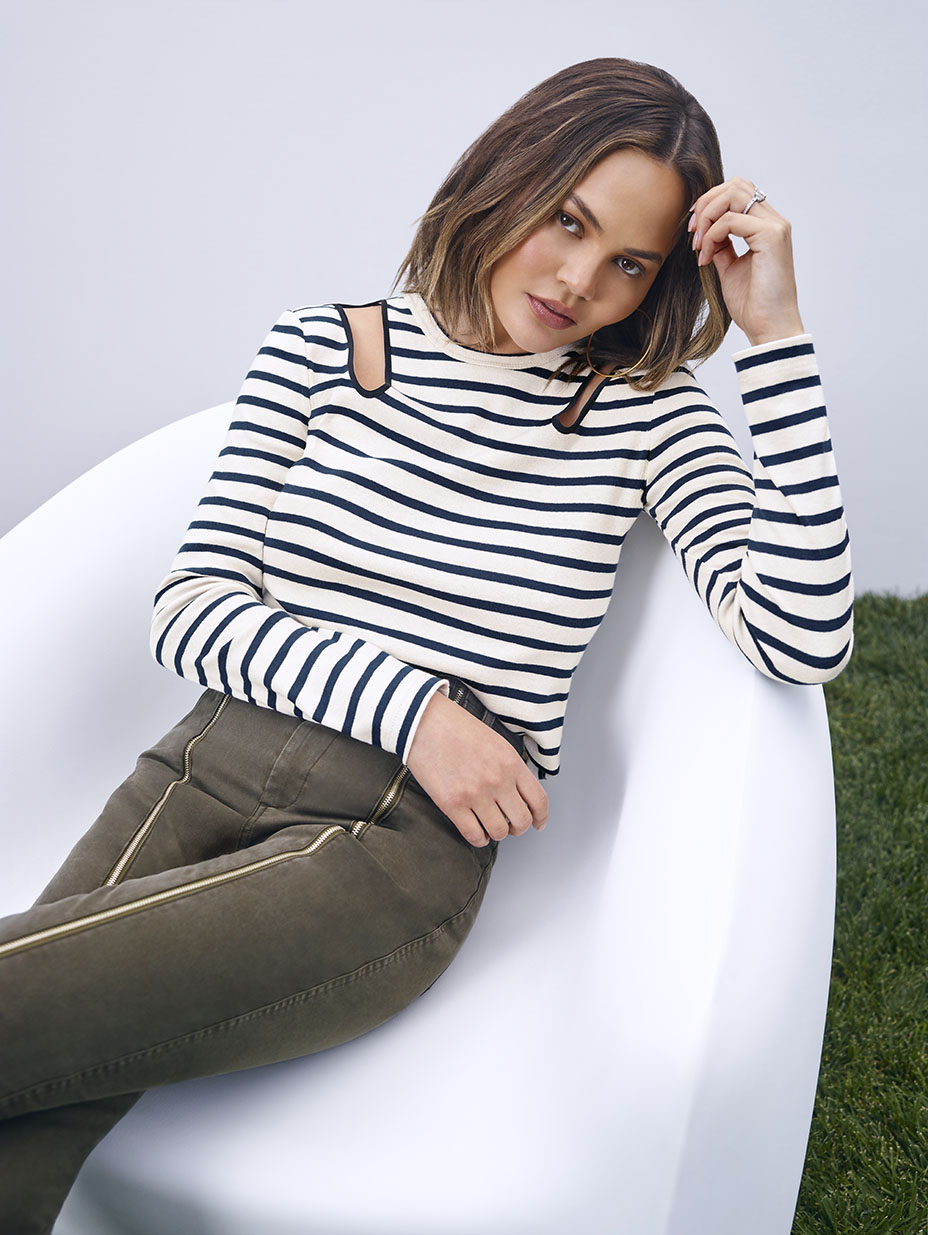 “I’ve been wearing her clothes for so long now, they are so transitional and easy to wear,” says Teigen of Lieberman, who was a stylist (she put Jennifer Lopez in that infamous slit-down-to-there leafy green Versace dress for the 2000 Grammys) before she became a designer.

Teigen, who started her career as a fashion model, shot the campaign at her L.A. home, and gathered friends and supporters over spaghetti bolognese, pizza and soft-serve ice cream to toast it, including stylist Monica Rose, hairstylist Jen Atkin and singer Kacy Hill. 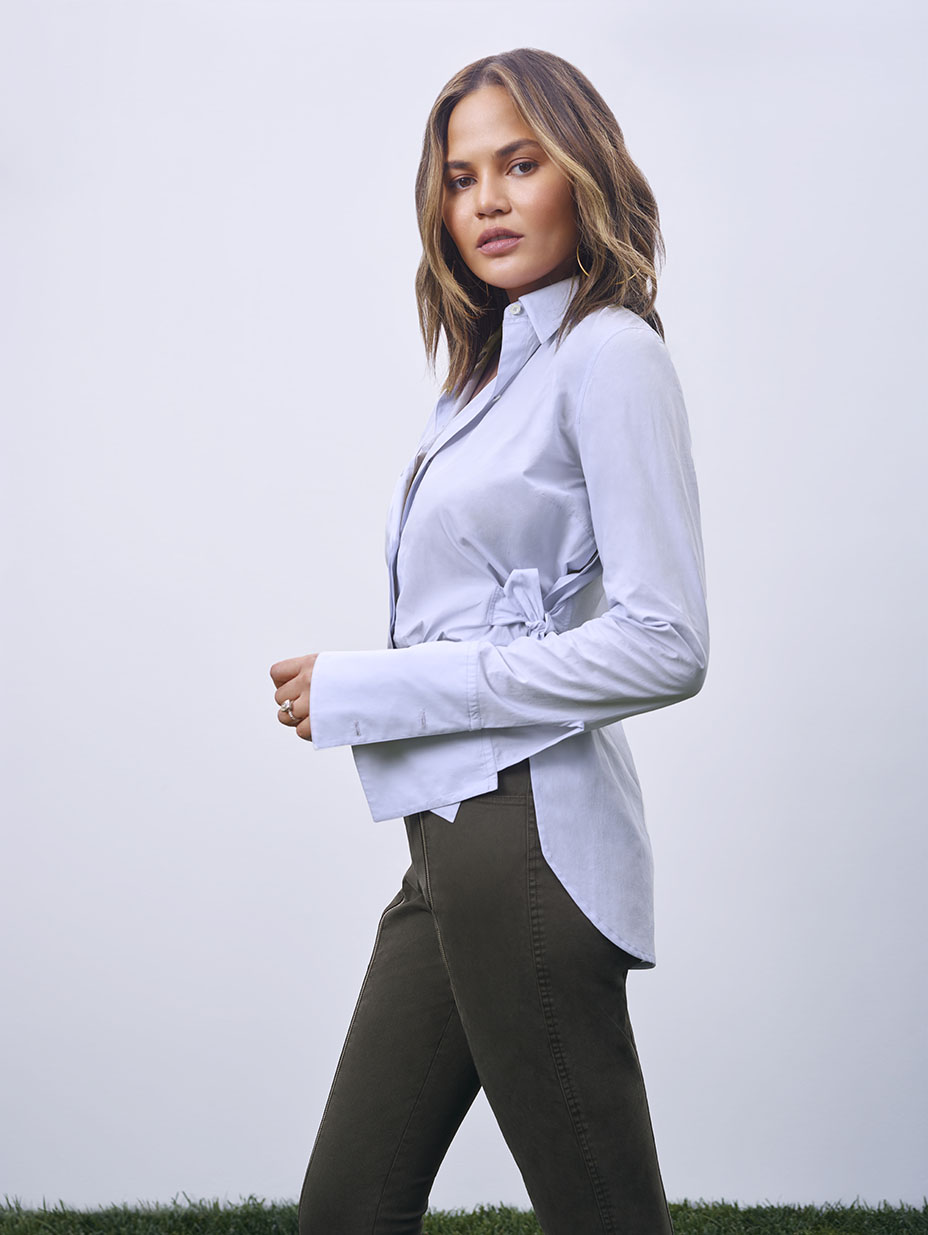 These days, Teigen is well known for her outspoken social media profile (she was blocked by President Donald Trump earlier this year). “I keep forgetting that I’m blocked,” she laughs. “I will try to retweet something and it will say ‘you can’t read this.’”

Like the rest of us, she struggles to set boundaries for herself when it comes to screen time. “We just went on a social media retreat in Bali because we were realizing how much time it was taking. John and I were on a car ride to south Orange County, and I was timing how much we looked up at each other. I realized we weren’t in communication at all and thought, ‘My god, we spend a lot of time on our phones.’” 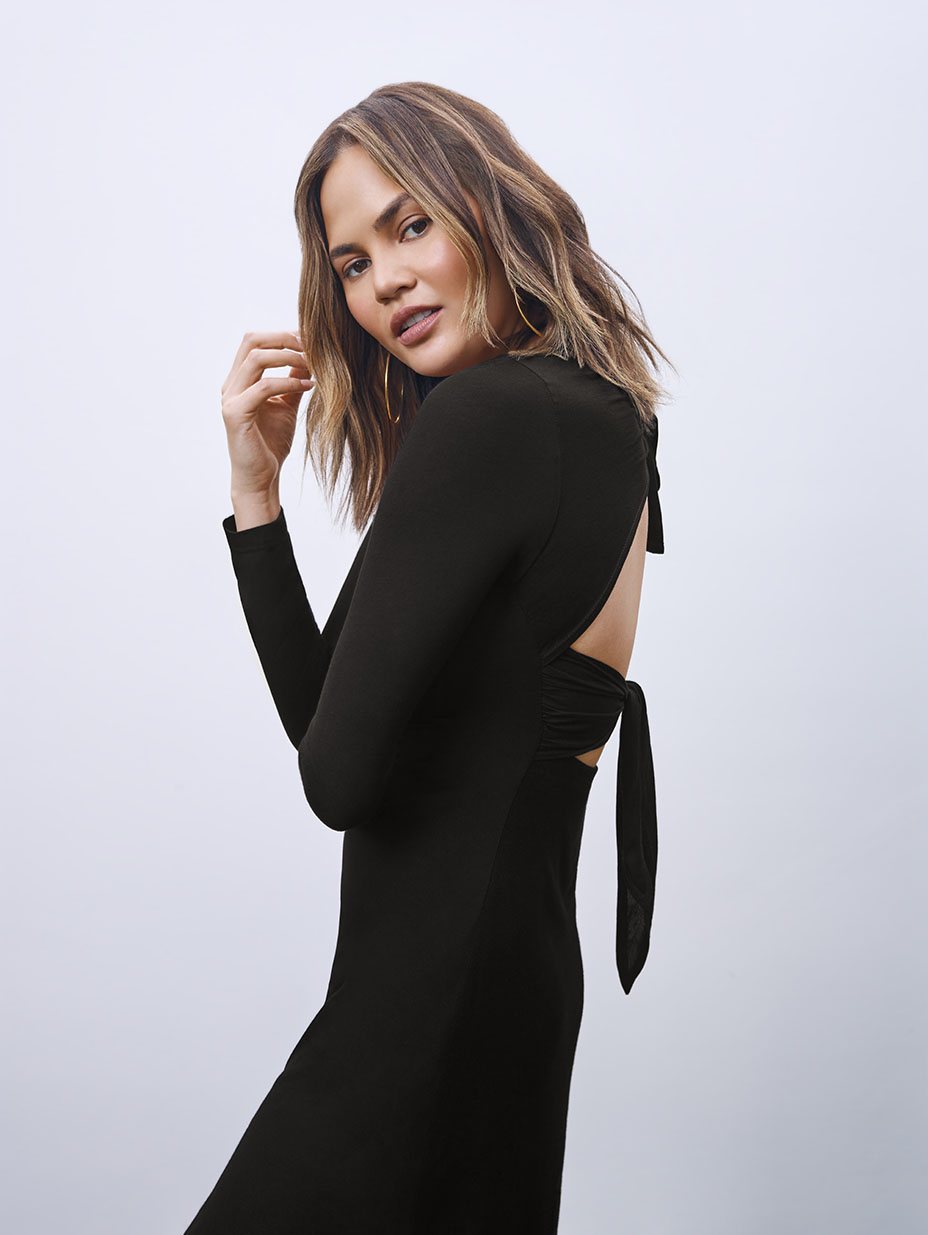 When it comes to giving advice on the subject, “I’m horrible at it… and I’m tired of waking up and forcing my eyes open to read Twitter. Luna is already starting to learn passwords,” Teigen says of her one-year-old daughter.

“I’ve been trying to push back, and I don’t think it’s good to hear bad news all day,” she says, referencing the minute-to-minute updates on Twitter. “I’m the kind of person who it weighs on.” 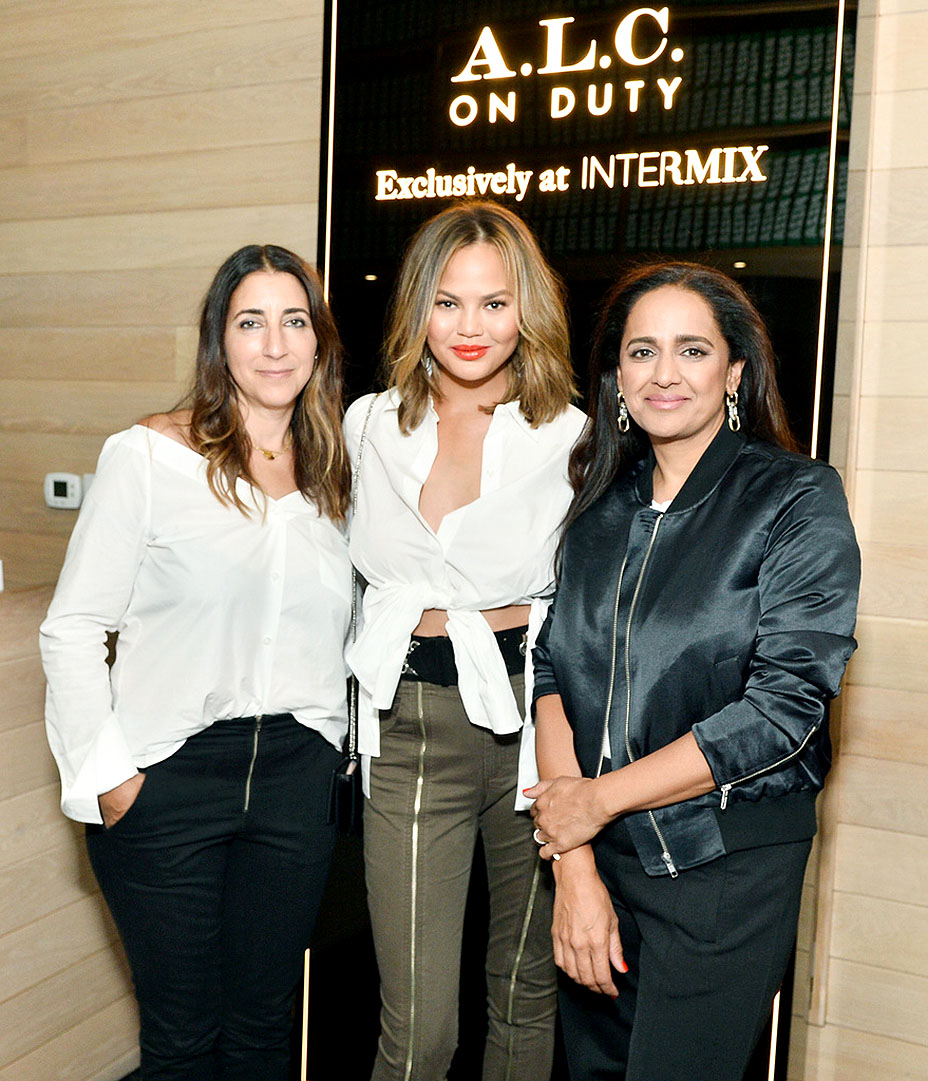 As a mother of two, Lieberman can relate. “My kids are so into wanting to be on a device.”

But, the designer notes that Teigen is one of her online heroes. “She feels like your best friend on social media,” Leiberman says. “And in person, she’s bubbles and champagne. She’s so unapologetically herself and we’re honored to have her be the face of this campaign.”

Teigen will be at the Robertson Boulevard Intermix store on Aug. 11 from 5 to 6 p.m. to promote the collection.

I’ll be at Intermix on Robertson today from 5-6 for the launch of my collab with ALC! I AM VERY PROUD AND EXCITED please come!! pic.twitter.com/zPcf7Hzw5P