Continue to The Hollywood Reporter SKIP AD
You will be redirected back to your article in seconds
Skip to main content
June 8, 2018 8:30am

Much to her own surprise, Christine Baranski has been playing the same character for nearly a decade. But she’s not suffering from the kind of stale material that could easily befall an actor in what is, ostensibly, a spinoff of a Big Four legal drama. Instead, the second season of CBS All Access’ The Good Fight saw Baranski’s liberal lawyer Diane Lockhart comically debating Donald Trump’s infamous “golden shower” tape, flipping grown men in a martial arts dojo and micro-dosing on hallucinogens to cope with the political climate. It’s a stretch from Diane’s seemingly unflappable demeanor on her previous series The Good Wife, albeit one the 66-year-old has welcomed.

Did you expect the second season to lean as hard as it did into Trump?

I don’t think they’ve ever written the show, or The Good Wife before it, as funny and as weird and as dark. Rather than assume that everyone had Trump fatigue, they went headlong into the Trump universe and put the characters in that strange reality that we are living in. There’s a paranoia and a sense of tragedy and general weirdness about the whole beginning of the series. It works in my favor because I always played the sane one, the grown-up in the room. Now they have her microdosing on mushrooms.

Do you share your character’s disenchantment with the state of the world?

Diane’s very close to me in her politics. I was never a morning TV person — I don’t like the sound of television in general — but I have taken to watching Morning Joe every day. At work, I have the TV on in my dressing room. When I get home at night, I’m sorry, but there I am watching Rachel Maddow. It was almost a prerogative of mine, in playing this character, that I really invest in the news … that I remain horrified. And I have. I’m going on vacation, and one of the reasons is to get away from my phone and the television. I don’t want to hear Donald Trump’s name. But actors have to stay in touch with whatever’s going on in that universe that they inhabit. I often feel for Claire Danes. What a dark world she has to be in as an actress to do the work that she does [on Homeland]. 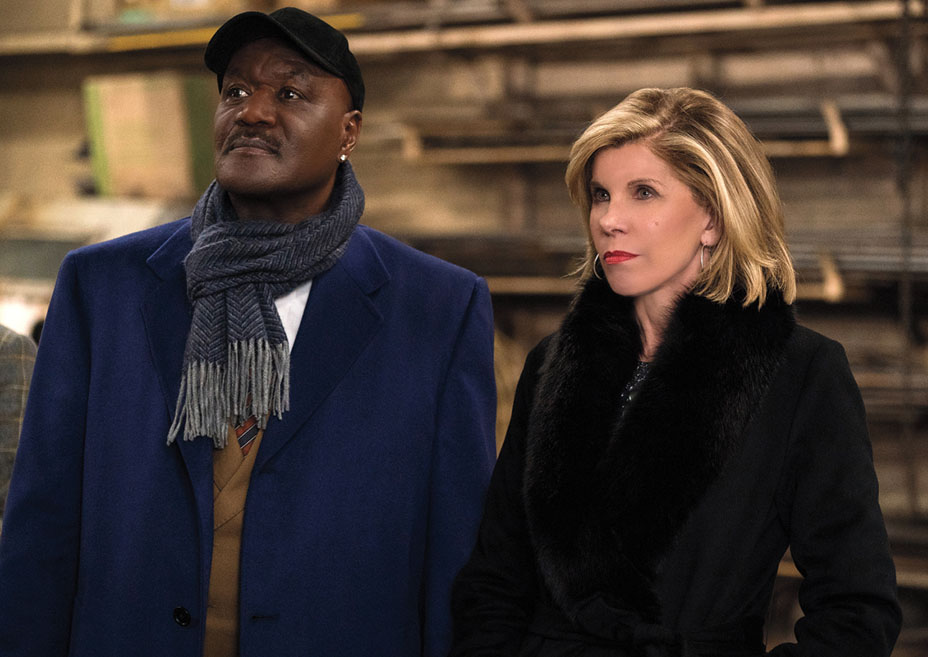 There are more and more reboots. Is there a world in which that happens for Cybill?

First, I don’t think you could possibly get Chuck Lorre to do that. (Laughs.) Recycling in that way is just very tricky. I get it, but one thing I would not want to do is come back years later and do jokes about getting old. That’s just not where I want to be. My suggestion is just put the original on and see how good it was. That first year and a half of Cybill was so fresh. We had a great chemistry. And this was before there was a Sex and the City or a Will & Grace, when suddenly a lot of women were swilling martinis. But nobody had seen a character like Maryann [in 1995]. England had with Absolutely Fabulous, but not America.

What kind of role do you wish Hollywood would offer you that it hasn’t yet?

I’d love a Helen Mirren-type role in a feature film — something really gritty, fierce and intelligent. I’d love to try my chops with a great film director like Ridley Scott or Martin Scorsese, where I get to do scene work with great film actors in a serious Movie. Like Allison Janney and Laurie Metcalf [in I, Tonya and Lady Bird, respectively], suddenly they broke into major feature films and just got that one role that was so right for them. That’s what I’d like to have happen. But I’ve done a lot in comedies and musicals. What are the chances that you would work with Meryl Streep twice [in Mamma Mia! and Into the Woods]?

Speaking of Meryl, did you have to sign an NDA about her involvement in the Mamma Mia! sequel? She doesn’t appear in the trailer, which prompted a lot of speculation.

We don’t tolerate mystery in our postmodern era! We’ve got to talk about everything before it even opens. Well, you’re going to have to wait. And believe me, it’s going to be a wonderful surprise.

Were you surprised by how popular the original was?

When we had the premiere in Stockholm, there was a motorcade and we were riding down the street and waving. The streets were lined with people. It’s the closest I’ll ever come to feeling like the pope. We are living in very dark times, and I think to have a movie as sensuous and optimistic as this new one will make people so happy. We need Mamma Mia 2! more than we even needed the original. The world was still sane then.