At a recent performance of Gloria: A Life, Letty Cottin Pogrebin, one of the founding editors of Ms. magazine, along with the play’s subject Gloria Steinem, remarked on the uncanniness of Christine Lahti’s portrayal of the feminist icon. Pogrebin said watching Lahti was an “out of body experience.”

Lahti is well versed in Steinem’s mannerisms, as the two have been close ever since they were introduced by mutual friend Callie Khouri, the Oscar-winning screenwriter of Thelma and Louise. But Lahti really began studying Steinem as soon as she learned she’d be playing her onstage.

“I’d go out and I’d say, ‘OK, Gloria, you know, I’m watching you, and taking notes on how you’re holding a fork, and how you’re using your napkin,'” Lahti said of a dinner they had together. “And she laughed. I mean, it was fun.”

Steinem was involved in the creation of the play, which is written by Emily Mann and directed by Diane Paulus. In fact, the entire creative and production team, as well of the cast is made up of women.

“I don’t think I’ve ever worked with a female director and a writer,” said Lahti. “I’ve never been in a room where there was no ego. The process of doing this play was truly the greatest creative experience I’ve ever had in my career.”

The Hollywood Reporter caught up with Lahti to talk about how her own journey mirrors that of Steinem’s, what she’s given up for the role and how she hopes the play will inspire feminists of all ages. 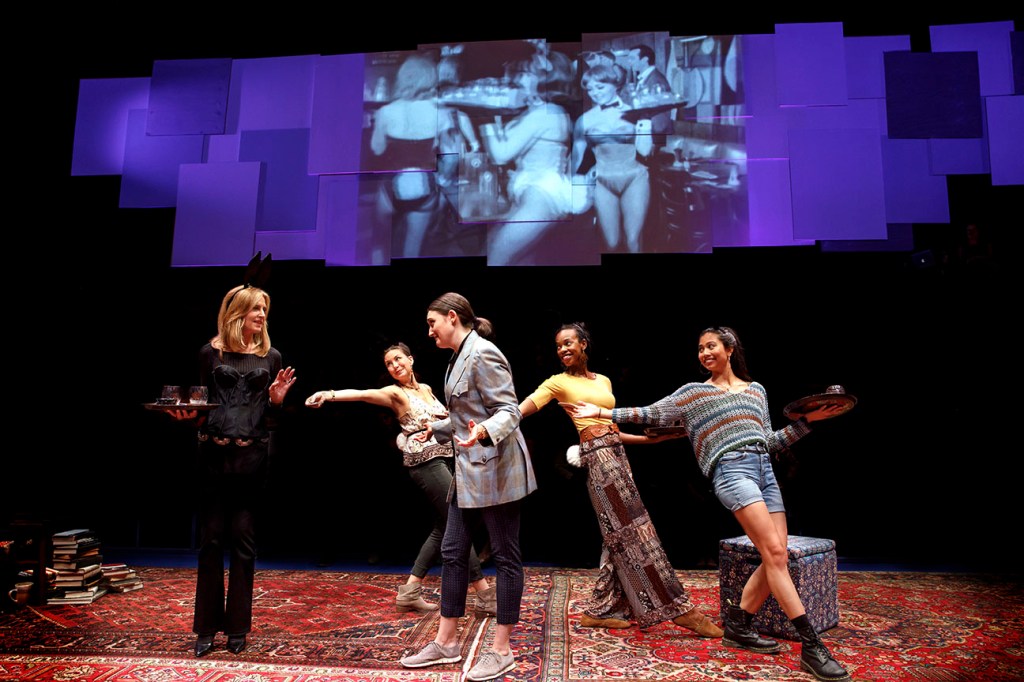 Were you always active in the women’s movement?
Oh, yes. So, I was completely unwoke when I went to college in 1968 to 1972. And then around 1970, I learned about feminism, and Robin Morgan, Betty Friedan and Gloria Steinem, and they saved my life. I mean, they gave me, through feminism, a life jacket. Getting to play this woman who’s not only a close friend, but someone who I really credit with changing and enriching my life, as well as so many others’, it’s such an honor for me.

How do you relate to Gloria’s journey?
We connect on so many levels. Our relationship with our mothers was very similar, even though her mother had an anxiety disorder. My mother didn’t suffer those problems, but she did suffer from internalized misogyny. Being a ’50s housewife and mother, that kind of went along with the territory. She’s really suffered from low self-esteem, and being a second-class citizen, and I observed that as a woman. I decided that, like Gloria, I was going to do everything I could to make sure that all women matter because my mother didn’t matter.

What’s it like performing the show for Gloria?
She’s very positive and very generous and seems to really love what we’re doing. It is always a little nervous-making when she’s in the audience. Because every move I make, I’m thinking, “Does she move like that?” It just does make me a little more self-conscious when she’s there.

What have you given up to play this role?
Alcohol. I’m not a big drinker, but I love a glass of wine with dinner, and that’s gone because I need every brain cell in my brain. I don’t get off stage for an hour, an hour and a half. What else? I had to give up exercise for about six weeks, just because I’ve been so overwhelmed with lines and rehearsals and performances. But I just got home from SoulCycle, so I’m very happy to get back into that. What else did I give up? Oh, friendship. Sex, meaningful sex with my husband. I mean, it’s been boot camp.

How do you prepare for a performance?
I get to the theater two-and-a-half hours before each show, and I spend about 20 minutes warming up — vocal exercises, stretching and breathing. Then I do a speed-through of lines with somebody, and then I do makeup and hair. And then half an hour before each show is mine alone. I just go emotionally down to the most vulnerable places I need to go in the play. I need to go down to where Gloria goes every night, in this play, that emotional journey.

Do you keep anything special backstage?
I have pictures up of my mother, because of the relationship between Gloria and her mother. I have pictures of my kids, and I had Gloria’s books, and Gloria’s quotes all over my dressing room. She’s constantly an inspiration.

You mentioned that your daughter is an activist. How do you hope this play inspires the next generation?
My daughter is a radical intersectional feminist, self-proclaimed, and intersectional is the most important part of that equation for her. And like so many young women, the idea of listening to women of color, who were way ahead of us as feminists. Black women couldn’t afford to be unwoke. They had to be woke and struggling with oppression forever, and never had the benefits of the white patriarchy. As we saw from the Trump election, a lot of white women voted for Trump, and they’re often dependent on white men and have benefited from being white. So, maybe they want that status quo. It’s way more complicated than that, but my daughter and a lot of her generation are so intersectional. I think that’s so beautiful and so important.

Some young women will come to this, and they’re very moved. I think they didn’t know that my generation really had to work hard. They didn’t realize how much work was done by us, and that they are standing on the shoulders of their mothers. Hopefully the view from up there is better than the view from where we’re standing.

Gloria: A Life plays at the Daryl Roth Theatre in New York through March 31, 2019. 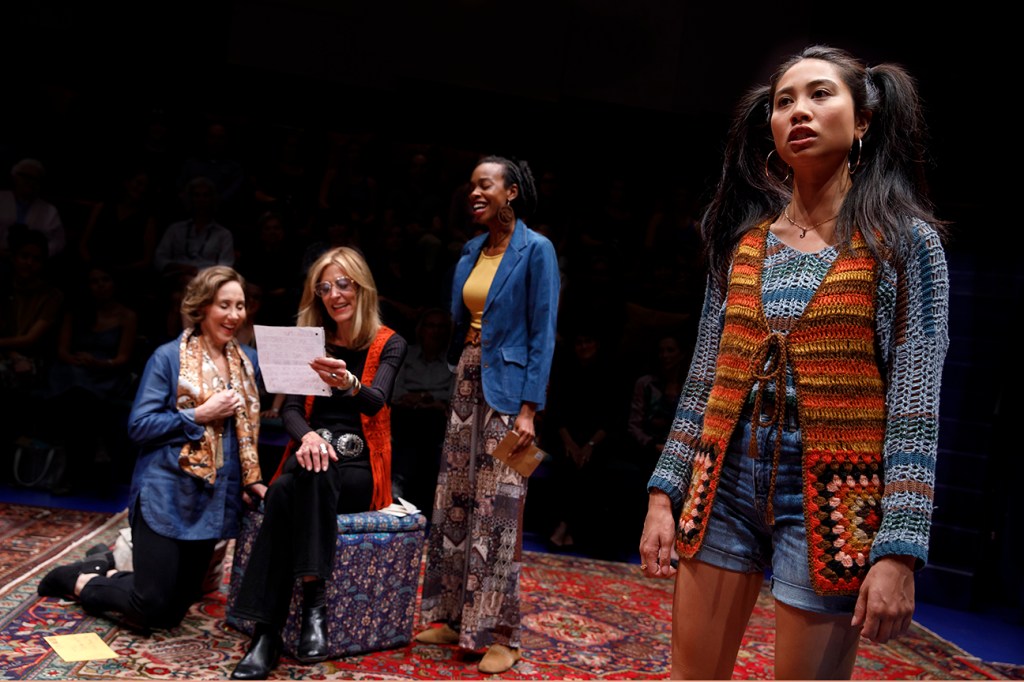