Almost everyone has gone through that period where they think their parents are dumb, but few people think about patricide as part of their teen rebellion. Clankillers, a new  series from AfterShock Comics, focuses on one girl planning that very thing — and a few more murders, as well.

The historical fantasy series, set in ancient Ireland, is described by artist Antonio Fuso as “Games of Thrones meets The Boondock Saints,” although he has a more detailed description for those seeking it. “Readers will find dark castles, ghosts, sorcerers, knights and two teenagers with tongues as sharp as razor blades who want to destroy everything,” he said. “We can say there is also a Sex Pistols aftertaste in it.”

“I’m first-generation Irish. So, I grew up with all of my Grandpa’s books of Irish mysticism and myths in my house,” writer Sean Lewis told Heat Vision when talking about the origins of the series. “I was always obsessed with stories like the Dullahan [like the headless horseman] and the Deargs [basically vampires] and how the country was broken down into clans fighting and killing each other. So I wanted to make a story about that.”

The story, in fact, has a familiar inspiration, Lewis revealed.

“Many people don’t realize King Lear is based on an Irish king. So I started thinking what if Shakespeare’s Cordelia was like Hit Girl — just tired of the clans destroying her country and the influence they have on her family. What if her response was: kill the clans, all of them, to try and get the country back to being sane. Basically, that is the story: Our main character, Finola, is the daughter of the most ruthless king in Ireland. He murders all the other clans to keep himself safe but his madness and rage is directed at his own blood. Finola thinks it’s all bullshit so, with her friend Cillian, she sets out to bring it all down. Father and all.”

Both creators were effusive about their publisher, with Lewis saying, “They found me Antonio, whose work was amazing. They’ve been a good collaborator allowing me enough room to tell stories in a way that excites me and allows me to do something I personally haven’t done before while still giving advice and oversight to make the books as good for the AfterShock line as possible.” (Clankillers is Lewis’ second series with the publisher, following this month’s launch of Betrothed.)

Fuso called his experience working with AfterShock as, simply, “Great! Absolutely great!” adding, “They gave me all the freedom an artist could desire so I’m having a great time inventing extreme layouts and character designs. And they are also very kind and full of contagious enthusiasm. I feel like I’m right at home.”

Clankillers kicks off July 18 with a first issue featuring a main cover by Fuso (above), and a variant cover by Juan Doe, which can be seen below along with two pages of Fuso’s artwork from the series. 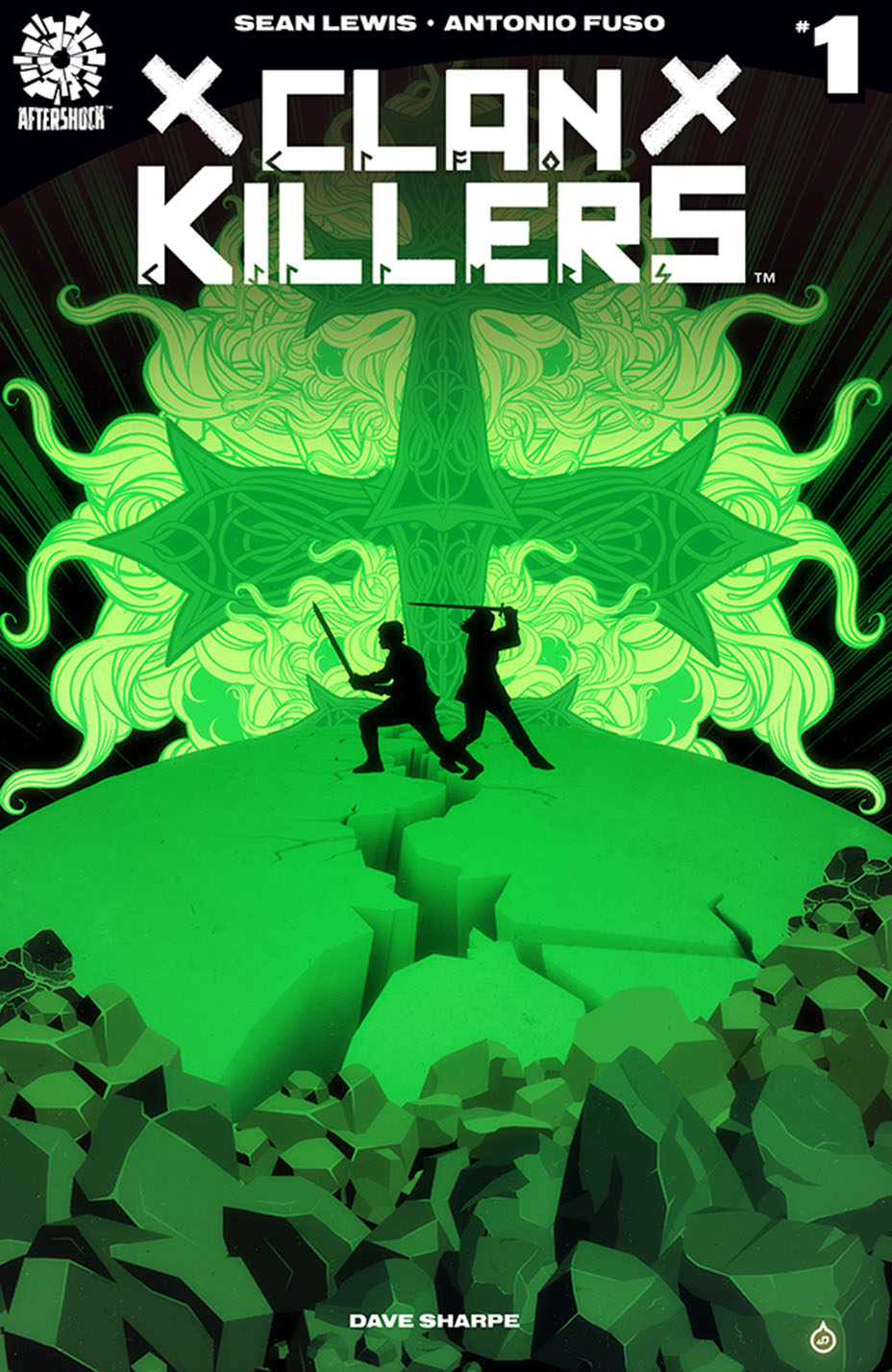 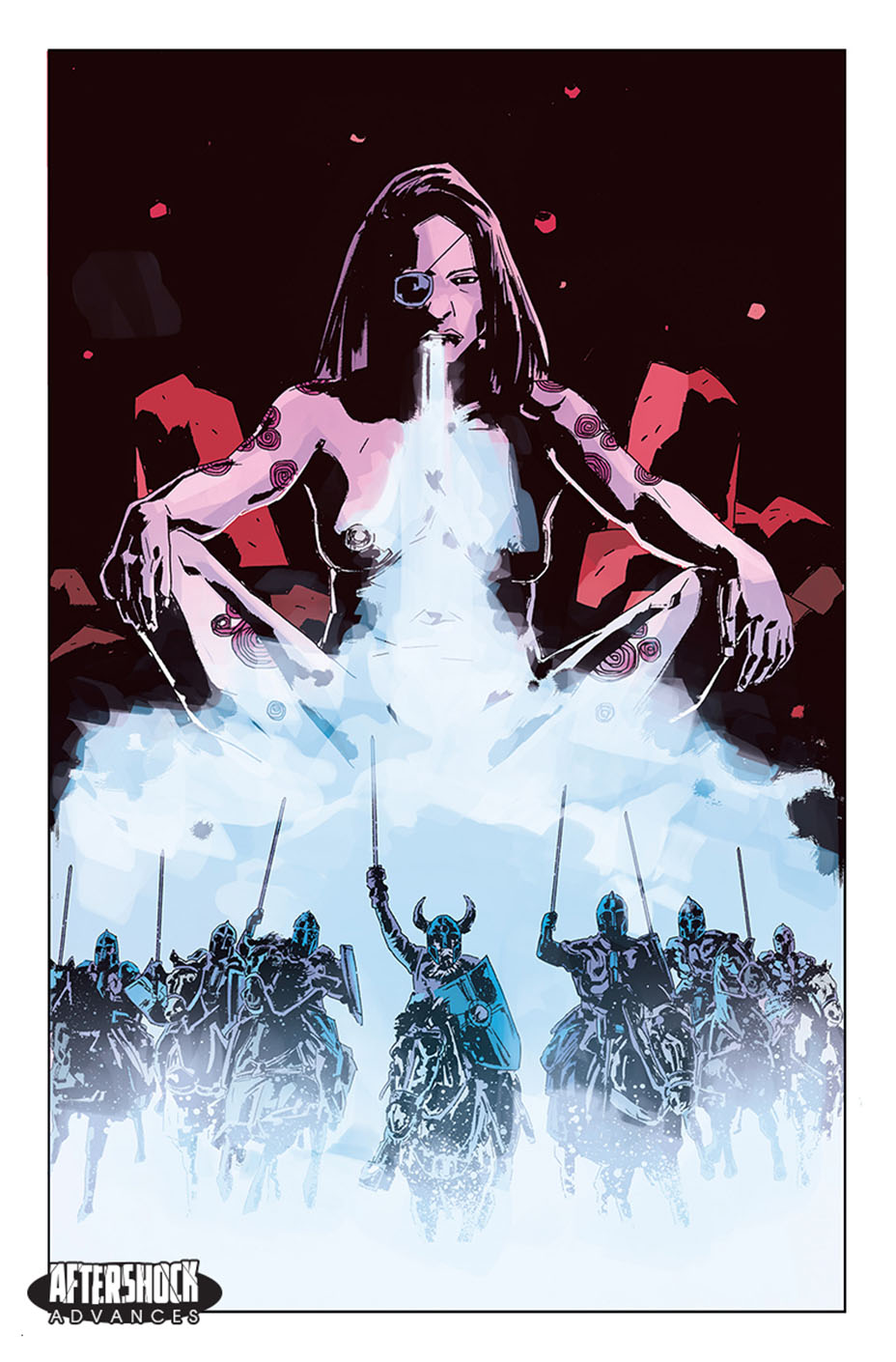 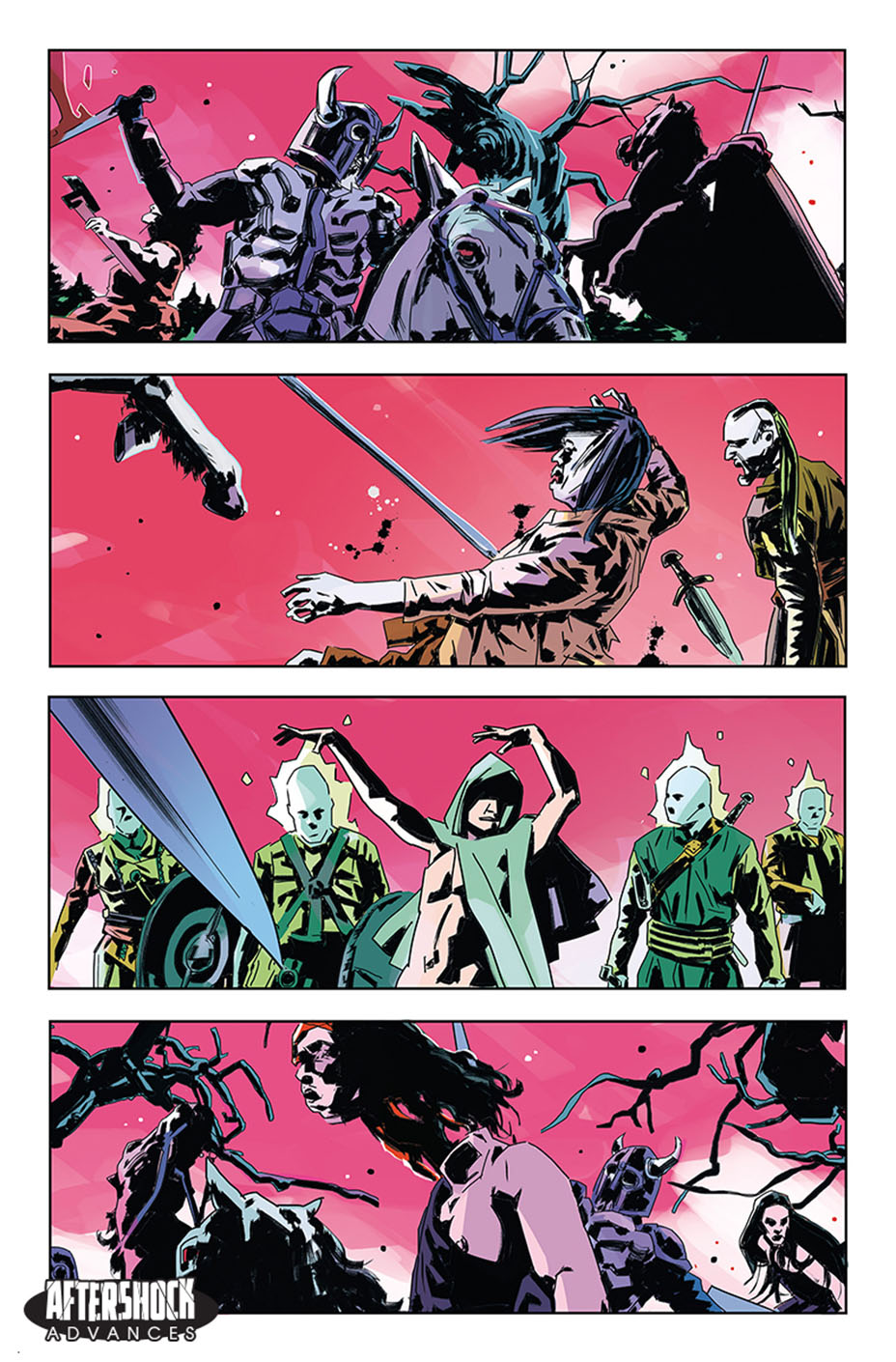