Four words describe Clint Eastwood’s directing style per Clifton Collins Jr., one of the stars of the 88-year-old’s new Warner Bros. film The Mule. If it sounds easy, that’s precisely the point. Eastwood doesn’t yell “Action!” nor does he scream “Cut!” He prefers simple, quick and quiet. This, again, is according to those who share the screen with the legendary Oscar winner who produced, directed and stars in the film about a 90-year-old horticulturist and World War II veteran who is caught smuggling loads of cocaine through Michigan on behalf of a Mexican drug cartel.

Mary Alice, Actress in 'Fences,' 'Sparkle' and 'The Matrix Revolutions,' Dies at 85

“There’s no distinction between life or on-and-off camera with Clint,” explained Andy Garcia, a golfing buddy of Eastwood from the links up north in California. (The two have crossed paths at the AT&T Pebble Beach National Pro-Am, for which Eastwood has long held a leadership position.) “It’s very sublime, very organic, very calm — very much like his persona. He likes instinctual simplicity.”

Just as Garcia finished that sentence, Eastwood was within a stone’s throw on the black carpet in front of Westwood’s Regency Village Theatre ahead of Monday night’s world premiere of The Mule, which opens Friday. It has been 10 years since Eastwood has taken a starring role in a film he also directed — 2008’s Gran Torino — and he arrived ready to talk about and support his latest effort, even if the answers were delivered like he directs — simply, easily, with no fuss. Still, the Hollywood legend stopped for every media outlet and posed for pictures with an entourage of Eastwoods. Joining the filmmaker were his daughter, Alison, 46, (who stars opposite her father in the film); sons Scott, 32, and Kyle, 50; granddaughter Graylen Eastwood, 24; Eastwood’s first wife, Maggie Johnson, 87; and his current girlfriend, Christina Sandera, 55.

“I just got the script and started working on it and researching the guy and kind of thought, well, this is different for me,” Eastwood told The Hollywood Reporter, referring to the real-life man who inspired Sam Dolnick’s New York Times Magazine article, which inspired Nick Schenk’s script. “I never have any real reason for doing anything. You do things based on the challenge and because it’s a different story.”

Sometimes he does things just because it’s funny.

Argentinian actor Ignacio Serrichio recalled a day during filming when he was sitting in a car waiting for cameras to roll — or to hear, “Okay … go” — when he saw the director pause the action and walk his way. “I’m thinking he’s going to give me a note, but he looks at me and says, ‘I can’t believe you lost to Croatia 3-0.’ I said, ‘That’s it?’ And he walked away. That mother f… I love the fact that he teased me like that.”

Not funny for Argentina, as its World Cup hopes were squashed during the summer on June 21, but Serrichio found his way back to the scene in a snap thanks to Eastwood and his crew. Here’s how he described what he learned working on an Eastwood picture: “Don’t worry about your ego. Don’t worry about the shot. Focus on the story and the characters. That’s all that matters. A lot of young directors want to focus on the shots while they’re ignoring the scene or the arc and later, they’re stuck. The movie may have amazing effects or whatever, but you forgot to tell the story.”

Collins said he never lost track of his own story during filming.

“I stayed home,” he said with a laugh. “Andy or somebody would want to go to dinner, and I felt like an asshole not hanging out with my cast because that’s part of the fun, but I didn’t want to disappoint [Clint].”

It would’ve been tough to recover from letting Eastwood down because Collins has close ties to his clan. His grandfather, Pedro Gonzalez Gonzalez, was a notable star of Hollywood Westerns, having served as a contract player for John Wayne films. “I got to know Clint through the family, so there were all these external pressures that had nothing to do with the actual movie,” explained the actor, who says he plays “an El Chapo-type” character. “I knew how professional he was, how quickly he worked and how fast he moved. I wanted to bring my A-game. … It’s Dirty fucking Harry.”

Eastwood’s daughter, Alison, didn’t use any swear words in describing the experience of stepping back on to a Clint Eastwood set 21 years after the last time. “We’ve grown a lot,” said the actress, who had “retired” from performing about five years ago in favor of producing and directing and launching a pet rescue organization. “We’ve become a lot closer, and there’s something really beautiful about being able to work with him now as a middle-aged woman as opposed to a kid or young adult who is out partying and being silly. I’m a much different person, and so is he.”

Michael Peña called it a privilege to play the exact same kind of person — a DEA agent — in The Mule that he played on another recent job, Narcos: Mexico. “The offer came in and they told me it was to play a DEA agent. I was like, ‘I’ll do it,’ because it was working with Clint,” said the actor, who also teamed with Eastwood on Million Dollar Baby. “I have a small part in it, but I’m here in support of him. It’s inspiring to work with him and to watch him and Bradley [Cooper] come up with these shots that tell the story. I’m not a director, so I’m amazed by great directors. When you read a script, you think you know how it’s going to be shot but they come in and do it in a different way that is more simple and more powerful and…just better.”

Peña joked that he “fan’d” out and took a couple pictures of Eastwood and Cooper, with his fan frenzy hitting overdrive after Cooper showed them an early cut of A Star Is Born in Atlanta where they were filming The Mule. “I loved the movie,” he said. “You listen to someone’s opinions a little bit more after you see that they directed A Star Is Born.”

Eastwood almost directed his own version of the tragic tale, and even had conversations with Cooper about starring, but Cooper felt he wasn’t ready at the time. By now, everybody knows how that turned out, but the one lingering question that remains is this: At 88 years old, how many films does Eastwood have left in him? The part when he will direct himself with, “Okay … stop.”

“You never know when you’re going to give up,” he said, simply. “But I’m enjoying it.” 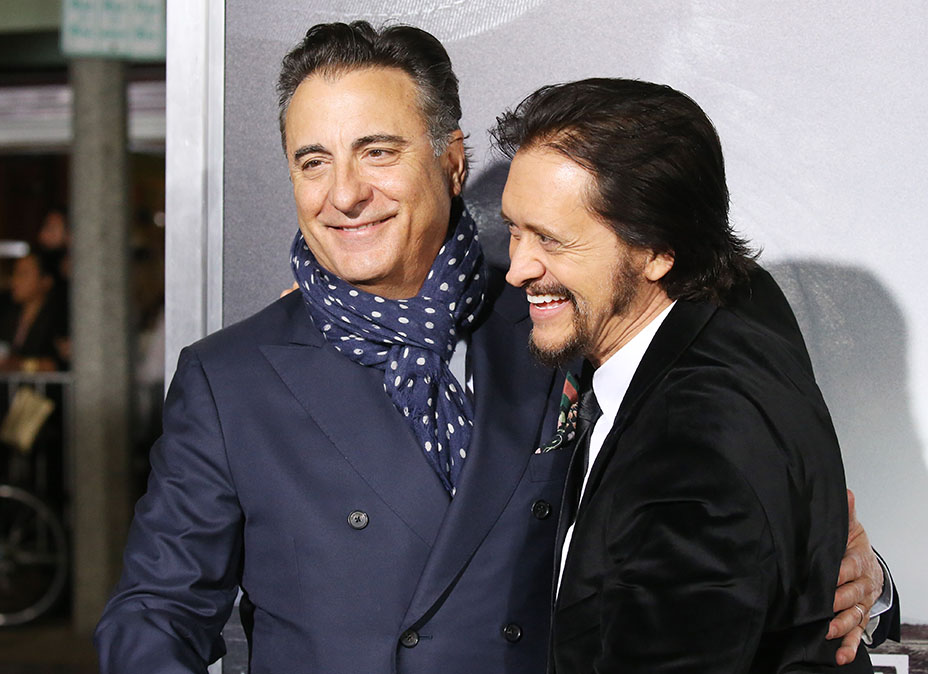 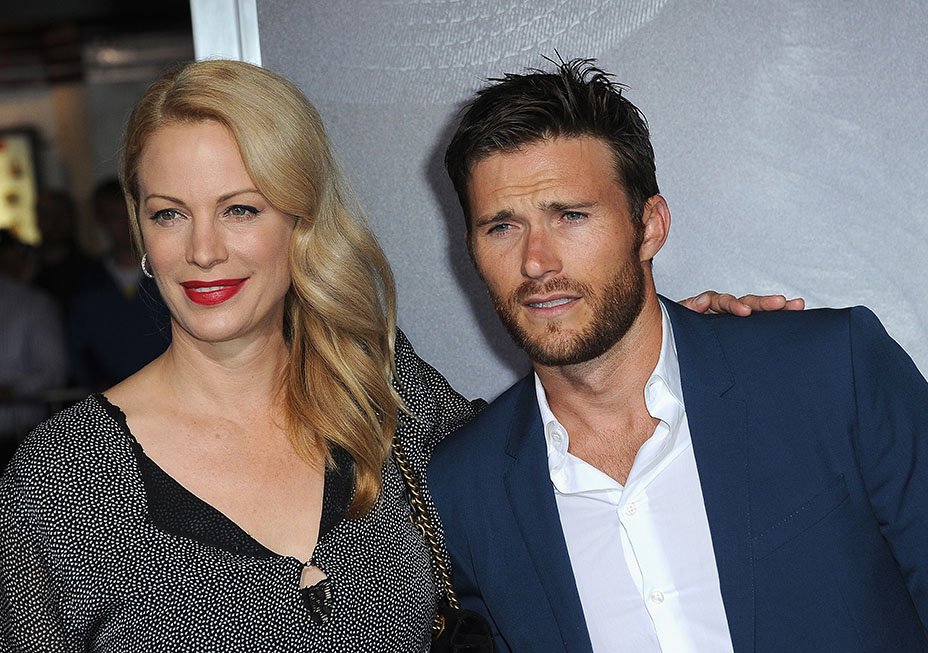 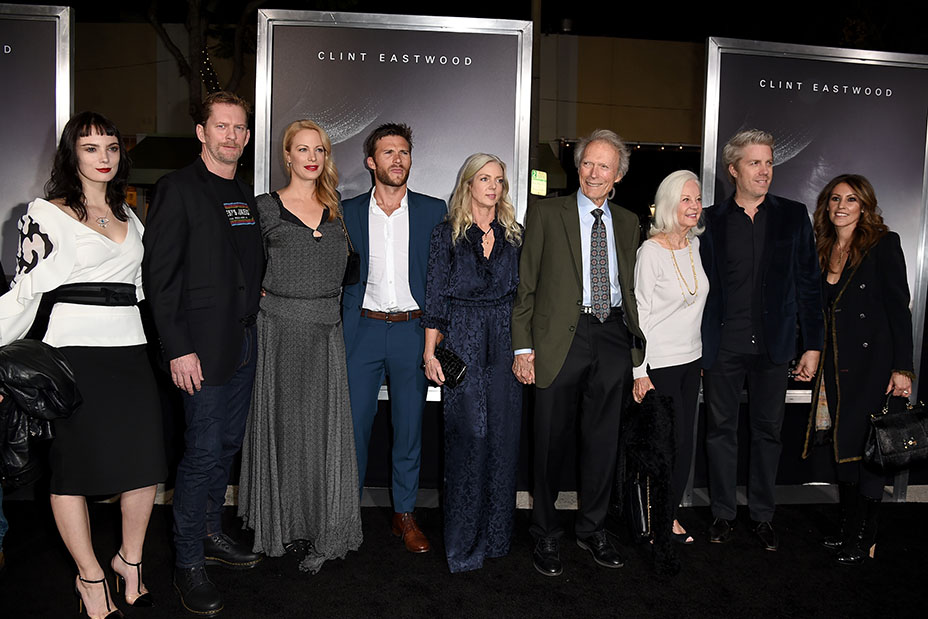 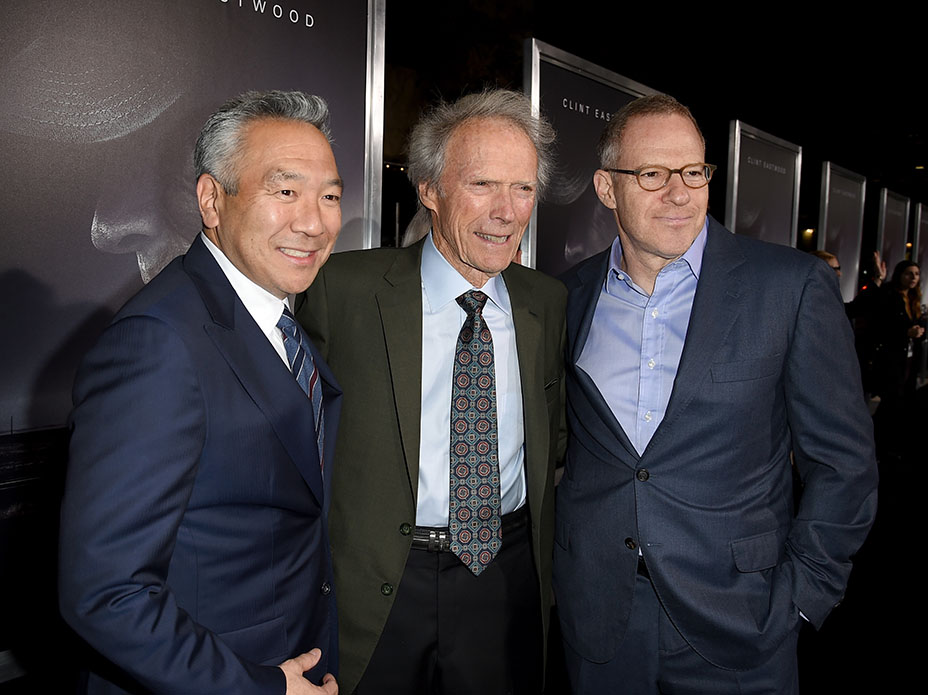