Thousands of students across the globe have come waddling back to the chilly world of Club Penguin — Disney’s massively multiplayer online game that first launched in 2005 — in a time of coronavirus social distancing and self-quarantines.

“For most of the kids that are coming back, Club Penguin was where they found their friends,” Lance Priebe, one of the co-founders of the original Club Penguin, tells The Hollywood Reporter. “There’s a strong connection there, when you have your friendships, your community, your circle. It’s important to reconnect with it, especially with that change of life right now.”

Club Penguin: Rewritten and Club Penguin Online, private gaming servers inspired by the Disney chat game, have seen an influx of new high school and college-aged users returning to the virtual, icy tundra nearly a decade after playing the original (and three years after the original game was discontinued). With Club Penguin, these students, who have witnessed the coronavirus disrupt both their academic and social lives, can grab a slice of pizza with friends, hit the town and keep connected without staying 6 feet apart.

“People are looking for friendship and at least someone to talk to in these uncertain times of the outbreak,“ said Adam R., a Club Penguin Online moderator.

Some users spend their time playing the original kid-focused mini games, but others have used the platform to make up for the lack of real-life social interaction. Upon logging into Club Penguin, one can see vibrantly colored penguins, some donning feather boas and wigs, endorsing political figures like Bernie Sanders and shouting their college names — including UCLA, UCSD, Stanford University and Belmont University — to meet up with fellow classmates. 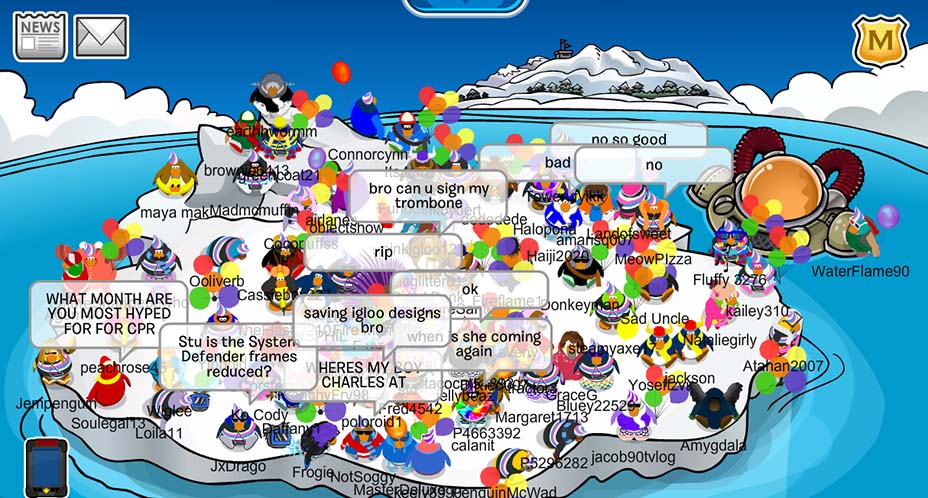 Penguins have also advertised group therapy sessions, where friends and other users visit their luxuriously decorated igloos for heart-to-heart conversations. In one session, players discussed topics ranging from breakups, bullying and weight insecurities while their avatars sat in a circle of beanbags as mellow jazz music played on a loop.

Patricia Panganiban, a student at the University of Toronto, returned to the online game last week and noted that open conversation with other users allows her to remember her time on Club Penguin growing up.

“[Club Penguin] is just something that reminded us of our past and a much more peaceful time, especially with everything going on,” she says. “It’s one of the big reasons people are going online, just to have innocent, childish fun while so much chaotic stuff is happening.”

While some players have assumed penguin personas for nostalgia’s sake, Kiara C., a high school student in Oakland, California, notes that the drive for rejoining Club Penguin “isn’t the boredom, but the loneliness” of self-quarantine. Kiara, who has met up with classmates on the online platform, says that playing the game during the pandemic granted her a newfound appreciation for her real-life community.

“The structure for school in general is something I have a deeper appreciation for,” she says. “I miss getting real lessons from teachers.” 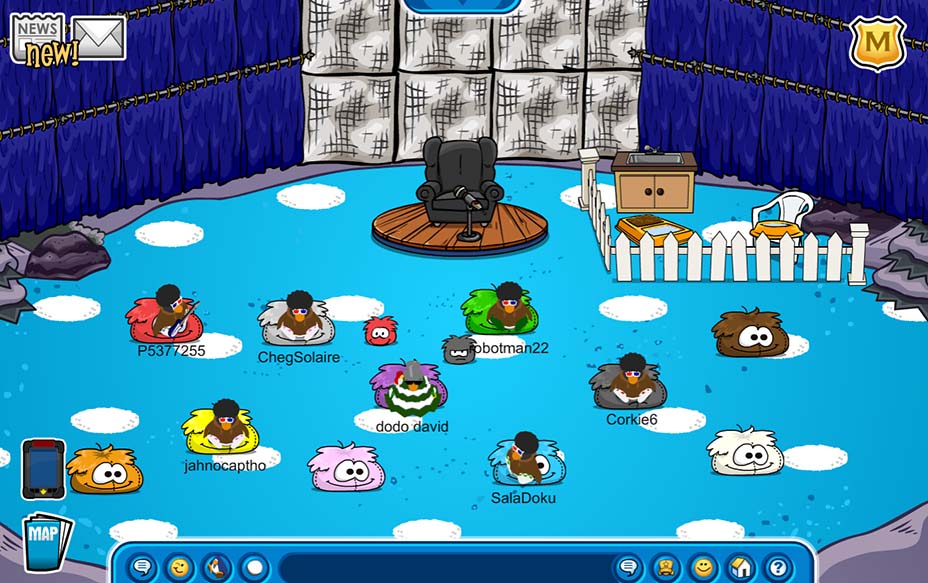 With schools and universities having shifted online, multiple users have also improvised their own academic celebrations, holding school proms, graduation ceremonies and other social events through the online servers.

Iris Merlet-Caron, a high school student in Quebec, says that she plans to celebrate her upcoming birthday on Club Penguin with her friends, since they’re cautious about gathering in real life. Like other students, Merlet-Caron says spending time on Club Penguin during the time of the coronavirus comes with some takeaways.

“I hope to look at life from a different perspective. For example, you realize how much of your existence impacts others and how fragile we are,” she says.

Priebe, who created Club Penguin alongside Lane Merrifield and Dave Krysko, says that reboot servers have allowed users worldwide to revisit the comfort and simplicity of their upbringing in this time of anxiety and uncertainty.

Filling users’ childhoods with imagination, exploration, creativity and adventure was one of the main goals for Club Penguin when it originally launched in 2005, says Priebe. He notes that students returning to the online platform in the middle of the coronavirus outbreak speaks to their connection with Club Penguin, adding “it was never a game.”

“It was a world or community with games in it. A game gets finished. A community is something you get back to,” he says. “All those memories are still attached to Club Penguin. It’s not going to go away, you’re just going to get older.”