In the three years since Stuart Vevers assumed the role of executive creative director at Coach, he has transformed the leather goods company, once synonymous with logo-blanketed handbag, into a luxury-focused, contemporary and edgy American fashion house complete with ready-to-wear collections.

“Coach has an amazing story, but sometimes you have to look forward and do something new,” Vevers, 42, tells Pret-a-Reporter of revamping the 75 year-old brand. 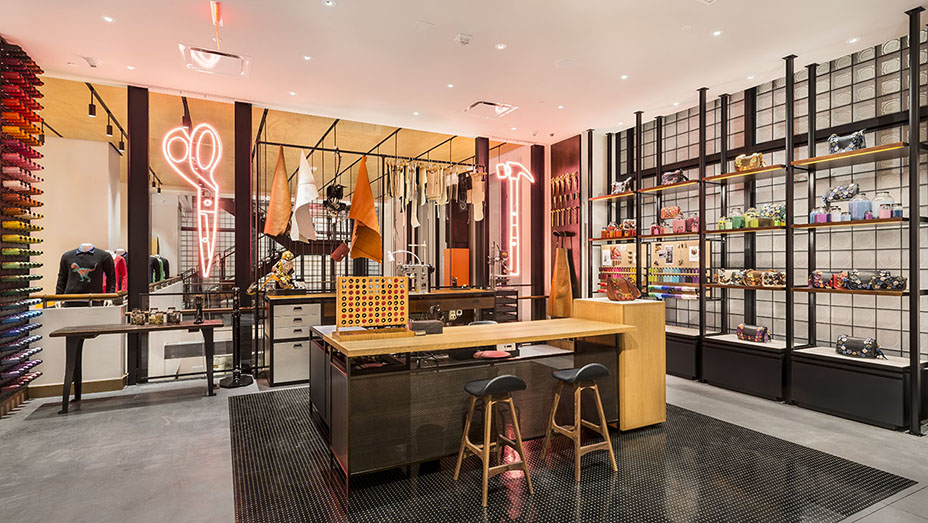 To step into Coach House, the company’s new global flagship, is to physically experience the breadth of just how much the designer has accomplished during his tenure. The three-story space on Fifth Avenue that opens Friday, isn’t just impressive — it’s fun.

At the entrance, a mechanized conveyor belt features a rotating selection of skirts, coats and handbags. There are reworked vintage handbags and leather goods available in every hue, and the on-site monogramming station goes way beyond basic initials, allowing customers to stamp purchases with kitschy emojis (think donuts and sharks). 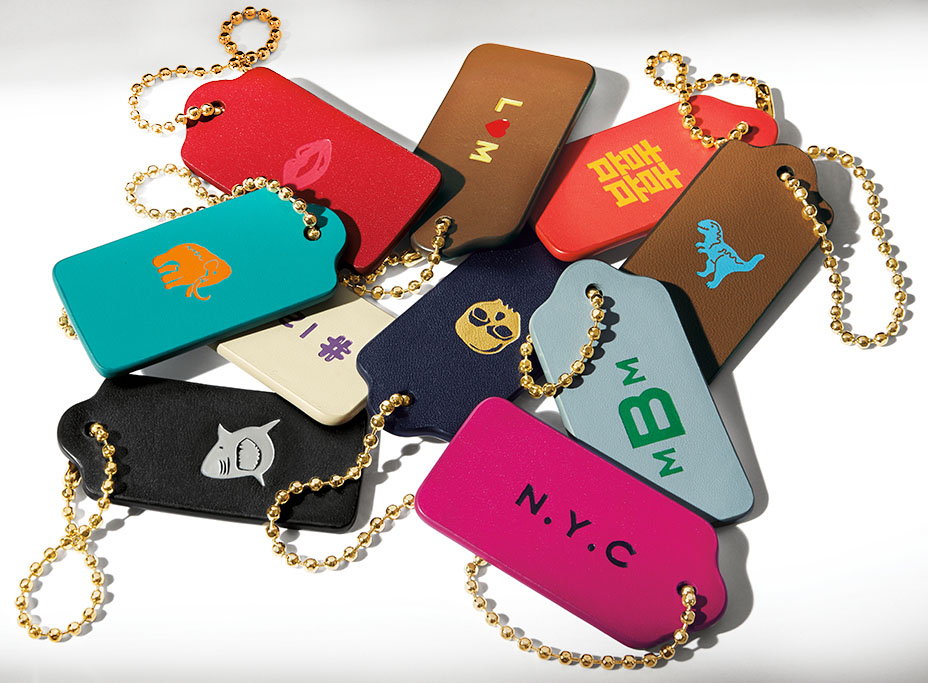 Various critters made from leather scraps are scattered throughout the store. Most noticeable is the 12-foot Billie Achilleos-designed sculpture of Rexy — the giant dinosaur that has become a brand mascot — made from over 400 pieces of Coach leatherwear. Hot pink neon signage marks the second-floor craftsman station — and just beyond that you’ll find a Kurt Steger-designed sculpture that traces the surface of rock formations in Central Park.

Though all of these details could easily veer toward overwhelming, the store’s 20,000 square feet make them digestible.

“I was definitely motivated by the idea of discovery,” British transplant Vevers says of his approach to the store’s layout. “I’ve always said the Coach girl and the Coach guy are individuals, rebellious and fun — and I wanted to create spaces within this space, deliberate ways to make those things come across.” 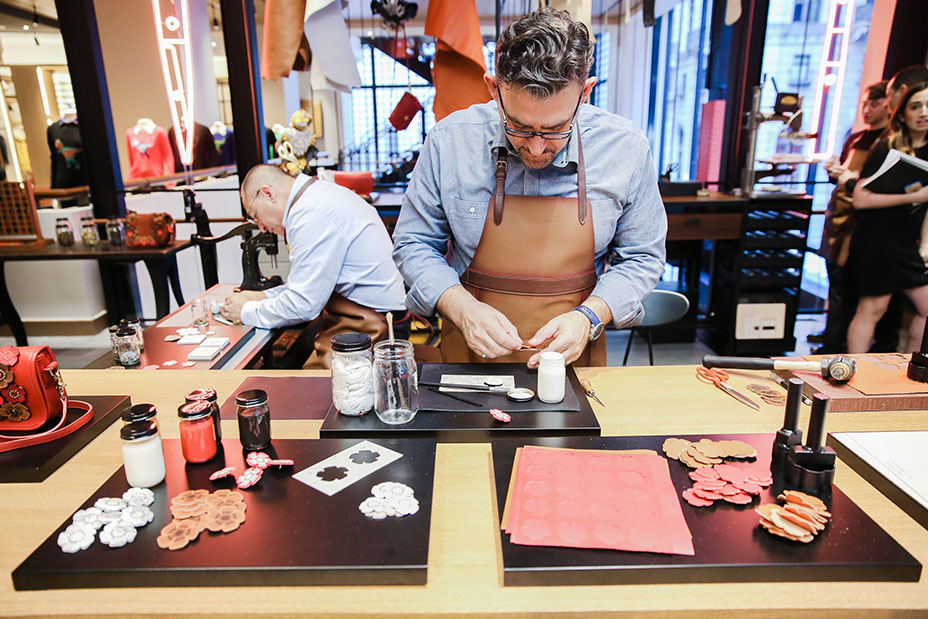 In working with architect William Sofield, who has also designed retail spaces for Tom Ford and Bottega Veneta, Vevers was able to temper the eccentricities with classic New York elements. “A lot of the girders are just the building’s framework. We wanted to be quite honest with construction since that’s how I’ve always thought of the brand,” he says. “A lot of my references for materials and construction took a different approach to luxury. A less precious approach.”

A focus on the heritage of Coach, which began in 1941 in a Manhattan loft with six artisans, can be felt most literally on the store’s second floor, where craftsmen who have worked at the company’s headquarters for nearly three decades will now operate in front of the public. “It’s a little different than what I’m used to,” one of them said while hand-staining the edges of a leather flower. “But it’s a nice change.” 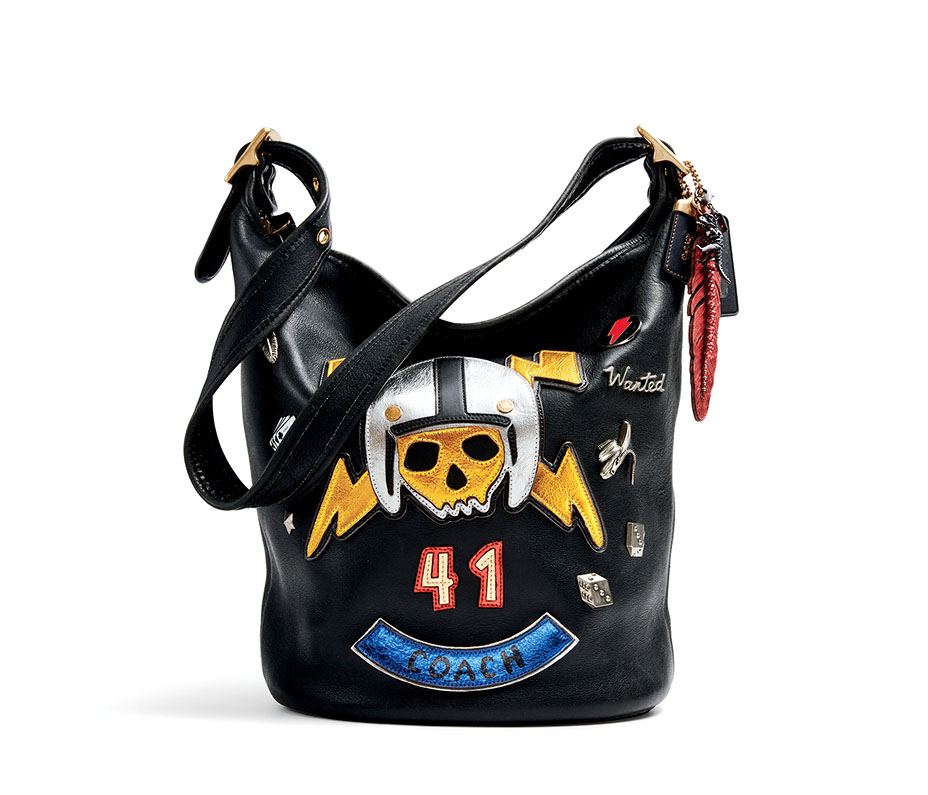