One year ago, Coach creative director Stuart Vevers picked Elvis Presley as the apropos icon of his punk-themed spring collection. A few months later, the brand released a capsule starring the country’s most endearing pop-culture couple, Mickey and Minnie Mouse. And this season, the British designer once again mined the vast archives of America’s pop past, landing on the artist Keith Haring for the message of his spring 2018 collection presented Tuesday.

“Art is for everybody,” read a quote from the late artist and social activist, printed in the show notes. The statement seems especially poignant at a time when inclusion is on the brain not just of the fashion industry, but of the country.

The gritty New York landscape that Haring inhabited for much of the ‘80s was re-created as the show’s runway, complete with fire escapes, a muscle car and plenty of stoops, all covered in shimmering black glitter that sparkled like wet asphalt under hazy street lights. Whereas past runways featured literal tumbleweeds to cultivate the idea of Everytown USA, this season was unmistakably New York. Ironically, much of the front row flew in from Hollywood, including Coach ambassador Selena Gomez and her Spring Breakers co-star James Franco, as well as Emma Roberts, Sabrina Carpenter, Charli XCX and blogger Chiara Ferragni.

With the help of The Keith Haring Foundation, to which the show was dedicated, Vevers decorated American staples — crewneck sweaters, varsity and bomber jackets, calf-length prairie and slip dresses — with Haring’s beasts, dancing figures, glowing hearts and other cartoon-like elements prominent in his murals. These images essentially took the place of the past icons and “Rexy the T-Rex,” who decorated these same pieces over the last few seasons. In terms of silhouettes, and staples, not much was changed. 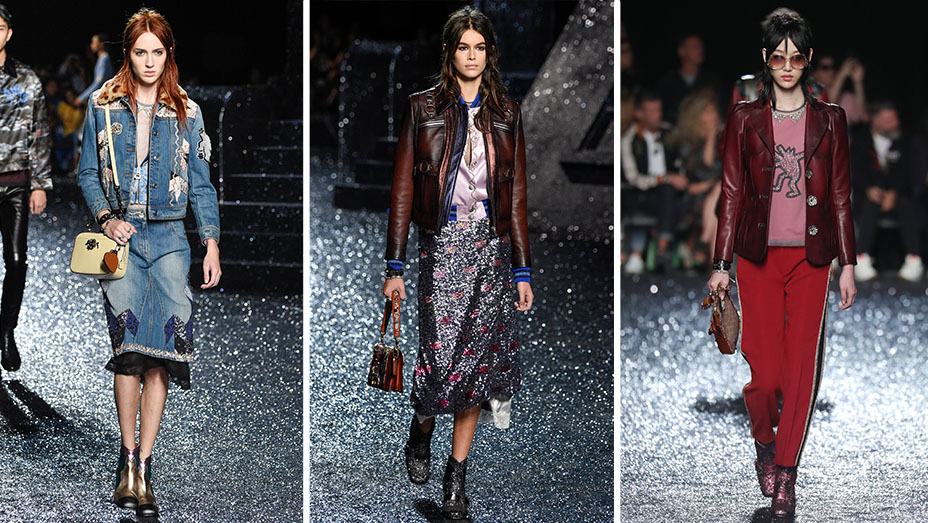 Of course, the brand built on a solid foundation of leather accessories once again delivered on the handbag front, embellishing classic Coach shapes — including Bonnie Cashin’s 1972 Mailbox bag, reissued for 2017 — with Haring’s motifs, embroidered patterns and patches, as well as charms and other accoutrements that added color and movement to the swingy accessories.

Though New York was cast as a primary player, with the New York Dolls, Lou Reed and William S. Burroughs listed as inspiration, other elements of Americana — including Hawaiian flowers and quilting squares — peeked through, adding to the theme of “unexpected juxtapositions” that celebrate “American dreamers and their endless spirit of possibility.” In a time of political turmoil, the choice to celebrate Haring (whose art has been co-opted by everyone from Uniqlo to Urban Outfitters over the past few years) takes on new meaning, as the artist himself was hero of the gay rights movement and an icon of inclusivity and peace. 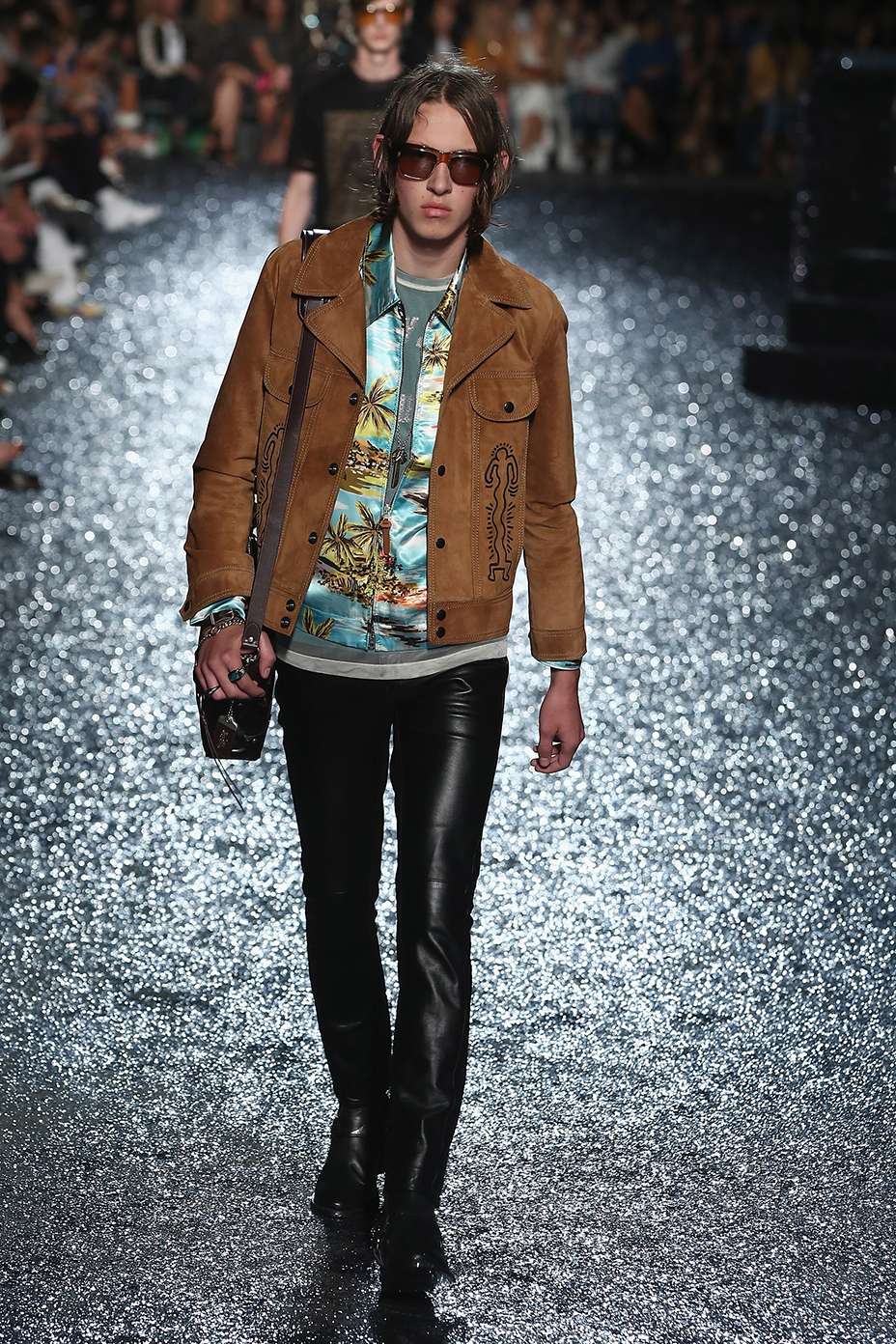 Under the watch of CEO Victor Luis, who was seated next to Franco during the presentation, Coach has steadily been growing its empire into an American powerhouse. Most recently, the brand acquired Kate Spade, another classic heritage brand which showed its NoLa-inspired collection Friday. 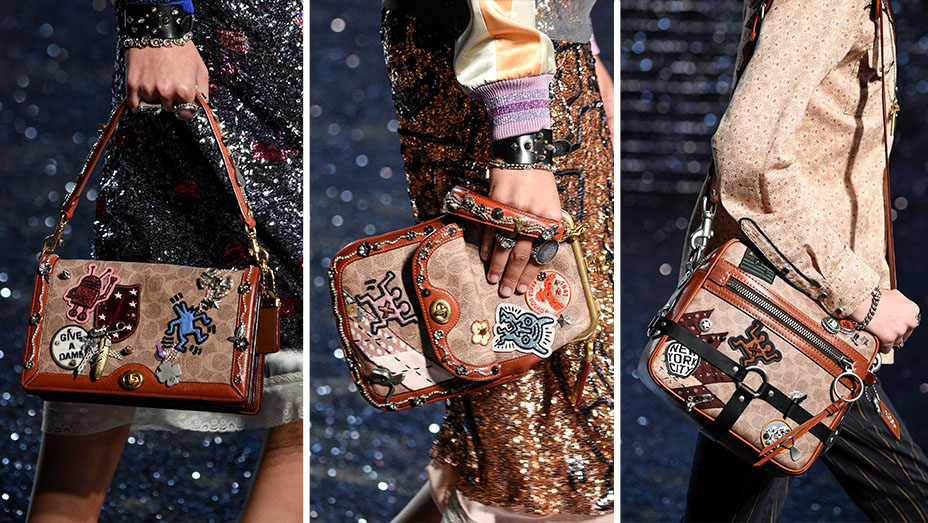