Comedy lovers, not to mention fans of Emma Thompson and Mindy Kaling, took succor in early June from the promising limited opening of Late Night. The picture, which Amazon Studios acquired at Sundance for a reported $13 million, debuted the weekend of June 7 to a per-screen average of $62,414, second only this year to Marvel’s Avengers: Endgame.

A week later, the picture fizzled when it went wide, earning $5.1 million, or $2,314 per screen (a third of Men in Black: International‘s per screen take, itself a disappointment), thereby proving itself the latest in a string of comedy casualties at the box office.

“The hope that Crazy Rich Asians would single-handedly revive comedy has been dashed, with none able to gross over $100 million domestically, other than the January release The Upside,” notes Paul Dergarabedian, senior analyst at Comscore. (Romantic comedy Asians, released in August, made $239 million worldwide.) “Since the beginning of the summer, none of the wide-release comedies have reached the $35 million mark, and even the well-reviewed ones have struggled.”

Long Shot and Poms tanked. (Even The Hustle, while profitable in relation to its budget, topped out at $78 million worldwide.)

A veteran comedians’ manager blames lack of quality. “The Hustle was shitty,” he says. “And with Long Shot, I was thinking: ‘This is just Knocked Up, only instead of Katherine Heigl at 28, it’s Charlize Theron at 43 with the same knucklehead loser [Rogen].’ “ 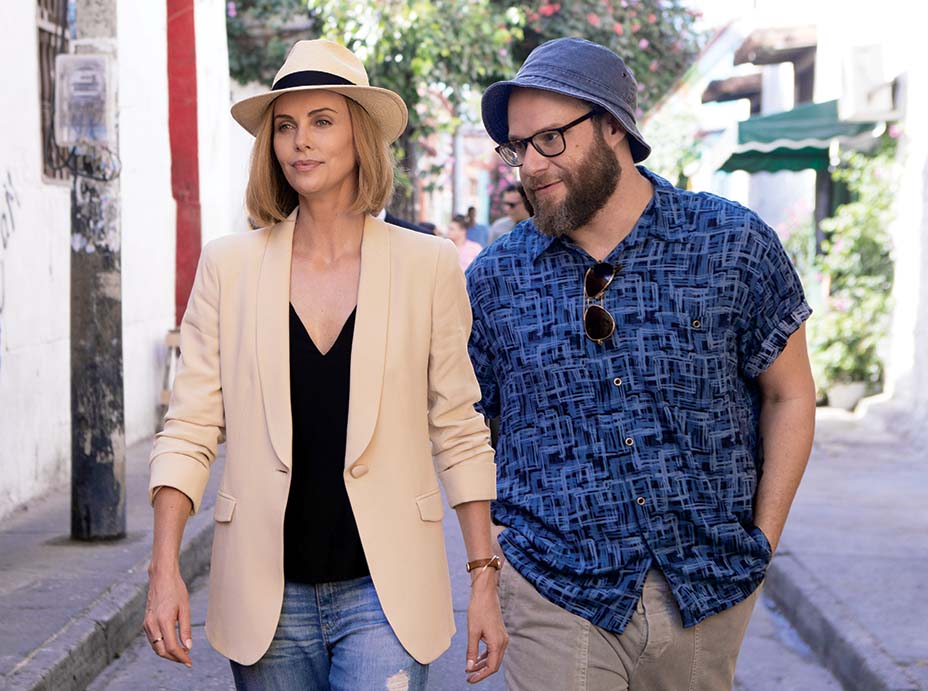 But the critically acclaimed coming-of-age comedy Booksmart (from United Artists and Annapurna) also disappointed, opening May 24 to a tepid $6.9 million despite a 97 percent positive rating on Rotten Tomatoes. It has earned a total of $19.7 million since then. A Twitter-nado of explanations ensued: It was UA’s mistake for launching the movie at the same time as Disney’s Aladdin; it was an error to go wide too early; it was the lack of star names; it was “the failure of white feminism.”

Whatever the cause, the film joined a cascading list of comedies that have disappointed at the box office over the past few years, leading to a new calculus in the film industry: Figuring out which movie justifies a theatrical release and which should be relegated to streaming.

Comedy and romantic comedy ticket sales as a whole have been on a steady slide for the past decade. “Ten years ago, comedy was king at the movie theater, and now comedy is having a terrible time getting traction,” says Dergarabedian.

It’s been a decade since any comedy launched a blockbuster franchise. The last to do so, 2009’s The Hangover, spawned two sequels, with Hangover III proving just how badly the series had lost steam when it came out in 2013 and made half its predecessor’s earnings.

So why the decline?

One factor is Netflix, argues writer-producer Ed Decter (There’s Something About Mary). The streamer has signed big names, including Adam Sandler, whom it booked in 2014 for a four-film deal reportedly worth $30 million to $40 million, adding four titles in 2017. His first effort for Netflix, 2015’s The Ridiculous 6, got zero percent on Rotten Tomatoes, and 2016’s The Do-Over hardly fared better, with 5 percent. Still, viewers spent more than 500 million hours watching his movies, according to Netflix (whose numbers are not verified by Nielsen).

The streamer is delivering a steady diet of comedies — specials, classic series and even Eddie Murphy’s comeback Dolemite Is My Name, out this fall — that have trained its audience to think small screen instead of big when looking for laughs. It has also joined other streamers in making the sort of highbrow or cutting-edge comedy that was formerly the domain of indie film (think Netflix’s series Russian Doll or Amazon’s Marvelous Mrs. Maisel). “That’s filling the hole,” says Decter.

But Netflix has also been helped by the majors’ retreat. The studios have backed away from comedies, just as they have mid-budget dramas, perceiving both as far harder to sell than tentpoles. And Disney’s dominance in theaters has made it harder for even high-profile comedies to find a franchise-free opening weekend. “[Companies like] Disney would rather spend $100 million to [market] a $200 million-plus film like Avengers and make $2 billion-plus,” says Decter — as opposed to making a lower-budget film with limited upside.

That has affected talent. “I think one of the issues is, there are a lot more opportunities for comedy writers in television, so many of the best writers who might have written feature screenplays in the past are just staffing or creating television series,” says writer-producer Judd Apatow (Trainwreck). “The same is true for comedic acting talent. Many would rather develop a show they can do for many years than develop one screenplay, which might take three years to get right.”

But it’s not always the talent’s choice. Even a comedy superstar like Will Ferrell has had trouble getting movies made. “It’s becoming a little finicky,” he told the podcast Armchair Expert in early June. “I’ve recently come across things where I thought, ‘Boy, what a great idea,’ and went around town and everyone just went, ‘Nope.’ “

Another factor in comedy’s decline is the industry’s ever-increasing orientation toward the foreign market. Even the biggest comedies of the past few years have failed to match their domestic box office overseas. The Upside earned $108 million here, but only $14 million internationally (dwarfed by The Intouchables, the French-language picture on which it was based, which made almost a half-billion dollars worldwide). Compare other recent releases’ domestic and foreign hauls: Ghostbusters ($128 million versus $101 million) and Girls Trip ($115 million versus $25 million).

As studios put fewer resources into big-screen comedies, stars of the genre aren’t burning as brightly at the box office as their predecessors did. Kevin Hart is the only major comedy star who’s broken through in the past five years to deliver a solid string of hits; other breakouts (Melissa McCarthy in 2011’s Bridesmaids and Tiffany Haddish in 2017’s Girls Trip) have fared inconsistently.

New comedy directors have been equally hard to find — part of a vicious cycle as less money means fewer chances for newcomers.

As to new multihyphenates — those who write, direct and appear onscreen — they’re few and far between in the movies. “New comic voices in features that can sustain careers are slim to none,” says producer Matt Baer (Jack Frost, Unbroken). “There’s no such thing anymore as a triple-threat comedy filmmaker,” a writer-director-star akin to a Tina Fey or Tyler Perry.

Does this mean that big-screen comedy is essentially over? While most insiders are largely pessimistic, many point to openings for films targeting women and people of color. The Upside was fueled by African Americans and Hispanics, who made up 41 percent of the opening-weekend audience for the Kevin Hart/Bryan Cranston movie. The same demographic has given Perry hits with his Madea series, the latest of which, A Madea Family Funeral, opened in March to $27 million. Paramount’s February release, What Men Want, with Taraji P. Henson and Tracy Morgan, also did well, bringing in $54.6 million domestically. Women — for so many years ignored by the studios, which believed that men determined a couple’s movie-viewing habits — remain underserved, but failed to prove their ticket-buying muscle with Late Night.

All this comes in stark contrast to the comedy scene two decades ago, when a reconstituted Disney under Michael Eisner and Jeffrey Katzenberg served up a regular slew of comedies that may have been singles or doubles but rarely lost money. Few people consider those pictures (Honey, I Shrunk the Kids; The Parent Trap) classics, but they helped launch Disney on its path to becoming Hollywood’s biggest studio.

Today, such pictures have all but vanished from theaters. With only 8.4 percent of last year’s record-breaking $11.9 billion domestic box office haul coming from American comedies, they’re now a blip on the majors’ radar.

Cannes: Why Buyers Have a Renewed Interest in Romantic Comedies