Continue to The Hollywood Reporter SKIP AD
You will be redirected back to your article in seconds
Skip to main content
July 17, 2018 6:00am
Logo text

Paul Levitz is having quite the year.

The veteran comic book creator and executive served as DC Comics president between 2002 and 2009, capping off a 35-year stint with the company. He has has been nominated for a place on the Will Eisner Hall of Fame, but he’s hardly resting on his laurels; this week also sees the release of Brooklyn Blood, a collected edition of his horror crime serial from anthology series Dark Horse Presents.

Heat Vision talked to Levitz about the origin of the new project, and also where he sees the comic book industry from his particular vantage point.

I want to start with Brooklyn Blood. You’re a writer who’s worked in multiple genres through your career, and one who’s demonstrated a consistent desire to push yourself — your Doctor Fate run just a few years ago is evidence of that, in terms of cultural influence as much as anything. But even with all of that, Brooklyn Blood feels like a departure. Where did you come up with, “Oh, Lovecraftian horror noir, that’s a good idea”?

DC TV Watch: A Deep Dive Into All Those Comic-Con Reveals

Brooklyn Blood really started as a more straightforward police procedural, a genre I’ve loved forever. But stories take you where they will… Doctor Fate started with thinking about the original character’s connection to Egypt, and before I knew it, Anubis was ready to drown the world in a second great flood. Once I focused on Brooklyn as a setting — taking advantage of my old hometown now being cool — the geographic coincidence of three very different mass deaths in a single-mile stretch led me to look for the common cause, and it turned out to be Lovecraftian.

How did you hook up with Tim Hamilton? His work brings so much to the story.

My pal Christine Norrie, an Eisner-nominated artist herself, recommended Tim, and his work on [the graphic novel adaptation of] Fahrenheit 451 clinched it. Brooklyn Blood required someone comfortable with smooth shifts from gritty reality to horror that’s either in detective O’Connor’s imagination or reality, and Tim did that straddle magnificently. He’s also a Brooklyn resident, so getting the ambiance and the settings worked out especially well.

How was the experience of writing short chapters for an anthology? Books like Dark Horse Presents remain an oddity in the American industry, sadly, but you were writing shorts for classic anthologies Ghosts and House of Mystery way back when. How did you find returning to this kind of writing after years of thinking of story in terms of 20- to 22-page chunks?

Anthologies can be great, and I loved reading things like Dune when it was originally a serial in Analog. There’s a certain power to building stories within constraints, self-imposed or otherwise, and having to structure this one in eight-page chapters kept it moving at a pretty rapid pace. That said, I think mysteries are more fun to read in a single volume, and I think Brooklyn Blood comes together better that way.

Since stepping down as president and publisher of DC in 2009, you’ve done an impressive variety of work, both for DC and elsewhere, with non-fiction books for Taschen and Abrams. You’ve made a point of staying active in the field, not settling down or settling at all. Was this pent-up energy from being an executive for so long and wanting to explore different creative avenues?

There’s so many ways to have fun as a creative person with how comics are exploding as a cultural form, and I’m enjoying as many as I can. I do a lot of teaching, board work on not-for-profits and Boom! Studios [Levitz signed on to the publisher’s board of directors in 2014], consulting projects, and when I sit down to the keyboard, I like to either revisit my old friends or stretch myself. We worked hard to expand the possibilities for comics; why not take advantage of it?

Along those lines: The comic industry is a very different place today from when you started out — thanks to changes that you were involved with at DC — and there are many more possibilities for different types of creators and stories to be found by readers these days. As a scholar, fan and creator, where is your head at when it comes to the state of comics right now?

I think the creative medium of comics is in a second golden age, with more types of stories being created than we’ve ever had in America. The comics industry I came into was a small niche in American publishing — maybe 3 percent? — compared to the sales comics forms have elsewhere, often 14–35 percent of overall trade publishing, and I think we close this gap by diversifying the genres we publish. Children’s comics and memoirs are experiencing great growth; who knows what’s next? Comics can tell any kind of story.

You’re nominated for the Hall of Fame this year. Is that a moment that makes you pause and look back at your career to date? And if so, what do you see?

I’m incredibly honored to be nominated — on the same list as Thomas Nast — and proud of what I’ve accomplished in each stage of my career: As a comic fan doing [early fanzine] The Comic Reader, as an editor, writer and executive. I like to feel that I played a part in making comics a better field for creative people, and that’s why we’ve been able to start the graphic novel explosion and see comics’ stories move into other media so successfully. Besides, as a college dropout who’s getting to teach at schools like Columbia University, I’m getting a bit of the last laugh. Does it get better than that? 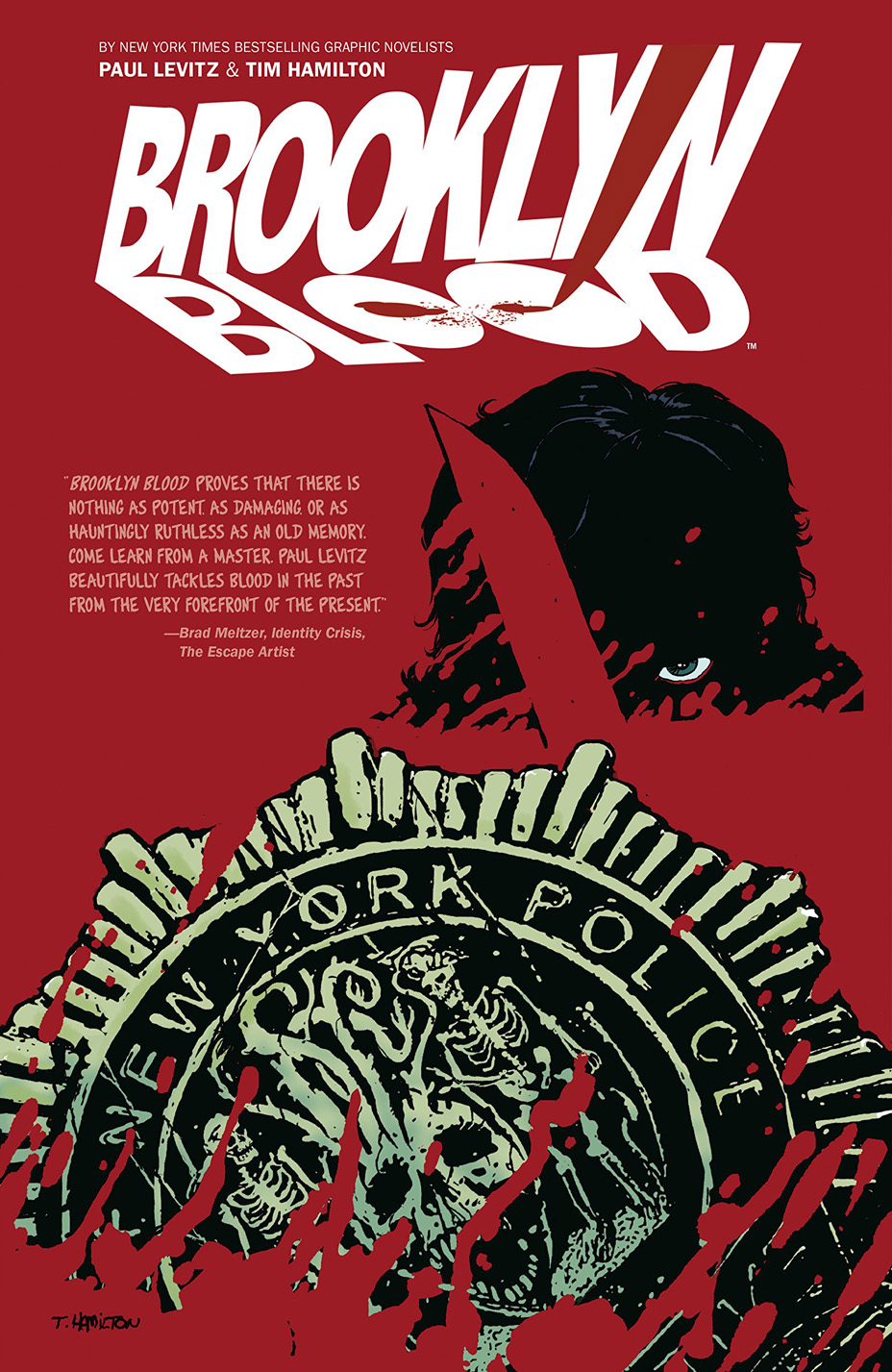 Brooklyn Blood is released July 18. This year’s Will Eisner Comic Industry Awards, where the inductees into the Hall of Fame will be announced, take place at the Hilton Bayfront San Diego on Friday, July 20.