Fans of The CW’s long-running Supernatural were greeted with a gift when they entered San Diego Comic-Con’s Hall H on Sunday: a replica of Sam and Dean Winchester’s signature ride throughout the 15-season series. The miniature 1967 Chevrolet Impala featured rubber tires, chrome accents and a metal chassis — tiny and true to scale.

One fan, however, went home with more than a handheld car — they scored a lucky ticket that won them a full-size replica of the car endearingly referred to as “Baby.” That’s the Impala that was considered part of the Winchester brother’s family and along for every demon-hunting adventure the sibling duo embarked on over the last decade and a half.

Supernatural stars Jensen Ackles, who plays Dean Winchester, and Jared Padalecki, who stars as younger brother Sam, announced the surprise giveaway and pulled the winning ticket after a tribute video played, narrated by the show’s own Jim Beaver, which detailed the Impala’s restoration and paid homage to the car’s central role on the show: “Our story is coming to a close, but the road never really ends.”

So, who went home with the lucky ride? Laura Dittrich of Grants Pass, Oregon, a super fan who had a tiny Groot figurine from Guardians of the Galaxy fastened to her shoulder. Upon winning, she thanked the panel for the new ride, which is said to be en route from Kansas, where it was being restored by Rick Blevins with Don and Michael Welsh for “The Shop.” 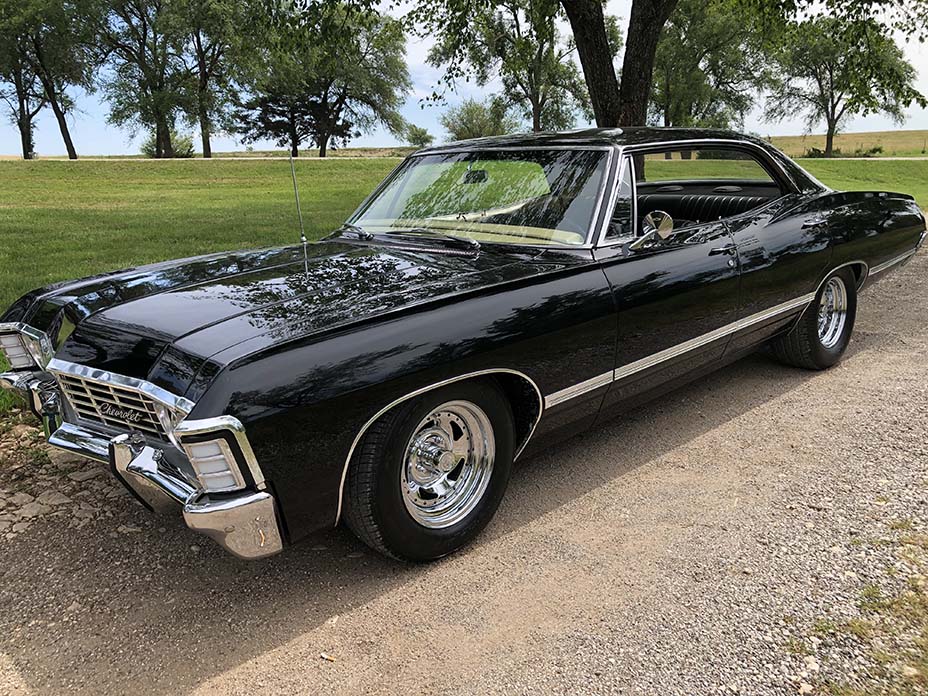