CNN Films’ packed birthday party in Sundance on Saturday night was, well, anything but common.

The reason the division’s fifth anniversary event — presented by CNN along with The Hollywood Reporter and the network’s Great Big Story — raised the bar from ordinary to epic can be traced directly to the unique talents of Common.

Catching Common for the late-night bash was a coup as he’s one of the highest-profile stars of Sundance this year. His unannounced performance came just hours after he appeared onstage at the Respect Rally in City Park, where he captivated the crowd with a speech that featured lyrics from his original track “The Day Women Took Over,” a song featuring BJ the Chicago Kid that appears on his Black America Again album. Common also came fresh from the world premiere of his latest big-screen outing in the Jennifer Fox-directed festival entry The Tale, starring Laura Dern.

He had music on the mind late Saturday night, though, offering up a string of hit tracks including “Come Close,” “The Light” and “GO!” Common came out backed by DJ Dummy playing Alicia Keys’ “You Don’t Know My Name” outfitted in a black T-shirt and navy pants (after stripping off a turtleneck). The veteran star immediately invited a female from the crowd onstage to join him. The young woman sat on a stool and danced while he performed for the lively audience.

It was his epic freestyle that turned heads as Common name-dropped everyone from Beyonce and Biggie Smalls to CNN Films and THR (see video below). He also managed to work in mentions of equal pay for women, sticking with his strong support for females. “Ladies, we recognize as men we ain’t going nowhere in the future if we don’t go with women in leadership, too,” said Common. “If we don’t go with women in places of power, we ain’t go nowhere.” 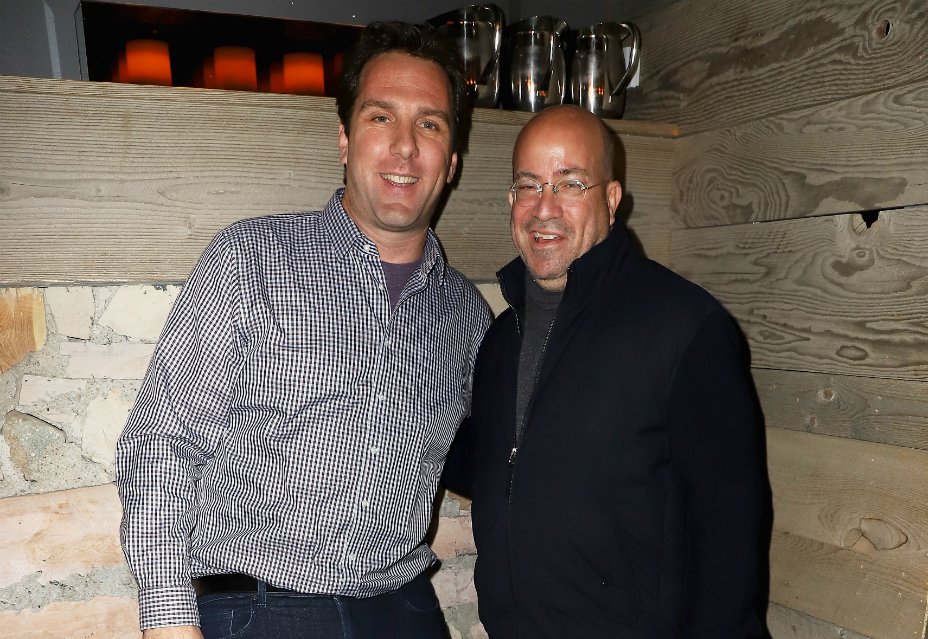 While the cause for celebration happened to be CNN Films’ milestone birthday, Zucker told THR that it could be the first of many. “When it began five years ago, we never could’ve imagined CNN Films would grow into such an important player in the industry, and five years in, it’s only just begun,” he said.

The invite-only event dropped onto the hectic Sundance events schedule at an appropriate time for CNN Films, as it was sandwiched between the premieres of two of the division’s film festival selections.

CNN Films co-produced RBG, a biographical documentary about iconic Supreme Court Justice Ruth Bader Ginsburg, as well as another biographic doc, Three Identical Strangers, which centers on identical triplets who first meet as young adults after being separated at birth. RBG was directed and produced by Betsy West and Julie Cohen and is a co-production of Storyville Films and CNN Films, while Three Identical Strangers was directed by Tim Wardle and produced by Becky Read as a co-production between U.K.’s Channel 4 and CNN Films. CNN will distribute the films domestically. Other rights for the docs are available for buyers at the fest.

Sticking with the “film” theme for CNN Films, the party also featured a concession-style candy station with movie theater favorites like Twizzlers, Whoppers, Junior Mints, Dots and Sugar Babies as well as mini buckets of popcorn in various flavors including caramel corn.

This party is gonna be tonight because it’s @thr X @CNNFilms celebrating 5 years of #CNNFilms. But I hear there’s going to be (major) surprise performance and, well, I have inside sources. And there’s a candy bar. #Sundance pic.twitter.com/Bp9eNoYkYy

More from @common with his Grammy nominated track “The Light” at @THR @CNNFilms party pic.twitter.com/WFWZmZ4CGV