Continue to The Hollywood Reporter SKIP AD
You will be redirected back to your article in seconds
Skip to main content
January 22, 2018 4:14pm

Connie Sawyer, who appeared alongside everyone from Sophie Tucker to Frank Sinatra to James Franco in a late-blooming career that saw her continue to work until recently, has died. She was 105.

Sawyer, who played Franco’s grandmother in Pineapple Express (2008) and was the little old lady who robs Jim Carrey in Dumb and Dumber (1994), died Sunday at the Motion Picture & Television Country House in Woodland Hills, a spokesperson for the retirement home told The Hollywood Reporter.

As she was approaching 50, Sawyer landed her first movie role as the drunk Miss Wexler in the Frank Capra comedy A Hole in the Head (1959), appearing opposite Sinatra and Edward G. Robinson. She had made a splash in the earlier Broadway production, and Sinatra insisted she be in the film as well.

The genial Sawyer also played the wife of one of the documentary couples interviewed in Rob Reiner’s When Harry Met Sally … (1989), but she wanted the hilarious role of the woman in the delicatessen who says, “I’ll have what she’s having” after Meg Ryan’s fake orgasm.

“I’m reading the script and I come to the place where the girl is in the restaurant and she’s having an orgasm,” she recalled. “I ran up to [Reiner] and said, ‘I want to do the show-stopping line!’ He said, ‘My mother did it.’”

Sawyer has about 140 acting credits listed on IMDb, virtually all of them small roles.

“I never really wanted to be a star. It’s a business with me. I like to keep workin’. Just keep me workin’ — and let me get the residuals,” she said.

She was born Rosie Cohen on Nov. 27, 1912 — Thanksgiving Day — in Pueblo, Colorado. Her father worked as a store clerk, and her mom was an aspiring actress.

“My mother loved showbiz,” Sawyer told The Jewish Journal in 2012. “She would enter me into those amateur contests like they have today — what do they call them, Idol? They think it’s new. It’s not new.”

At 19, she moved across the country with some friends to New York to perform her singing, dancing and comedy act in nightclubs and on vaudeville.

“I was like a poor man’s Fanny Brice,” she said in a 2014 interview. “And the William Morris said, ‘We’re going to get rid of that corny act. You’ve got talent. And you’ve got to change your name.’ So from Rosie Cohen, I became Connie Sawyer.”

She got a huge break when she was picked to open for the legendary entertainer Tucker at Grossinger’s in the Catskill Mountains of New York. The first night, however, did not go well.

“The audience didn’t like me; they didn’t laugh,” she recalled. “I was upset. I started to cry. … I ran offstage. Very unprofessional. And then Sophie Tucker came to my dressing room. I said, ‘I’m going home. I’m going to call Mama.’ And she said, ‘No, you’re not. We’re gonna help you. You’ve got talent, you’re pretty and cute.’ … Cut to the chase, we put an act together, it was fine and I auditioned for the Reuben Blue, an East Side supper club. I got the job and from there, I just sailed.”

Grossinger’s was the first and last time that Sawyer ever ran off the stage. “It’s the only time. No way. I went sailing! I played every nightclub in New York. I became a headliner,” she recalled. After several years touring clubs, she focused on becoming a character actress.

Sawyer made her Broadway debut opposite Morey Amsterdam in the 1948 comedy Hilarities, then pitched director Garson Kanin an idea she had for her character in A Hole in the Head.

“I went to [Kanin] and said, ‘I’ve got an idea. Could I put a shtick in? Get a little laugh so that I’ll stay in the show. … I could do this thing [where her character] comes in and then she goes out and comes back a little loaded,’” she told THR‘s Scott Feinberg in a 2013 interview. “And he says, ‘Well, we’ll rehearse it.’ And I said, ‘No, no. Don’t rehearse it. Try it with an audience. If it doesn’t get a laugh, forget it.’ So that’s how that came about. We tried it and it got a big laugh.”

Sawyer also understudied for Lee Grant and Kay Medford in the play.

When Sinatra bought the film rights for the play, he instructed his agent to also “buy the drunk,” and Sawyer was the lone actor asked to reprise her role for the picture. In September 2017, she chatted with Ben Mankiewicz at the Motion Picture Home before TCM played A Hole in the Head.

Sawyer’s memorable performance in the R-rated stoner comedy Pineapple Express — “I don’t want to say what I think of that movie,” she had said — garnered her plenty of younger fans. “The kids love it! It’s a classic! I get a lot of fan mail from kids. James Franco was adorable. It was fun to do. [Franco has] done so many films now. I got his picture at my door. He’s a big star. Very sweet,” she said.

Survivors include her daughters Lisa and Julie and grandchildren Hannah, Sam, Emily and Carrie. She was married for about a decade to international film distributor Marshall Schacker (who later was married to German actress Ursula Thiess, in turn the former wife of actor Robert Taylor).

Sawyer, who also appeared in the 2014 short film Showfolk, had no complaints about never hitting it big in Hollywood.

“I’m not a dreamer. I’m a realist,” she told the Los Angeles Times in 2012. “Life is fun — that has nothing to do with whether you become a star or not. … And if the parts aren’t too large, I can go around talking to everybody. It’s like going to a party.” 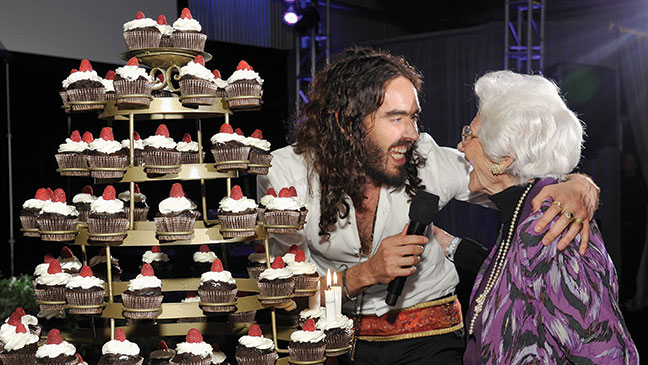