Kevin Hart is getting some love from a conservative street artist who plastered fake Oscar posters all over Hollywood early Sunday morning, primarily near the Dolby Theatre, where the Academy Awards show will take place Feb. 24.

The 20 large posters contain a photo of Hart, the comedian who had agreed to host the live telecast on ABC but then bowed out over old tweets that demeaned gays and lesbians.

“The Oscars have no Hart,” read the faux advertisements, which also contain the ABC logo and an image of the famous gold statuette that will be presented to winners the night of the show. 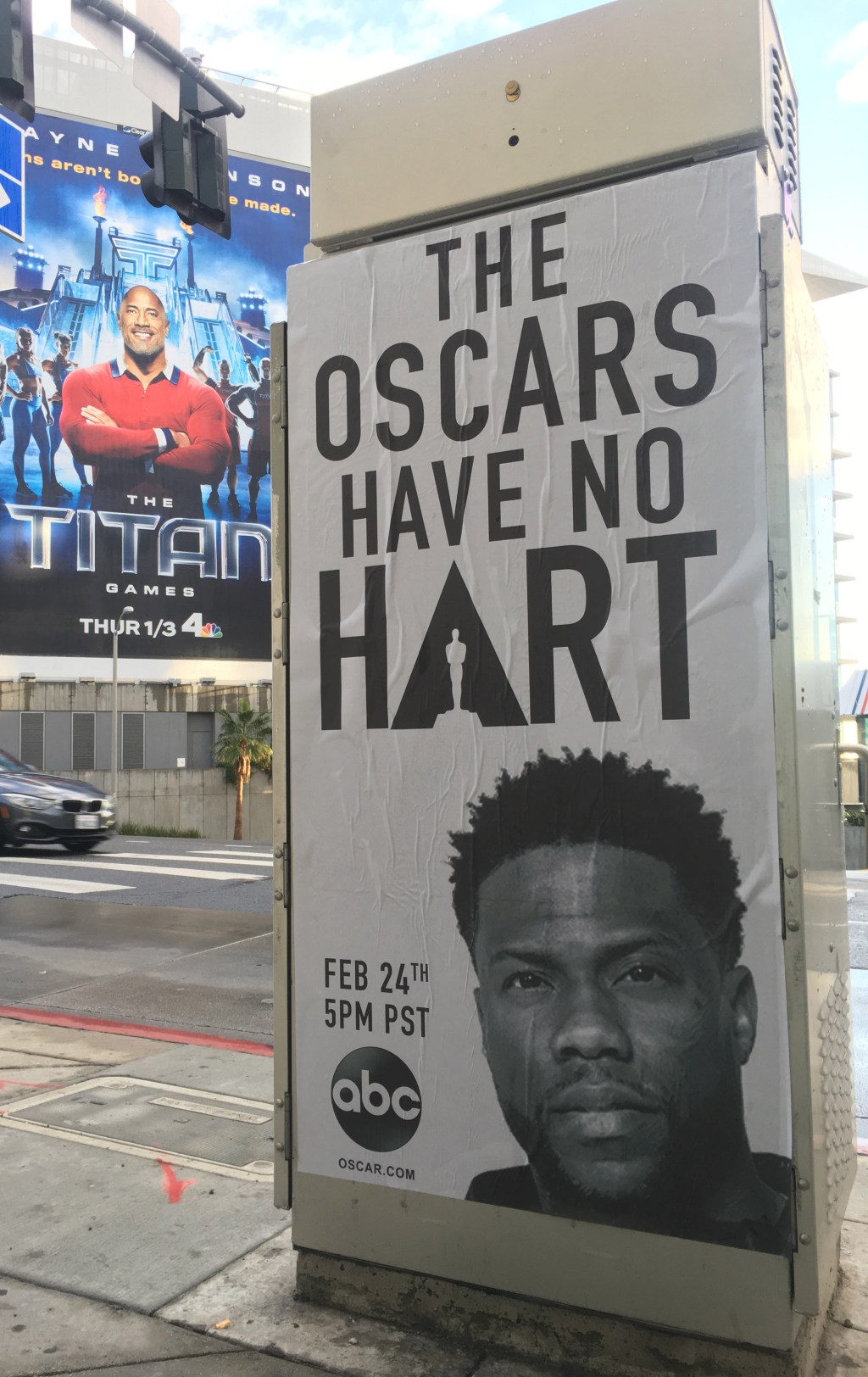 The Academy announced Dec. 4 that Hart was chosen to host its 91st Awards show but he stepped aside two days later after criticism over old tweets resurfaced. “If you don’t believe people change, grow as they get older, I don’t know what to tell you,” he said at the time.

The controversy is raging as the Oscars still have no host and Thursday the comedian/actor/producer said he was reconsidering the hosting job after Ellen DeGeneres, a former host herself, said she called the Academy to lobby on her friend’s behalf.

Kevin Hart Responds to 'Ellen' Backlash: "We Forgot That We All Learn"

The street artist, who goes by the name “Sabo,” also posted several of his fake ads at the Walk of Fame on Hollywood Boulevard near Disney’s El Capitan Theatre, home of Jimmy Kimmel Live!, since Kimmel hosted last year’s Oscar show. The artist makes a living by selling his artwork on his Unsavory Agents website.

Sabo often attacks famous entertainers with his art, including Kimmel, Cher, Meryl Streep and dozens more. This time, though, he says his intention is to make a point about the industry’s intolerance toward those it deems politically incorrect. Even though he and Hart are worlds apart when it comes to politics, Sabo says he’s a big fan.

“I love Kevin Hart,” Sabo told The Hollywood Reporter. “Hart is a highly motivating, extremely positive force of a human being and to see him suffer because of something he tweeted 10 years ago is sad and wrong. One has to question if this whole PC movement in Hollywood is flying off the rails.” 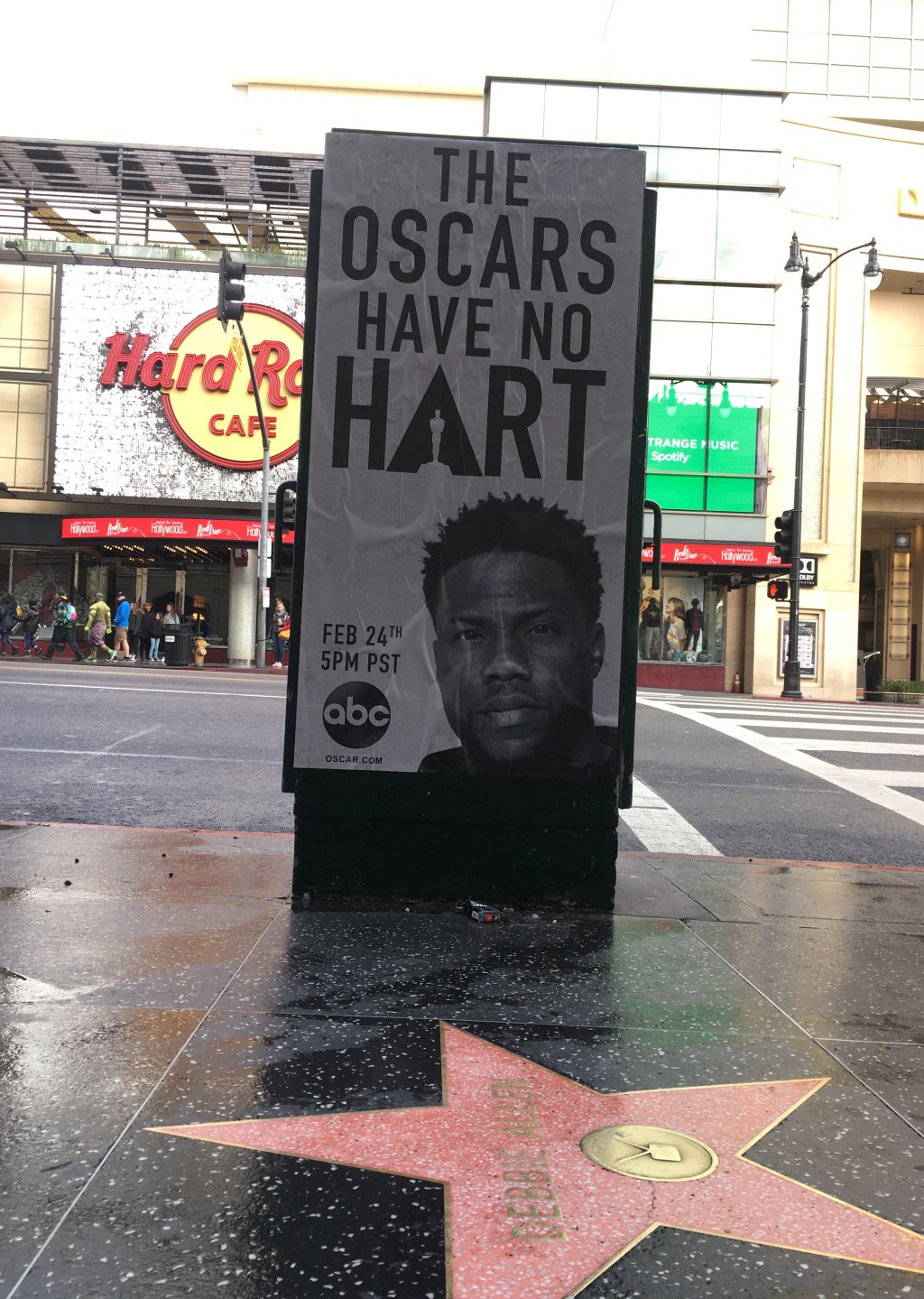