Constance Wu wanted to wear yellow to the Oscars to help reclaim the color.

The Crazy Rich Asians star and Oscars presenter sported a custom Versace off-the-shoulder gown in yellow silk with a tulle bodice. She said on Instagram, “I chose this color because it made me happy,” adding that she was “inspired” by director Jon M. Chu’s “moving letter” to Coldplay, in which he asked the band for permission to use the hit song “Yellow” in their movie.

Chu wrote to Coldplay: “[The word ‘yellow’] has always had a negative connotation in my life … until I heard your song.”

Adding, “It will give a whole new generation of Asian-Americans, and others, the same sense of pride I got when I heard your song. I know it’s recontextualized but I think that’s what makes it powerful.”

Within 24 hours of sending the note, Coldplay approved the request and a Mandarin cover of “Yellow” appears in the film’s final scene.

At the Oscars, Wu took Chu as her date and he wrote that she looked “like the timeless movie star that she is.”

More stars from the romantic comedy also attended the ceremony, including Awkwafina (in DSquared), Henry Golding (in Ralph Lauren Purple Label) and Gemma Chan (in Valentino). 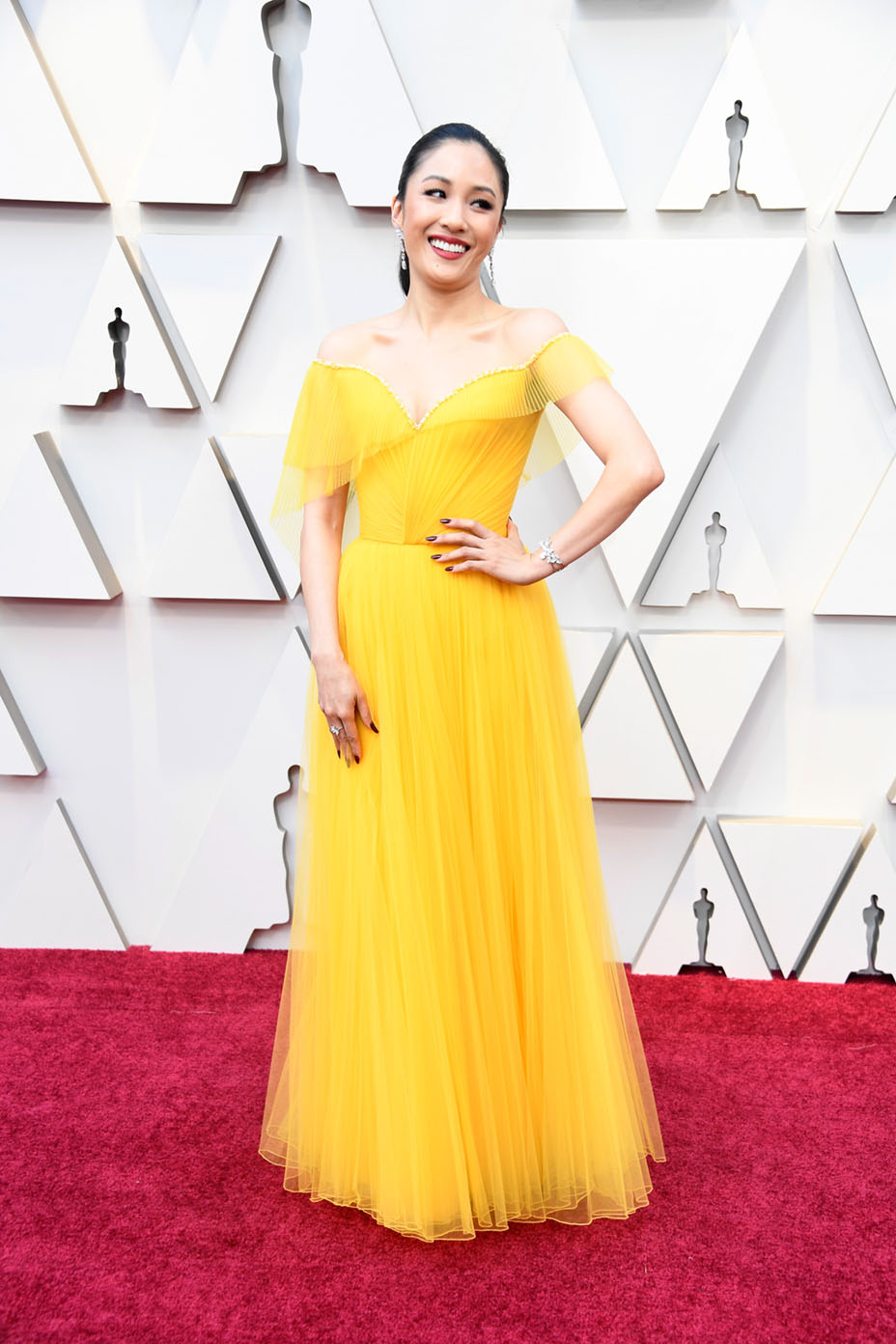 'Crazy Rich Asians': Read the Letter That Convinced Coldplay to Allow "Yellow" in the Movie