That could be a reality in 2022 as the 28-year-old announced Monday that he’s running to represent California’s 30th Senate District as a Democrat with a progressive policy platform. The seat is currently held by Democrat Holly J. Mitchell, though she revealed plans last year to run for a post on the Los Angeles County Board of Supervisors. The 30th Senate District encompasses areas of Culver City, Ladera Heights, Westmont and the Crenshaw, downtown and Florence neighborhoods of the city.

Hefner, the youngest son of late Playboy magnate Hugh Hefner, has worked primarily as a media executive and was the heir apparent of the publishing empire following his father’s death. However, he transitioned out of the family business in the spring of 2019 and had been focusing on launching a media company of his own while answering a call for service that led him to the Air Force and teaching. He currently serves on the board of Chapman University, where he studied, has various nonprofit posts and was recently named a fellow of the German Marshall Fund.

'What We Leave Behind' Review: A Filmmaker's Lyrical and Gripping Tribute to Her Grandfather

Those who have kept a close eye on Hefner’s social media imprint might not be surprised by Monday’s news as Hefner has been flexing a more political voice in recent months, commenting on issues such as the Supreme Court’s decision on DACA, the New York Times bombshell investigation about the Russian government’s alleged bounties to assassinate members of the United States Armed Forces in Afghanistan, and the United States’ fractured relationship with the World Health Organization. Hefner has also hosted various political fundraisers and pressed the flesh with presidential candidates including Joe Biden and Kamala Harris.

In an interview with The Hollywood Reporter, Hefner, who is expecting his first child with wife Scarlett, opens up on his Senate bid, his take on how California’s leaders are handling the COVID-19 crisis and what his father would say about this new chapter in his career, Cooper for California. 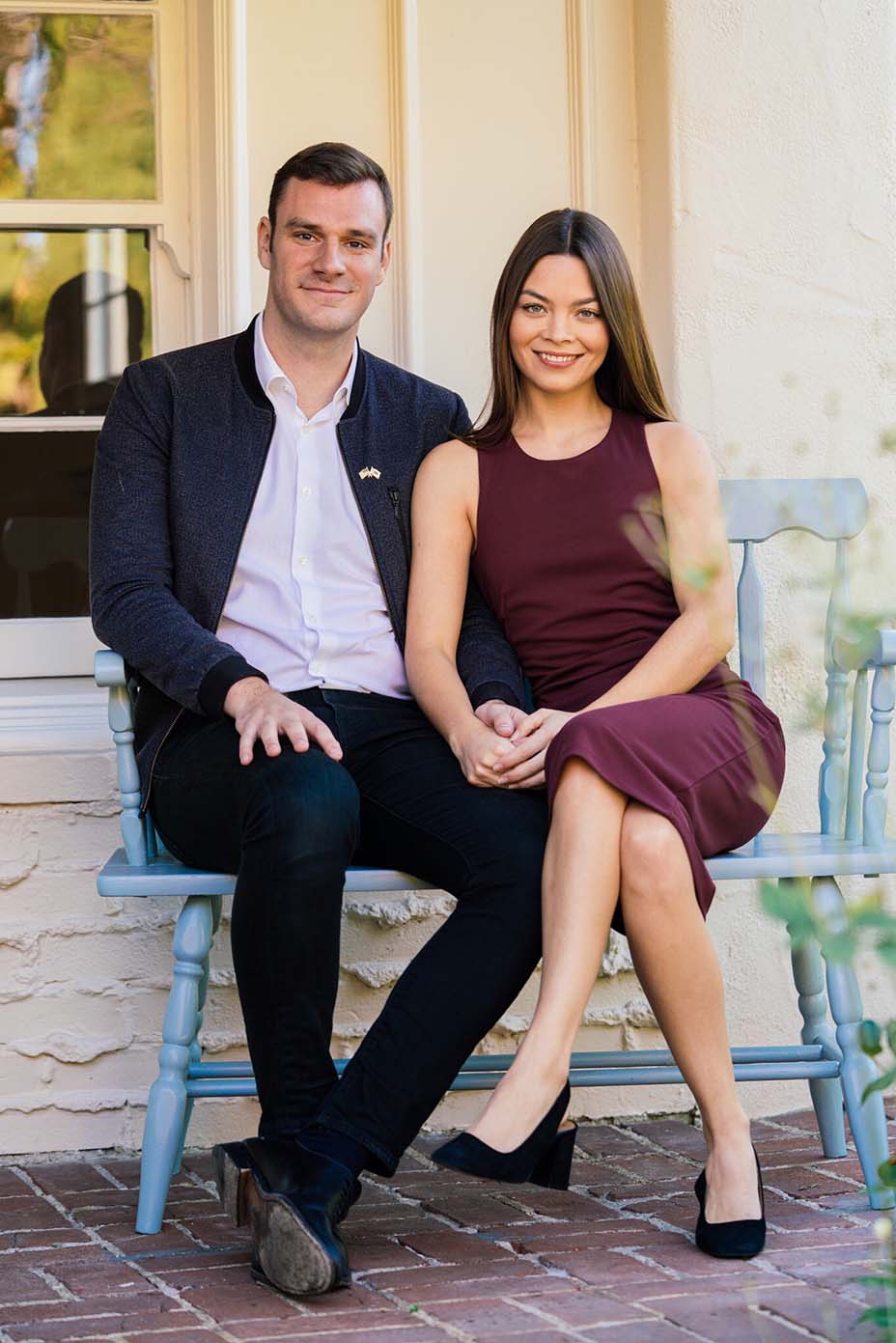 You’ve hinted that you had political ambitions but have now made it official with the launch of an exploratory committee for a California Senate seat in 2022. Why now?

It’s important for me to differentiate between a career politician and a public servant genuinely interested in advocating and working for people. I’m not engaging in this to be a career politician. I’m not walking down this road to serve myself. I am concerned about my community and our government institutions, now more than ever before. The last several years I have asked myself, “What more can I do for others?” For me, that answer manifested in working with local and national NGOs to develop organizational strategy, and as of last year serving as an Airman in the United States Air Force Reserve; however, I felt compelled to do more. It became clear that working to serve the public good and engaging in delivering innovative solutions to the complex problems facing our communities was the right road for me.

Growing up, did you have political ambitions, or when did you know this would be an avenue for you for public service?

For as long as I can remember I have had a deep interest in how our government institutions work, have been fascinated with discussing and defining morality, and have always been interested in people and relationships. If those are your interests, a road you might find yourself driving toward is public service. I believe I’ve been passionate for much of my life about serving the public; however, it took me a great deal of time to figure out how I would go about doing that.

You’re moving into politics after serving in the Air Force Reserves. What did you learn about service from that time?

The importance of serving something bigger than self. It’s an exercise of ego. I believe it’s one of the most important and rewarding pursuits any of us can or will take.

You’re running for a seat that will be left vacant by a Black woman, Holly Mitchell, the long-serving Democrat who has signaled her intention to seek another elected post. How do you plan to address issues of diversity and inclusion on your campaign?

Diversity makes California and our country exceptional. Engaging with a diverse and capable group of individuals that drives our campaign forward daily is how we do that today and will continue to moving forward. We have a great group of people who will work consistently to build a large coalition of support that remains inclusive and aligned with my policy platform, which is dedicated to bringing equality to all Californians.

Your platform — outlined on your campaign site — covers many hot-button issues right now from housing and homelessness to health care, education, immigration and criminal justice reform. Is there an issue you are most passionate about as a lifelong Californian?

I’m most concerned today with how the public health crisis will exacerbate issues we already have in California and across the country. Homelessness was up 12 percent from the prior year; to give further insight, 66,433 homeless people live here in Los Angeles County. These are pre-COVID numbers. The nation stands on the verge of a homeless crisis, the likes of which none have seen, as millions default on mortgage payments and rent. Federal relief and action is essential. An actionable plan should have been put in place in February. Like so many, I worry about continued incompetent leadership. The United States government is the only organization with the experts and ability to address this crisis, which is both a local issue, and global one. Leadership is needed on all levels.

Last year, you posted a photo with presumptive Democratic nominee Joe Biden, praising his work to “build a better world.” How will you support him heading into November?

I’m attracted to leadership that is defined by finding our commonalities versus politicizing our differences. Vice President Biden and those working for him have created an inclusive policy platform. That’s worth supporting, particularly now.

You will be running at a time when California will undoubtedly still be in the trenches working out from the devastating impacts of the COVID-19 pandemic. What is your take on how Gov. Newsom and L.A. Mayor Eric Garcetti have responded?

It’s clear there have been tremendous efforts at the state and local level by Gov. Newsom and Mayor Garcetti. Their action during the crisis has without question saved many lives; however, as we’re seeing with this most recent spike, far more needs to be none. In the immediate term, there should be more to enable physical distancing without loss of income, particularly for businesses under severe threat like restaurants and companies that require employees to be in office to operate. There are long-term systems issues with our health care system that need to be changed in order to effectively deal with the crisis of today and health care challenges in the future. Creative leaders with an appetite and ability to be innovative must participate in those conversations if we intend to get California to the best place.

What do you think your father would say?

Leaving the boardroom to fight alongside neighbors for a better future isn’t a far departure from what he spent his time here doing. I’m sure he would be tremendously proud of this pursuit if he were here and relate on a deep level to the pivot of wanting to help the marginalized and be involved directly in the community.