Harvey Weinstein. Kevin Spacey. Brett Ratner. Jeffrey Tambor. The list of men in Hollywood who have been accused of sexual harassment and assault seems to grow longer by the minute, and the public at large, rightfully, is angry.

There have been think pieces, social media campaigns — even protest marches — in reaction to these revelations, however, the entrepreneurial young woman behind cosmetics brand Lipslut refuses to gloss over the issue with politically correct terminology. College senior Katie Sones’ company has just issued its second release, a red matte shade of lipstick titled “F*ck Hollywood.”

Lipslut Has Raised $40,000 for Charlottesville Victims With "F*ck Trump" Lipstick

Founded by the Cal Poly San Luis Obispo graphic-design student on the eve of President Donald Trump’s inauguration, Lipslut married Sones’ love of makeup and social activism by selling a “F*ck Trump” lipstick and donating 50 percent of the proceeds to charities including Planned Parenthood and the ACLU. However, the company found viral success after it vowed to donate proceeds of its “F*ck Trump” lipstick to victims of the violence in Charlottesville, Virginia. 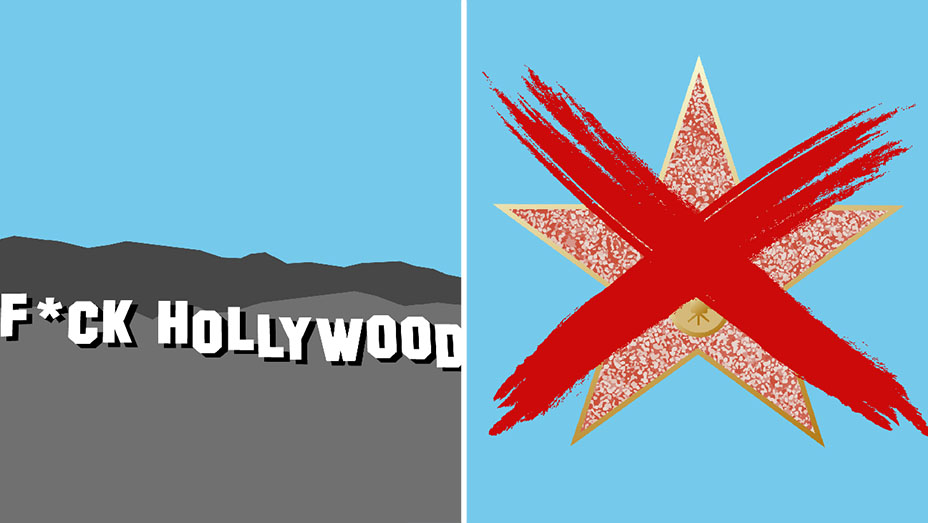 “Lipslut is already a political and philanthropic brand, so we already have a big platform for this, and I just thought, ‘How could we not donate in the face of this tragedy?’ ” Sones told The Hollywood Reporter in August. Lipslut raised $80,000 for victims, thanks to its devout following of beauty fanatics with social-activism leanings.

With the release of its “F*ck Hollywood” lipstick, the brand has once again pledged to donate 50 percent of its proceeds, this time to anti-sexual-assault organizations. At checkout, shoppers can vote for organizations like Futures Without Violence and National Alliance to End Sexual Violence, and Lipslut will send donations to the most popular charities. The lipsticks are now available for preorder for $20 each and will begin shipping in January 2018.

The “F*ck Hollywood” lipstick is an “outspoken true red,” according to the product description, and one that might — under different circumstances — be described as a shade reminiscent of old Hollywood glamour, evoking images of screen sirens and Tinseltown’s brightest (and blondest) stars.

“I don’t think a few good movies every year warrants systemic ‘sexual misconduct,’ ” said Sones in a strongly worded release. “With the amount of focus this topic has been given, I think there is a chance for us to get involved and make a small difference in workplace sexism and abuse at large.”