“A long time ago I took a pole dancing class, and I was dizzy just walking around the pole,” says Rita McGhee. 15 years later, the Emmy-nominated costume designer is the person responsible for dressing all the pole dancer characters in Starz’ summer hit, P-Valley, which will air its finale on September 6, 2020.

This latest work from Olivier Award-winning playwright Katori Hall, based on her play Pussy Valley, follows the lives of several people who work at a strip club in a fictional Mississippi town. The show has gained attention for its drama, portrayal of Black working-class women and queer men, and of course, glamour.

“Everything has to be a winner,” McGhee says of her design process, which included close collaboration with Hall. “She’s so inspiring,” McGhee says of the showrunner, “she would give us a word, an idea, a color, and we would run with that.”

The show’s breakout character, Uncle Clifford, a non-binary boss who uses she/her pronouns, sports some of the show’s most memorable outfits, despite not being one of the dancers. “We were inspired by everything,” says assistant costume designer Alita Bailey. Clifford’s looks drew inspiration from everything, Frida Kahlo to Gone with the Wind to actor Nicco Annan’s mother and grandmother. “[Hall] would say ‘Angela Davis, powerful strong,’ ” McGhee says of one look, “and we’d get boots and shirts and pants and leather and just fill [the design] with everything you can think of that makes you strong in that era and in this era.” 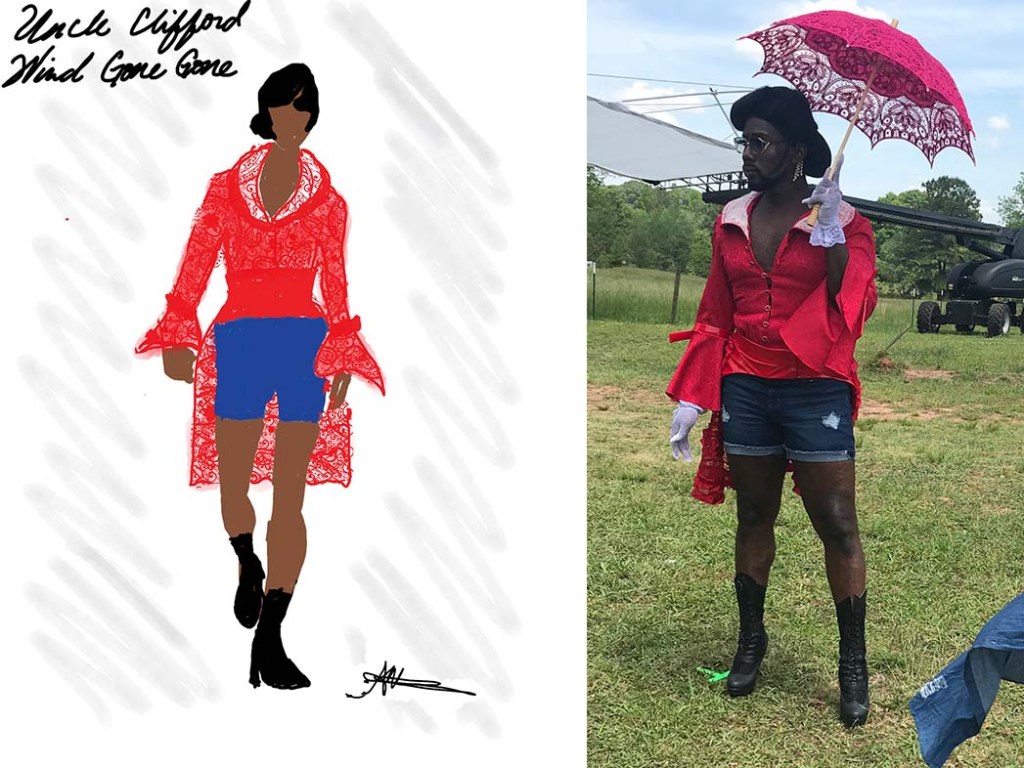 Similarly, for club dancer Mercedes, Hall would have a vision of actress Brandee Evans in pearls and McGhee and Bailey would build off that. “Alita would shop different pearls, different shapes of pearls, different fabric,” McGhee says, “and once Katori picked [a sketch] we would make it.” 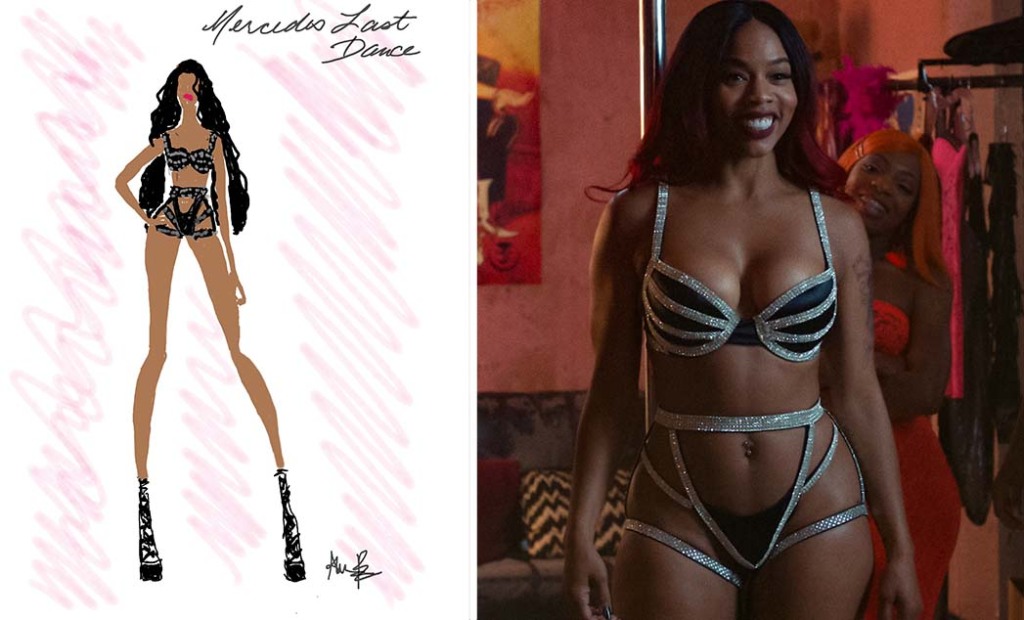 McGhee, who has been a costume designer since the early 1990s, was nominated for an Emmy in 2015 for her work on Empire. Her other work includes BET’s American Soul and Lifetime’s Michael Jackson: Searching for Neverland.

Because the show follows the lives of the club employees, there are a number of casual, street outfits worn during the day, but that doesn’t mean they are any less extravagant. For instance, Shannon Thornton’s character Miss Mississippi bails Mercedes out of jail wearing a pink latex suit. “It was an ode to Oscar-winning costume designer Ruth Carter who did B.A.P.S. — Halle Berry was in an orange latex suit,” says McGhee of the look. 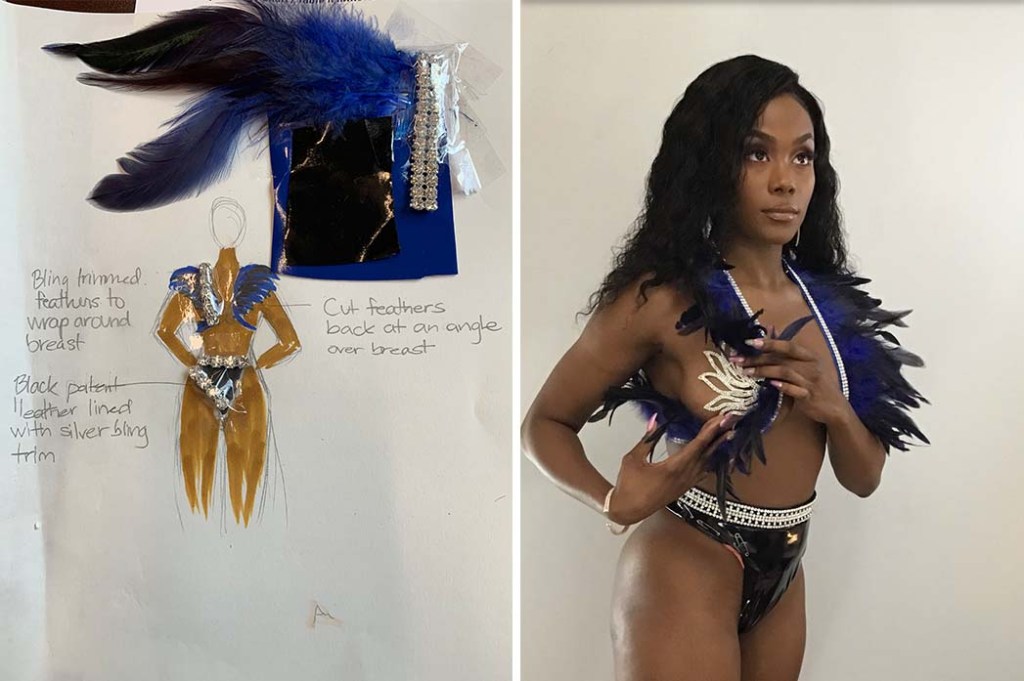 That said, the technical aspects of the dancers’ outfits required special attention. Because the dancer’s skin has to connect with the pole, actors wore floss (the very thin g-strings worn by pole dancers), which were custom made for each dancer to fit their body and enhance their features.

“Our actors learned how to do pole work and they were exceptional, but we also had five professional dancers and they gave us places to shop, gave us notes on what they’d wear, how they’d wear it. They were great resources for us,” McGhee continues. 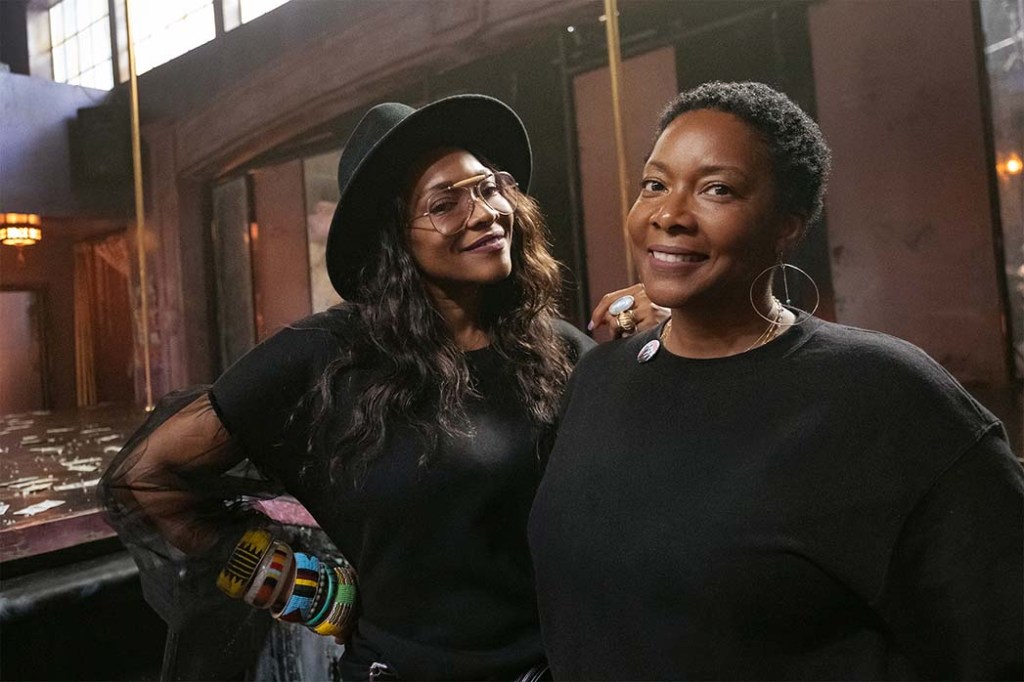 “It’s all about them being safe and secure and comfortable because their bodies are moving,” Bailey says of working with dancers. “When Mercedes is in the patent red leather boots and she does the drop, the leather was too slippery, so I had to break the boots, pick different fabrics, make slits and test it out.” For the most part, because the focus is on the dancing, actors wear minimal clothing on stage, just floss, a bra and a pair of heels or boots, but each outfit is coordinated around a theme whether it’s a color, a gemstone or a material, like a yet-to-be-seen feather look coming in the finale.

Because of its setting, the show also features quite a bit of nudity. “It definitely taught us,” Bailey says of the experience, which was the most nudity she’s ever worked with, “we created nudity garments for underneath for the nudity, how to rig that and the invisible floss and the invisible string, so they’re protected in the skimpiest looks they had to wear.”

“Everything was really about making them feel beautiful and comfortable and covered, no matter what it was,” McGhee adds. “If it was jeans and a t-shirt or if it was a floss, they felt great.” 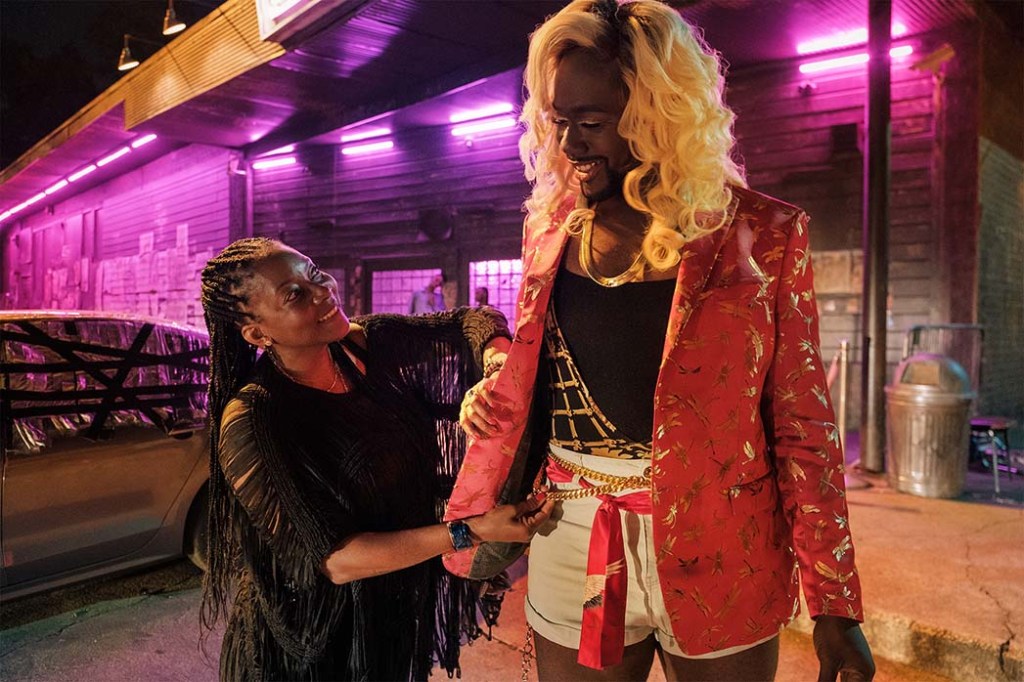