Continue to The Hollywood Reporter SKIP AD
You will be redirected back to your article in seconds
Skip to main content
February 17, 2019 11:44am

A stylish crowd of philanthropically minded fashion devotees gathered at the MatchesFashion Frieze L.A Pop Up to discuss how the red carpet can be used to raise awareness, and money, for worthy causes. Oscar-nominated costume designer Arianne Phillips and fashion industry veteran Carineh Martin led the discussion, which included Hollywood power stylists Elizabeth Stewart and Karla Welch, and Lara Bergthold, a philanthropic advisor and strategist.

Phillips and Martin launched RAD, short for Red Carpet Advocacy, at the Golden Globes, with the goal of changing the conversation on the red carpet. The pair had been playing with the idea for a while and saw the buzz generated by the #AskHerMore and Time’s Up initiatives as “a proof of concept,” Martin told The Hollywood Reporter.

“Giving is glamorous,” Phillips told THR. “But this really came as a byproduct of wanting to feel sustainable in an industry which is all about consumerism… but also about storytelling and entertainment.”

Partnering with stylists, talent and brands to help raise money for non-profit organizations, RAD enlisted Welch and her client Elisabeth Moss to get all of the designers the actress wore to the Golden Globes (including Christian Dior Haute Couture, Neil Lane, Tamara Mellon and Roger Vivier) to donate money to the American Civil Liberties Union on Moss’ behalf.

See link in bio #Repost @doradberad ??? FULL LOOK……..Elisabeth Moss is 100% RAD styling by super RAD @karlawelchstylist this is the first time head to toe fashion for good & our BIG launch . ALL designers/brands in solidarity to support @aclu_nationwide on behalf of @elisabethmossofficial @neillanejewelry shoes @tamaramellon fashion @Dior bag @rogervivier link in bio for more information on how you can get involved with the ACLU #doradberad #useyourplatformforgood

Most recently, RAD worked with Welch again, this time with singer Camila Cabello and Armani Prive, to shine the spotlight on Save the Children at the Grammys. Cabello posted a photo of herself on Instagram wearing the pink gown on the red carpet with the caption “Thank you Armani for making me this dress, and for standing with me to support Save the Children by making a donation last night. Save the Children works to ensure kids in the U.S. and around the world grow up healthy, educated, and safe and I’m so passionate about the work they do.”

thank you @Armani for making me this dress, and for standing with me to support @savethechildren by making a donation last night @savethechildren works to ensure kids in the US and around the world grow up healthy, educated, and safe and im so passionate about the work they do !!! Also @doradberad and @karlawelchstylist for joining my advocacy at the Grammys really feels good to bring it back to what’s important on a night like this #grammys2019

“Karla is a leader in the space of philanthropy in fashion and she’s come out as a leader for RAD and we are really grateful to her, “ said Phillips.

“Using our leverage will eventually create change in the industry,” said Welch of the initiative. The stylist is known for her political activism on social media: her Levi’s x Karla collection raised over $1 million for the Everytown For Gun Safety Support Fund, while at the 2017 Golden Globes, where several of her clients wore black to support Time’s Up, she donated her day rate to the fund. “Retail has completely changed and consumerism has changed,” she said. “Smart companies are realizing that they have to get on the right side of history and get involved in advocacy.”

Elizabeth Stewart, whose high-profile clients include Julia Roberts, Cate Blanchett and Jessica Chastain, is also heavily involved in philanthropic endeavors. She co-founded The Bag Lunch, an annual fundraising event in which designer handbags are auctioned off to raise money for P.S. ARTS, raising over $1 million over eight years, and designed a shoe collection with Sergio Rossi to benefit the Time’s Up legal defense fund.

Most recently, Stewart has been working to promote sustainability in the fashion industry. “The fashion industry is responsible for a huge amount to waste,” said Stewart. “It was very organic for me to start thinking about how we could be more sustainable.”

Stewart’s client Blanchett agreed with her and re-wore her 2014 black lace Armani Privé Golden Globes gown to Cannes last year. “That was to make the point that you should cherish your clothes, not keep buying new clothes and not contribute to the growing landfill of garments,” said Stewart. “Jessica Chastain has been doing it too. All my clients have.” 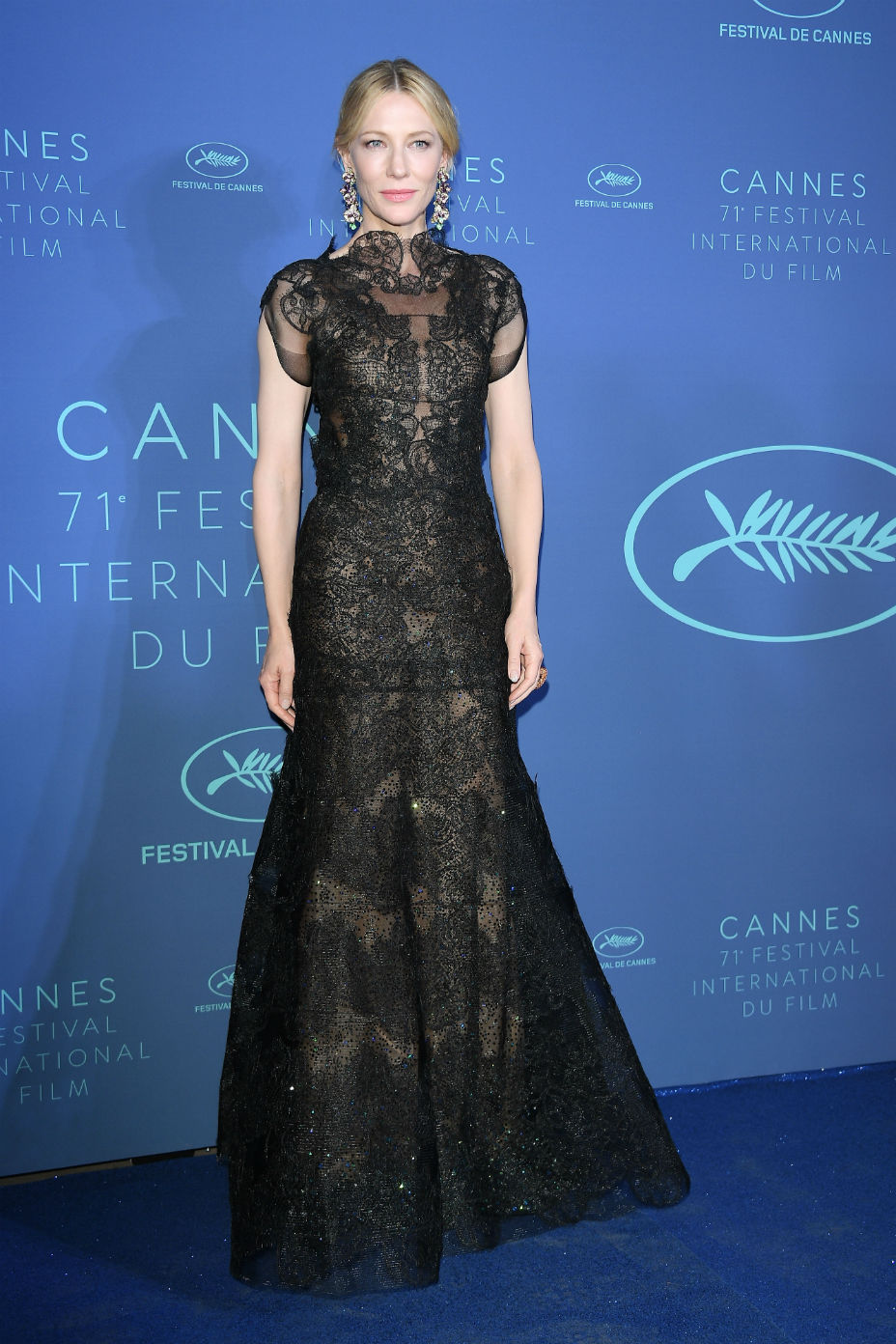 The event was also used as an opportunity to announce an upcoming partnership between MatchesFashion and Stewart and Welch, which will be rolling out in April. “As part of the partnership we will be interviewing Karla and Elizabeth for a feature on our website which will include an online edit selected and styled by the two stylists,” Matches’ Miranda Warmington told THR. “100 percent of profits from this edit will go to their chosen charities.” Noted during the panel as ACLU and The Trevor Project. More details to be released on MatchesFashion.com.