Reinterpreting Tim Burton’s adaptation of the beloved 1988 film Beetlejuice involves more than just repeating, “Beetlejuice, Beetlejuice, Beetlejuice.” Officially premiering at Broadway’s Winter Garden Theatre in New York on April 25, after a run of previews, the musical comedy stays true to the key style elements of the film and features possibly the biggest sandworm that Broadway has ever seen.

“I did not watch Beetlejuice but have a memory of it. [Director] Alex Timbers said not to copy the movie, but you can’t escape pictures of Keaton’s character, it’s in our culture, “says Long, who recently created the costumes for the musicals Princess Diana and Tootsie. “I began by saturating myself with the art of Tim Burton and his actual drawings. How often does it happen when the auteur is also a graphic artist and can communicate his imagery? Never!” he says. 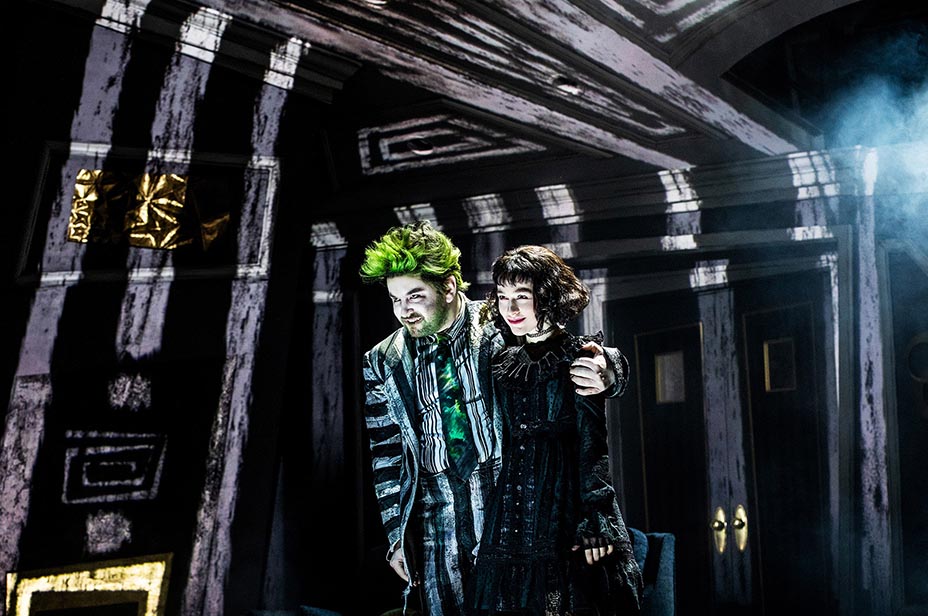 Long recreated the iconic Beetlejuice striped suit so the stripes look like they are literally painted on a white suit, worn by the show’s star, Alex Brightman. The comic zombie, who helps a recently-deceased couple haunt the new owners of their house, sports the requisite bald head with a surprise underneath. “For the brain, I did a bald pate wig like the regular wigs Beetlejuice wears and then put a real wig on top of it. When it is pulled back, it has all these gooey disgusting things like worms,” he said.

To design stylish ghouls, Long drew inspiration from last year’s runways shows in Milan and Paris, channeling Dolce and Gabbana, Prada, Gaultier and “the memory of early ’80s Alexander McQueen seared into my brain.” For the banquet scene with the new owners and the lawyers — set to the infamous “Day-O (The Banana Boat Song)” — the black pinstriped suits evoke McQueen. “I bought six to eight different bolts of fabric and chopped them up in different ways to make the suits. It helps set up the scene because everything is off-kilter,” he says. 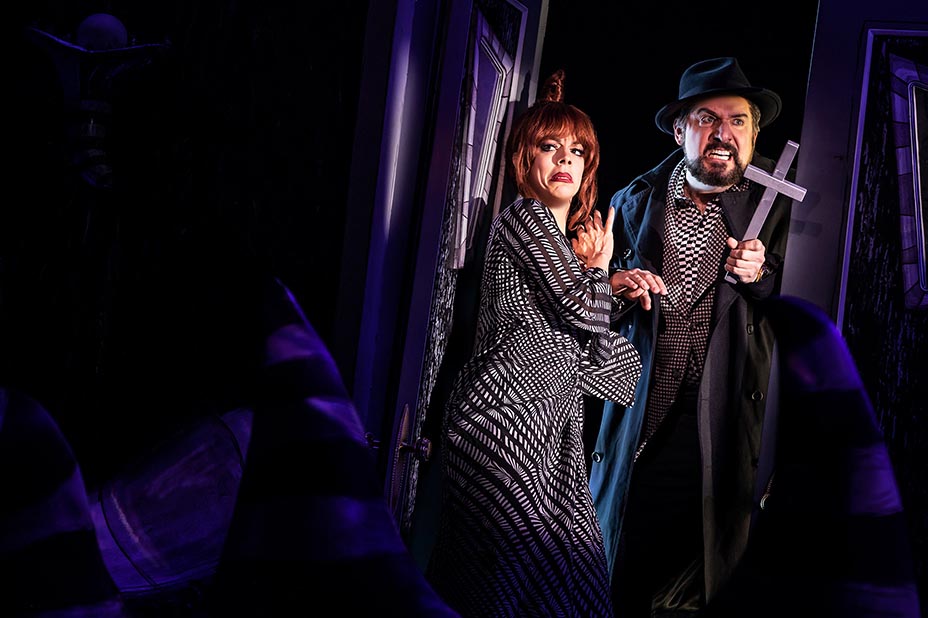 Creating costumes that sync up with the set design proved to be a challenge, as the main set is a twisted and angular house with a crooked door and fireplace. Working with Hamilton set designer David Korins, Long crafted costumes that would coordinate. “David and I worked beautifully together; when he does a busy set, I have to do solids and color blocking so you can see the characters in the front. I am always aware of how busy the background is. Background people should blend in, secondary characters can be solid, and the main character can have a little more leeway because they have follow spots on them at all times,” he says. 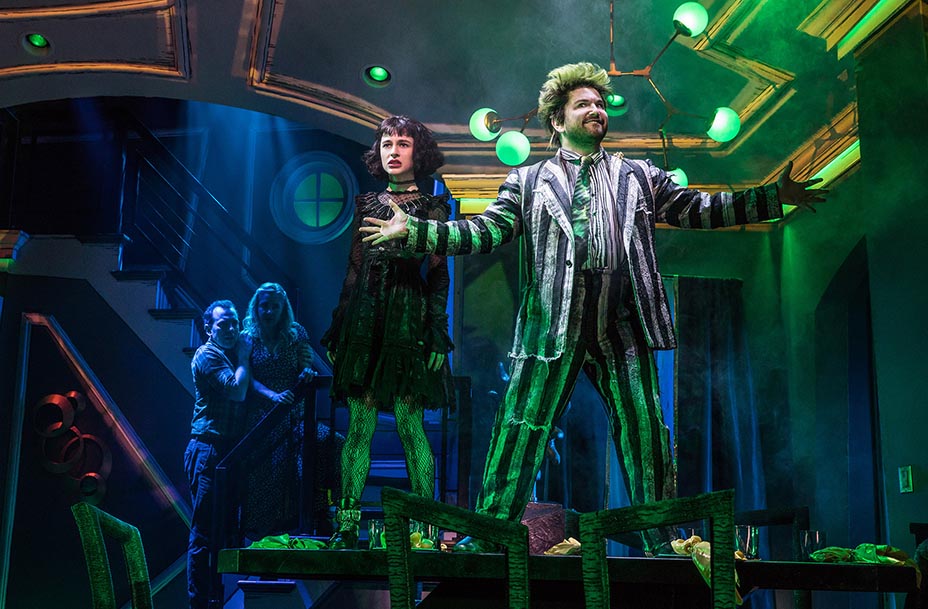 Long revisited goth styles of the ’80s for inspiration when designing costumes for Lydia (17-year-old Sophia Anne Caruso), the grieving young girl who lost her mother. While Long readily admits that goth is dated, he notes, “We channeled the Sex Pistols, of course; there were so many layers and layers of wrong! Sophia Anne has a real finger on the pulse and designed her own jewelry and accessories that she wears in the show. We made it under her guidance in our jewelry department and I just had to ask her … ‘Is it time to revisit the safety pin?’ We ended up putting it around the collar and on her shoes as a nod to goth.”

Beetlejuice marks Long’s 75th production in a storied career that also includes the costume designs for Hairspray, The Producers, Grey Gardens, Cinderella and Nine. Ironically the Southern-born designer (who could easily have a second career as a comedian) studied set design at the Yale School of Drama. “I have been studying costume design from all the greats, maybe one day I will do this as a living!” he said.

The Cast of 'Beetlejuice,' Then and Now