“People think that I got into costume design because of fashion, but it was really the vivid stories that I was reading by poets and playwrights that made me want to get into storytelling through costume design,” Carter tells The Hollywood Reporter. “Fashion was not on my radar. I was, rather, introduced to fashion through costume design. I started to understand how to use color and fashion and direct it to character.“

As for her partnership with H&M, Carter told THR that she had to ponder it for a while: “I didn’t want to all of a sudden be considered a fashion designer; I still wanted to be a costume designer, inserting myself into the fashion world, so I really had to think about how I wanted to communicate that.” 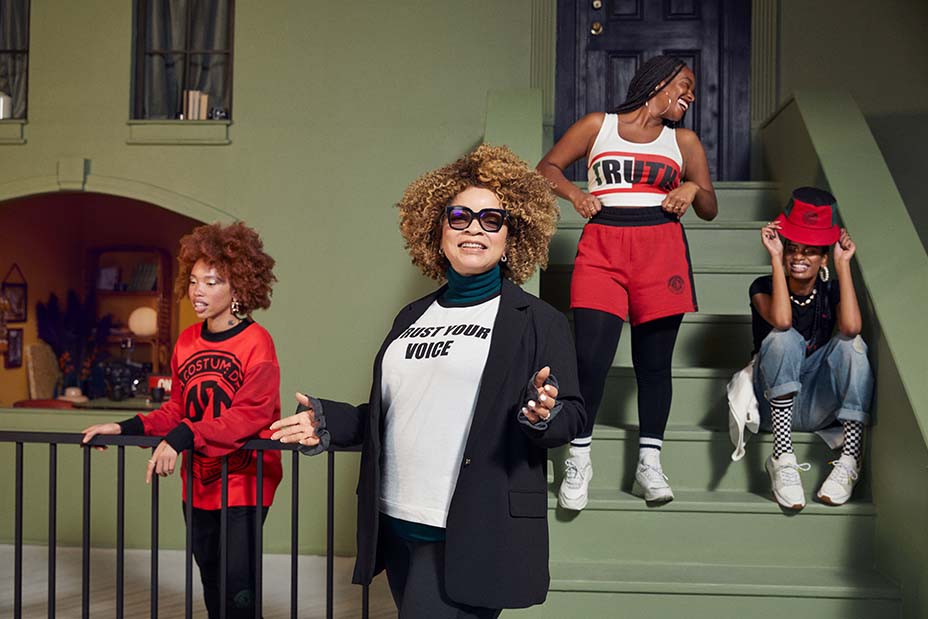 The end result is an 11-piece, logo-driven Ruth Carter x H&M collection of tops, two hoodies, shorts, joggers and a bucket hat ($12.99 to $39.99 at hm.com and in select stores) that has a ’90s Do the Right Thing (Carter’s 1989 film with longtime collaborator Spike Lee) vibe.

“I’ve always been drawn to the Afro future,” Carter tells THR. “It’s been called different things throughout the years; back in the ’90s it was ‘neo-soul’ and there was a lot of interest in colors of the liberation flag (red, black and green) and color-blocking. It’s made a comeback today, which is exciting, because I was always inspired by the messaging that the liberation colors represented — being independent and strong, knowing about the authenticity of your culture.”

She continues: “I am reintroducing the big, strong, saturated liberation colors and the idea of learning to trust my voice as an African American woman who went the distance creatively. I feel very strongly that trusting my voice is what got me to the Dolby stage to win the Oscar.” 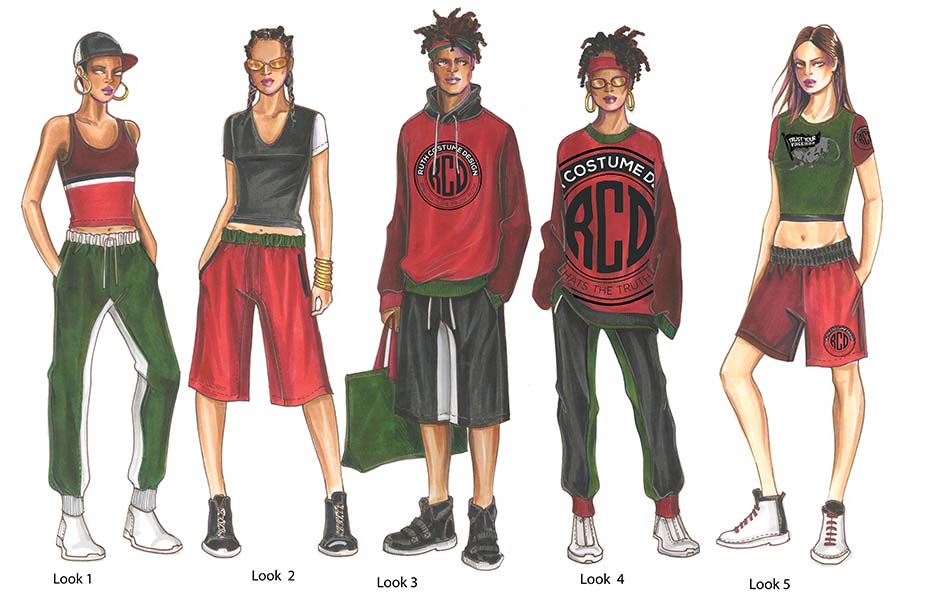 In short, she shared that her nickname on set is “Ruthless.” In translation: “It’s a double entendre; I’ve always wanted to turn that around and say, ‘Yeah, that’s right!’ It’s kind of giving you a charge to be ruthless and just go for it!”

Carter points out that when T’Challa (Chadwick Boseman), Nakia (Lupita Nyong’o) and Okoye (Danai Gurira) enter the casino in Black Panther, they are wearing liberation colors. So the trajectory of her career has come full circle in terms of the symbolism.

In the H&M collaboration, the word “Truth” and  the phrase “Trust Your Voice” are emblazoned on pieces, while a hoodie and T-shirt share this quote by Carter: “I think we’re going to look back at this time in fashion and say there was a statement being made, and that was, ‘You can be who you are and unapologetic.’ And that, I think, is really wonderful.”

The Ruth Carter x H&M ad campaign, in collaboration with Hollywood stylist Ade Samuel, uniquely presents itself as a Podcast titled, “And That’s the Truth, Ruth!”

Carter, whose work spans over 35 years, was also nominated for the costume design Oscar for her work on Spike Lee’s Malcom X (1992) and Stephen Spielberg’s Amistad (1997). She has recently wrapped costuming for Craig Brewer’s Coming 2 America, due out in December.