Reimagining the 1982 movie Tootsie “from the gown up” for the Broadway musical version opening tomorrow night also meant a complete reworking of the title character’s wardrobe to reflect seismic shifts in both style and society from the iconic movie’s milieu. “The idea of a guy putting on a dress in 1982 had a very different implication. Then, it was really easy just to get humor out of that. That was not our goal,” says the book writer Robert Horn, ushering the updated version along with songwriter David Yazbek and director Scott Ellis.

“I didn’t go back and look at the movie again,” Broadway costume-meister William Ivey Long tells The Hollywood Reporter. “Though there are images that are indelible, that was 30 years ago.” Also, Long estimates he’s worked with director Ellis upwards of 30 times in a long career that includes six Tony Awards for designing costumes for The Producers, Hairspray, Nine, Crazy for You, Grey Gardens and Cinderella.

Not to mention that the guy putting on a dress for the role of Michael Dorsey turned Dorothy Michaels has a very different physicality than the movie’s star, Dustin Hoffman. Familiar to Broadway audiences from his Tony-nominated run as the dashing prince in the 2013 revival of Cinderella, this production’s lead, Santino Fontana, also memorably voiced another royal, Prince Hans, in the Disney animated movie hit Frozen and is familiar to TV viewers from his run on Crazy Ex-Girlfriend.

Long had outfitted Fontana once before for Cinderella and has known the actor and his wife, actress Jessica Hershberg, for years (Long having even designed her wedding dress.) So when he took on the costuming assignment for Tootsie nearly two years ago, Long and Fontana already had an easygoing relationship; they worked on the look for the character Dorothy Michaels together.

“Santino’s a baseball player and has a very big upper chest, so I told him to stop playing baseball and stop doing his core training because I needed to cinch in the waist and I didn’t need any extra muscle,” Long tells THR. “And then when we started playing around and looking at pictures, we also realized he has a prominent Adam’s apple and that we could do a portrait neckline, like the 1950s, off the shoulder.” 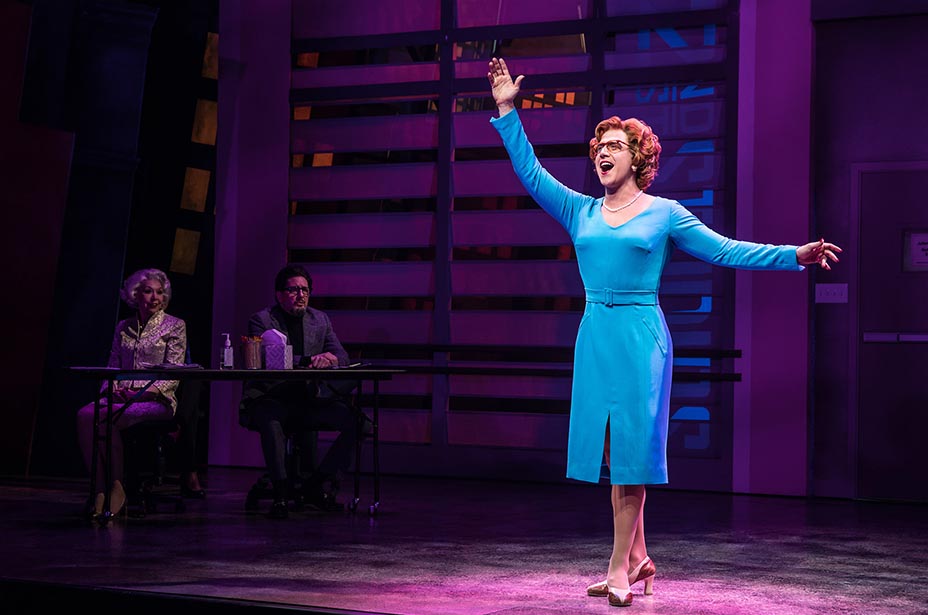 Liberated from the high collars and turtlenecks of the movie’s Dorothy, Long found other inspiration in unlikely places. For the character’s first entrance, the designer puts Dorothy in a V-neck dress with a pointed sawtooth hemline, after rejecting the early notion of her wearing a jacket skirt and blouse with a “Williamsburg, Brooklyn” feel.

“I’ll tell you a story. I was watching TV and saw Meghan Markle’s rehearsal dinner and I thought the character Michael might be sitting at home too, watching this royal wedding,” Long says. “So we ended up doing a riff on her uneven hemline. Because he might have been watching and said, “Oh, this would look really good on me.’”

Of course, if there is one indelible image from the movie, it’s Dustin Hoffman as Dorothy in the red spangled dress on the cover of Time magazine. Besides updating the notion of magazine covers as bellwethers of fame (sorry, print!), the gown itself underwent a complete makeover to suit both the star and fashion today.

Thx @vanityfair #repost @TootsieMusical star @SantinoFontana says, “If you are trying hard to identify with what women are going through—and you still don’t understand—this show will be very helpful.” As the new lead in the revamped 1982 musical comedy, the actor learns what it’s like to walk in a woman’s shoes—and adds a few twists of his own. Read more at the link in bio. Photographs by @Thomas_Prior. #tootsiemusical

“You have to have some va-va-voom if you’re going to wear a red dress, so I had to convince the director and the producer about (having) an open neckline. This is like the third red dress and I got it lower and lower and lower and it just looks luscious when you see all that skin,” Long says. “And we’ve used a sequin for the dress that wasn’t even made back then, I call it a hologram sequin, it has depth and is very shiny, just to make it a little more up-to-the-minute.”

That flattering ‘50s silhouette with the wide neckline and full skirt also gets full reign in the play-within-the-play, with this Tootsie now set in the world of Broadway rather than television soap operas as in the original film. There is also an update of Michael’s love interest Julie (Lilli Cooper), newly empowered in this Broadway rendition and now meeting Michael as an equal. “Their passion for the craft, that is what brings them together,” says playwright Horn. “I really wanted to show that Michael learns through Julie and not the other way around.” 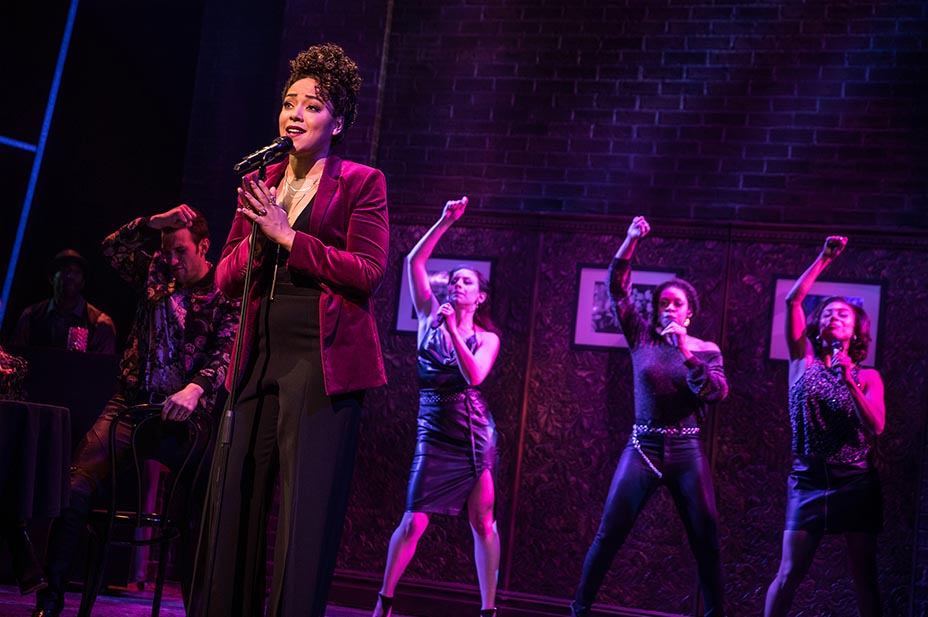 And it’s reflected in her costuming. For rehearsal sequences, Long favors a variation on no-nonsense workout wear for Julie, while at home in her heart-to-heart evenings with Dorothy she wears flattering tailored shirts and jeans, “like she’s dressing for a girlfriend,” he says. For her big number in the spotlight, Julie may wear a sultry black number but hilariously takes no prisoners there either.

It’s Michael who worries about his clothes, saying Dorothy would never wear the same thing twice in their times together and holding up dresses to decide what to wear, Long points out. “It shows he’s really paying attention.” And perhaps it also plays a part in the story’s overriding sentiment, as voiced by Michael: “I was a better man with you as a woman that I ever was with a woman as a man.”

'Tootsie' in the Time's Up Era? Remaking a Gender-Bending Story for Broadway