Disney’s new release Rogue One will be epic both on- and offscreen. Not only does the latest film in the Star Wars canon guarantee box-office gold, it also comes with a cornucopia of clothing, toys and other merchandise that depict character Jyn Erso (Felicity Jones).

But those who worked behind the scenes to develop the character’s look -— particularly co-costume designers David Crossman and Glyn Dillon — may not get as much fan recognition. And that story is part of another saga.

“We are hired to design whatever we’re designing and they own all the rights to it,” Costume Designers Guild president Salvador Perez explains of the work-for-hire agreement costume designers have with studios. He added that this system was in place “before there was all this marketing.”

Perez adds, “we understand that and we don’t really fight that. But the thing is, even if they just gave us some recognition for what we did. If they sell a Barbie doll, somewhere on the box they could say ‘designed by Salvador Perez.’ But they don’t do that. They don’t care.”

He clarified that he didn’t think that the studios were acting maliciously in as much as they weren’t thinking of the advantages of bringing in the production’s costume designer to consult on the clothing, dolls, games or other memorabilia that come with working on hot properties. But this is synergy Perez has seen firsthand as the costume designer for Hulu’s romantic comedy The Mindy Project and as the red-carpet stylist for its star, Mindy Kaling. Last year, he designed a line of vibrantly patterned winter coats that were sold on Gilt.com and were also featured on the show.

Meanwhile, Paolo Nieddu, the costume designer who has twice been nominated for an Emmy for his work on Fox’s Empire, was not asked to participate in the planning of apparel collections and events inspired by that drama, despite his interest in it.

“I find it so perplexing that they don’t [ask us],” he says. “They rush it and they think it’s faster to do it internally and not including an outside person who’s actually the most inside person.… I don’t know if they don’t want to pay for the opinion or the consultation.”

But studios could argue that it’s also an issue of timing on the designers’ parts — either they don’t want to spend the extra hours helping with these endeavors or they’ve moved on to another project by the time the marketing process starts.

“There are certain times where the show and the producers and the stylists are involved,” says Peter Leeb, vp, television brand marketing for 20th Century Fox consumer products, the studio that produces Empire. “We had certain consultants come from the fashion industry at the same time. It depends on the right fit and at what point different people get brought into the show. Ultimately, the vision of all these characters is created by our producer and our creators who are involved in everything. Some situations call for it.” (Leeb adds jokingly, “on The Simpsons, the stylist is involved all the time.”)

Apparel is something that studios have explored for eons, with or without proper attribution. Costume designer Trish Summerville’s name was used in the marketing of both H&M’s Girl With a Dragon Tattoo and Net-a-Porter’s The Hunger Games: Catching Fire lines, as was Colleen Atwood’s for Kohl’s collections themed around the Alice in Wonderland movies.

Deena Appel, who has had her own battles for recognition over designing the costumes for the three Austin Powers movies, covered this topic in the fall 2006 issue of professional journal The Costume Designer. She reported that in 1932, Photoplay partnered with designers and studios to sell dress patterns based on popular costumes and that Macy’s set up a “cinema shop” that claimed to have sold over 50,000 replicas of the white organza gown legendary designer Adrian made for Joan Crawford to wear in Letty Lynton.

Hot Topic, the City of Industry-based company, has become the go-to for collaborations inspired by cult programming, so much so that it could almost open an entire store dedicated to the business. It recently worked with Disney to launch a nine-piece collection themed around co-costume designers Crossman’s and Dillon’s work in Rogue One: A Star Wars Story and has also licensed material to create lines themed around TV shows Stranger Things and Outlander, and films Fantastic Beasts and Suicide Squad. Cindy Levitt, the company’s senior vp, merchandising and marketing, says her company’s licensing deals do not require working with a costume designer. 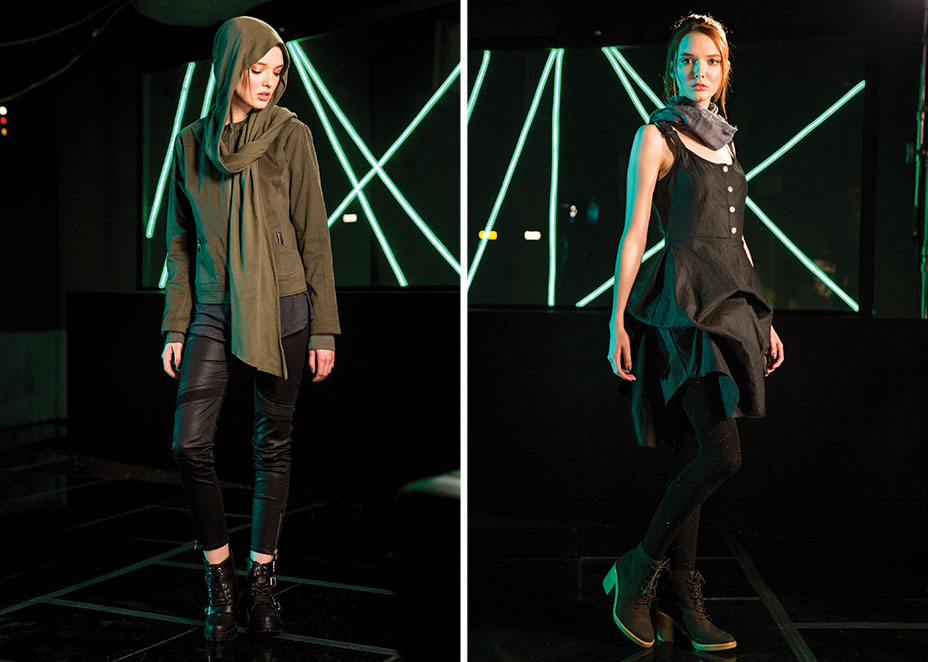 “That requires, to be very transparent, other talent involved,” Levitt says. “Sometimes they don’t allow you to work with the designer because you’re doing property for the movie and that’s a whole other license and something you’d have to pay for as a retailer. We rarely will work hand-in-hand with a costume designer. What we are allowed to do, which is really wonderful, is the studios allow us to meet with the costume designer [if he or she is available] or go on set to get inspiration of where the costumes are because we have to merchandising well in advance of the film [or show] coming out.”

(And, to be fair, not all of Hot Topic’s apparel items are costume-based. One of its best-sellers has been a coat that looks like Doctor Who’s TARDIS time machine. The Stranger Things collection includes a bracelet similar to the Christmas lights Winona Ryder’s character hangs while attempting to communicate with her missing son. Both of these are based on work by those series’ production designers.)

Linda Kearns, vp, branding and communication for the costume designer division of New York-based talent agency Matchbook Company, acknowledges that “I do think that there’s a bigger intersection of fashion and film that’s creating more blurred lines in the design aspects.… In some cases, I think it’s the cost issue. In other cases, it’s perceived often that you can replicate looks.”

Some costume designers have tried to get proper credit for their work, whether it’s correcting history or demanding so in their contracts. The late Theoni V. Aldredge believed Ralph Lauren took credit for her costume work for 1974’s The Great Gatsby, and reportedly tried to urge Paramount to remove his name from the film’s credits. Later, in her Oscars acceptance speech, she famously avoided mentioning Lauren’s name. Edith Head seethed more or less in silence while the fashion press continued to credit Hubert de Givenchy for designing the little black dress Audrey Hepburn wore in her Oscar-nominated role in 1954’s Sabrina. Both Appel and Deborah Landis asked to get compensated for the tie-ins associated for their costumes for the Austin Powers and Indiana Jones films, respectively.

“There was laughter on the other end,” says Landis, a costume designer and founding director and chair of the David C. Copley Center for costume Design at UCLA. “Because costume design is soft — it’s female — it’s just marginalized just like all other women artists, women writers…we’ve been left behind [even though our work is] on the actor in the center of the frame. You can’t ask for a better piece of real estate.”

Appel says that another issue is that there is some resistance within the costume design world to embrace what Perez, Mad Men‘s Janie Bryant and others, like Scandal’s Lyn Paolo, have done by reaching out to the fashion world. 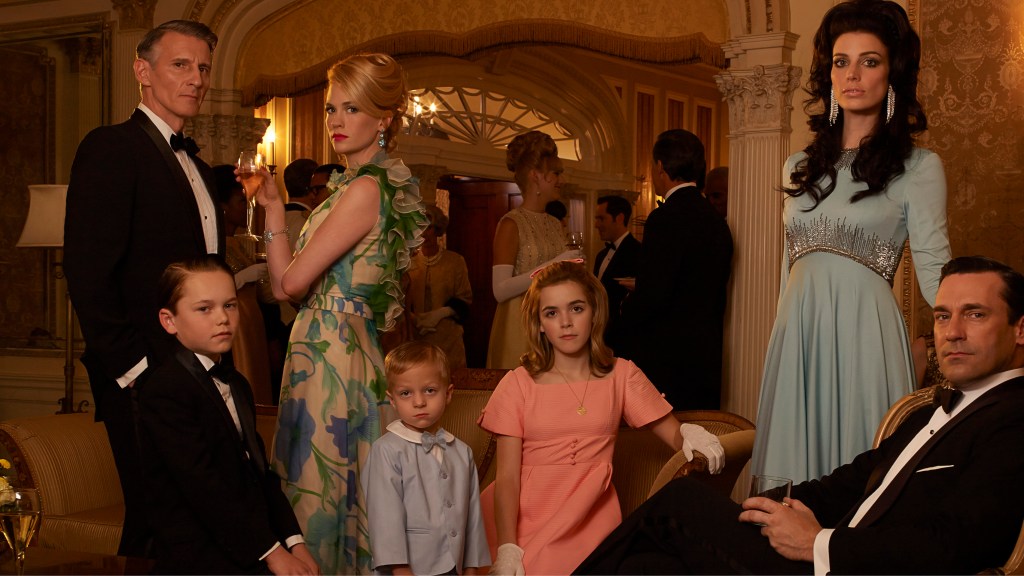 During her seven-season run on the stylish 1950s and swinging ‘60s period piece Mad Men, Bryant, who had already established her flair for crafting looks for period dramas with her Emmy-winning work on HBO’s Deadwood, became the face of the wardrobes that inspired countless fashion lines — including her own collaborations with Banana Republic and others.

“Everybody looks to Janie Bryant these days because Janie has been able to break through,” Appel says. “But the really unfortunate thing is there are a lot of people who, instead of celebrating that and embracing that and encouraging that and supporting that, look down on it. There are a certain amount of costume designers who believe we shouldn’t be marketing what we do. We should just be telling the stories that we do as costume designers and we shouldn’t be taking our eyes off that focus.”

However, Appel says that this is indicative of a problem commonplace in all industries. The CDG is predominately female and members have the fear that so many other (women) feel when it comes to asking for what they deserve.

“I think what she (Bryant) has done is brilliant because why should we, as women, be ashamed to ask for what we deserve?” Appel says of her fellow guild members. “I think, a lot of times, people are embarrassed and they don’t want to ask for it and seem like they want the glory. It’s not about that. It’s going to happen, they are going to market what we do at every turn [and] we could make it better.”