Despite more than a decade of lackluster box office performance by romantic comedies, Netflix unleashed a deluge of rom-coms in 2018 that proved there still was an appetite for the genre. Netflix’s “Summer of Love” lineup two years ago included such hits as Set It Up, The Kissing Booth and To All the Boys I’ve Loved Before — and more than 80 million subscribers watched at least one of the streamer’s original rom-coms, according to a quarterly earnings report.

The next phase of the revival marks a major evolution for the rom-com that Hollywood hopes will bring it more in line with the times: same-sex love stories.

While queer romance has been present in the indie space for decades — like Greg Berlanti’s 2000 film The Broken Hearts Club and the Natasha Lyonne-fronted But I’m a Cheerleader a year earlier — it has yet to break through in bigger commercial projects. But now, two years after the rom-com renaissance, that’s changing as major studios and streamers have queer rom-coms from LGBTQ creatives in various stages of release and production.

While the resurgent genre has found a foothold in the streaming space, studio rom-coms that hew closely to the tried-and-true formula have had difficulty finding reliable stateside box office success. “Audiences don’t want to see the 20th version of When Harry Met Sally …,” says Shawn Robbins, chief analyst at BoxOffice Media.

In 2019, Universal’s Last Christmas, starring Emilia Clarke and Henry Golding, earned a tepid $35 million at the domestic box office — and Lionsgate’s Long Shot, the critically acclaimed Seth Rogen rom-com, had a domestic gross of $35 million on a $40 million budget. Robbins says the massive $174.5 million domestic box office haul from Crazy Rich Asians — the first studio release with an Asian-led cast in 25 years — is proof rom-coms can be viable “as long as there is some genre boundary pushing or if it’s something people haven’t seen before.”

Despite earning critical and commercial success, Paramount’s 1997 movie In & Out was the most recent studio-backed feature comedy that centered on an adult gay man. More than two decades later, Billy Eichner is behind what would be the first studio romantic comedy with a gay male relationship as its focus.

In the mid-2010s, the Billy on the Street star was brought in for a meeting at Universal, where an exec asked him for his version of Amy Schumer’s successful rom-com Trainwreck. Says Eichner, “I recall saying to him, ‘You know my Trainwreck is going to be about gay guys, right?’ ” Veteran comedy director Nick Stoller came on board to direct, with Trainwreck helmer Judd Apatow set to produce. But while In & Out focused on a then-boundary-pushing coming-out story, Eichner plans to take a more contemporary, matter-of-fact approach to his material. “I came out when I was 19 years old, a lot of my friends did, I know that that is not the experience for everyone, but that was the experience for me and a lot of people that I know. My movie is not about someone who just came out,” says Eichner. “I wanted my movie to be about self-aware, intelligent, sexually active but still totally messy, complicated gay adults.”

Meanwhile, at Sony label TriStar, Clea DuVall’s upcoming Happiest Season, starring Kristen Stewart and Mackenzie Davis, is the first lesbian rom-com from a major studio. “It feels broad,” says TriStar boss Nicole Brown about the thinking that went into greenlighting the project. “And the added bonus is that you have this element that is modern and fresh.” 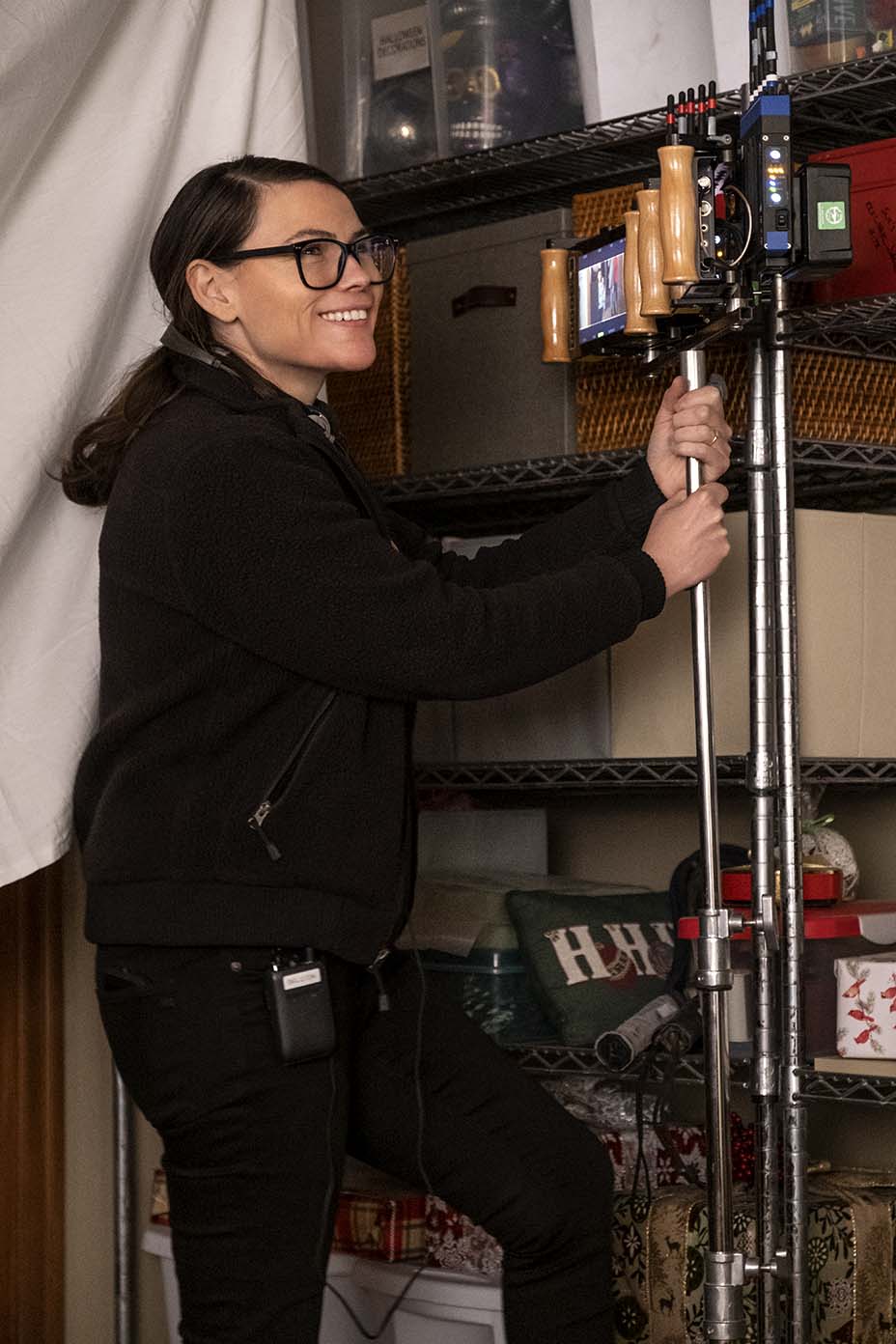 “I love Christmas movies,” says DuVall. “But I have never really seen my experience represented — a queer story or a story that focuses as much on being the partner of the person who goes home.” Similar to Eichner, DuVall says Happiest Season, which wrapped filming 10 days before the pandemic shutdown and is on track for a Nov. 25 release, will avoid the positioning of same-sex romance as a novelty within the context of a rom-com. “I really want this movie to be universal,” says DuVall. “It just so happens that it centers around a love story between two women.”

Filmmaker Alice Wu has now been on both sides of the production spectrum, independent and studio-backed. Wu’s recent teen-focused Netflix rom-com The Half of It — which is led by a queer girl — won the top prize at this year’s virtually judged Tribeca Film Festival. That movie was the follow-up to her feature directorial debut Saving Face — a 2004 romance that focuses on a lesbian relationship — a TIFF premiere that was later picked up by Sony Pictures Classic. Saving Face opened to an impressive per-screen average of $16,000 across six theaters; at its height, the movie was shown at 56 locations. When it came to The Half of It, Wu says, “I had three different financing options: One was Netflix, one was speciality theatrical and one was private equity that would go the festival route.”

For her sophomore feature, Wu hoped to reach the widest possible audience through streaming. “In reality, those people are never going to the go to the theater [for The Half of It],” says Wu. “This movie with no stars is not going to be a big mainstream movie.” 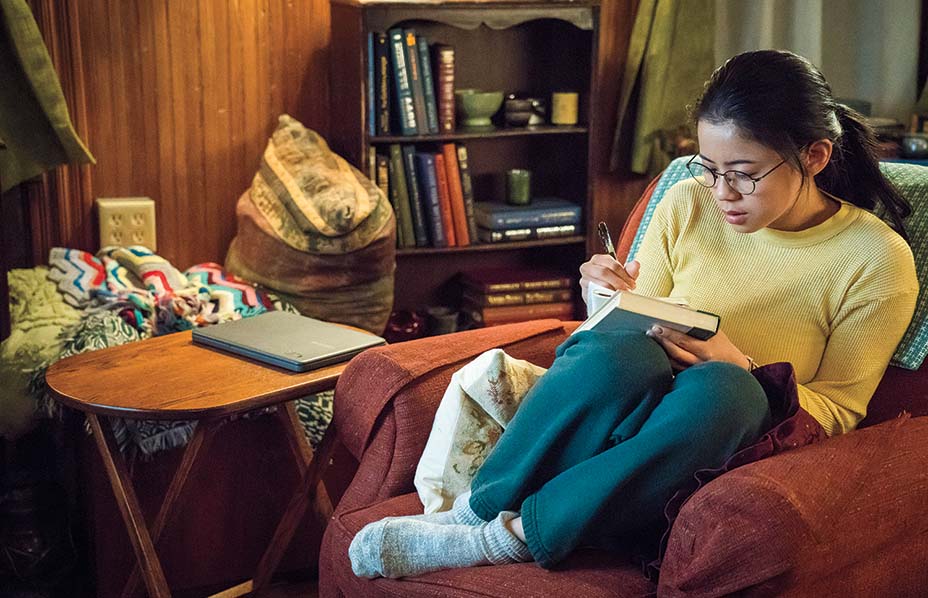 The Half of It is not Netflix’s first foray into coming-of-age queer rom-coms — Summer of Love included Alex Strangelove, which follows a high school boy coming to terms with his sexuality — and more original rom-coms are in development, like a project inspired by the life of Queer Eye star Antoni Porowski. Moreover, the contemporary studio space has not been completely devoid of queer romance. Love, Simon, Fox 2000’s 2018 YA title about a high schooler’s coming-out story, was directed by Berlanti and saw a North American gross of $40 million on a $17 million budget.

But, like Crazy Rich Asians, Love, Simon was based on a New York Times best-selling book. In this latest renaissance, an original — not based on pre-existing IP— rom-com about LGBTQ characters from a major studio has yet to hit the multiplex.

“I don’t know that the omission has been as intentional as it might seem,” says DuVall. “I think audiences are more open, and I think they have been for a lot longer than content has been provided for them.”