For composer Brian Tyler, Crazy Rich Asians offered plenty of laughs from its earliest cut, which came in at a little over three hours.

Director Jon M. Chu had to shorten scenes to make the film’s two-hour runtime, and of the material left on the cutting room floor, Tyler recalls numerous improvisational exchanges between Rachel (Constance Wu) and her eccentric college roommate Peik Lin, played by rapper and actress Awkwafina.

“Awkwafina would riff and create four or five different versions of the same scene,” Tyler tells The Hollywood Reporter. “I know Jon struggled in the editing room, which is a testament to the cast.”

The film is the second collaboration between Tyler and Chu, who last worked together on 2016’s Now You See Me 2. As work wrapped on that magician-focused movie, Chu was already setting his sights on Crazy Rich Asians. Chu called Tyler just before he left for Singapore, giving him the quick pitch for his ambitious project.

“Jon told me about the book and his vision for the film,” Tyler says. “Jon wanted to craft something that’s commercially successful and entertaining, but also culturally significant.”

Tyler chose to dive into Kevin Kwan’s best-selling novel instead of waiting for the screenplay, which allowed the veteran composer to gain deeper insight into the characters and discuss his vision with director Chu.

The story follows Rachel Chu, a brilliant, self-made woman who teaches economics at New York University. Rachel is whisked away to Singapore by her boyfriend, Nick (Henry Golding), who is a groomsman at a luxurious wedding set in his hometown. On the trip, Rachel discovers Henry’s true roots as a rich heir to a massive fortune, coupled with the fact that his wealthy family isn’t very warm to “outsiders.”

Chu’s vision for the project was very much that of a classic, or “throwback” Hollywood film as Tyler recalls. This allowed the composer to break with convention and go for something “more bold” with his music.

“Jon wanted the score to be something that could’ve been recorded in the 1950s,” Tyler says from their initial meetings. “The texting montage at the beginning of the film, where we see gossip travel from continent to continent, that was really the moment when we thought, ‘A jazz score would really be great for this.’”

Tyler’s last big band jazz score was for the 2001 film Plan B, starring Diane Keaton. The nearly two-decade gap allowed Tyler to return to “swing” reinvigorated and with fresh ideas.

“Once we decided on a jazz score, I was able to combine a full swing big band with orchestral strings, which makes the opulent party scenes feel even larger and more alive,” Tyler says. “On the opposite side, when the audience hears the character themes during the film’s emotional moments, the strings and piano help articulate the humanity and give those scenes a real gravitas.”

The film, hailed as a milestone for representation in cinema, is the first studio movie to feature an Asian director and an entirely westernized Asian cast since 1993’s The Joy Luck Club. So having a non-Asian composer may not seem like a natural fit. But having witnessed the positive reaction to Swedish composer Ludwig Goransson’s Black Panther score, despite having a different cultural background from the film’s African setting, Tyler wasn’t concerned about anything other than delivering an outstanding, jazzy score.

“Once Jon came to me and told me that I was person he wanted to tell this story with, it was all about the work,” Tyler says. “My biggest concern was delivering something worthy of the film.” 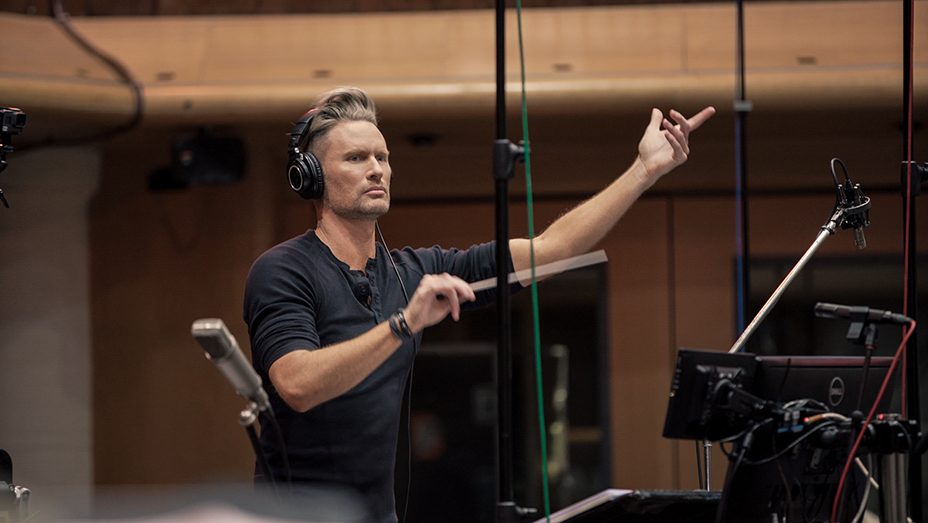 Tyler has also done his fair share of superhero films, delivering rich thematic material for Loki in Thor: The Dark World, as well as scoring Iron Man 3, and Avengers: Age of Ultron. The composer is looking forward to another collaboration with Marvel at some point, while also keeping an open mind to DC.

“It’s not as cut and dry as the fans think,” Tyler says of the difference between the two comic book rivals. “Whether you’re a fan or an artist, I don’t think you should have to choose one side or the other. I love working with Marvel. [Marvel head] Kevin Feige is a true creative force who also happens to be a friend, but I’m always open to both.”

On Friday, Sony Music releases Tyler’s score for Yellowstone, the acclaimed series from Oscar-nominated writer/director Taylor Sheridan, who is known as the screenwriter behind Hell or High Water and Sicario.  Tyler recorded the score, described as part folk and part mythological, at Abbey Road in London.

“When you think of the Old West, you think of fiddles, banjos, and dulcimers,” Tyler says. “Taylor and I were talking about the early immigrants coming to America, and the truth is, they’re going to be bringing their own musical tastes. You could have a violinist from Hungary who traveled out West… all that factored into the score, so you end up with something that’s not ‘on the nose’ for lack of a better term.”

Crazy Rich Asians is in theaters now. For more from the film, read THR‘s cover story that takes a deep dive behind the scenes. And see Tyler scoring part of the film below.