Conjuring the show-off parties, cars, fashion and food porn of Crazy Rich Asians was a ?stretch, even with a studio budget. Costume and production designers had to get creative to bring to the screen the characters’ billionaire lifestyles, from the old-money Young family’s museum-quality tropical deco aesthetic to the new-money tribe’s gilded flash. “It’s the details that suck you in and make you fall in love with this place and people and not just see them as a group of Chinese in Singapore,” says director Jon M. Chu of a film rich with visual treats, from frothy gowns to homemade dumplings, synchronized swimmers to lanterns hand-calligraphed with love poems.

“This is probably the first Hollywood movie to feature Peranakan, which is a strict style of decor of Straits-born Chinese,” says production designer Nelson Coates, noting the mother-of-pearl inlaid dark wood, and marble accents in the Young family home, a mashup of Chinese, Dutch and British colonial influences.

Jaw-dropping Singapore locations included the Marina Bay Sands SkyPark infinity pool (“It took nine months to get government approval to close it down to shoot,” says Chu) and Gardens by the Bay nature park, where the wedding reception takes place. “We designed beautiful, yard-long branches with LED butterflies and fireflies on the ends,” says Coates. “As the bride walks down the aisle, people pull them out from grasses and wave them, making it look like a total wonderland. I’m hoping that will resonate with people as something they’ve never seen before.” 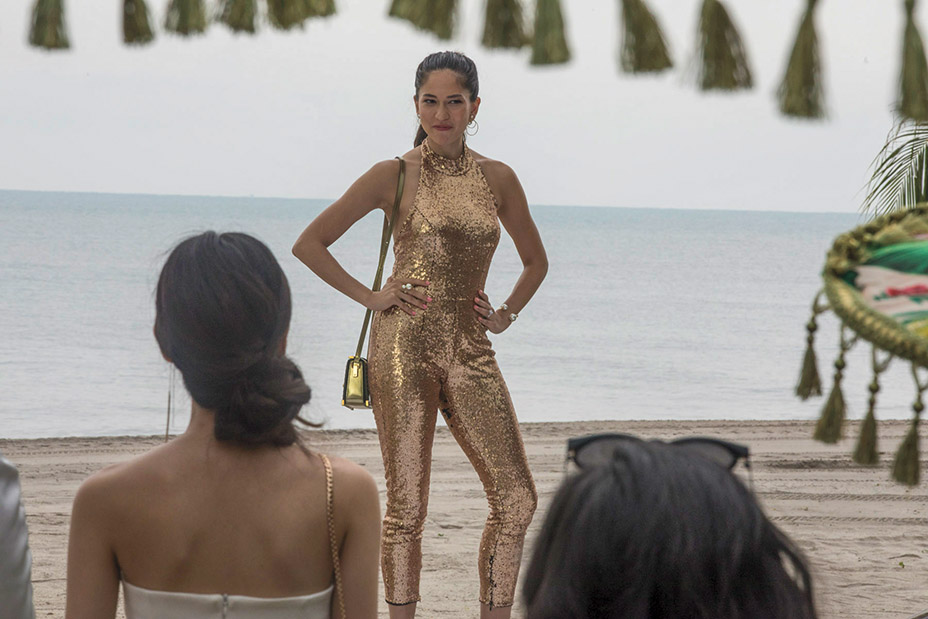 Other sets had to be built. For Colin’s (Chris Pang) bachelor party, rather than renting a super-yacht, they transformed a container ship. “Every time we flew into Singapore, we’d see hundreds of them,” says production designer Nelson Coates.

“I spent most of the budget on Gemma [Chan, who plays heiress Astrid] because she’s such a fashionista,” says costume designer Mary E. Vogt, noting that the shopping scene ?in Kuala Lumpur, Malaysia (where the production shot five of its eight weeks), is already cinematic: “I saw a baby shower at a Dior ?boutique with 15 women dressed in peach and ?pink tones. All the presents and food were also peach and pink.”

For the jewelry store where Astrid is introduced, Coates made over the Astor Bar at Kuala Lumpur’s St. Regis ?Hotel: “We took out the cocktail tables and wine cellar, put in shelves and glass cases to look like the most gorgeous bespoke jewelry store.”

When it came to stocking it with $2.5 million worth of jewels, Vogt got lucky. The local unit production manager was the son of a designer for Swiss-Emirati jewelry brand Mouawad, which loaned several pieces, including Astrid’s distinctive flower earrings. Jokes Chan, who praises the film’s “balance of aesthetics, drama and characterization,” of the gems: “They ?came with seven guards and cost more than my flat in London.” 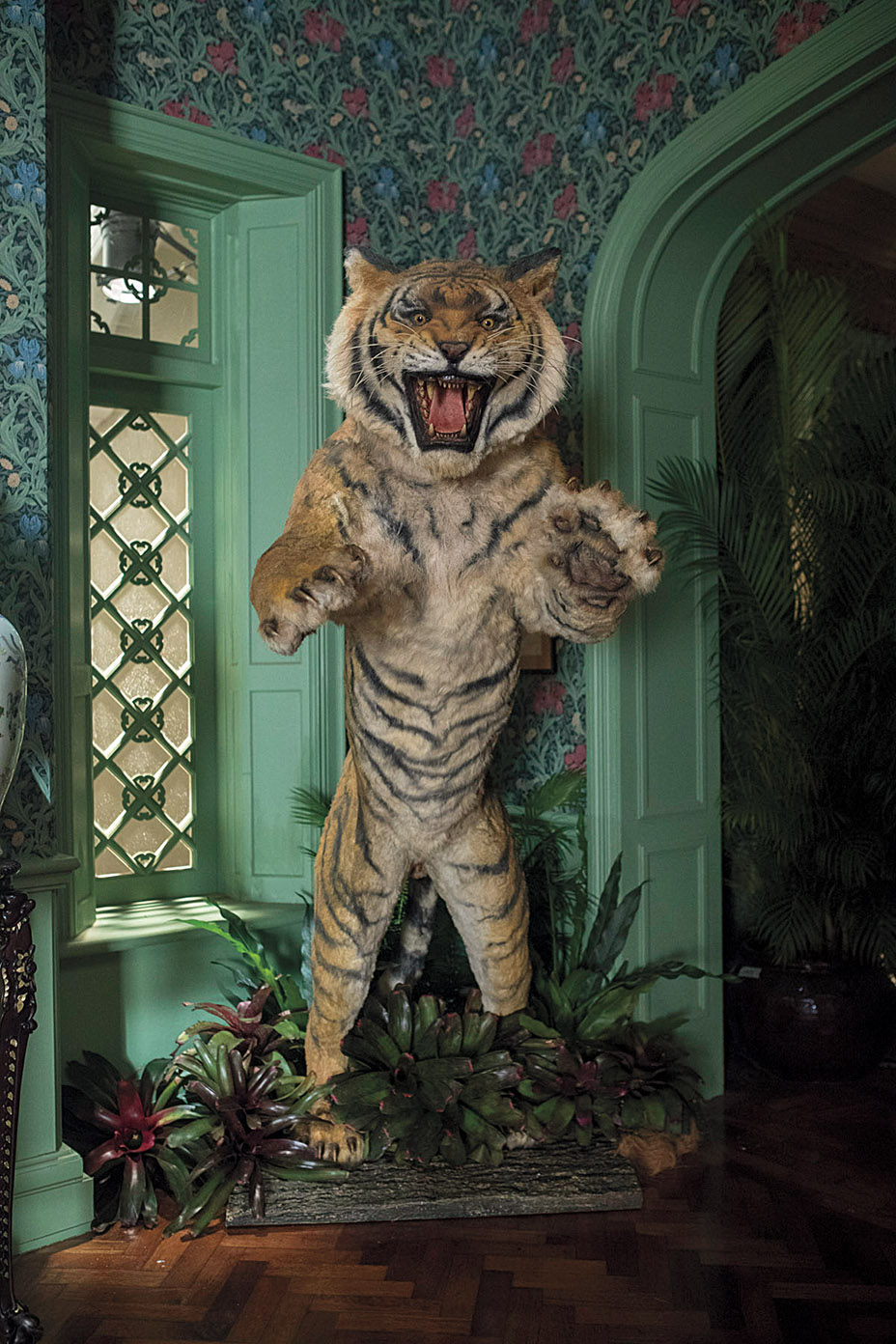 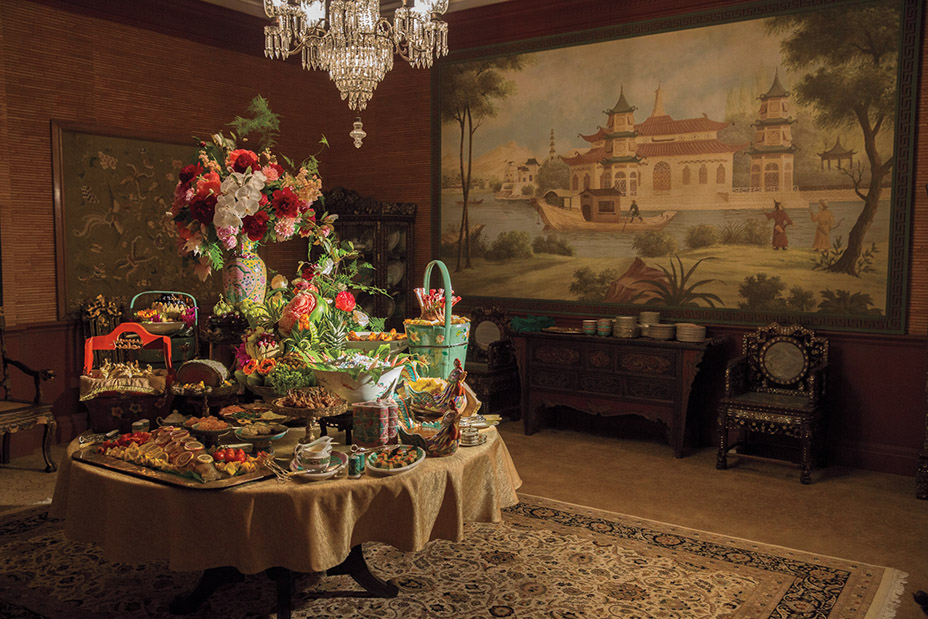 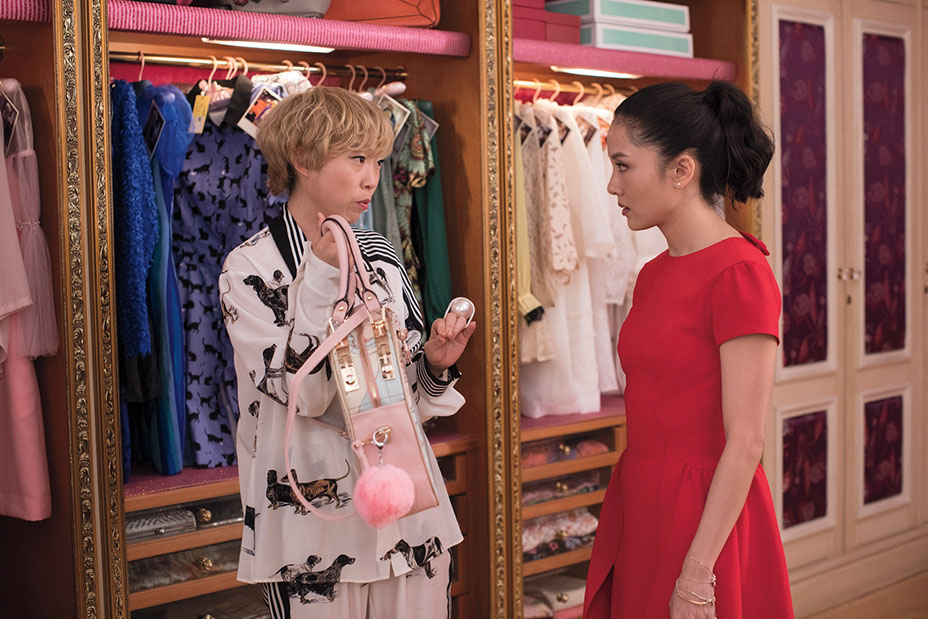 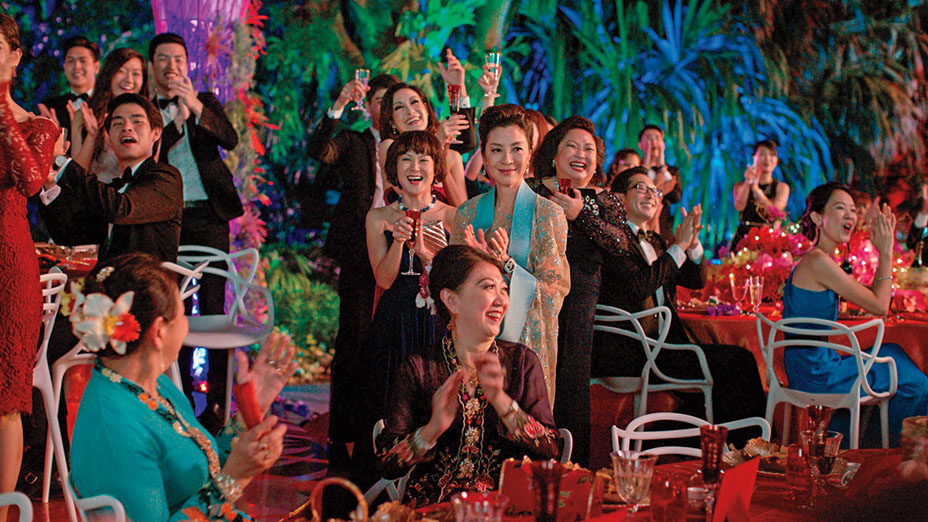 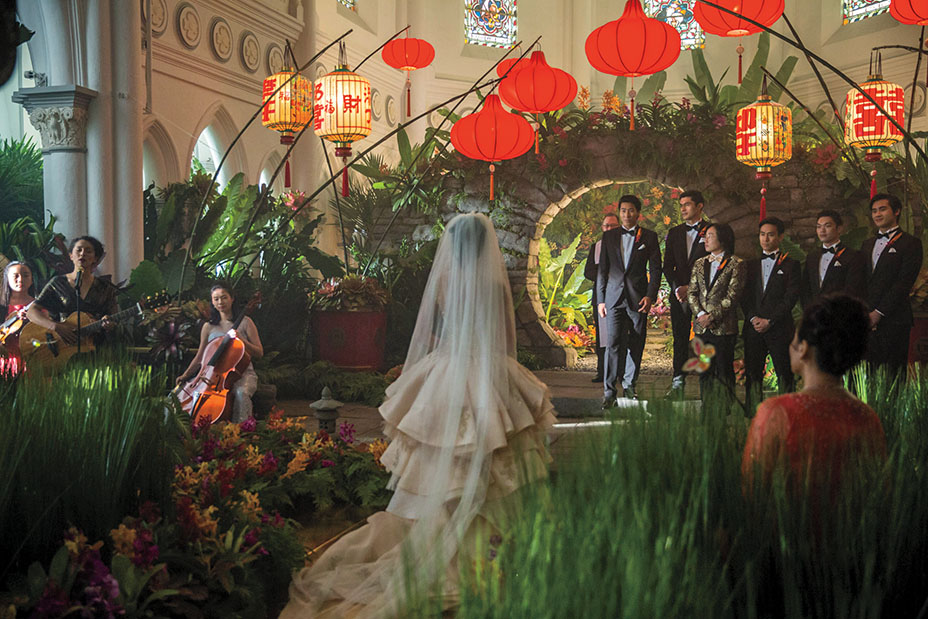