Crazy Rich Asians, the first Asian-American-focused studio film in 25 years, had a glittering red-carpet premiere on Tuesday night in Hollywood.

“Before [Crazy Rich Asians], I hadn’t even done a tiny part in a studio film,” Constance Wu wrote in a message posted to Twitter ahead of her big night. “I never dreamed I would get to star in one…because I had never seen that happen to someone who looked like me.”

The Fresh Off the Boat actress called her starring role in the film as a native New Yorker who travels with her boyfriend to meet his crazy rich family in Singapore “historic.” It was also historic to see an Asian-American leading lady commanding a premiere, pulling up to the Grauman’s Chinese Theatre’s special jade carpet in a Rolls Royce and wearing a gown embroidered with 200,000 crystals, a glamorous symbol of Hollywood’s move toward big-screen inclusiveness. 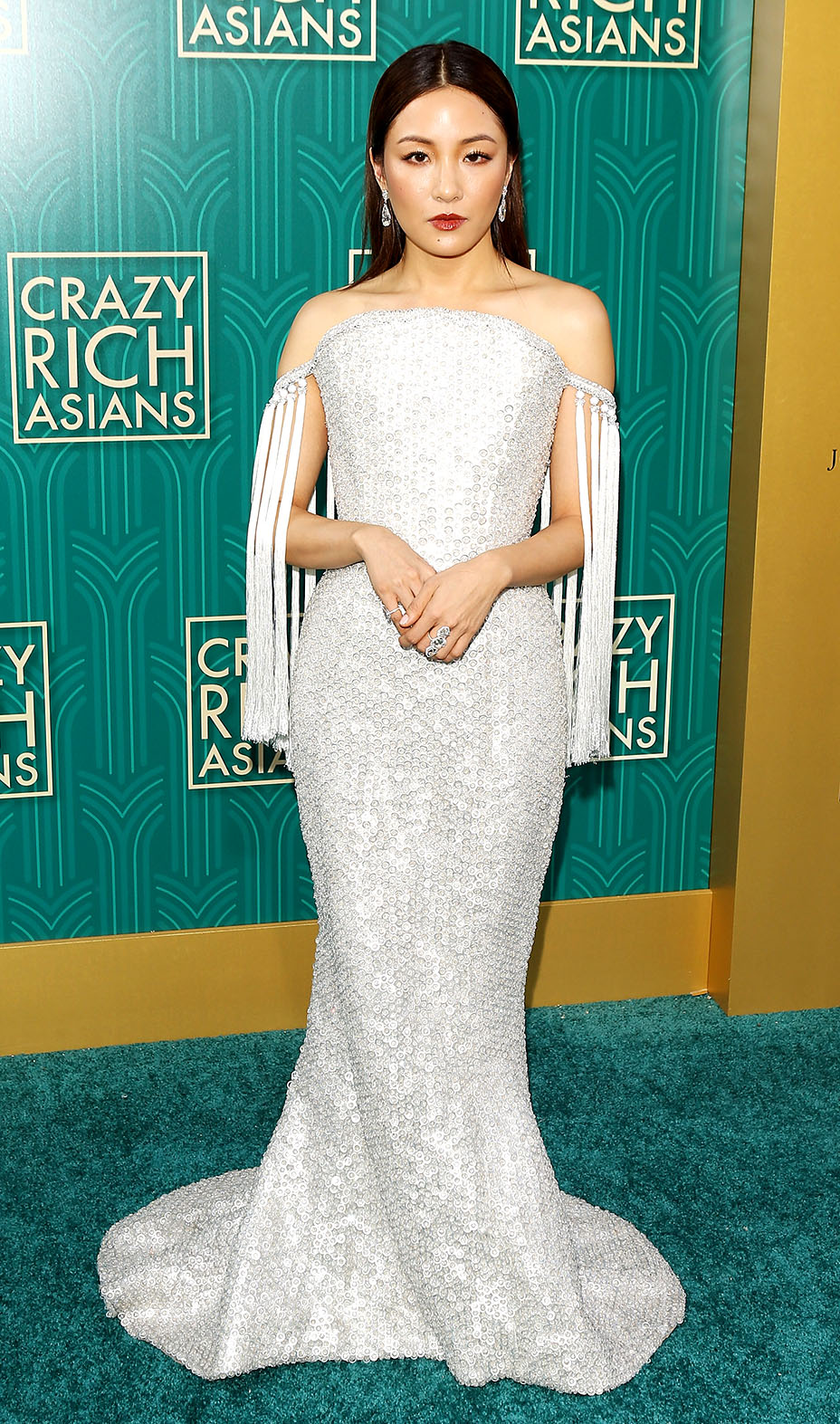 In this era of sociopolitical fashion messaging, one might have expected her to wear a gown by an Asian or Asian-American designer. Indeed, several such designers rallied to support the film and helped build buzz for its Aug. 15 release prior to the premiere.

“For as long as I can remember, I turn on the television or go to a movie, and [have] never been able to identify with the characters, because I never saw someone who looked like me. I’ve seen Asians typecast, miscast, or fully ignored. Until now,” Nepalese-American designer Prabal Gurung said July 27, when he hosted an advance screening of Crazy Rich Asians in New York City, alongside other key players in the Asian-American fashion community, including designers Joseph Altuzarra, Phillip Lim and Instagram fashion director Eva Chen.

Instead, Wu wore a silk fringe gown by British-based fashion house Ralph & Russo. “This movie is so important for so many reasons, and I felt that Constance should look both powerful and glamorous,” her stylist Micaela Erlanger told Vogue.

The only female castmember to tap an Asian-American designer for her red-carpet look was Gemma Chan, who wore a glittery dress by Oscar de la Renta, which was co-designed by Fernando Garcia and Laura Kim, who was one of the hosts of the New York screening. Director Jon Chu and actor Jimmy O. Yang both wore jackets by Asian-American menswear designer Ge Wang, founder of ESQ in Chicago.

Still, the missed opportunity to shine more of a spotlight on representation in fashion has some in the Asian-American design community fuming. “After seeing how powerful the Black Panther press tour was, and the cast using their platform in a visual way, addressing issues of representation … That’s what we would have loved to have happened with Crazy Rich Asians,” said one industry insider who asked not to be named. “Constance talks so much about representation, but there is no show for it,” griped another. 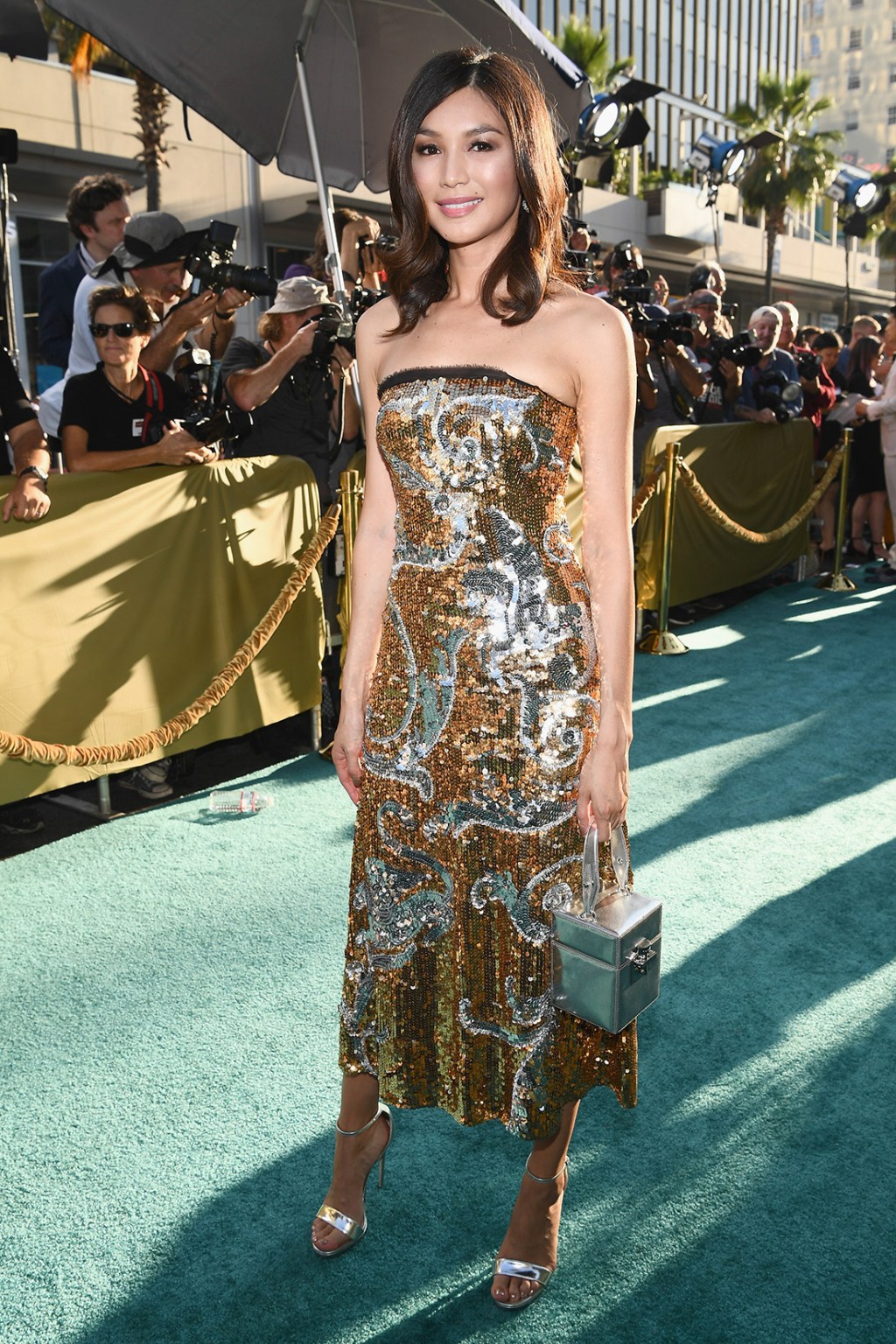 (It should be noted that at the Black Panther premiere at the same spot in Hollywood, the film’s star Lupita Nyong’o, who shares a stylist with Wu, wore a gown by Italian luxury stalwart Donatella Versace, not an African-American designer, though she has supported African and African-American designers in the past. David Oyelowo chose a traditional African tunic, while Chadwick Boseman chose a black, gold and purple printed shirt.)

Over the past decade, Asian-American designers have made great strides in the white-dominated fashion industry, as evidenced by the success of Alexander Wang, Phillip Lim and Jason Wu, who rocketed to fame after designing Michelle Obama’s first inaugural ball gown. Gurung, who has spoken passionately about political issues, including feminism, is a regular red-carpet go-to who dressed both Kerry Washington and Issa Rae for the 2018 Golden Globes. And Altuzarra crafted Evan Rachel Wood’s awards-season wardrobe last year.

Crazy Rich Asians castmembers have been using their platform to talk about representation in Hollywood, in publications like The Hollywood Reporter and others. Should they be obligated to use that platform to shine a light on representation in fashion, too? It’s an interesting question. On one hand, it would have been a headline-making boost to other Asian-Americans who have forged a path in pop culture ahead of them. And for that, the fashion industry would certainly have been grateful.

But what Tuesday’s premiere seemed to really be about was normalizing Asian-American actors in the context of the classic Hollywood glitz one expects to see at a big studio premiere. It was about having them stroll along the Hollywood Walk of Fame, where it should be said that among 2,000-plus stars, less than 1 percent of those are Asian.