Sandra Oh, Hilary Swank, Michelle Wolf, Lili Reinhart, Lana Condor and Diane Guerrero were among those in the entertainment industry selected for Create & Cultivate’s 100 list of powerful women this year.

The online business site also honored pioneers in beauty, from Rosie Huntington-Whiteley to Tess Holliday, and those in music, including Hayley Kiyoko, Tori Kelly and Ashley Tisdale. The women gathered on Thursday to fete the accomplishment at Milk studios in Los Angeles, where Tisdale told THR, “I’m all for girl power.”

The Disney television star turned musician said she was especially proud to be recognized in the music category (her third album Symptoms will drop this year and her single “Love Me And Let Me Go” debuted Friday).

“[My album] deals with dark undertones like anxiety and depression … it’s me talking to my anxiety. It’s about me taking back my power,” Tisdale told THR. “It’s the most authentic thing I’ve ever done in my career.”

While Tisdale is able to write about her experience with mental health — “Being in a studio in a safe place, it’s something that’s just you. It’s a personal thing”— talking about it still makes her feel vulnerable, she said. But she wants to help remove the stigma associated with the word depression “because anxiety is very acceptable right now but, for some reason, depression isn’t and I think they go hand in hand.”

She continued: “I was crying, I was telling my husband, ‘It’s just so scary.’ And he’s like, ‘But this is why you’re talking about!.’ It was one of those moments where it’s hard sometimes to be vulnerable, but it’s important to talk about it. If I could just be a part of people starting the communication and telling their feelings … that’s all I can do as an artist.” 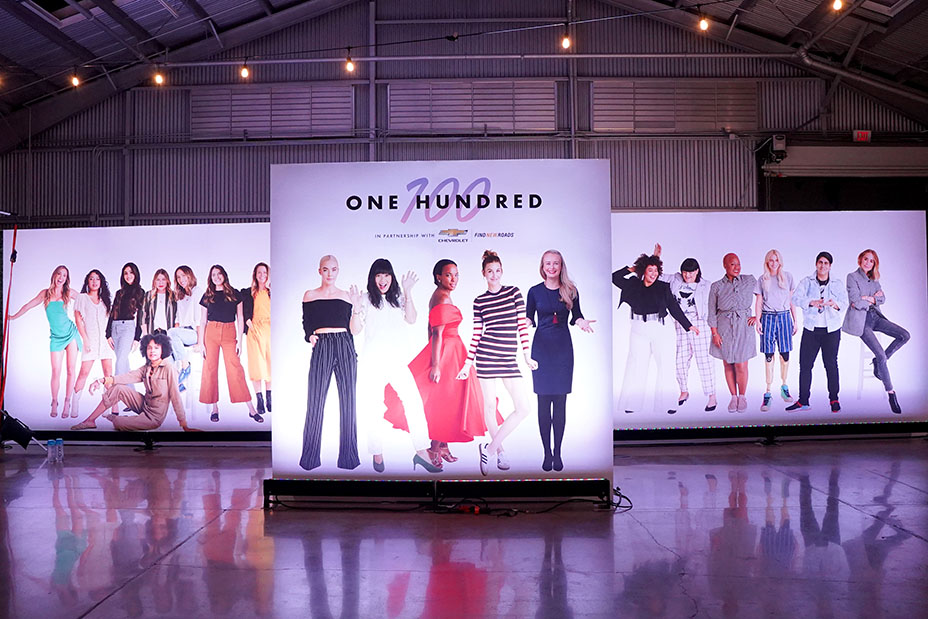 Swank was proud of how she developed her clothing brand, Mission Statement, outside of her work as an Oscar-winning actress. “[It’s] completely different than my own acting brand,” Swank told THR. “I didn’t take any course in business, so for me this is really jumping into the deep end. But I love it and it’s something that I really wanted to do, something I felt there was a huge need for, luxe leisure and taking athleisure to the next level.”

Attendees of the Chevrolet-sponsored event — including Huntington-Whiteley, Whitney Port, former E! host Catt Sadler, fashion designer Anine Bing and Beautycon founder Moj Mahdara — celebrated at the studio with burrata bites and Big Mood Mules, Royal-Teas with whiskey and sweet tea, sparkling rosé and Chandon Aluminum Sweet Star wine blend. Guests could interact with a pink video booth or press a button in the wall to have a gloved hand deliver a Milk Jar cookie from behind a curtain (as the DJ pumped Katy Perry’s “Swish Swish”).

Footwear designer Tamara Mellon, honored in the fashion category, told THR: “I love being surrounded by all these female founders and great thinkers. They’re all pioneers.”

And the shoe mogul’s advice to young entrepreneurs? “Take risks. We often say in my office that the risky way is the safe way.” 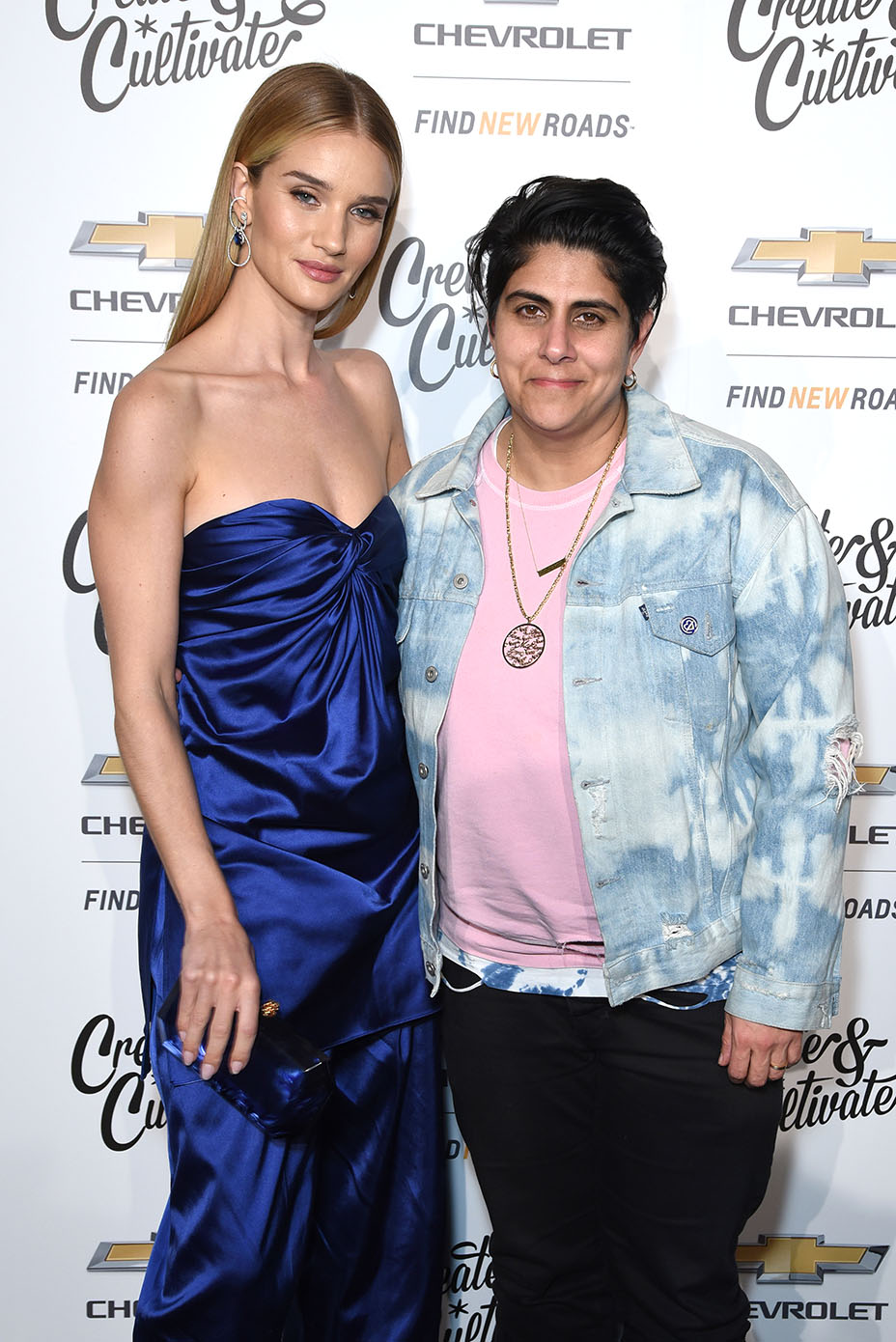