If a regular murder can be solved by a run-of-the-mill private eye, then it only stands to reason that the murder of a deity requires something a little more unusual, which is exactly what can be found in the upcoming Cosmic Detective.

The graphic novel — which launches a Kickstarter campaign today — marks the latest collaboration between longtime friends Matt Kindt (MIND MGMT, Bang!) and Jeff Lemire (Black Hammer, Gideon Falls), and the first time they’ve worked together on a property that they own, alongside artist David Rubin (Beowulf), whom both have worked with previously.

“Matt and I have had a chance to collaborate in the past, but never to create our own world and our own mythology,” Lemire said in a statement about the project. “We wanted to make something weird and mysterious, a world filled with big ideas that we knew David’s insane visual imagination would thrive in.”

The result is Cosmic Detective, a story the three have been working on in secret for two years that Kindt describes as channeling “Jack Kirby, David Lynch, and Raymond Chandler. It’s a story grounded in noir that ultimately becomes absolutely cosmic-bonkers insane.”

Cosmic Detective tells the story of a seemingly everyday gumshoe with an unexpected client and an unexpected case. For years, he’s been working for an underground group dedicated to keeping the peace with strange and unusual cosmic forces, and now he’s looking into the suspicious death of a literal God. Even if he discovers who’s behind the crime, will his mind be able to withstand what he’s learned?

The crowdfunded exclusive edition of the book will be an oversize hardcover with features that will be absent from any future version, including exclusive artwork. “One of the reasons that we’re bringing Cosmic Detective to Kickstarter is that it allows us to create cool extras that we could not do with a traditional publisher,” said Kindt. “For the Kickstarter we’re making Cosmic Detective playing cards, featuring David Rubín’s eye-popping character designs.” The cards will be unavailable outside of the Kickstarter campaign.

More information about Cosmic Detective and the Kickstarter campaign can be found here. See below for previews of Rubin’s artwork from the book. 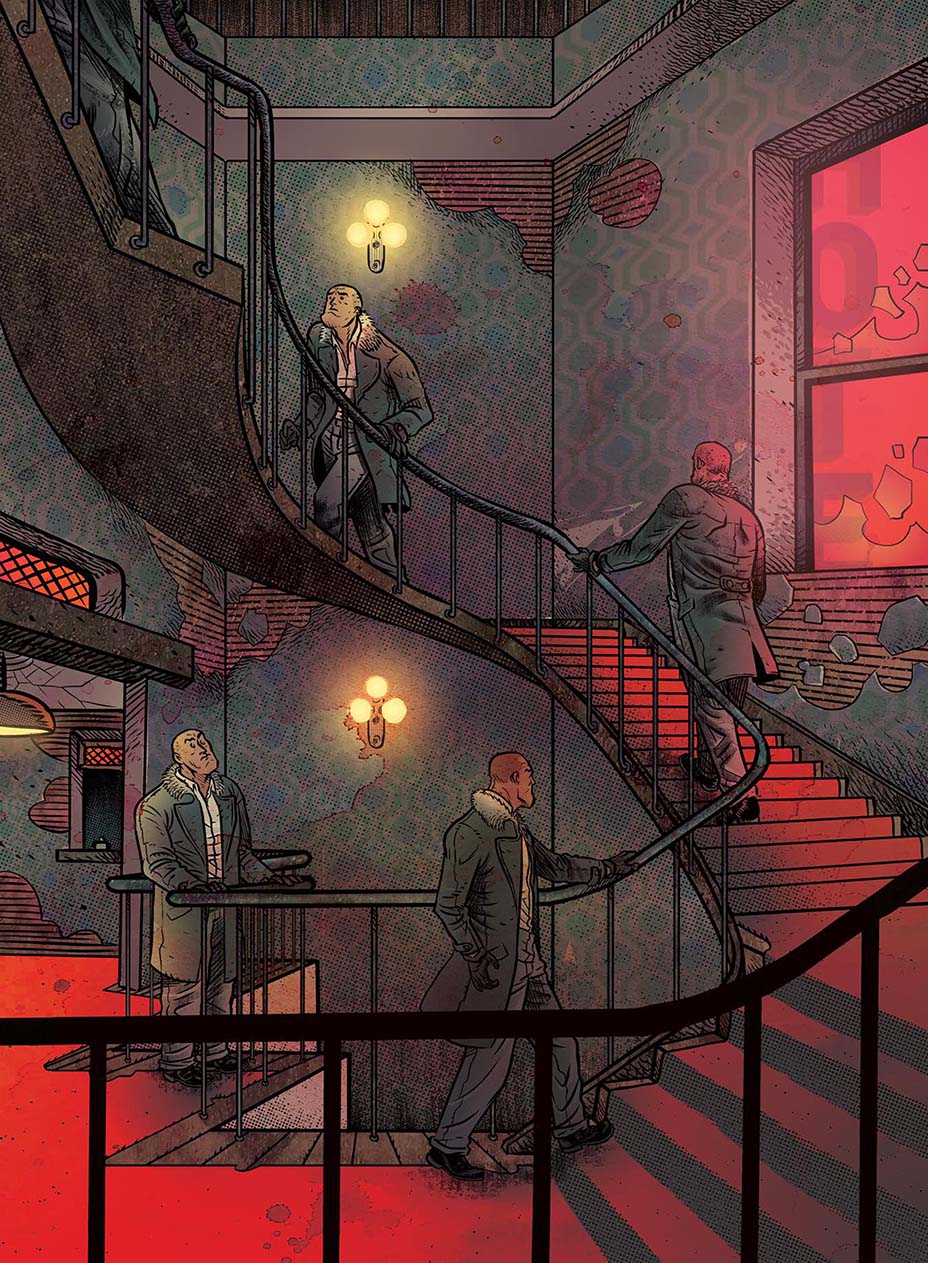 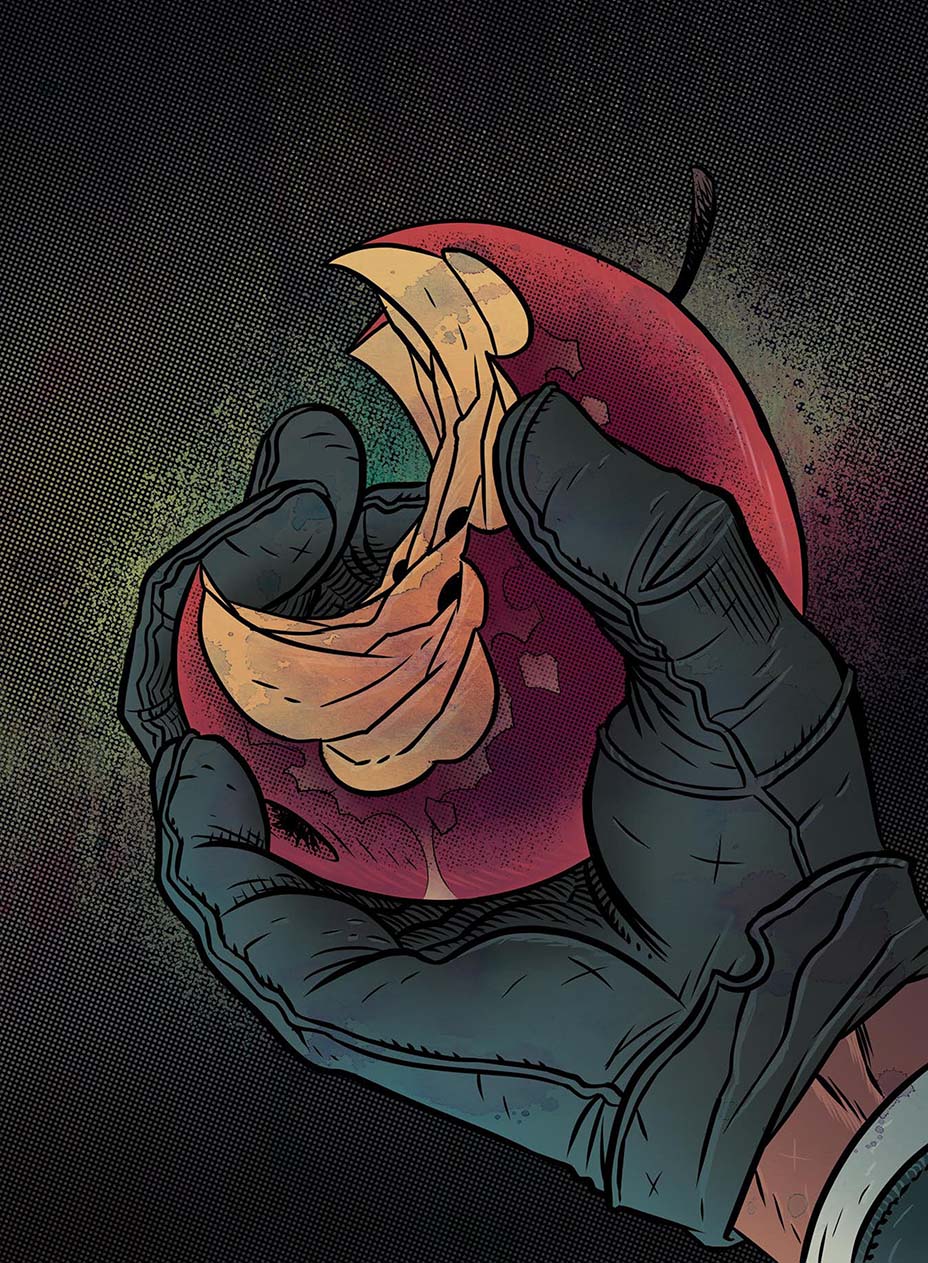 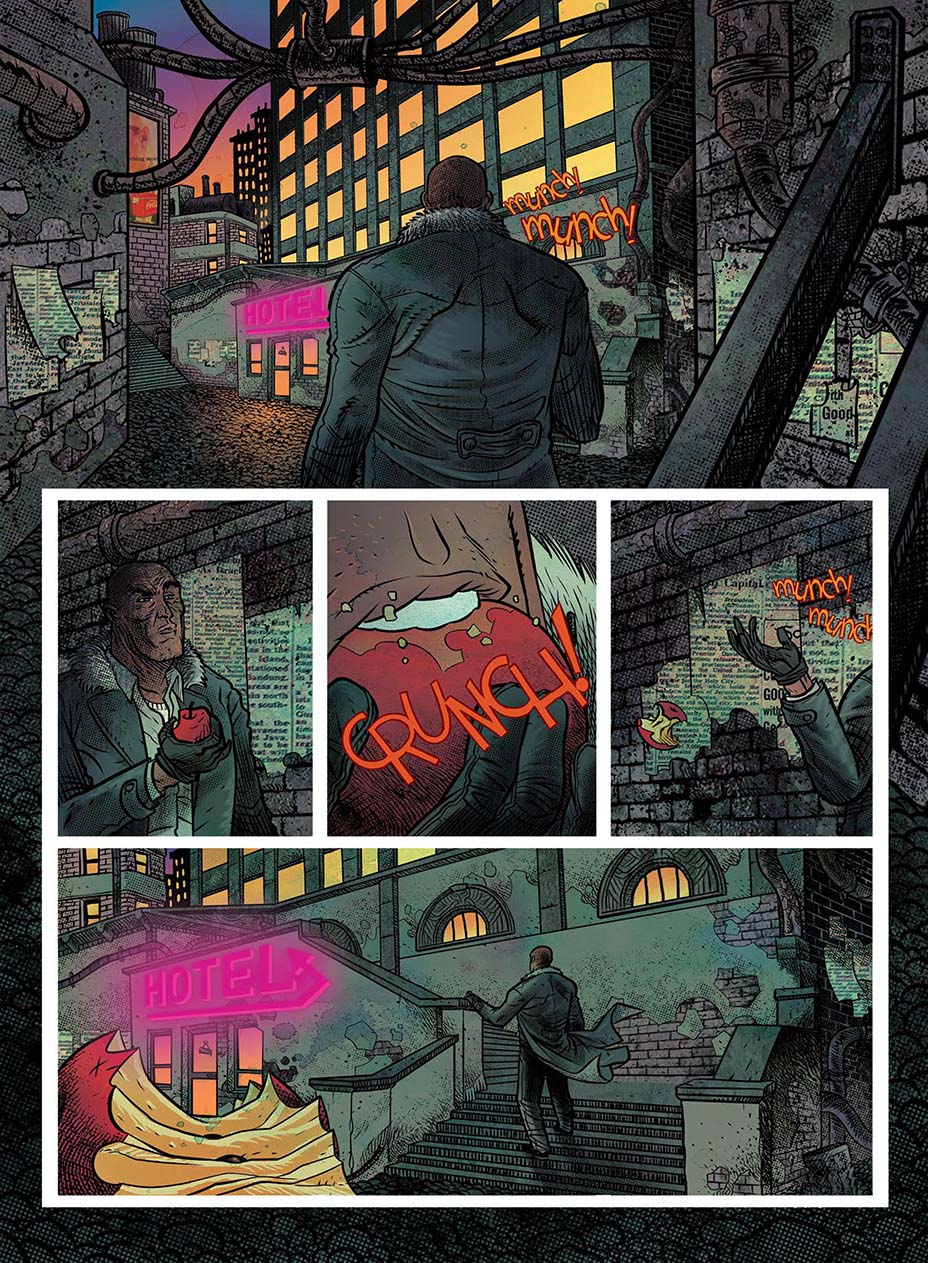 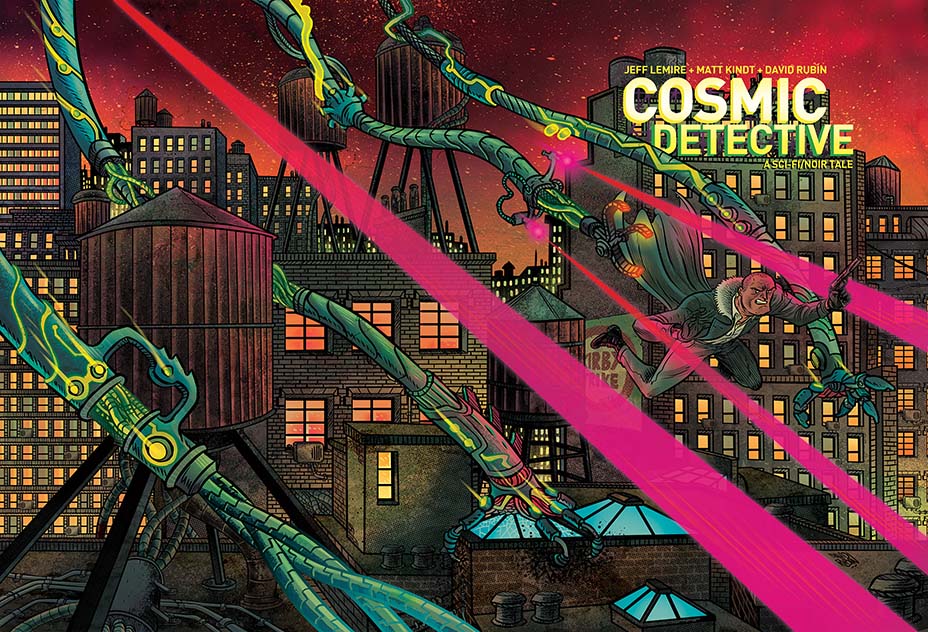 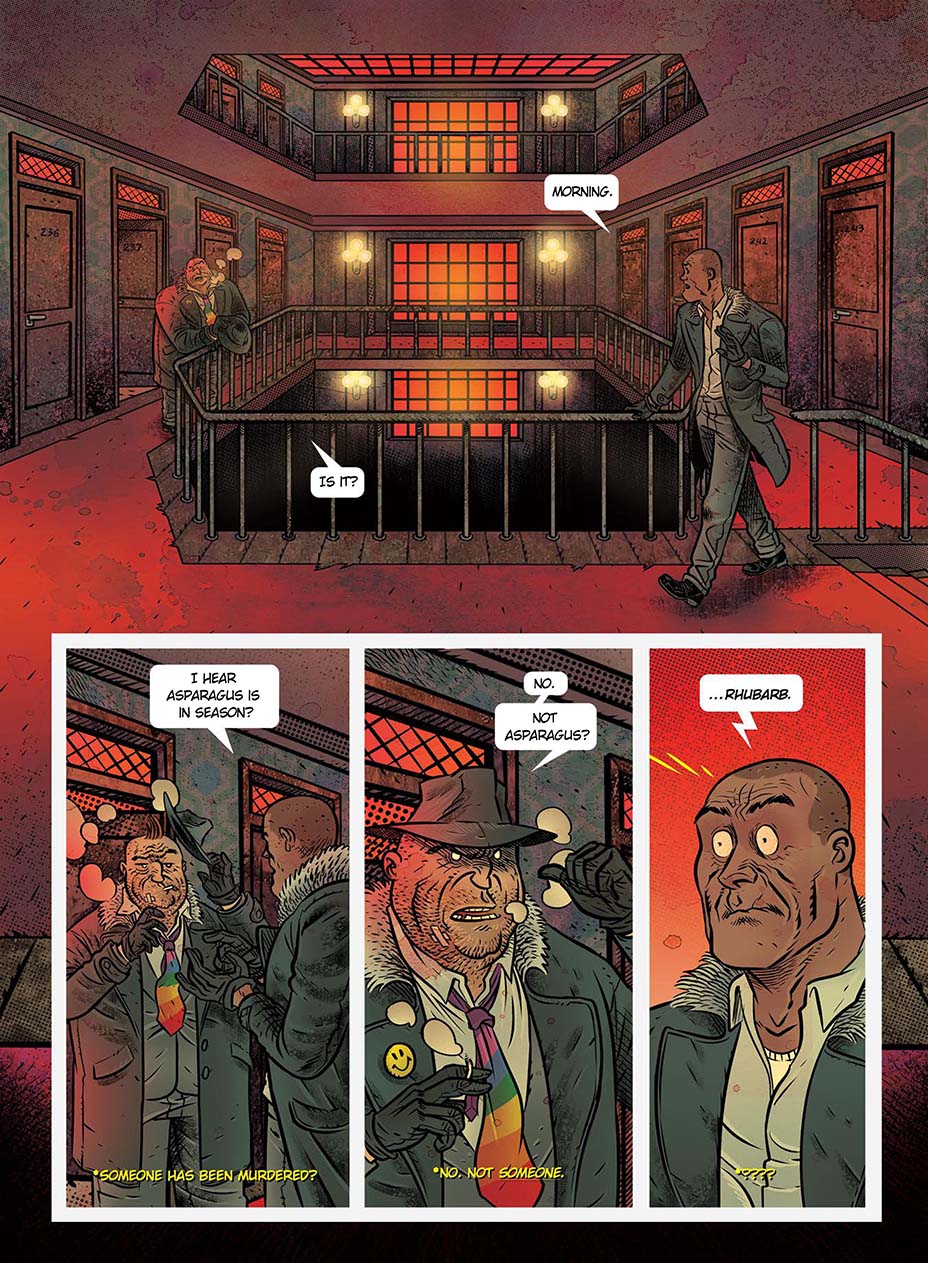 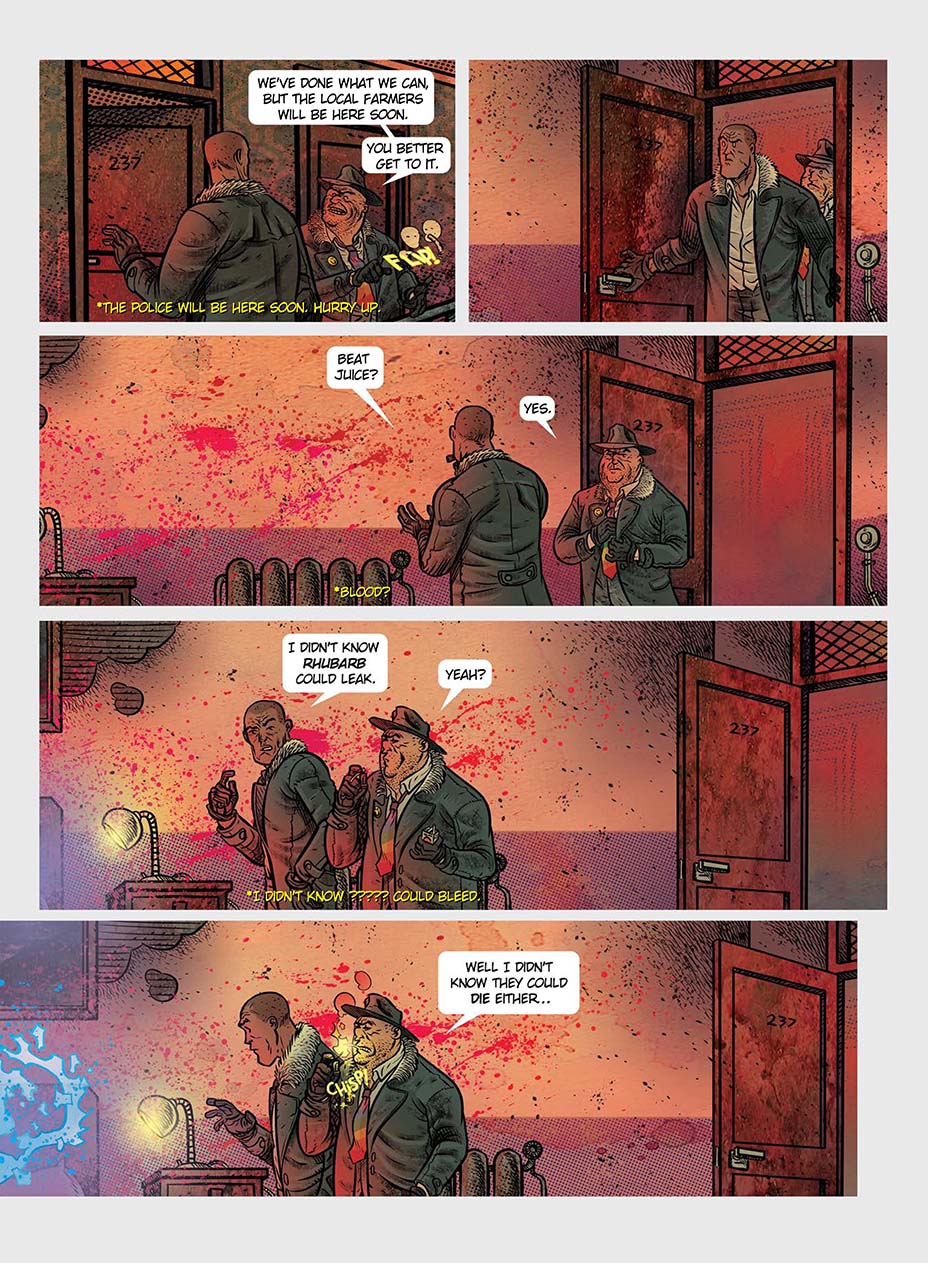