Peter Morgan has a thing for Queen Elizabeth II. He first delved into her world with 2006’s The Queen, which won Helen Mirren an Oscar for the titular role. He and Mirren again revisited the subject with the play The Audience (for which she won a Tony). But there was more left in the well for the 54-year-old British screenwriter, so he created The Crown, Netflix’s big-budget drama that stars Claire Foy as a young version of the queen. “Instead of becoming less and less interesting, it just became more and more,” says Morgan, who is finishing the second season. He took a quick break to talk to THR about his royal fixation.

What were your original plans for the series?

My initial vision was that it would be three seasons: one season would be the young queen, one would be the middle-aged queen, and one would be the older queen. Very quickly you realize, “Oh, my God, there’s so much more than this.” So we’ve done the first two seasons with the young queen, and now we’re in the process of contemplating whether we might go on the journey even further. We’ve taken Claire as far as she would go agewise. We then have to begin the process of thinking about a new queen to take us forward.

What is it like to have to recast the actors?

Heartbreaking and challenging but potentially exciting. Of course, emotionally, I’ve grown incredibly fond of the actors. But when they move on, they have to let go of the character — I don’t.

Are you looking for big names?

It’s hard to get a middle-aged actor to come out of nowhere. But in England, we’re blessed with a large pool of accomplished actors. The great thing with Netflix is that they aren’t saying, “We will greenlight this show if you get a star.” They don’t think like that, which is such a joy. I can say, “I’ve got Claire Foy, who is totally appropriate for the part,” rather than try to persuade a very well-known American actress to come over and do an English accent.

Rivals Grouse as Netflix Shakes Up Emmy Season: "It's Become a Free-for-All" 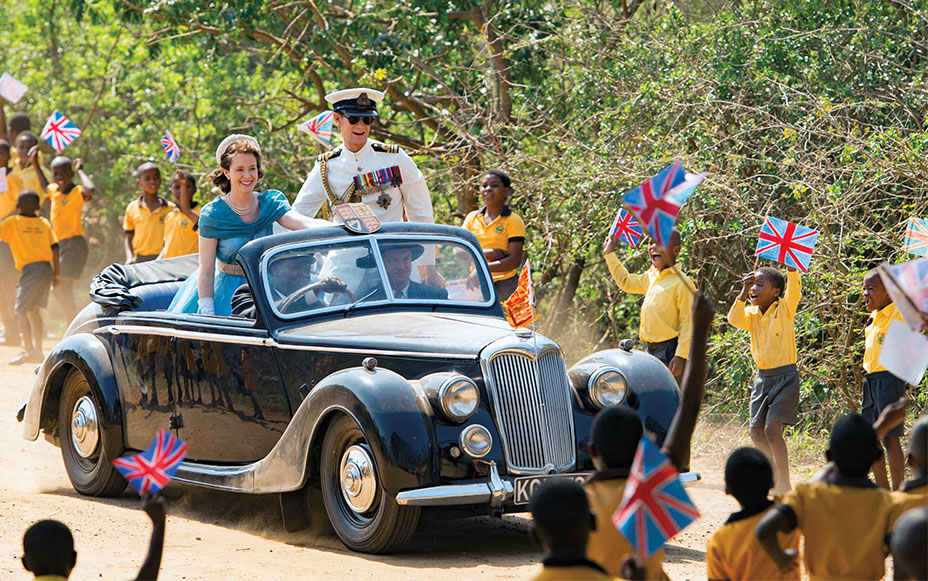 Why did you decide to take the show to Netflix?

I loved the idea because all I knew was that it was new, and I felt hugely invigorated by that. Of course, the whole Netflix landscape has changed dramatically, and they’ve become so much more established in the market. But at the time I pitched [The Crown] in January 2014, it was more of a step into the unknown. That felt like it would energize what was an otherwise quite traditional subject matter. And it’s been watched by my children and my children’s friends, and it’s come to their school in a way that conventional TV probably wouldn’t have.

Does Netflix share any of the viewership data with you?

They didn’t, but they repeatedly reassured us how thrilled they were. I didn’t ask them for specific numbers.

I don’t want to know. I’m not a businessman. I want to know if the people who have paid for it are happy. In that sense, I’m responsible. To be liberated from the specifics of the numbers is such a joy. I think most filmmakers would be thrilled to be liberated from the tyranny of opening-weekend numbers. If Netflix is thrilled, and I’m getting a lot of emails, that’s good enough.

'American Gods' Showrunners: "We Are All Priests to the Cult of Media" (Guest Column)

The fact that I know that people are watching this in two- or three-episode chunks has really affected the way I write the show. When the viewer is sitting there, instead of thinking, “If I carry on watching, I will get more of the same,” I’m constructing more of a cliff-hanger because people don’t know which way it’s going to go. Sometimes I write episodes in couplets, sometimes I’ll write them in trios, sometimes I’ll write self-contained, stand-alone episodes. By shaking it all up, it works much better in a streaming model than if you were to have weekly installments.

There are reports that the queen has watched and likes the show. Do you know if that’s true?

I don’t. You do hear these rumors. I never know whether to believe them. In my own heart of hearts, I sort of want to pretend that she hasn’t watched, and I hope she never does because then I can say, “I don’t know.” Not knowing is the best way. I want them to have that privacy, and I want us to have our privacy, and I don’t want to feel that I’m writing this at all to get their approval. I don’t want them to feel disappointed. I think it’s good when both sides have their independence.