When the Silicon Valley writers room reconvened last summer to start breaking new storylines for the HBO comedy’s fifth season, bitcoin fever was just beginning to take hold. The cryptocurrency then better known as the official tender for the less-than-savory side of the internet was in the midst of a surprising rise in value, skyrocketing from less than $1,000 per coin to well above $2,000 during the first half of 2017. “When we started writing, we would talk to people and they were like, ‘Oh, you have to do a cryptocurrency storyline,'” recounts co-showrunner Alec Berg. His response was something to the effect of, “I don’t know if anybody’s going to even know what that is.”

That all changed in late 2017, when the price of a single bitcoin hit $19,000 and cryptocurrency millionaires were minted overnight (the Winklevoss twins, very early investors, were reported to be bitcoin billionaires). Berg, who invested some of his own money into the space at the behest of his tech executive brother, says, “I listen to news radio in the morning, and it’s now become the Dow, the Nasdaq and bitcoin.” Silicon Valley now has an episode, airing May 6, devoted to the topic.

Berg is not the only industry insider trying to navigate the sudden boom of bitcoin. Though the price of the coin has settled back down under $10,000, the attention on the space has given rise to a small group of entertainment players who are exploring how to bring crypto — and the technology that supports it — to Hollywood.

In some cases, it’s simply stars investing in or endorsing nonindustry-focused crypto ventures. For example, last year, well-known tech investors Ashton Kutcher and Mark Cuban both poured money into a digital currency called UnikoinGold. Jamie Foxx promoted a cryptocurrency exchange called Cobinhood, whose founders have since apologized for giving some investors preferential treatment. But there is also a handful of nascent startups with plans to use cryptocurrency to help finance, market and distribute films — including one crypto-centric financier called MovieCoin started by Birdman and Black Mass producer Christopher Woodrow. 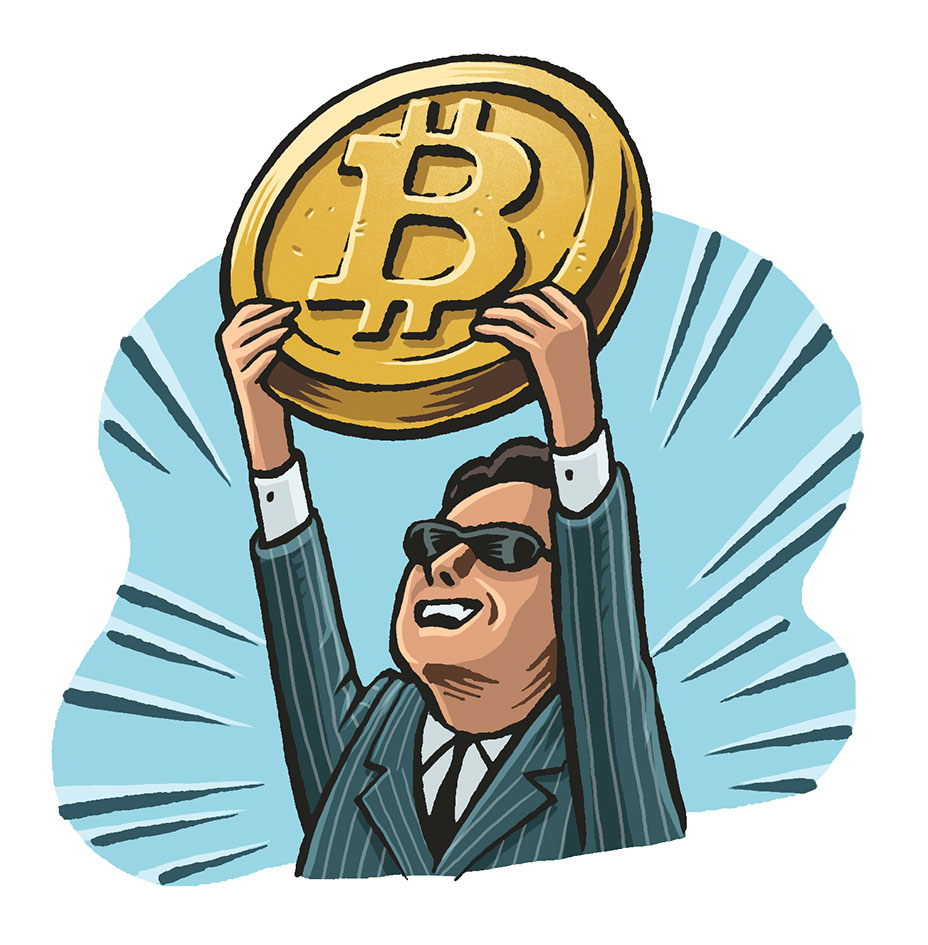 Bitcoin launched in 2009 from the brain of Satoshi Nakamoto — a pseudonym for the person or group of people who originally laid out the rules for the first cryptocurrency, which would not be tied to the value of gold and would not be managed by a central bank. Early supporters were drawn to the decentralized processing system and the commitment to transparency, but for many years, the general public knew bitcoin (if they knew of it at all) as the only currency accepted on the dark web black market Silk Road, where it was used to buy drugs, firearms and other illegal goods.

Like many investors, producer J.D. Seraphine was skeptical of cryptocurrency at first. “I had friends trying to get me to buy it,” says Seraphine, whose first credit was on the 2010 dark comedy Hesher, starring Natalie Portman. “My gut said, ‘Do it,’ but my head was like, ‘Why would you put $10,000 into this thing you’ve never heard of that you don’t understand?'” Eventually he saw an opportunity to use cryptocurrency as a new means of financing films, especially as it became harder for midrange projects to land studio support amid declining ticket sales. Seraphine is putting this idea to the test with Atari, an upcoming biopic about the life of video game pioneer Nolan Bushnell, which his Vision Tree is producing alongside Avery Productions and Leonardo DiCaprio’s Appian Way.

The plan is to raise as much as $40 million from fans through an initial coin offering — or ICO, a play on the initial public offering that companies go through to begin trading on the stock market. In a process similar to that of more conventional crowdfunding, Vision Tree will sell an asset known as a Bushnell Token to investors, who will get a cut of the film’s profits in addition to some power over casting decisions and other aspects of production. “We have the opportunity to really democratize the process and give people the opportunity to co-own the project,” says Seraphine, who bought the rights to Atari after it went into turnaround at Paramount.

Later this year, the bitcoin-themed romantic comedy No Postage Necessary will become the first film to be released using the so-called blockchain technology that powers the crypto world. “Hollywood has always been a little slow to adopt new technologies,” says Jeremy Culver, the director and co-producer of the indie project. When the film is released in June, it will use blockchain — essentially a decentralized global computer network that keeps a public record of every transaction — to process cryptocurrency payments for the film. The technology, he says, “isn’t this magic bullet for filmmakers that someday is going to replace the Hollywood system. But I think it can supplement the Hollywood system.”

When crypto supporters like Culver and Seraphine talk about their plans, they regularly bring up the problems that the currency and its technology solve: It opens the process to people who would not typically invest in a film, and digital tokens like the Bushnell coin can be programmed to automatically pay investors their share of profits immediately after a movie is released, cutting out the cost of hiring staff to handle such transactions. 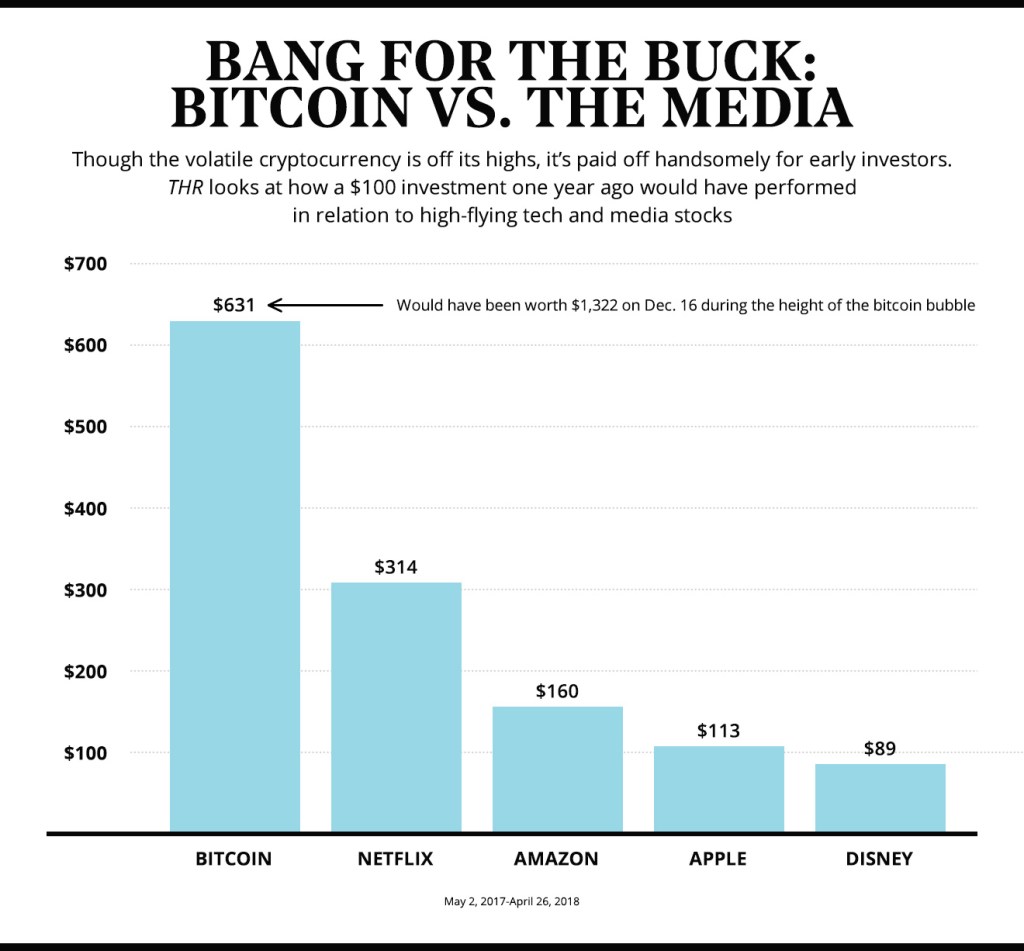 Still, in an industry where profit-focused execs favor sure-bet sequels and reboots over expensive creative risks, it’s hardly a given that an obscure and complex new financing or distribution system will find support. Further complicating matters is the growing risk of running afoul of the Securities and Exchange Commission, which could put an entire project in jeopardy. In March, cryptocurrencies that offer their assets as securities were required to register with the SEC, a move largely seen as a precursor to a coming wave of stricter regulations. “It’s a very challenging time to be in the U.S. and be attempting something in the cryptocurrency space because the government is sending a message to the community that the U.S. is not a safe place to do business,” acknowledges Seraphine, but he insists that Atari is taking steps to protect its financiers. “It’s an opportunity to do something that’s unique and revolutionary. It’s our hope that it will be well worth it.”

Bold-faced names who have invested in or endorsed cryptocurrencies or ICOs are also facing heat. As part of the SEC’s crackdown on the industry, it charged two tech entrepreneurs with swindling thousands of investors out of $32 million through their sale of a digital currency that Floyd Mayweather and DJ Khaled had at one time promoted. And rapper-producer 50 Cent was forced to admit to a bankruptcy court that he did not become a bitcoin millionaire after reports alleged he made up to $8 million by accepting the currency as payment on his 2014 album, Animal Ambition. (“So long as a press story is not irreparably damaging to my image or brand, I usually do not feel the need to publicly deny the reporting,” reads a court document he filed in February.)

Given its volatility, business managers across town are even going so far as to counsel clients against investing in cryptocurrency altogether. Eric Fulton, whose firm works with such Hollywood names as Channing Tatum, Miles Teller and Michael B. Jordan, says he received dozens of calls and emails from clients last winter during the height of the bitcoin bubble. “I was able to talk most people out of [investing],” he says, laughing. He cautioned those who did invest to allocate only $3,000 to $5,000, though he notes that the majority lost money since bitcoin’s value dropped soon after. “They knew even before asking me that it was kind of crazy. But with the excitement, they just didn’t want to miss out.” 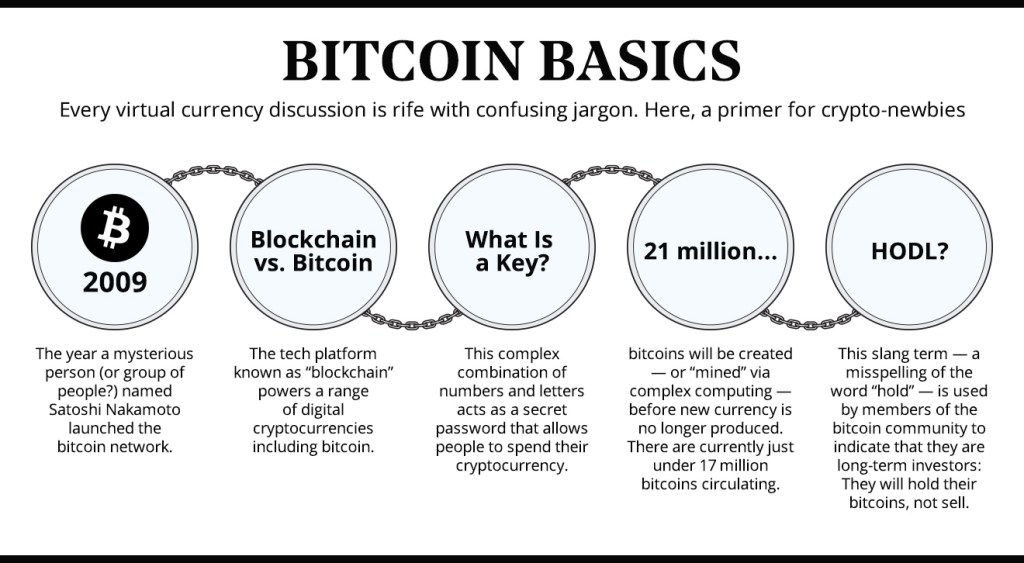 This story first appeared in the May 2 issue of The Hollywood Reporter magazine. To receive the magazine, click here to subscribe.