The Room, Tommy Wiseau’s passion project that went on to become a cult classic for being known as the worst movie ever made, will finally, 14 years after it first opened in just two theaters in Los Angeles, get a wide theatrical release Jan. 10.

The film, which was financed, produced, written and directed by Wiseau, centers on a man Johnny (Wiseau) and his best friend Mark (Greg Sestero), and a love triangle with Johnny’s future wife, Lisa. It was first released in 2003, and has, over the years, become beloved for its nontraditional filmmaking techniques and wooden acting. Midnight screenings often take place in Los Angeles and New York, with the audience interacting with the screening, from screaming lines to throwing plastic spoons. Celebrities including Seth Rogen, Kristen Bell and Jonah Hill have become passionate fans of the unusual film.

Fathom will release the film in around 600 theaters at 8 p.m. local time in the U.S. for its special one-day release. At the screenings, a new trailer for Wiseau’s and Sestero’s latest film, Best F(r)iends, will play ahead of The Room.

How 'The Room' Went From Disastrous Flop to Cult Phenomenon

“It’s really great because it’s going to tackle the other areas where people aren’t aware of the room still,” Wiseau tells THR. From Alaska to Hawaii, Utah to Florida, screenings will take place in multiple cities. He adds that he’s hoping to also have a screening at the Hollywood Bowl on the film’s 15th anniversary, June 24.

“I’ve never called it a cult phenomenon, or whatever they call it,” adds Wiseau, in his signature enigmatic way. “I call it a free expression, that’s what The Room represents. I encourage people to express themselves in the screenings. A ton of people ask me, ‘Why do you encourage that?’ I say, ‘Why not?’ What I wanted was to give them a smile and it’s their choice if they want to express themselves.”

The Room has seen a resurgence in the past several months with the release of The Disaster Artist, a new film helmed by James Franco. Franco plays Wiseau and also directs the A24 film. The project, which is currently in theaters, earned two Golden Globes nominations, one for best comedy and an actor nom for Franco. Franco also won the Gotham Award for best actor. The film is based on Sestero’s book of the same name, which chronicled his experiences on The Room.

Tickets for the Jan. 10 screenings of The Room can be purchased here, and a map below indicates where they’ll take place. 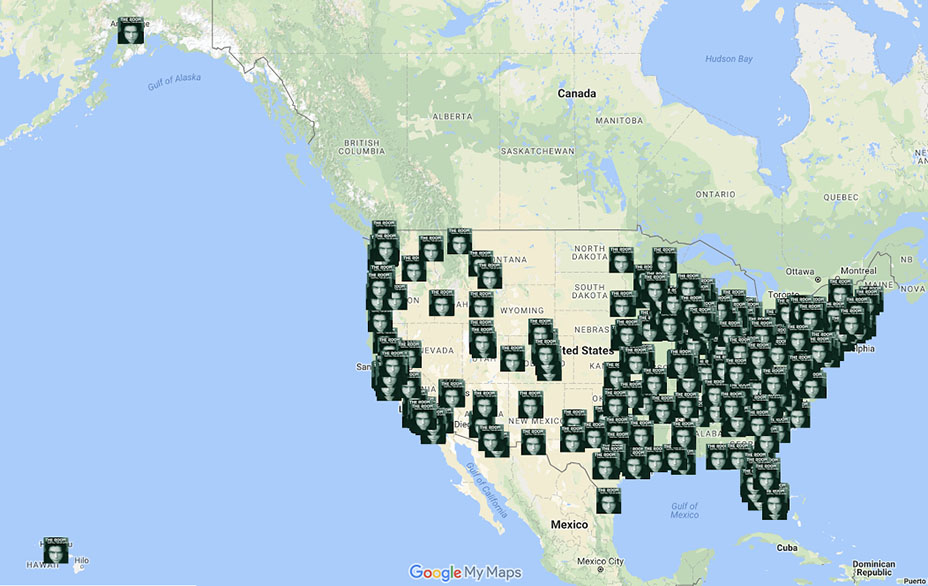