You might say that an actor taking on the title role of Cyrano de Bergerac doesn’t have to fill his predecessors’ shoes, as such, but to match the length of their nose. It seems an appendage they couldn’t do without. Even Gerard Depardieu, already generously endowed in that regard, employed prosthetic assistance for his lauded 1990 screen portrayal, as did Jose Ferrer for his Oscar-winning turn in 1950.

Such chat isn’t idle, given the significance of the facial feature for Edmond Rostand’s tortured hero — a brilliant man in so many ways, brought low by his perceived ugliness. And so it’s a bold move, one of many in this dazzlingly inventive and entertaining new version of the play, for its star to walk on stage unenhanced, to play Cyrano with only his own, rather modest schnoz.

Whatever the motivation might be (a challenge to our imaginations; a reminder that such considerations are subjective as well as superficial), James McAvoy makes us believe in the nose, its size and all the emotional and psychological consequences of it. The actor never disappoints onstage, and this is a multifaceted, thrilling, deeply moving performance.

It’s the fourth collaboration between McAvoy and director Jamie Lloyd, after Three Days of Rain, Macbeth and, most recently, The Ruling Class. With adapter Martin Crimp, they offer a version of the play that is dynamically remastered for a contemporary audience, particularly a younger one. Rostand’s Paris, while still clearly designated as 17th century, is now peopled with the multicultural inhabitants you’d find in a modern banlieue; his verse is made to crackle with the urban urgency of rap and grime. 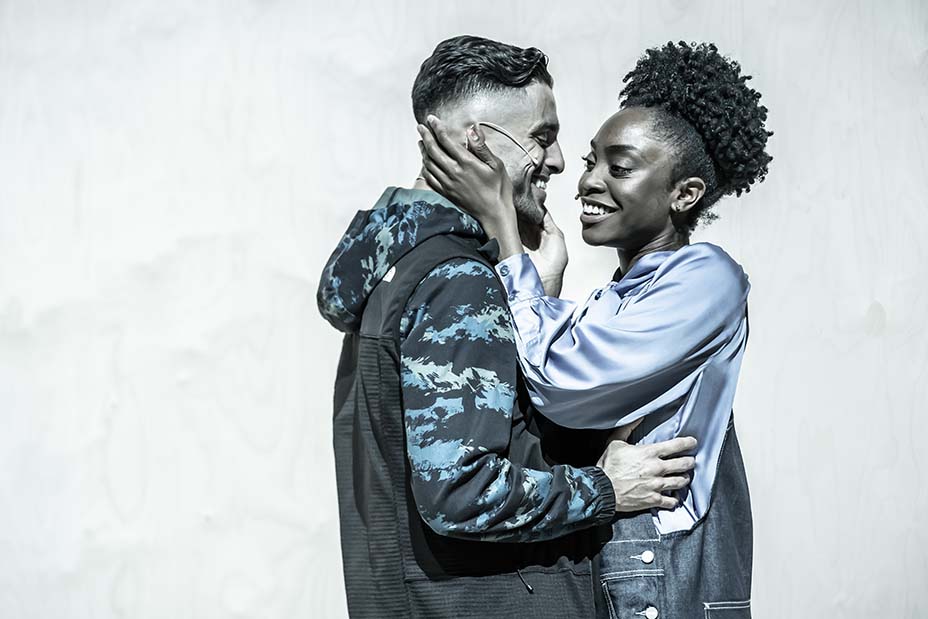 Period costume and swords have gone the same way as the famous appendage, to be replaced by contemporary streetwear. Staging is minimal, effectively an empty white box, save for a large mirror, plastic chairs, a lighting rig and, mostly notably, microphone stands — not for audibility (actors still have head mics) but to underline the fact that much of the story revolves around performance, from the theater confrontation that opens the play, to the self-referential acknowledgement of language as a tool or weapon of love, politics, violence and connection. The use of the mics also implies stand-up, narrowing the distance between actor and audience.

The opening scenes establish the approach. The ensemble first emerges monochrome from the shadows of the stage to face the audience head-on, accompanied by a mix of church music and beatboxing. As the scene-setting poet Ligniere (Nima Taleghani) discusses the merits of rhyme with sweet-toothed bookseller Leila Ragueneau (Michele Austin), it’s with a rapper’s thrust and delight in language. And when Cyrano confronts the man being lined up to marry his beloved Roxanne (Anita-Joy Uwajeh), their duel takes the form of a rap battle — the microphones in their hands being the closest these characters will come to a rapier.

Incidentally, McAvoy’s natural Glaswegian accent adds to the “outsider” dialects on display, and the sense of language bristling live and varied from street level. Ragueneau describes the hero as “the all-time crazy genius of the spoken word,” giving Cyrano a rock star halo that his appearance enforces: dressed all in black, tight-fitting jeans and jacket, boots, buzz cut and beard. And yet, when the man bemoans his condition as “to be ugly and in love” we believe it, because of the watery-eyed pathos and resigned humor that the Scot brings to the reflective, lonely, pained moments between Cyrano’s aggression and bravado.

Fundamentally, it’s business as usual. The warrior-poet Cyrano regards his nose as his “moral compass” in his crusade against the corrupt and mediocre; he makes powerful enemies in the process, including the vile de Guiche (Tom Edden), who also has his eyes on Roxane. Cyrano will help his true rival for her affections, the handsome new soldier in town, Christian, played by Eben Figueiredo as the kind of ill-cultured young man who wears his inarticulacy as a badge of honor, but whose insecurity is manifested by hands that judder and curl in on themselves whenever he’s asked to speak. And Uwajeh’s Roxane — beautiful, intelligent, with a haughty harshness when demanding her lover’s poetic best — would make any admirer quake at the knees. 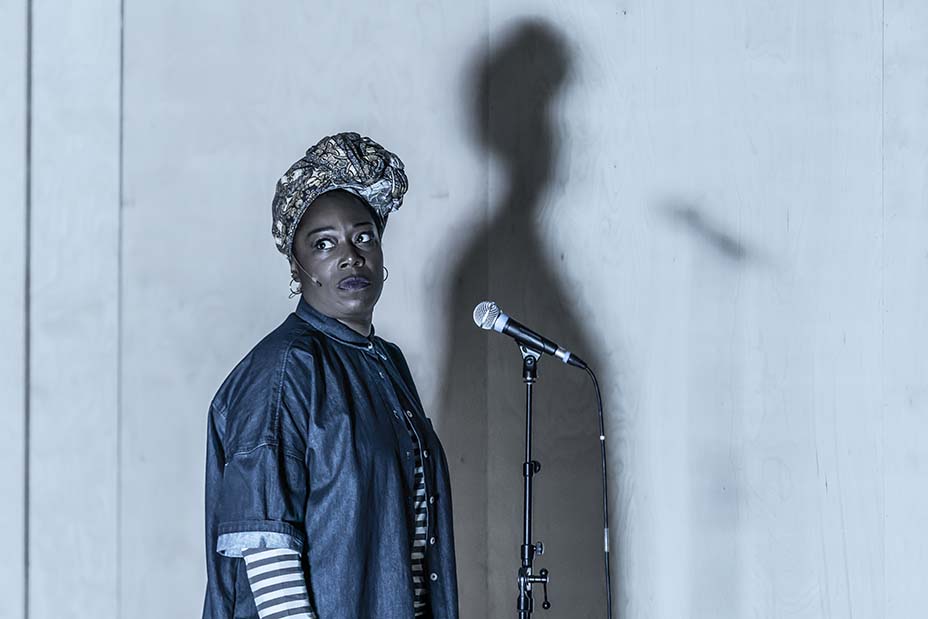 Alongside the humor and vitality of the language (even Christian gets a shot, when he describes his new mentor as “the man with the nose and acres of wet-dream prose”) is a pronounced physicality to the performances — soldiers strip off, Cyrano lifts his friends into the air, the courtship at Roxanne’s window (which can often be static) is transformed into a game of musical chairs. This last scene is exhilarating, especially when Cyrano switches from being Christian’s prompter to actively speaking as him — McAvoy skilfully impersonating Figueiredo, while dropping to a whisper as Cyrano expresses the love and lust that he’s harbored for years. It’s seductive, romantic and terribly poignant, considering that the scene ends with the other man in Roxane’s arms.

The supporting cast are uniformly excellent, in particular Uwajeh, who makes this a Roxane worthy of such epistolary efforts; Taleghani, as silver-tongued as the lead; and Austin, offering a sage presence who’s also a scream when commending her curd.

Lloyd allows the temperature to cool too much in the second half; the scenes at war, then 15 years later as a dying Cyrano’s true emotions are revealed, sometimes feel merely plaintive when they ought to be tragic. But there’s still daring at play, as when the lights are deliberately turned off in the entire auditorium; sharing complete darkness with characters at their lowest ebb is a powerful aide to sharing their loss. In this Cyrano, when a character observes that “rhyming is dead,” we understand the full depth of their meaning.