There’s no escaping Black Panther in Hollywood these days: At Sunday’s Fourth Hollywood Beauty Awards, hosted at the Avalon Hotel, the movie, once again, stole the show. The record-breaking film’s head of hairstyling, Camille Friend, and makeup artist, Tym Shutchai Buacharern, were both honored for outstanding achievement in their respective fields under waves of applause.

“Every black girl does have magic,” Danai Gurira, who plays Okoye in Black Panther, said in presenting the award for outstanding achievement in makeup to Buacharern. “But sometimes she needs a magician. And that’s what you have been.”

Friend, who designed hairstyles for Black Panther in a unique mix of Afrocentric celebration and reflection of the characters’ transformations throughout the movie, shared some insights on how she got to where she is today: “Always bring your A game … Nobody owes you anything. You earn it.”

Marina Toybina, who styled Katy Perry and Ariana Grande for their world tours and took home a styling award, echoed the sentiment of persistence in the pursuit of success. “I know how hard all of us work,” she said. “We don’t see our families. We don’t sleep.” Riawna Capri, who is responsible for Jennifer Lawrence’s famous pixie transformation, said her teacher at beauty school laughed in her face when she told him she wanted to style Britney Spears’ hair one day. 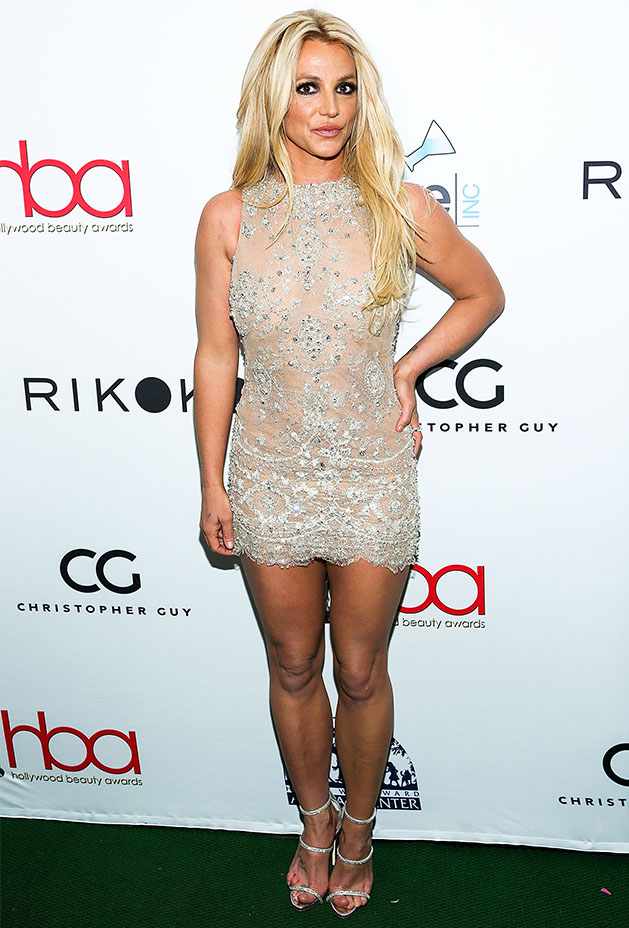 Spears, who was honored as well on Sunday with the fragrance of the year award for her Fantasy in Bloom perfume, thanked her team and jokingly compared the event to the Oscars. “When I was getting ready this evening, my sons were like, ‘Mom, are you going to the Oscars?’” she told the audience during her short onstage appearance. “I said, ‘Well, it’s kind of like the Oscars, and I won the biggest award there.’”

Still, many of those working behind the scenes to piece together the puzzle of a perfect onscreen look shared that they felt like they don’t always get the recognition they deserve. “Thank you for recognizing the work behind the scenes that often gets overlooked, ” Buacharern said in his acceptance speech. Kerry Washington, in presenting the award for makeup, said: “You often get acknowledged. But you don’t always get celebrated.”

But whereas Hollywood’s prime award shows honoring actors and the names higher up the credentials have turned into a manifesto of changing times for women in the industry, the Hollywood Beauty Awards honorees stayed overwhelmingly silent on the Time’s Up and #MeToo movement. Costume designer Ellen Mirojnick, who put together many of Michael Douglas’ most famous onscreen appearances, was the exception, pledging, as the honoree in costume design, that, “Time’s up for the past.”

Milan Fashion Week Finale: Drone Models at Dolce and Gabbana, Gigi and Tommy on a Speedway

Jane Seymour’s acceptance speech of the Timeless Beauty Award at the end of the show was also a standout. The actress challenged the pressure of being beautiful in Hollywood, admitting that, “I have no idea why I’m being honored with this, because I never thought of myself as being beautiful.” When she was getting her start in Hollywood, Seymour said she was told “they don’t want you” because she had two differently colored eyes.

Seymour continued that her success wouldn’t have happened, “if it wasn’t for all of you, all of the amazing makeup artists and designers and hairstylists… We’re not alone. We’re a big group, and we’re doing this together.”