If Danai Gurira were any busier, she would probably explode.

As an actor, playwright, social activist and regular on AMC’s long-running zombie drama The Walking Dead, the 40-year-old Zimbabwean-American has long had to juggle multi-hyphenate fame. But her profile has rocketed into orbit recently, after she played fierce, shaven-headed warrior Okoye in the two biggest movies of 2018, Black Panther and Avengers: Infinity War. With a joint box office total north of $3 billion, both are already among the top 10-grossing releases of all time.

How does Gurira balance so many commitments? “It’s a journey, a step-by-step process,” she tells The Hollywood Reporter. “It isn’t a perfect science; there are times when I have to make adjustments. But generally what I get to do is tell stories. That is what I feel is really at the core of my purpose. And it comes in different forms for me, so that is also a real blessing.”

Gurira is in London this week to oversee a buzzy revival of her 2012 play The Convert at the Old Vic. Directed by Ola Ince, this prestige production features a terrific lead performance by Black Panther co-star Letitia Wright as a young girl torn between forced marriage and Christian conversion in late-19th-century Rhodesia, the former British colonial name of Gurira’s ancestral homeland, Zimbabwe.

The Convert is superbly acted, sharply scripted and — given its spiky themes — surprisingly funny. “It deals with a time when the iron fist of colonialism is coming down pretty hard in Southern Africa,” Gurira explains. “It is about the way the colonial powers intertwined religion and colonization.” 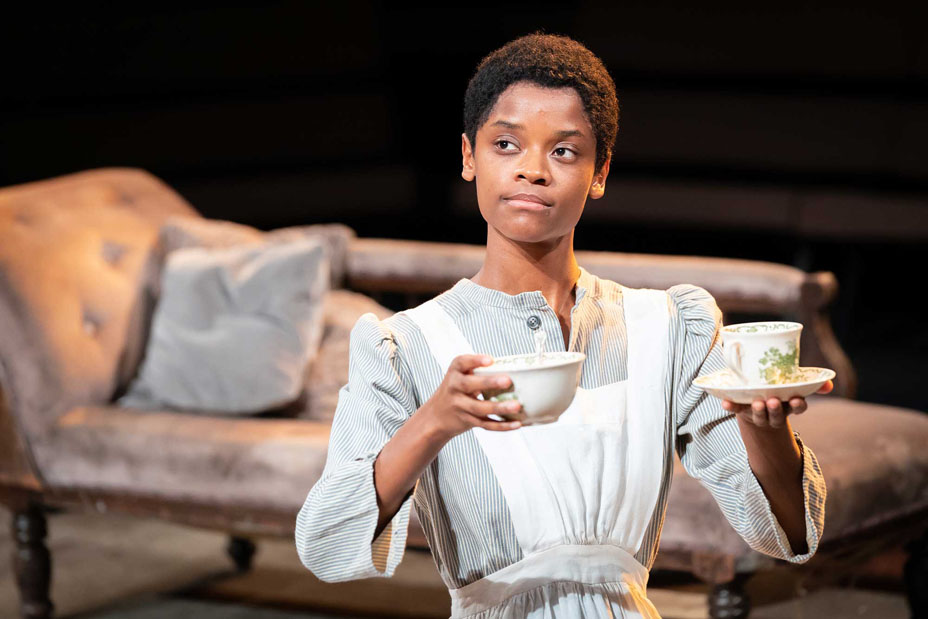 Gurira’s playwriting career has been blossoming in the last few years. Her 2015 autobiographical drama Familiar was produced the following year off-Broadway and has just been revived by the Steppenwolf in Chicago, opening to warm reviews last week. But she disputes whether her growing stage profile has been directly boosted by Black Panther, pointing out that her award-winning Broadway breakthrough Eclipsed, which starred another Black Panther castmate, Lupita Nyong’o, opened in 2016, before she was even cast as Okoye. Both The Convert and Familiar also predate her blockbuster fame.

“I don’t really know how much they entirely feed each other, because I’ve had a relationship with most of these theaters for quite a while,” she explains. “I’ve had artistic directors go, ‘When are you going to be done with this acting on screen thing?’ Ha! Because they just want me to be a playwright. So I can’t really say it’s all connected, but I love that I’ve been able to play this great female character and I’m also able to have this whole other existence as a playwright.”

When Eclipsed began its run at the John Golden Theater in 2016, it became the first ever Broadway production with a creative team entirely composed of women of color, a shockingly overdue landmark, says Gurira. But she feels cautiously optimistic that American theater is slowly becoming more diverse, both onstage and off.

“It’s a question of weather versus climate, right?” she laughs. “I’ve been very fortunate in terms of theater in general. I’ve found a lot of great homes for my plays, great partnerships with artistic directors across the U.S. and even in London now as well. But we have to see how that journey progresses. Hopefully there is a clearer understanding that getting these more diverse voices out there, getting the perspective of people who are often unheard from, is always an enriching experience for any art form.”

Beyond her existing stage and screen commitments, Gurira is currently trying on yet more hats, with plans to become a showrunner and director. Her TV miniseries adaptation of Chimamanda Ngozi Adichie’s acclaimed 2013 novel Americanah is currently in development, with serial collaborator Nyong’o set to produce and star. 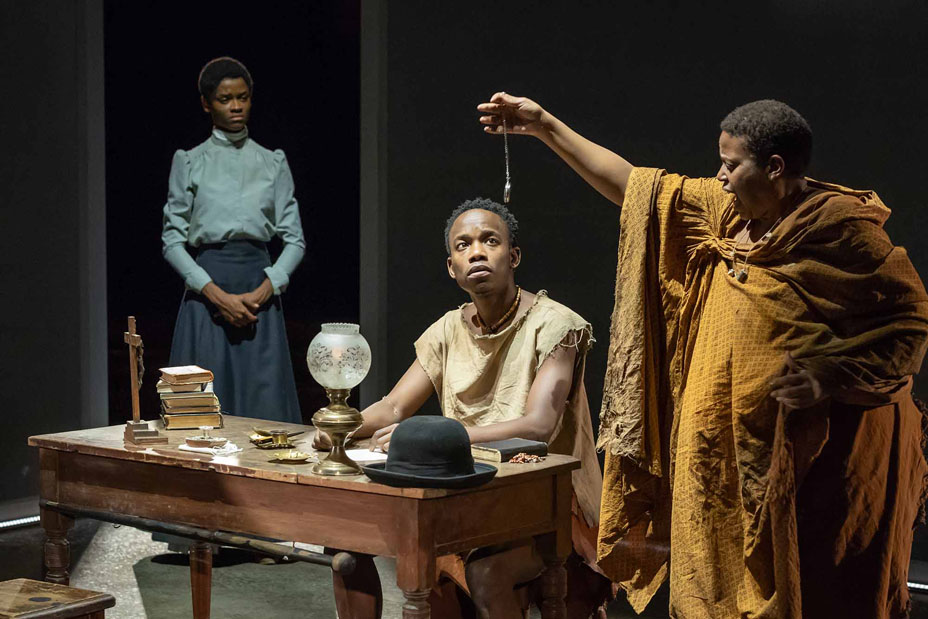 Gurira also has directing ambitions, though she is unwilling to divulge details. “I am interested in directing,” she confirms. “Not theater though, ha! In theater I just like being a playwright. But for screen, there is definitely a plan in the not too distant future to helm something. Absolutely.”

Meanwhile, the unstoppable roller-coaster success of Black Panther is far from over. Freshly garlanded with three Golden Globe nominations, Ryan Coogler’s Afro-futurist blockbuster is widely tipped for Oscar glory, and a sequel is already in gestation. But this global triumph goes far beyond awards chatter and billion-dollar box office. Marvel’s megabucks milestone has become a genuine phenomenon, breaking new ground both for superhero movies and filmmakers of color.

Gurira believes it has resonated so deeply due to multiple factors, from its monumental scale and unprecedented dramatic milieu to its respectful incorporation of real African cultural elements, including painstakingly accurate accents and Xhosa-language dialogue.

“It resonated on a level that people really seem to have been wanting,” she says. “It’s about the world having been ready, I believe, to see a diverse perspective celebrated on an epic level. And then, of course, we poured everything we had into that movie, because we understood that we were stepping into untested ground.”

Even so, she is reluctant to speculate on the film’s Oscar chances. “Listen, we’re just celebrating the work and enjoying the ride!” she laughs. “That’s all we can do, and it’s an awesome thing to be able to do.” 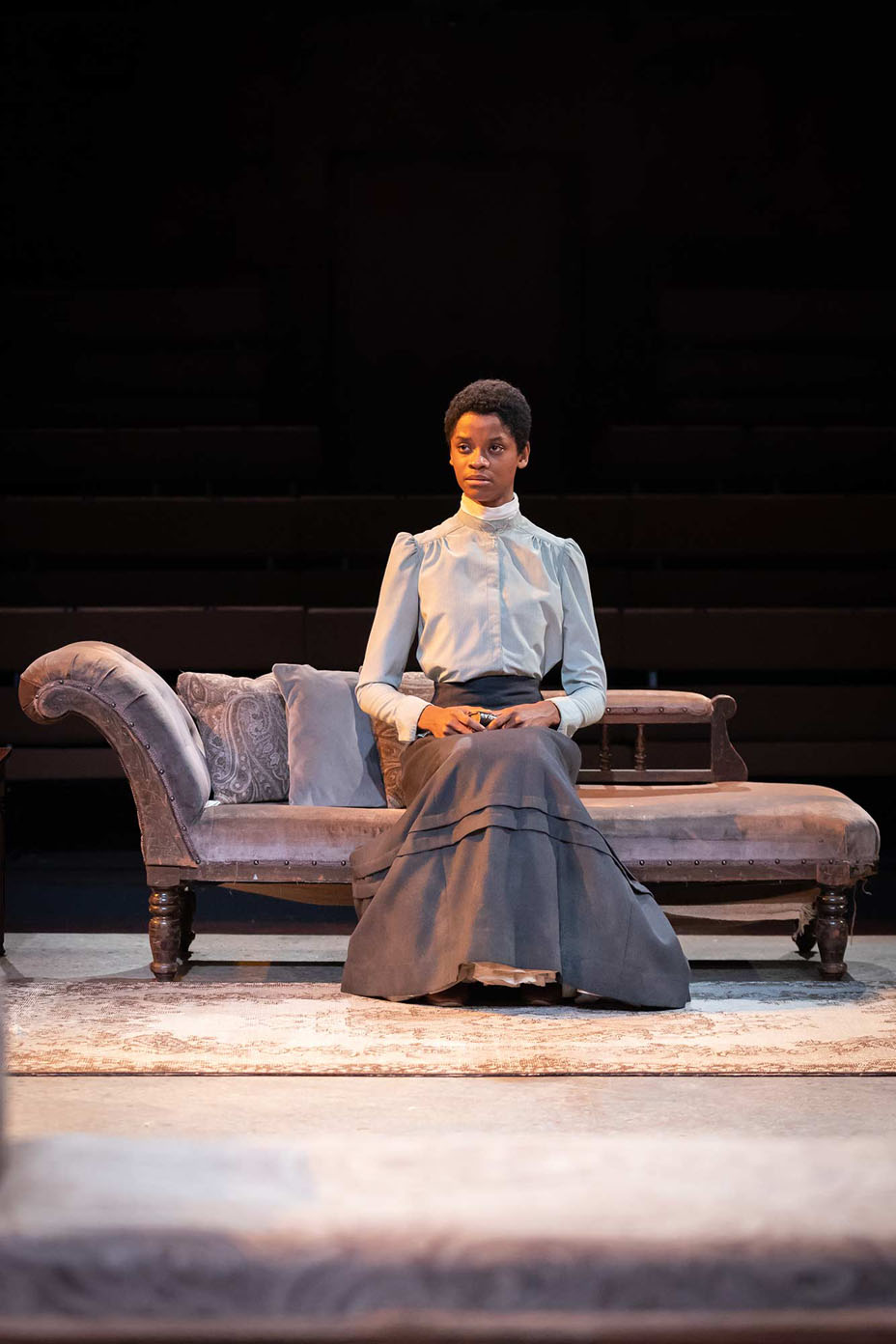