David Cassidy, who made hit records and girls swoon in the 1970s as the young star of ABC’s The Partridge Family, has died. He was 67.

Cassidy died Tuesday, according to his longtime rep. He was reported to be in a Florida hospital suffering from multiple organ failure. “On behalf of the entire Cassidy family, it is with great sadness that we announce the passing of our father, our uncle, and our dear brother, David Cassidy,” his rep, JoAnn Geffen, said in a statement given to The Hollywood Reporter. “David died surrounded by those he loved, with joy in his heart and free from the pain that had gripped him for so long. Thank you for the abundance and support you have shown him these many years.”

In February, the entertainer revealed that he had dementia and would no longer appear in concert in an effort to focus on his health and “enjoy life.” He had fallen onstage and forgotten lyrics during a show in Agoura Hills, Calif.

“When friends of yours or family members begin to say to you, ‘Remember, I just told you this two days ago’ and there’s no memory of it, that’s when I began to be very concerned,” Cassidy said on Dr. Phil.

Cassidy’s Partridge Family co-star Shirley Jones paid tribute to her friend in a statement to THR: “Long before he played my son on The Partridge Family, David Cassidy was my stepson in real life. As a little boy, his sweet sensitivity and wicked sense of humor were already on display, and I will treasure the years we spent working and growing together. I will also find solace knowing that David is now with his dad. My heart is with David’s daughter, Katie, his son, Beau, and with Shaun, Patrick, and Ryan, whom I know are deeply missing their brother today. Thank you for the enormous outpouring of affection you have offered our family at this difficult time.”

Shaun, Cassidy’s brother, paid tribute to him with a series of tweets on Wednesday: “When I was a little boy and my big brother would come to visit, the first call of business would be a punishing pillow fight. During the battle, he would regale me with hysterical stories of our father, often culminating in his taking a giant leap off my top bunk … I tried to catch him of course. I always tried to catch him. But I never could. Now, I will carry him, along with all of the funny/sad/extraordinary days we shared, none more filled with love than these last few at his side.”

Cassidy had numerous personal problems in the decades following his breakthrough on television, ranging from substance abuse and drunk-driving arrests to bankruptcy.

The show centered on a suburban family that had a band comprised of a widowed mom — played by Jones, Cassidy’s real-life stepmother — and her five kids: Cassidy (the oldest), Susan Dey, Danny Bonaduce, Suzanne Crough and Jeremy Gelbwaks/Brian Forster. Each episode had the family doing a song. Cassidy actually played guitar and sang and Jones provided backing vocals, but the rest of the “band” was faking it.

Cassidy and Jones performed on The Partridge Family‘s debut single, “I Think I Love You,” which reached No. 1 on the Billboard Hot 100 in November 1970 just as his new show was catching on. The single sold more than 5 million copies, and The Partridge Family went on to release eight albums.

Cassidy also fronted five solo albums, and his vocals also powered such hits as “Cherish,” “Come On Get Happy” (his show’s signature tune), “I Write the Songs,” “The Last Kiss” and “Lyin’ to Myself.” 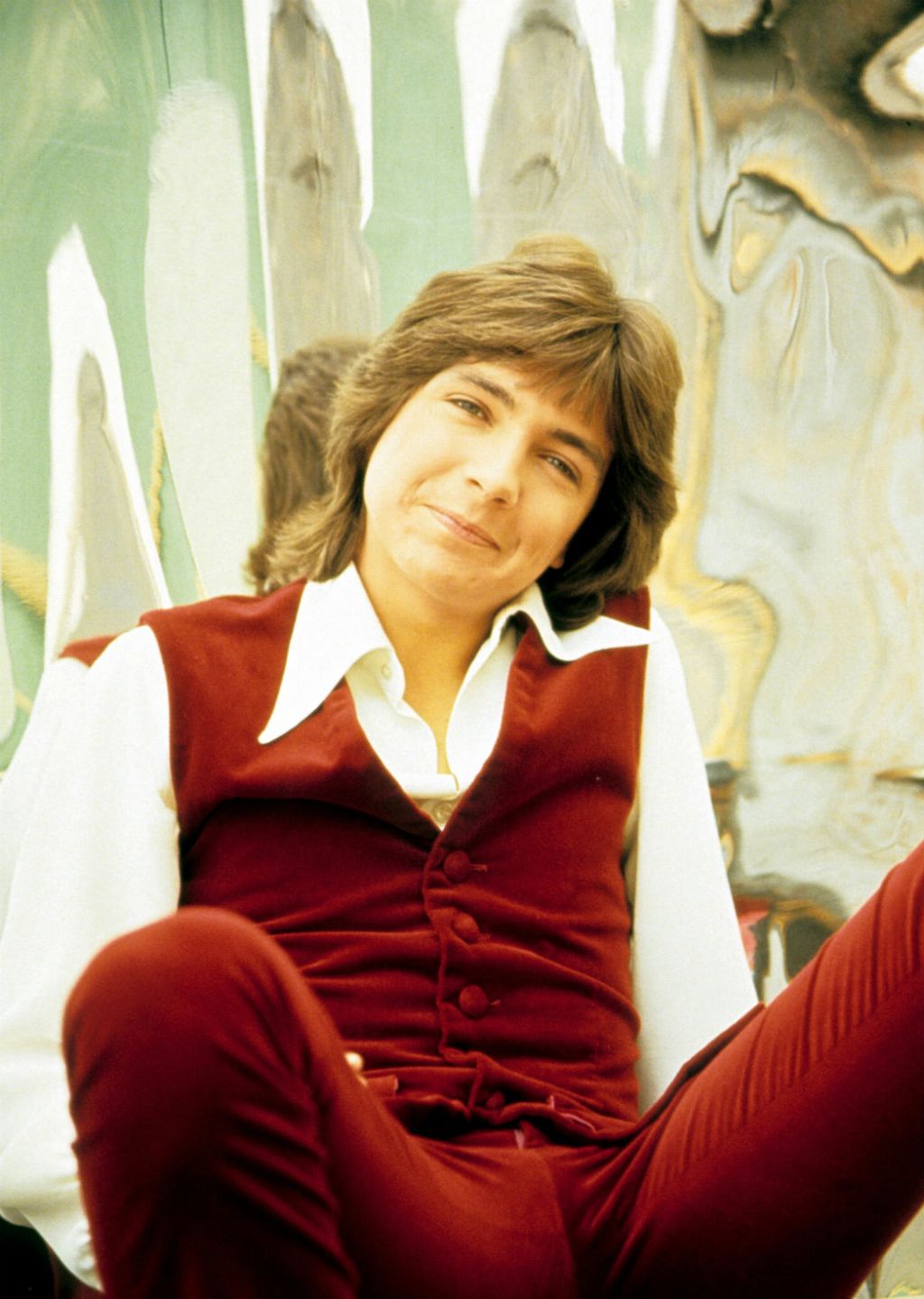 He became a huge concert draw and one of music’s highest-paid acts, selling out such venues as the Houston Astrodome, Madison Square Garden and Wembley Stadium. A stampede at one of his shows in London resulted in the death of a teenage girl in 1974.

In 1996, Cassidy was still such a force that he headlined the $75 million EFX show at the MGM Grand Hotel in Las Vegas.

“I played in concerts all over the world, in stadiums and in coliseums and huge outdoor arenas,” he said in 2010. “When I went all over the world, they called it World War Three. There were hundreds of thousands of people. What happened was that parents would bring their kids. The parents would be outside waiting for them. Actually, there were more people outside, cars and parents waiting for their kids to find them. There was such chaos and madness in those days.”

In 1978, Cassidy was nominated for an Emmy for starring on an episode of NBC’s Police Story in which he played a narcotics cop who goes undercover at a high school. It served as the pilot for the series David Cassidy — Man Undercover, which lasted just 10 episodes in 1978-79.

Cassidy was born on April 12, 1950, in New York City, the son of singer-actor Jack Cassidy and actress Evelyn Ward. After his parents divorced, his dad married Oklahoma! star Jones in 1956, and they would have sons Shaun, Patrick and Ryan.

In January 1969, Cassidy appeared on Broadway in the musical The Fig Leaves Are Falling. It lasted just four performances, but it led to a screen test. Cassidy signed with Universal and appeared on episodes of Ironside, The F.B.I., Marcus Welby, M.D., Adam-12 and Bonanza.

Bernard Slade, who created The Partridge Family, did not realize Cassidy could sing or play when he auditioned him; he figured his good looks were more than enough to justify bringing him on board.

But then Cassidy — who played in blues bands and was a big B.B. King fan — snuck in a lick or two of Hendrix.

In 1972, seeking to shed his bubblegum image while The Partridge Family was still on the air, he posed nude for Annie Leibovitz for a startling Rolling Stone cover story that revealed he liked to get stoned.

Cassidy replaced Allen Fawcett as the star of the Tony-nominated, Gail Berman-produced Joseph and the Amazing Technicolor Dreamcoat on Broadway in 1982, and he also appeared onstage in London’s West End.

Later, Cassidy was a regular on the ABC Family series Ruby & the Rockits and showed up on such shows as The Love Boat, Fantasy Island, Alfred Hitchcock Presents, The Ben Stiller Show, Malcolm in the Middle and CSI: Crime Scene Investigation. He also was a contestant on Celebrity Apprentice in 2011; he got into a spat with Richard Hatch and was the first to be fired.

His memoir, Come On, Get Happy: Fear and Loathing on The Partridge Family Bus, was published in 1994.